Tomatoes and peppers from cuttings?

Has anyone here ever done this before? I know I have heard of people growing tomatoes from suckers but don’t know what the best process is and what about peppers? Can they be grown from cuttings? I have one jalapeno that is out performing anything I have ever grown before. Bigger and better production for sure and I want to replicate them. Thanks guys!

Should be doable- and people are grafting toms now, peppers too I would think. Tomatoes root easily, and with rooting hormone I think other members of the sol. family probably would too. But I don’t have any personal experience aside from sticking tomato suckers in the soil and letting them take off.

If your Jalapeno is not a hybrid you might do well saving seed, too.

I think it is a hybrib which made me want to clone it instead. Plus I think the cutting will get into production much faster than a seed. Same thing with the tomatoes. Thank you!

I would try saving seed even if it is a hybrid (of course try cloning as well). Many hybrids can reproduce reasonably well from seed, and can be grown out over a few generations to a stable variety. If you are going to do this though, you might want to get a few peppers where you have prevented cross pollination, so that you are saving these genetics.

I’ve rooted tomato suckers several times and it is quite easy. I usually do it if I see blight setting in and I’m worried about losing a particular variety for the season. I find a sucker that still looks free of blight - suckers between 6-9 inches long work well - trim off any lower growth so that all leaves are off the bottom 1/2 of the stem (sometimes no trimming of leaves is required) and put them in very moist potting soil with the bottom half in the soil. Then I put that pot inside or in heavy shade and just wait. Most look wilty for a few days, but perk up. If it is really hot out keeping them inside might be better, but be careful if your humidity is low inside from the AC. If keeping them inside I put a loose plastic bag over the pot and that helps keep them from ever going too wilty. I pinch out any buds on the sucker before rooting and any new buds until the plant gets some size. This is much quicker than starting new plants from seed and they seem to get into fruiting mode much faster than a seedling as well.

I expect peppers would be similar, but might take longer to root so I would use a plastic bag loosely over it or a the cut off top of a clear soda bottle and probably use rooting hormone to get it going faster.

If that fails, I would try doing a semi-layering by putting a little rooting hormone on the base of the branch I wanted to root and just wrapping a little wet sphagnum moss around that in some saran wrap. I’d check it every few days and once I saw roots starting go ahead and cut it off and put it in the moist potting soil with the humidity cover. I don’t think you’d need much moss and probably don’t need to wait until you see real long roots - I think it would work as soon as you saw the roots just starting. But since I haven’t tried it with peppers this is just what I think would work.

Let us know how it goes.

Tomatoes are extremely vigorous rooters, and establish from cuttings with almost no effort for me. A tomato that flops over will root along the entire stem, so your job is just to keep it from drying up until it does. I take foot long clippings strip the leaves off 2/3s, make a furrow, and plant it at under 45 degrees with just the top poking out.

I also just randomly stick clippings into my ponds bog waterfall with some clippings of willow upstream. It’s the most reliable hydroponic method I have ever used.

With tomatoes, you are definitely correct, the best reason for cloning is definitely early blight, and layering works well. However, you don’t need to get elaborate: putting a rock on a stem on a pot has worked very well for me in the past. I tend to plant a bunch of saved seed, and only successfully get a few of them growing vigorously. Then I hack those up and fill my yard with tomatoes! Ditto for marigolds!

Late in the afternoon, plant tomato suckers in good loose soil where they will be for the season. Water them. Using cardboard or something similar (cereal box works well), fold it so that it resembles a tent. Place the tent over the tomatoes suckers securing both sides with something like bricks so that it does not get blown away. This is to provide shade so that tomato sucker does not wilt. Keep them watered and covered until they show growth.

The waterfall method is awesome! Thanks for the tips.

What kind of plastic bag do you use? Like a grocery store bag? Thanks for the tips!

Hey just wanted to thank everybody for the great tips! Ill let everyone know what works.

I am late to the discussion but I have rooted bell pepper cuttings in a cloning machine . They are a little slower than tomato cuttings .

Glad you posted I should have posted a long time ago. I rooted almost at 100 percent peppers and tomatoes in my gh last summer. Took cuttings, stripped leaves, buried the cuttings about half way up the stem or maybe a little more in potting soil and kept moist. Bam. I am about to plant all of the peppers, overwintered in my gh, into the grounf here in Dallas. Many have already made peppers! Like big ones!

I love the wonderful resource that is growingfruit.org!
I have one each of my tomato rootstocks just planted and growing like weeds. I might keep seed and try those next year, but I am going to try rooting suckers for more tomato plants for the greenhouse.

Thanks everyone for the tips.

after topping pepper plants, i’ve successfully rooted the cuttings in coco coir. no rooting hormone necessary. you don’t even need to stare at ‘em much to make ‘em grow.

I rooted suckers and stems with ease. Just keep soil moist and in a shadier place until the push new growth. I was amazed at how well they did.

Lol! I did mine in peat perlite mix and they worked great. I’m sure coir is great too.

Around here, this time of year, topping your tomatoes and trenching the cuttings will often give you almost a hedge of new growth from each node under ground in addition to the tip taking off.

last night i went on a beheading binge. 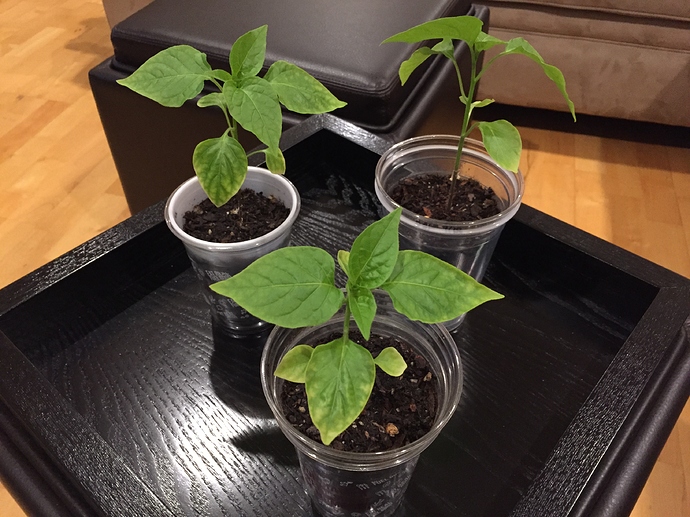 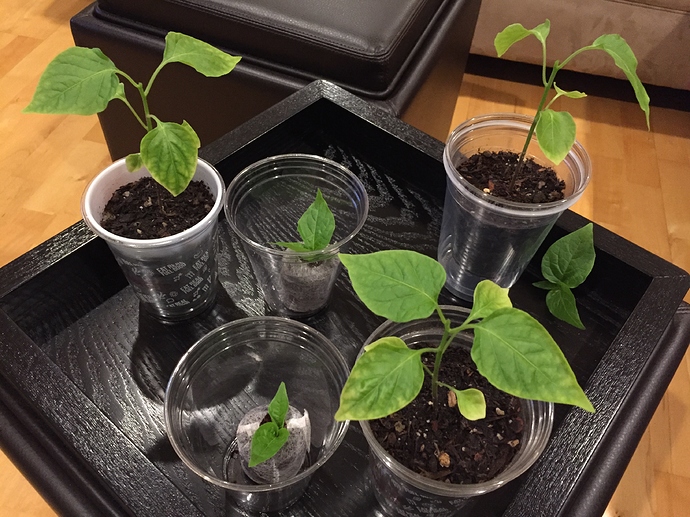 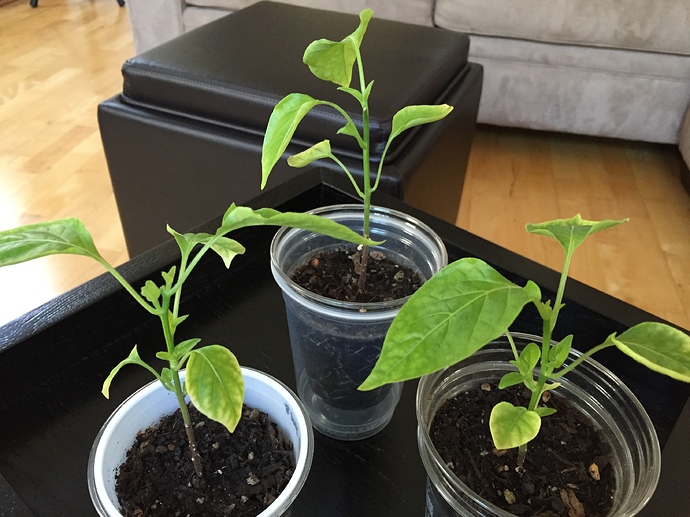