Been promising Bill (Auburn) I would post a grown-up picture of this experiment (The ongoing saga of the prune on nanking cherry) and here’s a couple. The first should be a baby picture and the second and thirdshould be nine years later. To date we have enjoyed two plums from this tree! 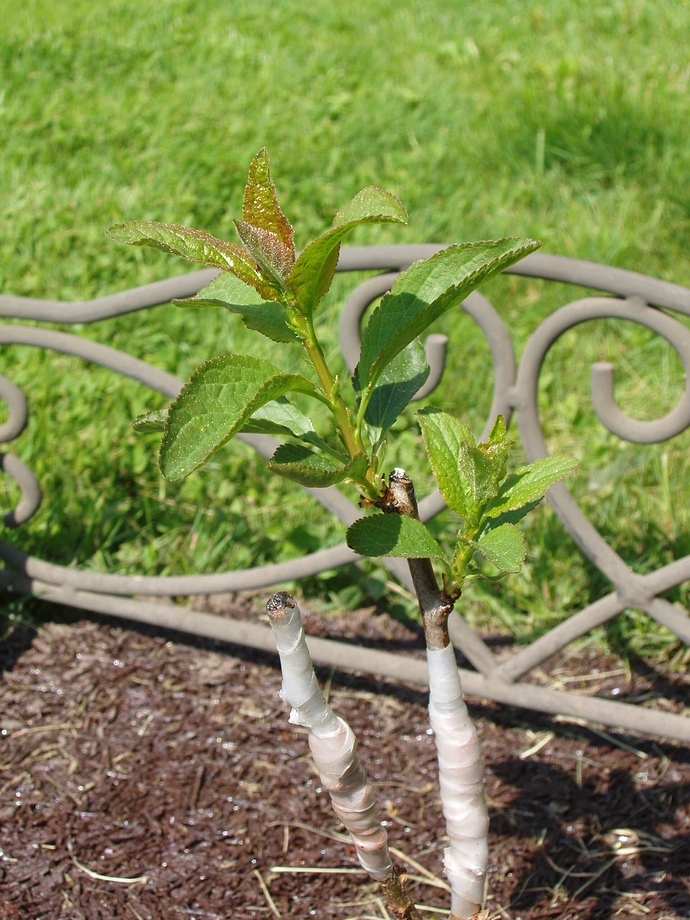 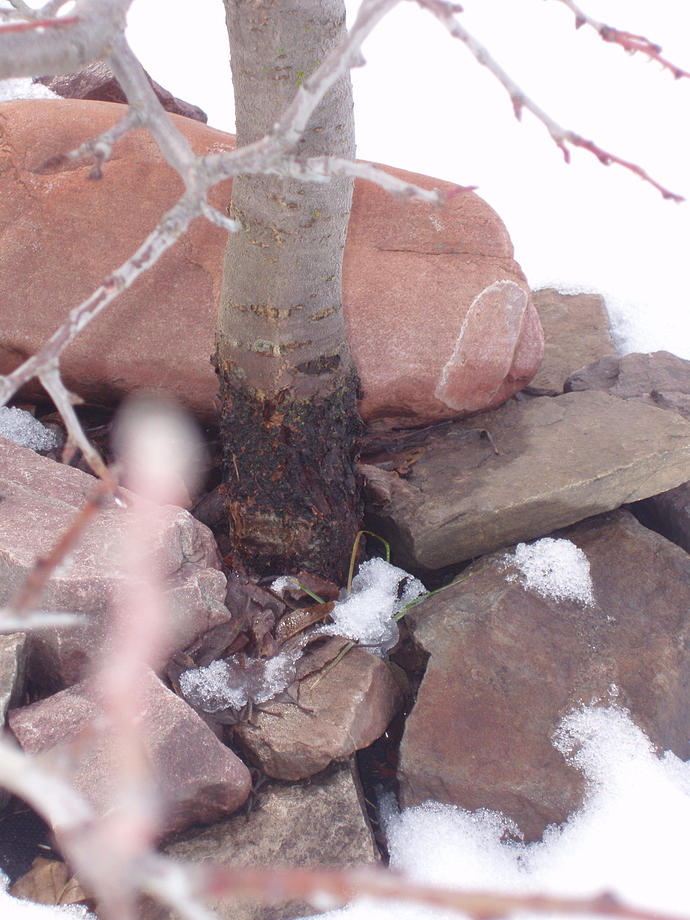 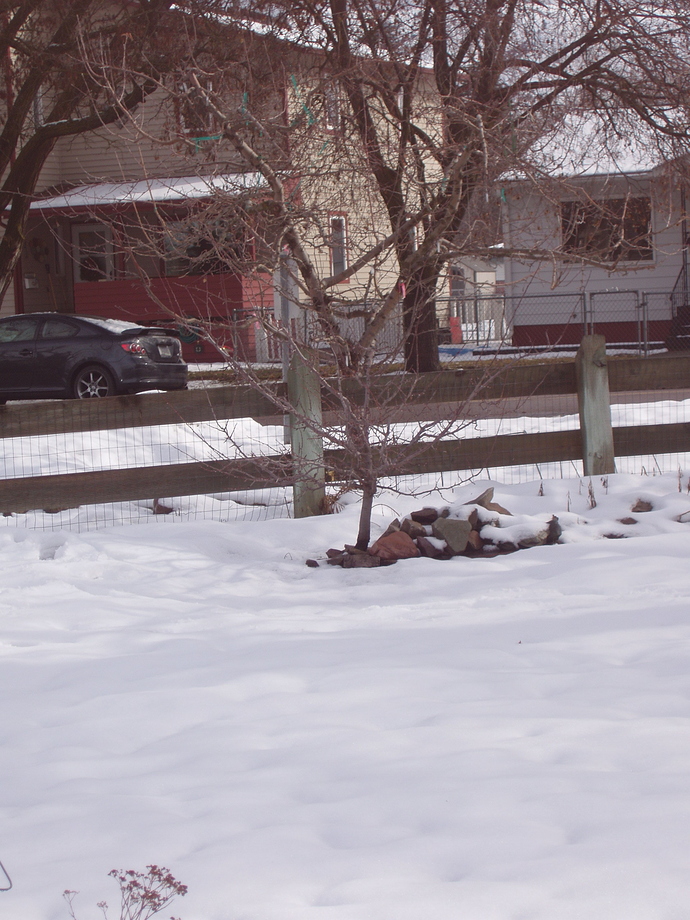 Our snow is finally receding- the last two pictures were just shot.

Should not have photographed that with the apple behind the plum! The plum is the little one on the inside of the fence with the rocks at the base. The apple is much larger and outside the fence.

The graft Union seems healthy looking. I wonder why it has been so slow to fruit?

Don’t know- but the control (a root from the same clone that I transplanted at the same time) is on the same schedule, and the original tree was the same after I transplanted it 20-25 years ago.

So being slow to fruit could just be the variety. A very interesting project.

It looks healthy and has a nice looking graft union.