Let’s get the new year started! What with the pandemic, I see several online seed sellers have sold out early of a number of watermelon varieties.

This year, I have ordered the following from Twilley Seed for planting in early May here in Zone 7a.

In addition to those, I’ll plant a couple Jubimax, which @stephen03 graciously sent me.

Anyone else decided yet what you’ll plant?

Not decided, but have completed seed inventory. Here is what I have currently available.

I’m leaning toward Yellow Moon & Stars since I need fresh seed. I may also manage to get some Ledmon grown in another garden. I grow for seed production as well as eating so don’t grow more than one variety in a location each year.

I am doing an early planting of Bradford from my greenhouse as transplants to get seed from. Direct seed will be:
Black Mountain
Dixielee
Ledmon
Orangeglo
Sweet Princess
Wibb

Does anyone have seed for the Illiniwek Red Seeded Watermelon? It is supposed to be one hell of a watermelon.

I tried to grow it years ago using seeds from Grin, but never got any watermelons that reached maturity. 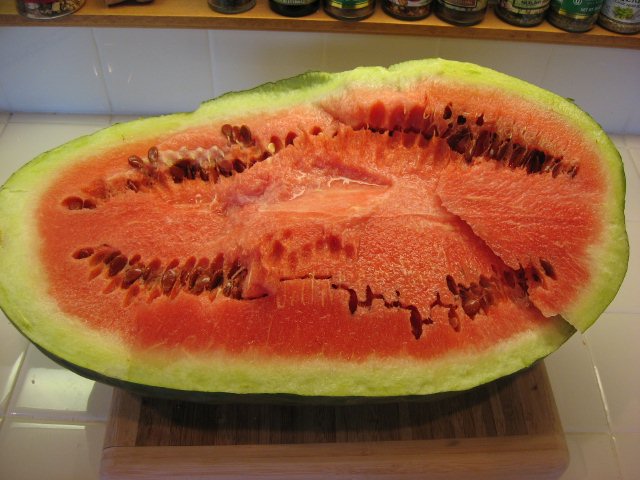 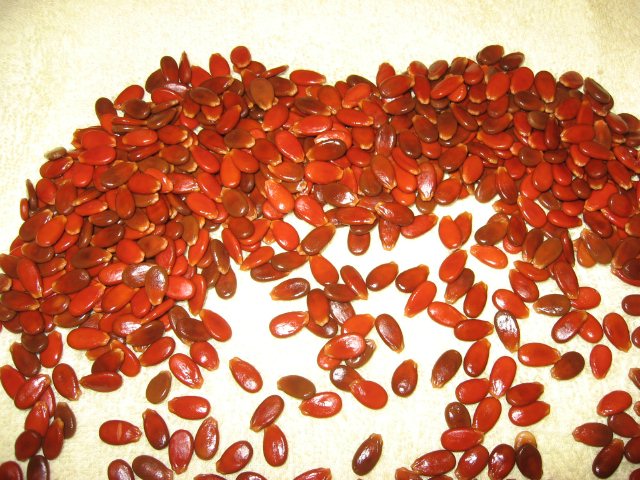 For March planting direct and transplant:

I got all my seed in a couple weeks ago, I’m going with the following this year:
Starbrite
Summerflavor 720
Sangria
Big stripe
Jade star

I would have never grown most on this list without the help from people on this forum, I really appreciate the help. Starbrite will be new to me this year, but the others were all winners last year in my location. I might grow a few hills of Charleston gray, but not full rows. Crimson sweet, jubilee, jubilee improved, and black diamond are getting cut from my list this year.

Find time and space to trial Yellow Moon & Stars. It is one of the best flavored watermelons I’ve grown.

Nothing but Strawberry. For the past three seasons, it’s been the best-tasting, best-performing watermelon I’ve ever grown, bar none. And I have seed already!

I will probably start saving some seed, too.

I’ve given up on C. melo. The battle against cucumber beetles/wilt is a losing one here as far as honeydews, muskmelons and the like are concerned.

I’ve got a few germinating. If they make it, these will be the earliest plants I’ve had, so maybe I can eat some fruit before July is out.

Anybody else got watermelons going?

I’m trying Mambo and Mini Love Hybrid melons this year. They are both relatively small and early ripening for our short season. They are just peaking through in their indoor cells.

I am growing blacktail mountain watermelon, Canary melons and minnesota midget muskmelons this year all are doing good and ready to transplant even though my weather is not

Kholodok watermelon seed are in the ground and starting to germinate. This is a storage melon that reaches peak flavor a few months after harvest.

I have Kansas cantaloupes started. With a bit of luck, I’ll wind up with too many to eat and have to start selling them at the local farmers market.

and seed from my domestic watermelon landrace to grow out and refresh. Didn’t have the space to work on the citron melon - watermelon hybrids this year.

PI 549163 is planted specifically for a novel non-serrated leaf trait. Theoretically it may provide an advantage to watermelons in non-African temperate northern climates. At least that is the hope. No need for desert adapted leaves any more in my opinion.

I’m growing Halona and Yellow Baby Doll. I’m also going to try growing a canary melon from the store that I saved seeds from, and that my son was crazy about.

I’ve never had good luck with melons though, they don’t love my climate. Out of 6 seedlings I planted last year, I only got 1 melon total, and that was a Cream of Saskatchewan. Beautiful melon but way too many seeds and not much flavour. I grew that one next to a south facing wall which it seemed to like.

Just got done planting 285 hills of watermelon and 45 hills of cantaloupe. It flat out kicked our buts. We usually spread the planting out over a week, squeezed it in in 1 day this year with all the rain we have had and more coming.

That’s a lot of work, @ctduckhunter ! What varieties did you plant?

Just got done planting 285 hills of watermelon and 45 hills of cantaloupe.

I went with mostly Big stripe, summerflavor 720, starbrite, jade star and Sangria. Just a few Charleston gray and jubilee improved to finish out a couple rows where I ran out of seed. I’m thinking I’m going to narrow those top 5 varieties to just 3 varieties next year, it will just make things easier on ordering bulk. What varieties did you plant? I just planted seed this year, no plugs this year. I’m also atleast 2 weeks later than I was hoping to be, but it has been cool and rainy, so earlier planting was not an option.

Sounds good. You’ll have plenty to sell, that’s for sure

For me, SummerFlavor 720, Orange Krush, Sangria, GA Rattlesnake, and Jubimax. So five varieties , but only about 20 plants total. I’m at least two weeks ahead of last year, but we’ve got a long way to go.