I’ve noticed some weird growths on a young quince tree. I have no idea what it is, if it’s caused by insects, if it’s viral…
.
It’s almost as hard as a typical branch but has just ever the slightest give when pushed with my thumb.

Has anyone ran into this? 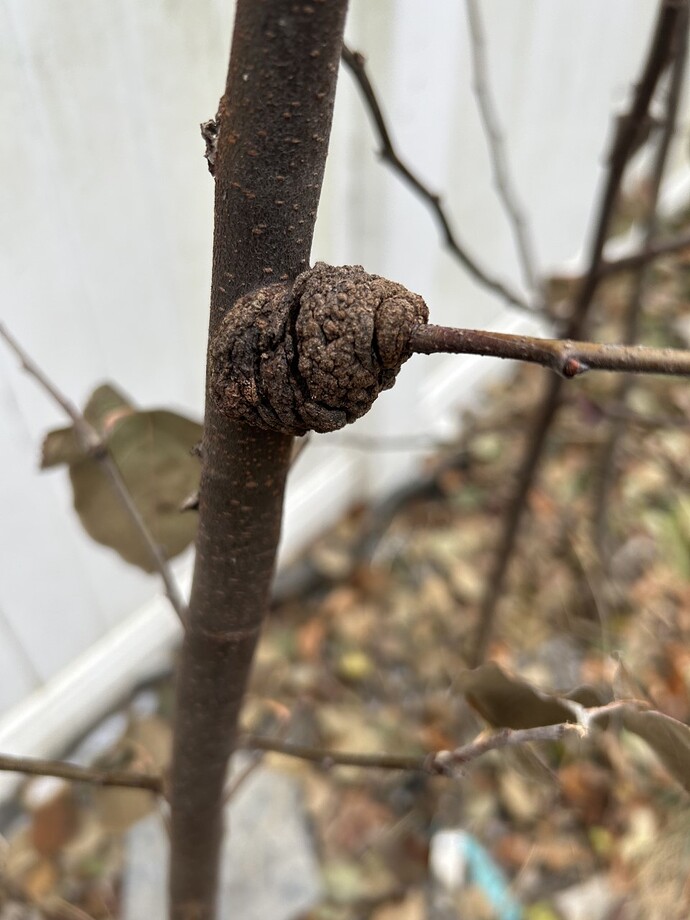 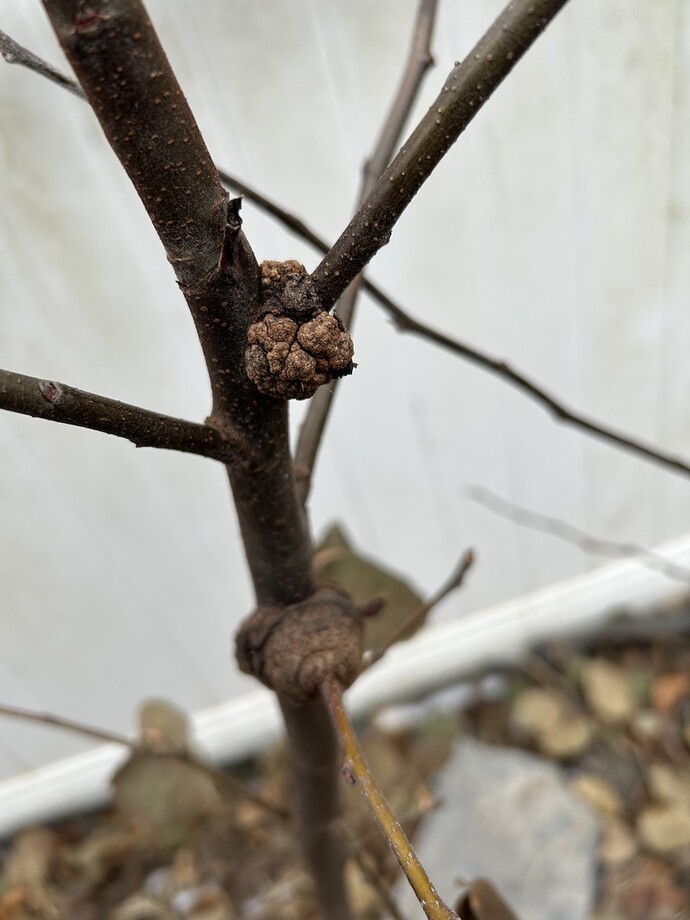 Most likely, these knots are from cedar-quince rust, a disease caused by fungus Gymnosporangium clavipes. See, for example, here or here.

Yes Stan is most likely correct. I had the same on my pear, the leaves were heavily infected by pear cedar rust and it created similar knots on the pear as well. It is not exactly common that wood would get infected as well but it happens. Seems like young trees are especially sensitive

Cedar quince rust is bad stuff, it will ruin all your fruits. One spray of myclobutanil after petal fall should prevent it.

It does look similar, but black knot only affects Prunus. It cannot happen on a quince.

I’m going to throw in “crown gall” as well. I’ve seen it sprout out of buds and above the ground like that.