What Herbs to Grow as Tea Leaf?

I’m finishing my last batch of pineapple sage. So I’m thinking what else is good to dry and use as part of the tea leaf. I originally like the flower of the pineapple sage, then I realized it can be used as good team supplement or substitute. I like the slightly bitter taste. I believe other sages have been used as tea too.

I grow pineapple sage and love its fragrance (leaf) and its red flowers(humming birds love them too). I have heard the leaves can be used as tea but have never tried myself (I am not sure its toxicity level). I am curious how much fragrance is preserved in dry leaves? In my limited experiences, some herbs (leaf)lost major pleasant scents during drying process ig. perilla (shiso), Basil(dried Basil has different scents) etc.
I also grow Cuban Oregano that have very fragrant leaves. I picked some fresh leaves and put them in boiling water to make a cup of tea but I was disappointed by disappearing of its fragrance.
What is your favorite herb tea that you made that has retained original fragrance from its fresh leaves?

Many herbs that work well. I highly recommend New Jersey tea Ceanothus americanus and sweet goldenrod Solidago odora. These were used as tea substitutes during the Revolutionary War and make some of the finest herbal teas. They’re also exceptionally good plants for native pollinators. We have some good topics on the subject of teas if you’re looking for further inspiration:

I like everything in my garden to have a purpose beyond orimental value. A lot of the plants I am planting double as tea and herbal teas or adjunct in beer making. 3 actual Camilia Sinesis I hope they survive this year. Hops Vines Salal, Gaultheria shallon, a relative a wintergree, leaves make a decent tea and berries are supposed to taste good Wintergreen, Gaultheria procumbens, actual Wintergreen. Tea and pain releafe. a natral sorce of asprin. Dogwood, Cornus Mas @wildforager suggest th…

One of my focuses for my garden projects is to grow leaves for teas. True Camellia teas probably aren’t happening here, but I have lots of other options. I already have NJ tea, which I love, as well as bee balm, sweetfern, anise hyssop, fragrant roses, and sweet goldenrod. I’ll of course be adding some of the more common herbs (mint, chamomile, etc) and probably licorice. I also like adding leaves from Rubus species to other teas, if I can find a spot for them. Eastern Hemlock (decidedly differ…

Lemon balm (Melissa) makes an OK tea (unfortunately a bit reminiscent of Pledge furniture polish). Catnip isn’t too bad either. Actually any member of the mint family is worth a try.

I have never done this but I heard and read people using fig leaves for making tea.

Also remember not to gather leaves by the road since in the 70’s they used lead in Gas , and other pollutants

Believe it or not On a bicycle ride I chewed up Mango seed out of the shell
to make tea with for a bitter tea fix.

We do have a NAtive tea in the tea Family Franklinia alatamaha (or lost camellia )
(as in Benjermin Franklin alatamaha as in a river )
tHE person that found it saved it from extinction interesting story A cottton disease wiped out the wild plantings , and it survived in a plant collection (eastern USA )
would survive St Louis Missouri , I think even Chicago

(Also in the Theaceae family a native 2 Gordonia (spelling ) , (SC GA area
and by florida Stewartia )

Sorry it has been a long time I read up on it , but years ago could explain this stuff much better pretty flowers , and a Hybrid is made between Gordonia, and stewartia I believe (intergeneric hybrid with traditional breeding since they have a close relation)

Speaking of which I do not know as of now
but many tea spieces are breed to survive low temps hybrids with the true genus of tea , and for ornamental purposes
Since there are many speices in that genus…

I hope to better explain when I have time just doing by memory
(sorry no crappy wikipedia links anyone can find I have better ones , but here is a quick one
When I have time I hope to share
(excuse the post half ass wrote I dislike this PC layout, and have to many tabs open)
some pictures Franklinia or the lost camellia
https://bartramsgarden.org/?s=franklin

I think a lot of interesting tea’s are out there I will have to remember some of the wild forged ones
can also get a good Idea of plants from tea web sites for blends, and learning new plants
I am not going to unless I plan to buy the plants so not to waste my time,
but I do have a good web site that sells tea I made a long list of new plants from if your interested? but may take some effort for me.

I like Japanese maple leaves young in spring has a sour taste ,
but quickly in a month will get a leafy taste.

I wrote a bunch of these I used to make , but Have some place on my emails
so I do not have to rewrite, and some I even forgot
I prefer bitter tea wormwoods good , but sometimes in the mood for sweetening sour tea’s

Oh I did forget some like I said by in a millisecond (really) seeing this link on pfaf clicking the tea box, and searching

I do remember making Pine needle tea
(one species has soft long needles , and has a citrus like smell)

I have not tried persimmon leaf tea, but have bought some intereting ones from the Mexican store Been really liking Green tea with jasmine nice bitterness changes the green tea taste,
in the last half year who would of known and I do like Boldo tea a mintish chile species of tea (maybe not to drink to much at once of boldo tea
it can be good for the liver, but also bad as well in large amounts
also learned of wormwood tea I really like that, but I do not like every bitter flavor
some bar tenders have turned me off with some bitters

would be cool here to do a mailing letter thing here, and trade tea types
Like mentioned never would of guessed I would be so into jasimine tea
Even for me not a big fan of Earl grey
I like My tea bitter without all the scents, so I was surprised about jasimine (with green tea)
I also like wormwood tea pretty good,

[quote=“Francis_Eric, post:8, topic:32190”]
some bar tenders have turned me off with some bitters
[/quote]
( off topic, but I do like bitter marlort liquor plain
can make a crappy beer taste better like top notch lager taste like crap normally
or cheap stuff all lager taste crappy to me,
until it gets hoppy so marlort is good to add in a dive bar that does not sell IPA beer)

Yes I am a little excessive, and added that all in one post ,
but decided to separate since it is off topic of tea’s

with Curly dock I also use the seeds , but said gather leaves by road
I meant gather any plant material – I do mean seeds for Curly dock bitter tea (not leaves)

Note though oxalic acid in large amounts can be bad for health
A little bit or a glass or tea ,here and there should not hurt
(as you do not have kidney issues or have any issues with eating Kale or thyroid )

When I can sit down , and make a list I hope to write this out correctly
but A new one at a Indian Pow wow I like is bear root from out west
has a celery flavor very strong flavor
Also Celery has properties for attracting woman (androgenons )
and woman sending out phermones as well is what I think so that chemical smell should do the same)

A good Commercial tea is Tazo Wild sweet orange ,
but I hope to blend up some interesting flavors like this some day
Maybe since they add citrus acid to the blend it helps
maybe I should start experiementing with blends, and add lime to see what happens ,
, but all in all my love is in the bitter Flavors
so for me I do not have much motivation to experiement or anyone to share with anyways in this time of life.

I have read that you can make tea from calendula, but I have not tried it. They are covered in fragrant trichomes,

I do use fig leaves for making tea and I like its aroma. I also use mulberry leaves for making tea. But I only drink these unconventional teas very rarely because I am not sure their toxicity levels and what they might do to the body (internal organs. They may not kill you right away but may gradually negatively effects body functions in long term ) if drink these unconventional teas everyday, or often enough.

We tried some persimmon calyx tea, from our own persimmons. Not bad - a bit plant like.

Many of these teas are effective medicinal anti-virals, even research established on pub med. Sage, Oregano, bergamot, thyme, and st. John’s wort are all effective anti-virals. Do you think that during the pandemic, anyone would be interested in anti-virals? Don’t wait to hear about this on TV, facebook, instagram or you tube. Natural medicine is banned on those media. No profit on the commercials.
John S
PDX OR

I tried growing a cold hardy tea once, up here in massachusetts. But every spring it was smaller than the previous spring, until it just died.

I may try again, though. Experimenting is fun.

My Melissa is so strong, it tastes like citronella or bug spray to me! 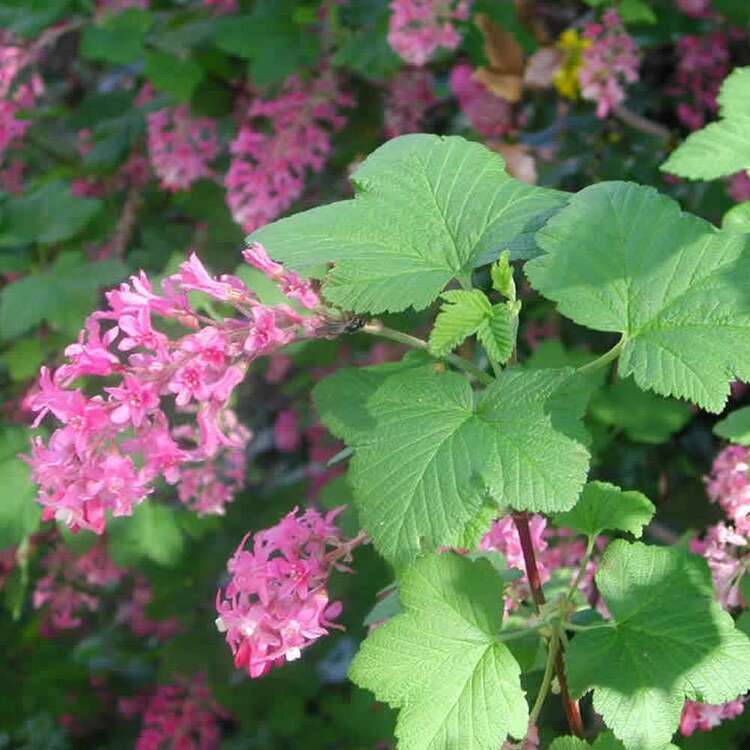