What pears are you adding this year?

Pear trees are more difficult to find than ever and It made me wonder what varieties is everyone else adding this year? The only option on many types is to buy the rootstock and graft the pears myself. Just because a pear is not common does not mean it’s not good. It more likely means it does not ship well, store well, isn’t large enough or is to large, does not have a desirable color etc. . The European grocery store pears are typically Anjou, Bartlett, and bosc. Most of those grocery store pears ship well, store well, look great and that’s why they grow and sell them. There are lots of other pears we should all be growing!

I few years ago in my garden grafted pear trees as comice, bosc ultimately the best French and Belgian varieties

now I have changed my mind and now I planted in my garden modern varieties (copyright) as cascade, delice Delbard, fertilia, peradel,gourmande and thousands more.

where is the difference? because I’ve changed my mind?
the answer is easy, for example, the cascade variety is a delight to eat is a cross Bartlett x comice and they have taste as good as their parents, but also is resistant to diseases such as scab and especially resistant to fire blight.

in short, I prefer new varieties that are resistant to fire blight to avoid problems in the future

You guys have me convinced to add Harrow Delight and Harrow Sweet if I can find them. Maybe Harvest Queen and Warren also. I am also looking for Burford which I think I can find close by.

I would like to add 2-3 very late ripening pears. If they have FB resistance that would be good. Any suggestions would be appreciated. The only one that I have that I think will ripen late is Korean Giant. Harrow Sweet, Frost, and Blakes Pride have been added but I don’t expect these to ripen in and around October.

Bill,
For late season pears that can grow in fire blight country the one at the top of my list would be Duchesse d’Angouleme. It ripens in October or November here most years. It fruited for me in a couple of years on two trees. Top worked 4 trees to Duchesse d’Angouleme. The bad thing about it is the wood is a bit brittle and the pears are huge! The guy who I got scions from here gets limb breakage every year. I’ve not had any problems with it breaking branches yet since I’m aware of it’s reputation. This old thread has a picture of the fruit Largest / Best tasting pear .

I goggled Duchesse d’Angouleme and It took me to a previous posting. As I was reading I saw where you mentioned the Turnbull pear. I grew this tree about twenty years ago and it was a very large pear that I never had any FB problems with but it just had a taste that was not so good to me.

Bill,
That may be why hardly anyone is growing Turnbull. Improved Kieffer is unusually good fresh this year which is unusual. It’s much sweeter than normal. Must have been that warm weather we had. I think location plays a big part in pear flavor. Not that I normally mind improved Kieffer pear flavor but it’s notably better than normal. Tastes like Bartlett this year. Turnbull may be one of these pears that’s good under certain conditions. 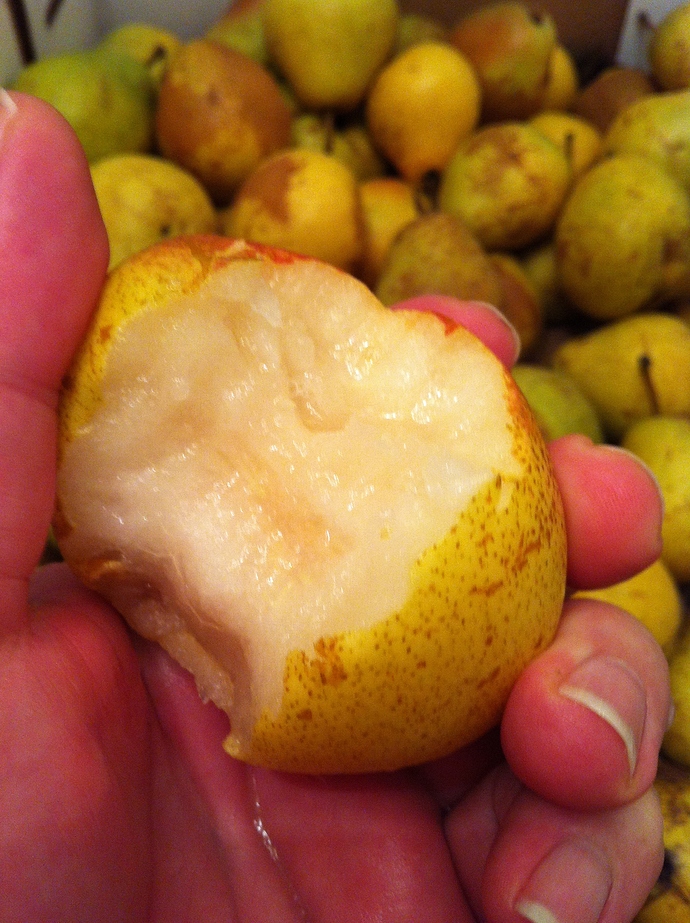 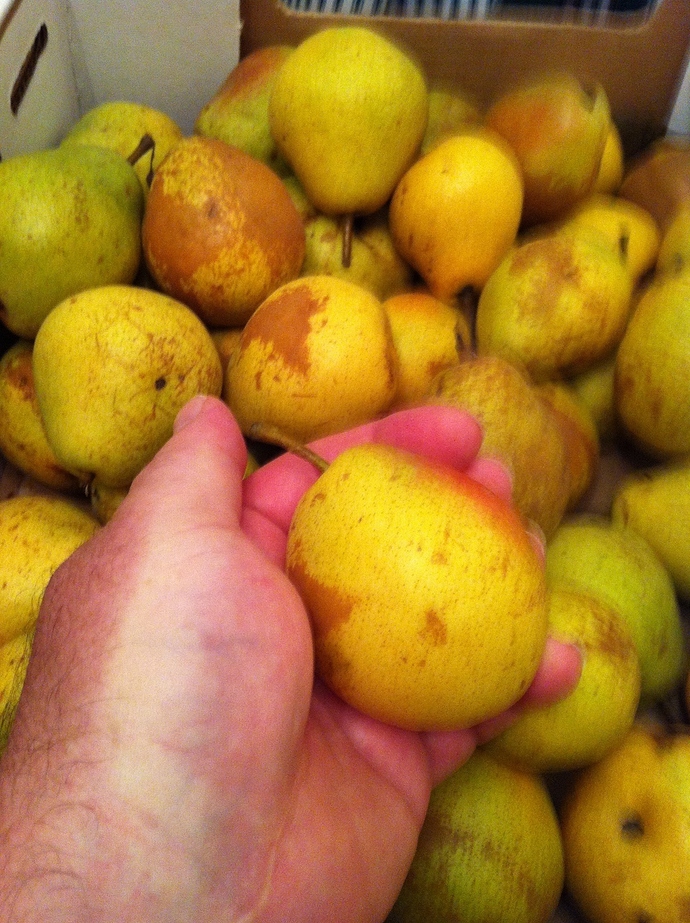 Matt,
Doctor desportes is very vigorous. It was very disease resistant for me here in Kansas!

Matrix,
I like that strategy but am not familiar with those varieties. Magness, harrow sweet, harrow delight , Potomac, ayers, warren, Karl’s favorite, etc are a few of the ones I put in this year or in some cases more of this year. Magness sounds like a high quality FB resistant pear. I’ve heard excellent reviews for the same reasons you mentioned about it. I’m going to research those varieties you mentioned. Thank you for mentioning them.

I’m thinking of adding Taylor’s Gold and maybe a Drippin’ Honey because of how highly you recommend it.

SMC,
You won’t regret adding drippin honey! Taylor’s gold has a great reputation but it’s not one I currently grow but would like to soon.

Have you tasted the fruit of Dr Desportes? Do you still have it in your collection?

Matt,
Never tasted the fruit. I just grafted it this year. I’ve read very good things about it. It was recommended by a member here. Seems like a good one!

I can help you with some Burford pear scion this winter if you are still looking…just remind me in Fed '17.

I would like to add more varieties of asian pear, particularly Kosui, which does well here and tastes like butterscotch! I would also like to start growing some pyrus ussuriensis, aka harbin pear to use as hardy rootstock for asian pear and other p.u. hybrids.

Thanks for the offer… I will definitely check with you in February!

Jesse,
A friend got 100 harbin roostocks that he is selling to me I’m going to use for Asian pears. The rootstocks were very small but he got them at lawyers nursery. They are very inexpensive but ask minimum order and shipping amounts if you go that way. My BET rootstocks were small but came from there as well. I like copenhavens rootstocks the best this year with williamette being a close second.