Put Beauty, Beast, Maxie, and Keiko in the ground last weekend. Got them from honeyberryusa. Healthy looking plants.

Looking forward to see how they handle the summer humidity here on the Piedmont fall line.

if you put them somewhere where you get some shade in the afternoon , you should be ok. if not some people use shade cloth where the sun would hit them in the afternoon. 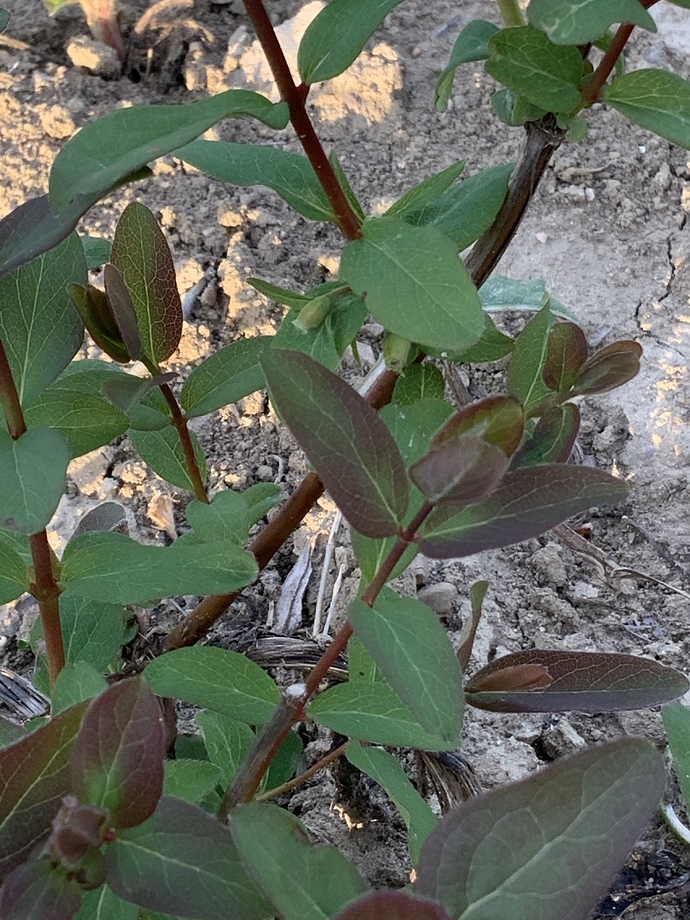 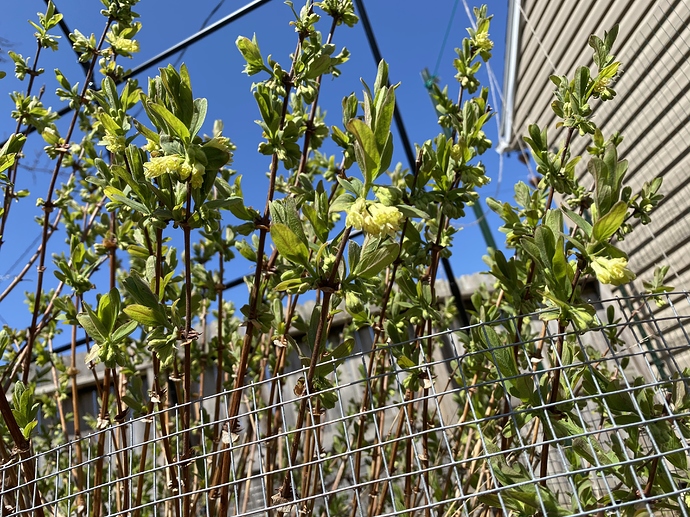 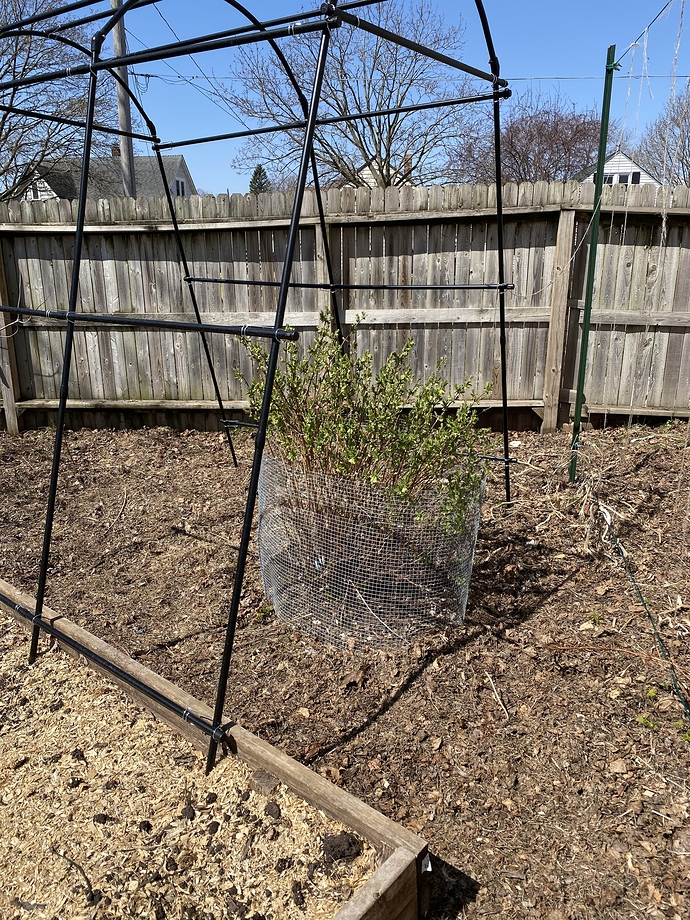 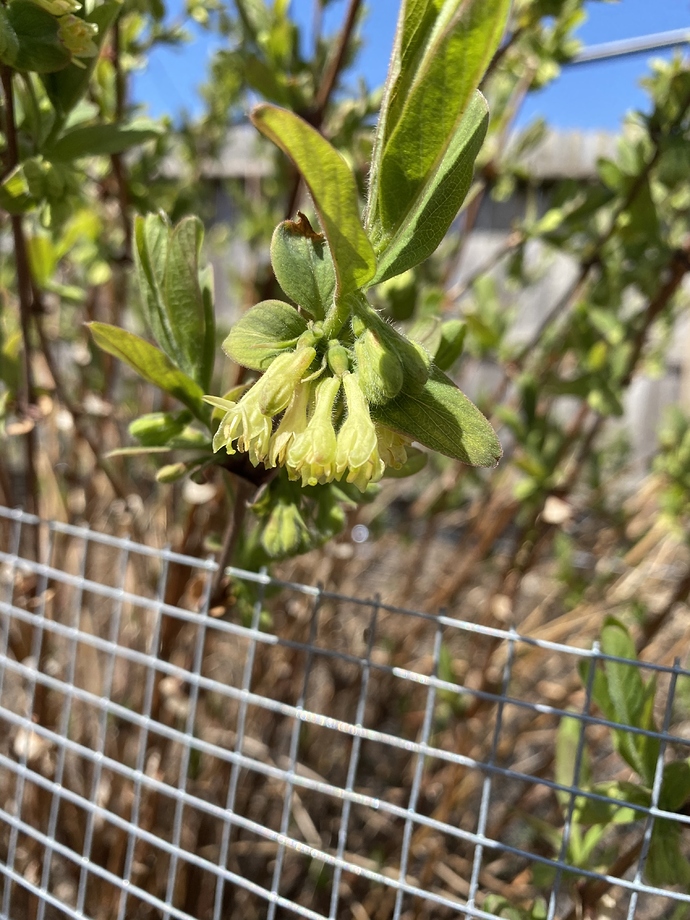 Honeybee just about it full bloom. The yezberry is still at this stage, so not sure about how pollination will go 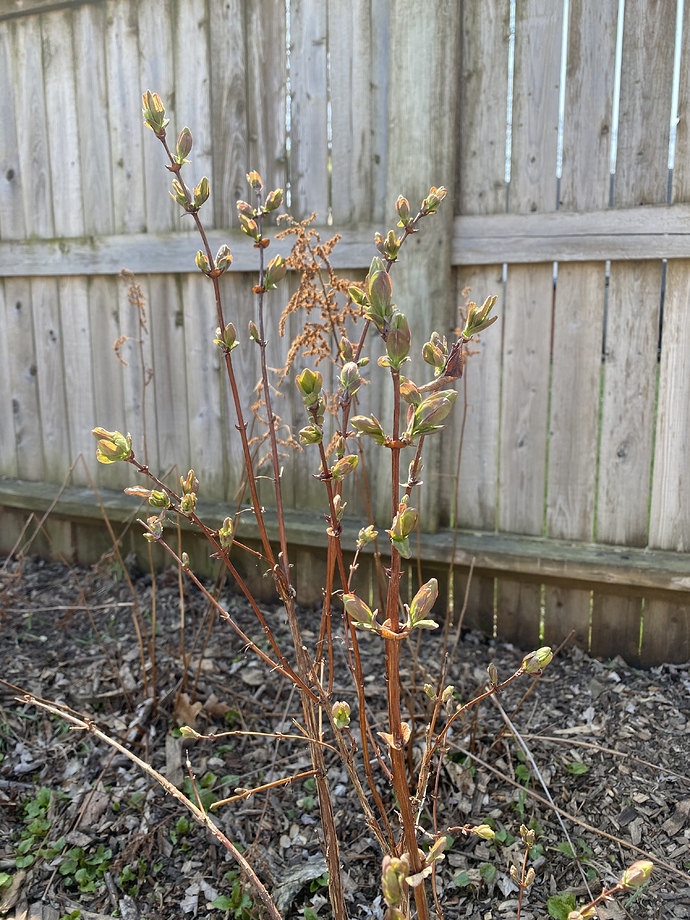 @Katie_didnt_Z4b what is the variety that is in full bloom? 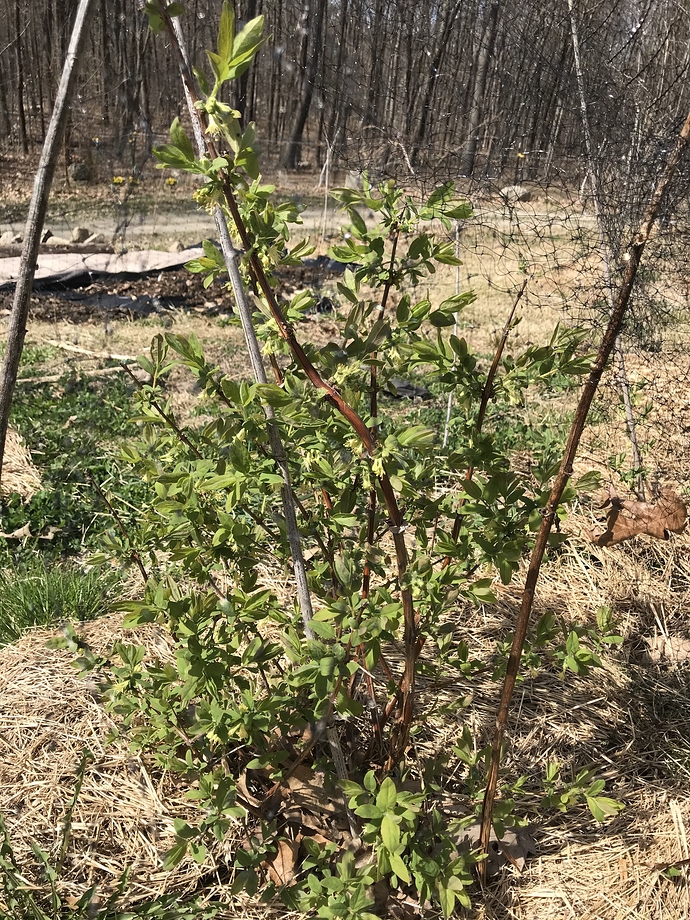 Mine have been blooming for three weeks like crazy. I have to cover them with bird net or my guinea hens will eat the flowers.

You’re a kind poultry owner, my chickens were doing the same thing and they have now been banished from that yard! Their range is a lot smaller now but I don’t want to spend the time to cover all the fruit bushes. Honeyberry buds and flowers must be tasty!

I have three bushes and my first (small) taste last year. Little bit sour, but I probably picked them too early, otherwise the birds would have eaten them for me. They tasted a little bit like black mulberry if you have tired that before.

What is the best fertilizer to push growth. I have 2 is plants that reached a healthy size and three surviving plants that are little more then sticks after 4 years.

Mine went into untreated ground and never got fed until spring 2018. We topped their run with aged and treated cow manure compost. Many put on more than a 1’ growth that year and we had great berries last year as a follow up. 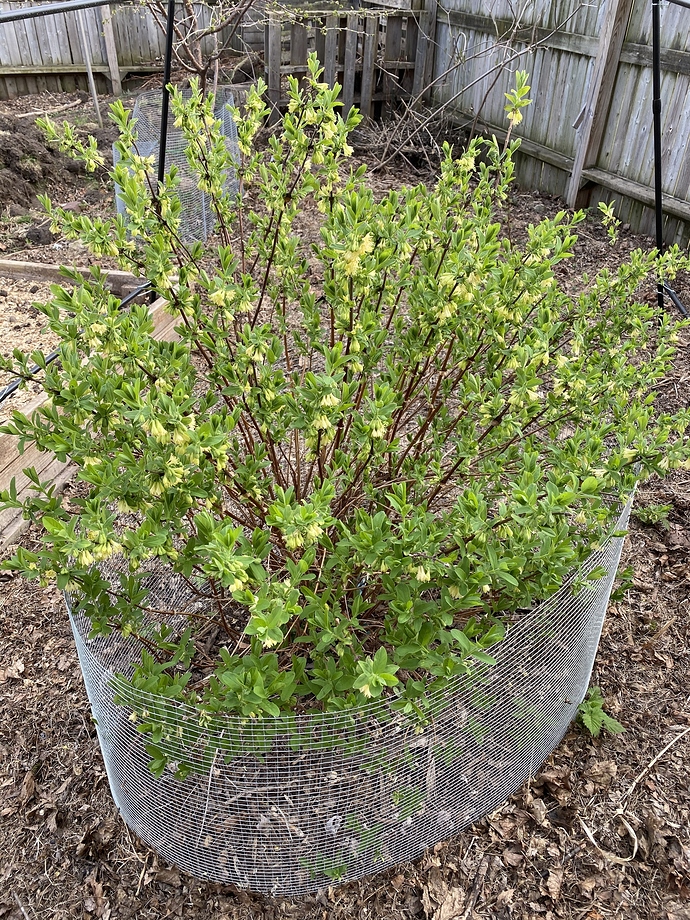 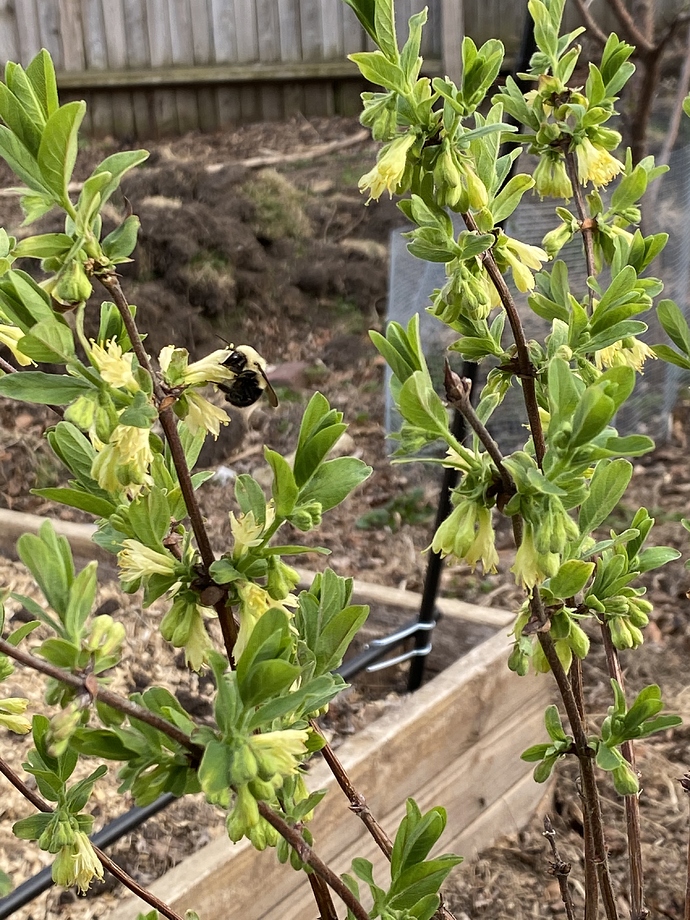 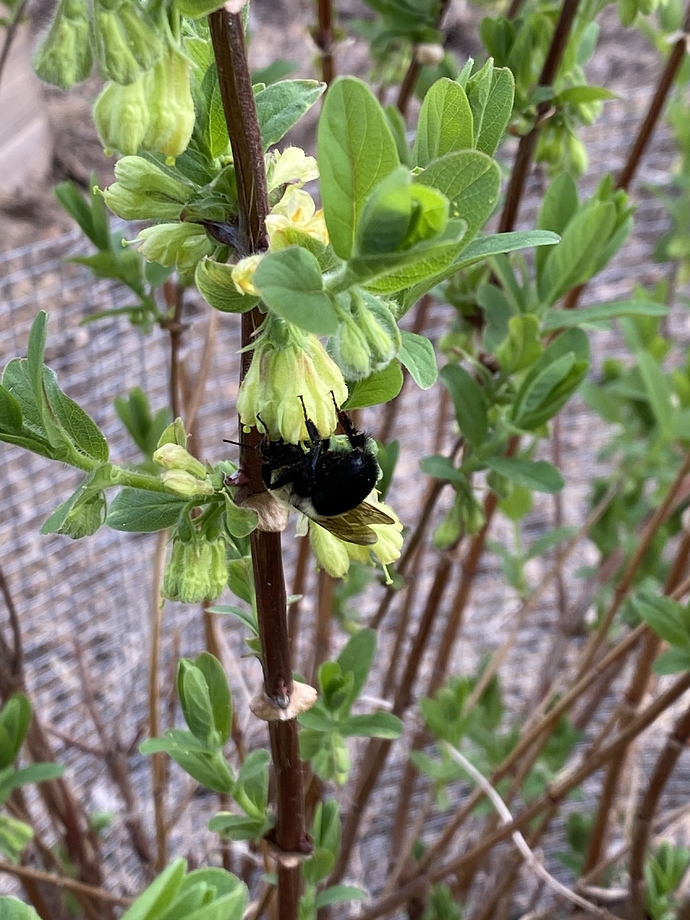 Honeybee honey berry is looking lush today, has many bumble bee visitors. This year it got a thick layer of mulched leaves, first year no compost added. Seems to be happy.

This April, it’s just the frosts. I counted around 20 frosty nights and sun during the day. It doesn’t rain or just very lightly. Only these two nights were frost-free and it was supposed to rain. These plants can handle it all and I don’t see any major damage. only on the varieties Bakcarsky Velikan and Jugana I saw a minor burn on the ends of the leaves. Aurora, Blizzard, Honeybee, Beast withstood the constant cold very well. The harvest of berries may be a little smaller, but I have never experienced such an April.

Everything stops blooming for me. The varieties that bloom a little more for me are Honeybee, Aurora Blizzard, Best.

Aurora berries getting bigger (circled the berries so you all wouldn’t have to feel like you are reading a Where’s Waldo book). If they are going to be ripe before the strawberries, that would mean that they should be ripe in about 3 weeks or so. We usually start getting our first strawberries at the end of May. I’m pretty sure the strawberry pictured is Seascape. 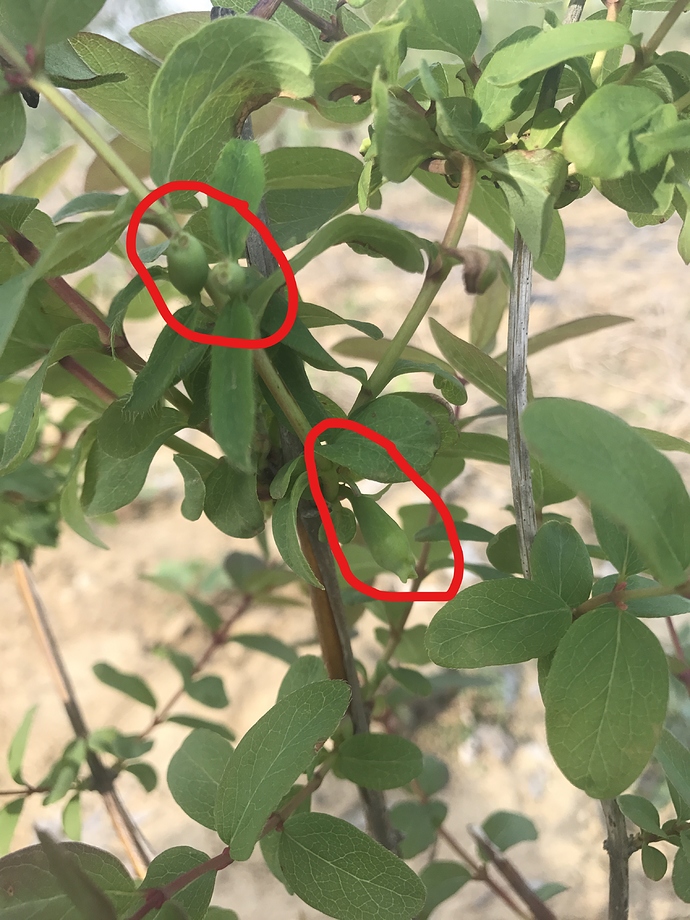 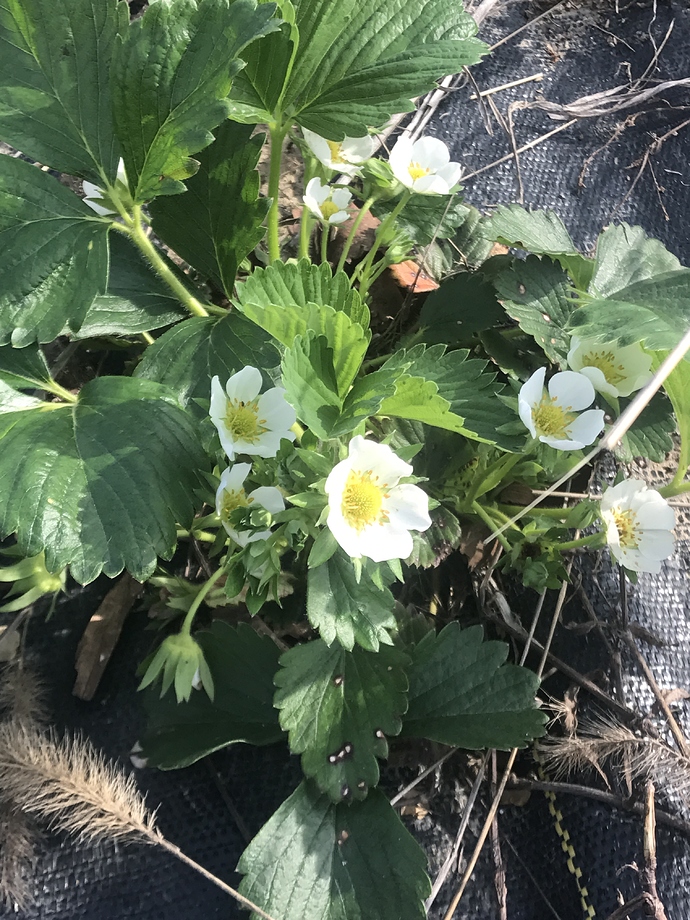 Many of my honeyberries are in full bloom now. I didn’t see any bees, but hopefully they are around.

that how different our weather is even though we are in the same zone. honey berries still asleep. buds on currants just starting to green. rhubarb is a few in. but still in red stage.

My haskap are just going into flower. The bumble queens were out and I saw a few honeybees working them too.
Rhubarb is almost ready for me to take a few stalks.
The Rubus family plants are just starting to go green on their buds and the currants are leafing out a bit. Kiwi are farther behind but the buds are swelling. Strawberries are opening leaves but no flowers yet.
My big Saskatoon looks like it will have a very nice batch of flowers this year.
The birds all seem to be settling in and the nesting appears to be going well which should mean more of a fight for berries this year.

funny thing here is black currants wake up before everything else. you would think honeyberries would be the 1st ones as they are more cold hardy but it isn’t the case here. i think our persistent snow has something to do with it.

Interesting my rhubarb is just about to flower, Honeyberries are all starting bloom now, The parts of my black currants not covered by snow may have some dieback as the lower part that was covered has fully woke up now. Raspberries are all coming up and most all varieties of strawberries putting out a few blooms my june bearers will have berries in a week or so.

My rhubarb got a hard freeze but we will get nice and hot before i go to picking stems do i need to remove all the stems that were around for the last freeze or does the heat and a few weeks take care of that chemical compound from the leaves?

Ugh. I’m in an area where a late polar vortex is supposed to hit us in a couple of days.
Temps are expected to hit -3 C. I’ve never had it go so low after the haskap are in full flower.
Anyone know if they can handle this temp hit?
I don’t have frost cloth, but have a few rough blankets I can try in a pinch to protect at least a few.