I need to replace a holly bush in the front of my house. I’m only a few bushes being replaced away from having a full on edible landscaping and looking for inspiration. What is your best looking smallish sized fruiting tree/bush?

Figs are great for edible landscaping in zones 7b and above. Highly disease / pest resistant, foliage looks great, they grow and fruit quickly, can be pruned back hard to keep them small or bush-like. You can grow them in colder zones but you will have to provide them some protection and they may occassionally die back to the ground.

Blueberries are ornamental but you can forget the “edible” of edible landscaping with them unless you are willing to net them against birds.

Persimmons are very ornamental with glossy leaves and require minimal effort, but are more trees than bushes.

An evergreen shrub that might fruit where you are is the feijoa - pineapple guava - https://en.m.wikipedia.org/wiki/Acca_sellowiana

It’s an ornamental in CA that happens to fruit as well.

if you like a compact and evergreen edible ornamental that has fragrant-flowers, and possibly hardy to your zone, variegated calamondins might be the ticket.
Below is our delightful blondie that does not shed in 17f winters. Looks pretty, smells divine when in bloom, and her cute mini tangerines add a unique citrus zest to cuisine that calls for lemons or limes 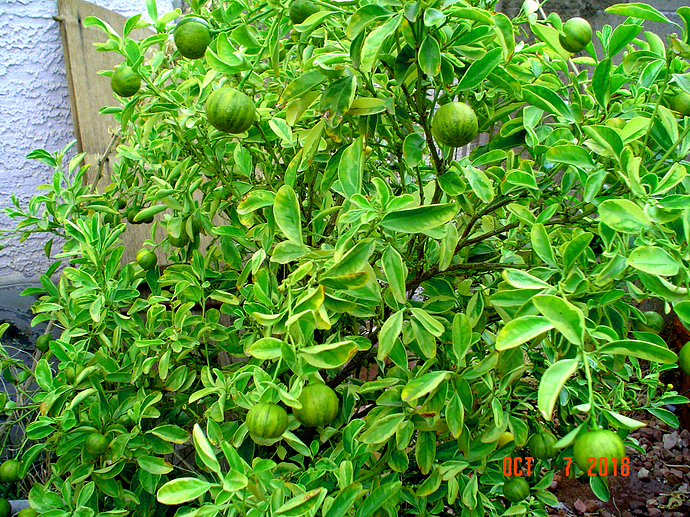 if you’re looking for a deciduous bush-tree, you can’t go wrong with contorted jujubes
you wouldn’t think that those gnarly thornies in winter actually look like the specimen below during summer 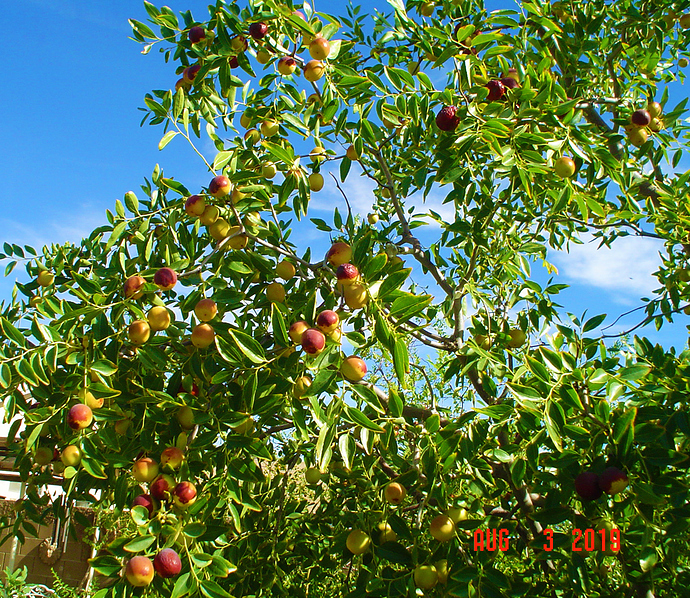 That is good info. Never heard about it. If it can stand 17F. Is it possible to try it in Zone 7A? I will do some research.

I would highly recommend pomegranate. Beautiful flowers. Very nice bush form. No pests at all.

looked it up and there are encouraging accounts indicating it might survive 7a. You could increase its chances by growing close to your house, to benefit thermally during winter, as well as to get plenty sun at daytime. Home depot sometimes sells them. I actually hoard them if i see good-sized specimens. The species grows slowly and has short internodes, which make for a nice compact shrub.

Both those plants look great! I love contorted trees. i added the contorted Jujube this year along with Honey Jar. I needed a good bush that is small and I went with the contorted quince It’s going on 3rd leaf, and not really that big yet. So the jury is still out if it really works for me. So far so good. It is very contorted!
Here’s a description from Raintree

Gorgeous pink flowers cover this unusually contorted 2-3’ tall shrub in the very early spring. Cut branches can be brought indoors in January to bloom. The twisted form is striking in the winter. 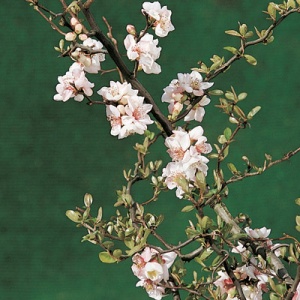 An especially attractive selection, Contorted Flowering Quince is prized for its compact growth habit, its white and pink flowers, and its unusual, contorted branch structure. Contorted grows to only about 3 ft. in height and bears abundant...

Loquats might work well in zone 8. They can be kept small with a little pruning.The winter blossoms are wonderfully fragrant. The large evergreen leaves are a year round feature.

added the contorted Jujube this year along with Honey Jar.

i see you are in michigan. Hope you keep this forum updated on your recent acquisitions, as i think you’re the only one here from michigan who will be growing contorted jujus. Though maybe @Chills also has it.
Btw, i presume you got yours from the east(jfae, etc) and not from a western nursery(burntridge). The eastern contorteds are likely to be that of jfae–bigger fruited and better-tasting. Both the eastern and western contorted’s have viable seed which may produce seedlings with the contorted trait, so sooner or later, there will be more than two cultivars of contorted jujus which will add to the confusion. Myself will be guilty of sharing a tiny twiggie to a local orchard here, and will relentlessly traffic and broadcast if the fruits turn out to be better than that of burntridge’s. Quite certain @k8tpayaso will be another contorted trafficker at some point, lol

My So (contorted) jujube is my largest jujube. I have it in a bed with a contorted variegated poncirus (snow dragon) and up until recently a contorted hazel (Harry Lauder’s Walking Stick). The hazel succumbed to blight and I am replacing it with Red Dragon contorted hazel (supposedly immune to the blight).

There’s an eastern and western available contorted juju? Mine is originally from BurntRidge, so I am going to have to add another juju in time, I suppose… (besides Just Fruits and Exotics where else is it available from?)

crandall clove currants are beautiful and smell great when blooming. are native and drought tolerant with great tasting healthy berries. theres someone on here that once told me he has several that grow and fruit reliably in z10!

Absolutely agree about figs, pomegranates, and persimmons. I have two figs, 4 pomegranates, a Hichiya persimmon. They look great with a dwarf Ginko up front right now. Pineapple guava in the back. Nice, dependable bush for sure. Mine have developed some kind of spots on the leaves. Those flowering quinces are something else. Sure wish it would work here, but I’m surrounded by red cedars. That variegated calamondin is great. I wonder if I could even find that sucker for sale in Texas. We are under some crazy citrus lock down.

just what i thought-- you have a contorted already !

Alpine currant, maybe? Zone 5 and 6 it works great. Isn’t evergreen, but has shape of a burning bush euonymous (and fruits).

where did you get them and hows the taste of the berry? I’ve read some alpines aren’t that great,.

I planted them at a restaurant once for landscaping…and a couple years later drove in and ‘grazed’ on them. Not bad, but your normal fruiting currants are probably superior for eating and processing. It’s the fact it grows with a nice shape…and the topic was replacing holly bush with something attractive.

Mine came on a tractor trailer … May have been Eastern Shore Nursery in MD, but I have actually forgotten. From somewhere in the DC area, a nursery that sells to garden centers, not the public.