Im interested in growing white alpines as I’ve read they’re relatively (compared to commercial strawberries) pest free and birds are less likely to eat the white ones. Mike from strawberry seed store seems to think extremely highly of the pineapple crush variety and given his amazing amount of knowledge on the topic Im considering the variety. However, there is not a lot of information online about this variety. Has anybody tried this variety as well as other white/yellow alpines? Thoughts on taste and production is much appreciated!

i have no experience with that variety or the mentioned seller.

I do know a lot of “rebranding” is going on in strawberry “land”.
They basically use a historical or wild variety, give it a fancy cool sounding name. And claim it’s a revolutionary new thing. And of course charge you 4 times what the exact same plant sold under it’s original (correct) name costs.

If some one took the years to stabilize a selection or mutant. They usually also take the effort to publish a comparison to show of the bred in favorable traits. That’s a lot more work and effort though, way more than just thinking of a new name for an already existing variety, and typing a marketing BS story and selling a ton of plants though.

Drew51 has great experience with Alpines, red and white as I recall! I hope he’ll chime in.

Pineapple crush is a good berry. Probably an heirloom. It is pest free and only a few smart birds figure out it’s ready. I have never protected my white alpines. They are actually yellow. I’m not sure what one I grow? I had a few different whites and they got mixed up. Makes a great ground cover.

@Drew51 How do you protect your strawberries from squirrels and chipmunks?

No chipmunks here. Man they are the worst! I net them. I sometimes stick rebar in the ground and then pvc 1.5 inch diameter pieces to form a cage and drape the net over them. I also have eleven blueberry plants in raised beds and pots. I made a six foot tall frame on each side of the beds. Strawberries grow all around the blueberries. I have a 30 x 30 net I spread out and fold each side to the middle. Repeat until it is one foot wide and roll it up. I walk and unfold the net over each frame. I position in the middle and unfold to the left and the right. It’s so easy it takes five minutes to cover a 20 x 15 foot area. It is now like a tent you can walk under. You can use garden staples to pin it down. I use the American netting co. green bird netting. The best stuff made lasts five or six years or longer. Easy peasey. The net is tough, branches break before the net does.

I like yellow wonder. It grows easily from seed, it sometimes fruits first season but always by the second season at least. It is a clump forming strawberry so it doesn’t put all its early energy into sending out runners.

And best of all I’ve been eating them for almost 2 weeks already.

The largest fruits are nearly an inch.

Thank you for the information everyone! Is SWD a problem at all for alpines?

I actually believe that he did stabilize a variety and thoroughly bred it over years. He published a bunch of videos and comparisons. Still, I usually don’t like going off of just one persons claims/opinions.

i have about a dozen yellow alpines i grew from seed i got at rareseeds.com. only problem i have is slugs love them so i have to put copper wire around them to keep them out. they only get a little 10-10-10 in the spring a, some mulch and they produce heavily. so much so i dont have the time to get them all. i think my yellows are yellow wonder and white soul. also have alexandria, regina and a few other reds i got from them.

About 5 years ago I bought Pineapple Crush, Yellow Wonder and White Solemacher seeds from the Strawberry Store, plus a few red varieties as well. I had good germination and grew them out and planted a 25 foot long row of them at the edge of a retaining wall, that had about a dozen of each variety. It might have been a bit tighter spacing than was optimal, but they did well that first year and I enjoyed each variety. I would say I may have enjoyed the pineapple ones slightly more for flavor, but they were the lowest producing of the three with White Solemacher being the best producer. Even so, it was more of a snack while out in the garden than something I would harvest a few cups of at a time. I expect the yield would have gone up as the clumps got bigger, but my neighbor has some red ones still going and even his mature planting doesn’t put out a whole lot of fruit, although it is fairly continuous over the summer.

I quite enjoyed them, but they mostly died out over the winter and were completely gone by the second year. I think they probably just got too dry at the edge of the wall, although I can’t say for sure what lead to their demise.

I recommend them as a fun experiment and nice addition to the garden and might try some again sometime. But unless you are planting a ton of them don’t expect the same amount of production per square foot that you would get from regular strawberries. I’d recommend getting a couple varieties instead of just one since they don’t take up much room and you can see which you like more.

I actually believe that he did stabilize a variety and thoroughly bred it over years. He published a bunch of videos and comparisons. Still, I usually don’t like going off of just one persons claims/opinions.

O cool. That would be awesome. Could you post a link to those video’s/comparisons?

im also growing the Swedish bred Rodluvan from the strawberry store. its a white alpine crossed with a red woodland strawberry. supposedly the fruit is bigger than the alpines and they produce one heavy crop of berries in june. also taste like the wild woodland berries. theyre flowering now so should be able to taste them soon. i think i prefer one big crop instead of a few berries here and there. at least i should have enough for a pie or 2. 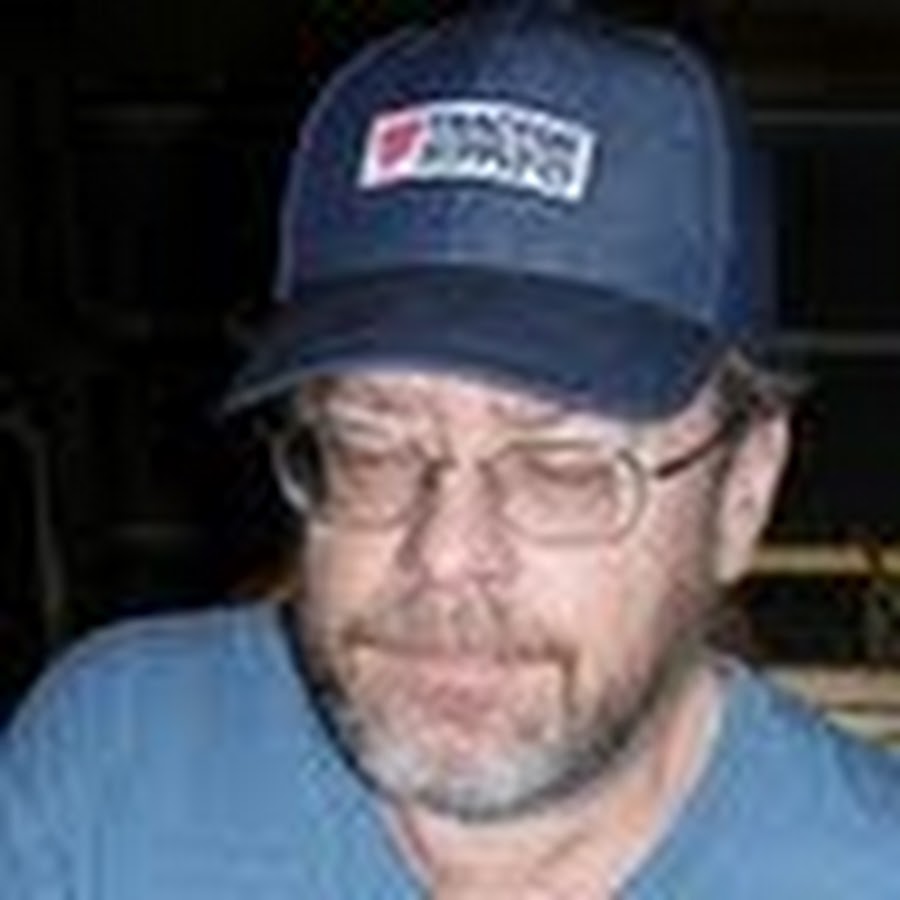 He also posted a rating system for various alpines he has tested/sells:

Thank you for the information everyone! Is SWD a problem at all for alpines?

No, not really most fruit way before SWD are here.

I usually don’t like going off of just one persons claims/opinions.

Right you did ask us. But Mike is a cool guy, I totally trust his opinion. I really like the fact he is helping save heirlooms. He kinda backed off, as their is no money in this. But he still grows some fascinating plants.

But alpines are day neutral and fruit throughout the season?

yes. they fruit here from mid june until killing frosts.

But alpines are day neutral and fruit throughout the season?

They slow down in hot weather, I don’t get many fruits past July. So it’s not really an issue for me. I do get some depending on weather, and have not had issues with SWD. Probably too busy attacking preferred fruit. Here SWD arrives about July 15th. It would be easy enough to throw a mosquito net over them too. If it really were an issue.

Well if that is all they have they would attack them. They prefer cherries, raspberries, and blackberries.
They like the color red the most.
I use mosquito netting to stop them if I need to. 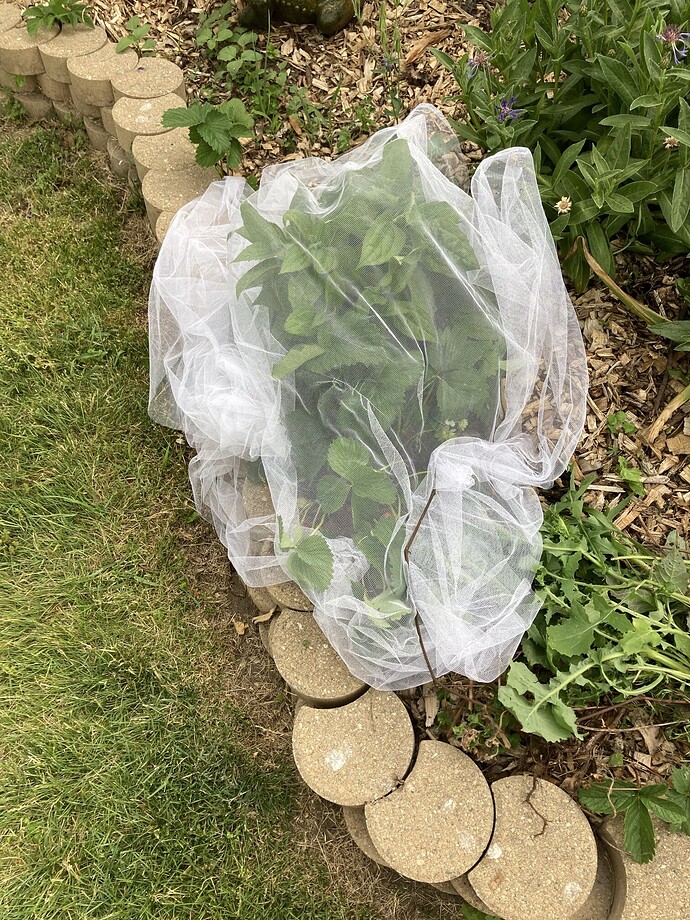 mine fruit throughout our cool summers and so far swd hasnt shown up here yet. (knock on wood)!