You are fortunate that nothing happened to your tree or this branch after the storm yesterday. One of my small nectarine branch broke yesterday as the ripening and heavy fruit could not withstand the wind.

Thinning to one peach every 8-12” will be your mantra next year. Believe me thinning out fruit is difficult emotionally for me after all these years.

The picture is from yesterday. This fig is even bigger today. Maybe ready to eat tomorrow or Friday 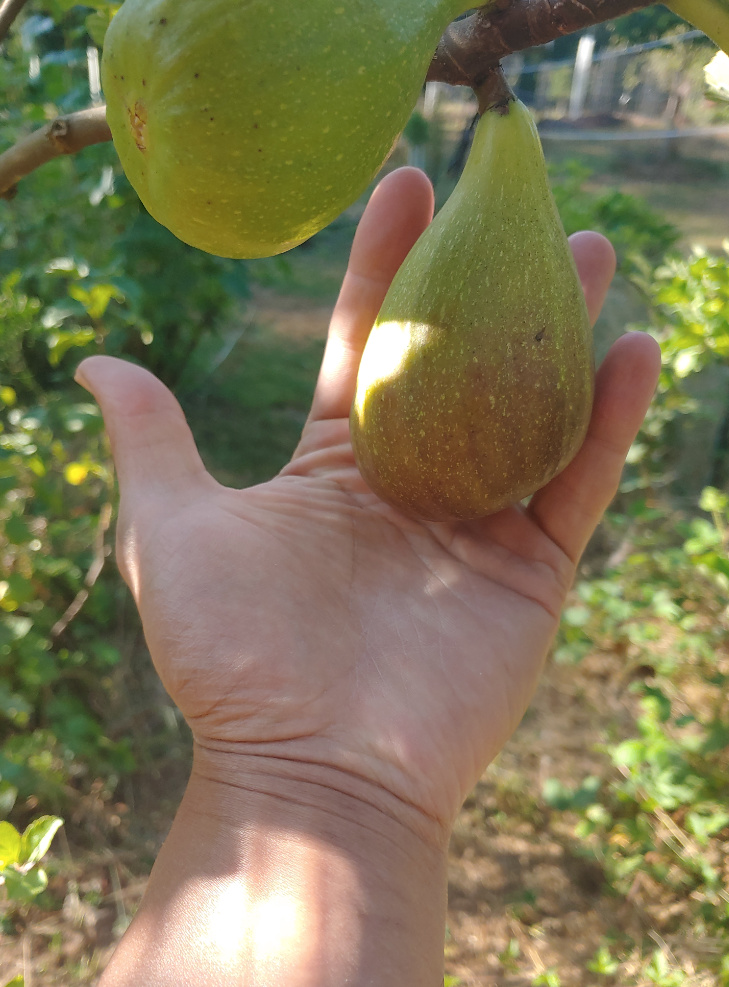 I wonder why you are having more of a problem with it than I am, maybe you have even more humidity somehow. I am wetting the flowers often or it’s raining.

Hmmm, maybe it could be that mulch you are using, if the tree it came from had fungal disease in it. For me it seemed like when my pear trees had blight problems this year that was when my pomegranates had the most fungus problems. Plants can host fungal diseases even if they have no symptoms.

Alan, I think you are probably right. Except that the new trees, out in the orchard did not get any mulch right away. And when they did, I used a different mulch. Cypress instead of hardwood chips. And we tried the cardboard - which kept weeds down, but needed constant tinkering. So, I ordered a load of cypress mulch and we put it on top of the existing cardboard.

I’m beginning to think that the fungus came in with the mulch (like you said) - or with the trees I bought. Until I get an irrigation system set up for the poms in the field, I am afraid to leave them un-mulched. We had a long hot dry spell that scared me. So, I was pulling hoses all over the field and moving them all of the time.

I considered taking up all of the mulch and putting down large squares of landscape fabric. But, something needs to go on top of that - or weeds will grow under it. And who knows . . . maybe the fungus will grow underneath, too.

I am trying to recall if my first pomegranate tree ever had fungal problems before I planted the Granada. ? I don’t think it did. I had a couple of years with clear fruit.
This year is the worst. I have been spraying the fruit and unopened buds with Captan, as the IFAS literature recommended. For next year - I am considering ordering a bottle of that expensive fungicide that worked in their field trials in FL. (Cabrio or LunaExperience) It would be worth it, if it will control this fungal problem . . . even somewhat.
Captan was recommended for the fruit, but Mancozeb for the foliage.
I plan on spraying the heck out of them when they are dormant. The ground as well.
I don’t know what else I can do.

cypress mulch like cedar mulch is supposed to be fungus resistant, yet if the tree that the mulch came from were infected the resistance would not mean much. When insects get inside tree trunks fungus finds it’s way in. Also some insects intentionally put fungus in to trees to feed their young. If there were such a thing as bamboo mulch that would be the best mulch. It’s more fungal resistant than anything else that I know of.

A lot of people are having more fungal disease problems this year than normal, so it’s partially the weather this year.

It should be easier to kill the fungus in weather that is not ideal for the fungus. Cool weather.

there is a bacterial blight that attacks pomegranate bushes in India, yet I have no idea what the symptoms of that disease is. My friend is going to get a wild pomegranate variety from India that is resistant against that disease, he might already have a variety that is.

My Amaranth is getting nice buds 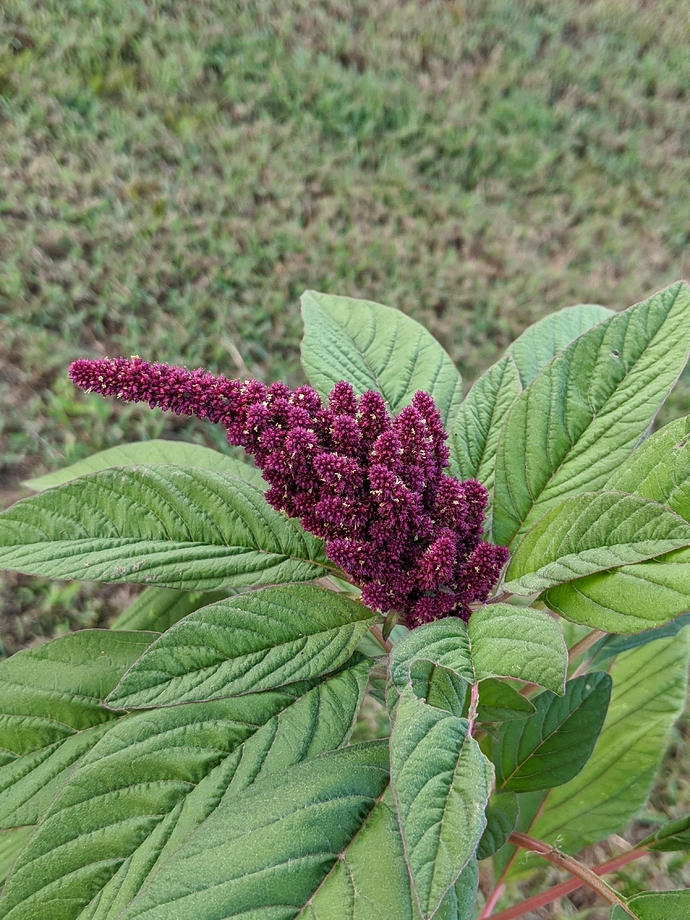 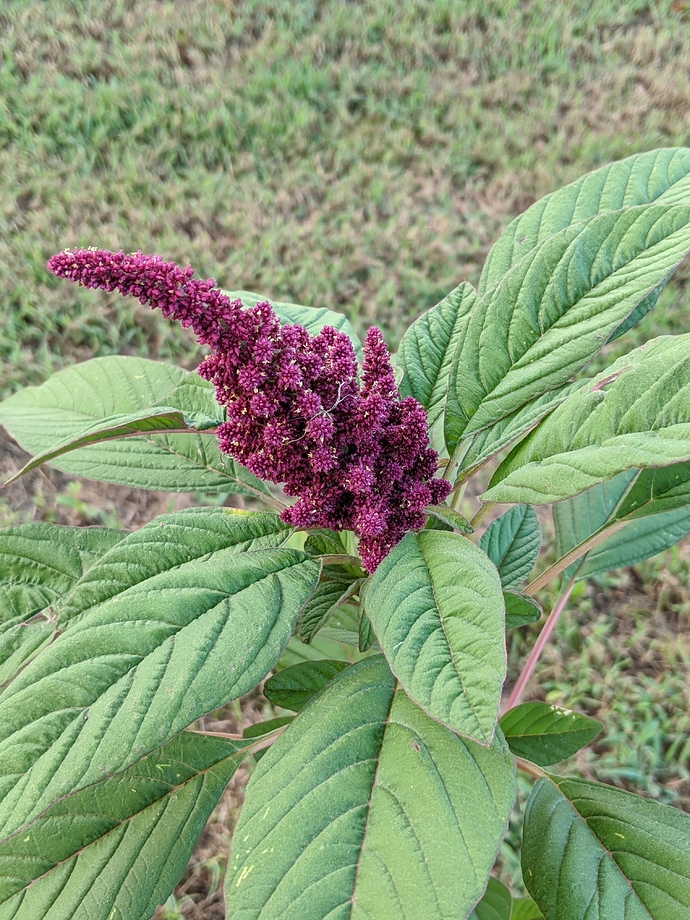 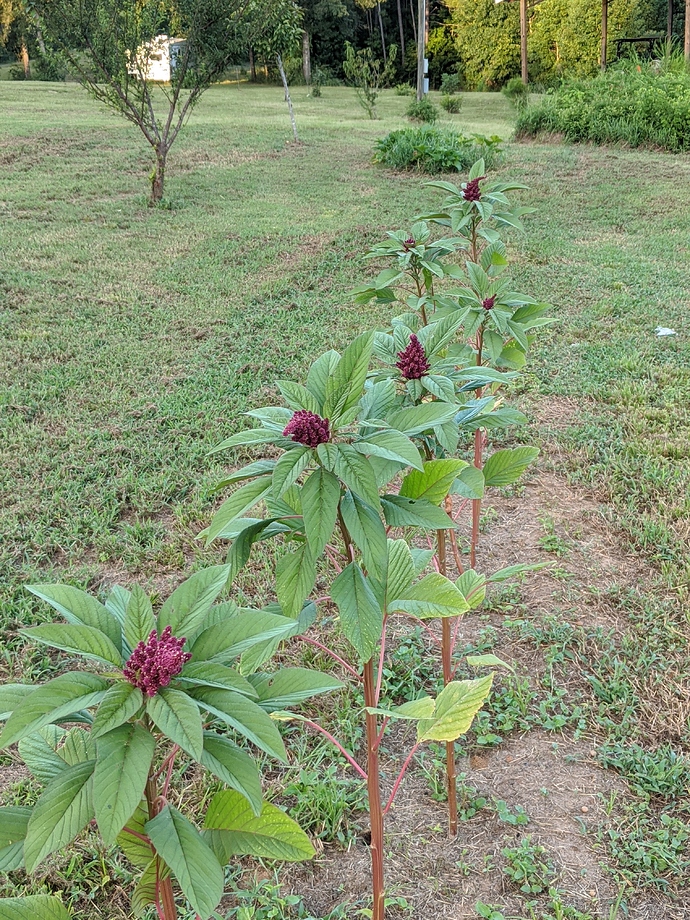 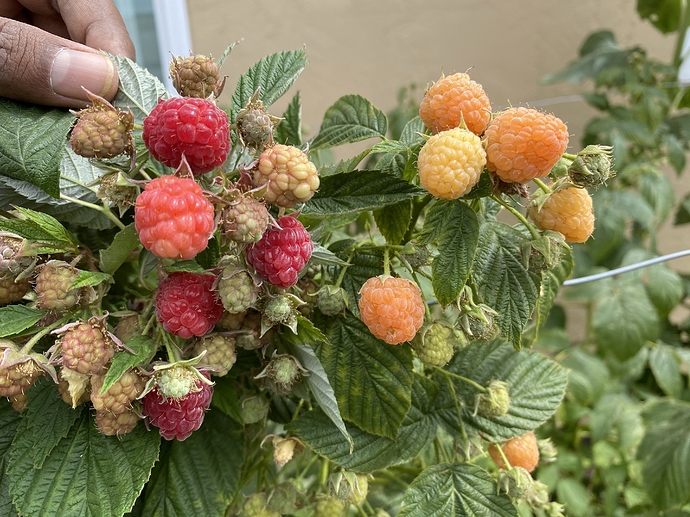 First passion fruit of the season 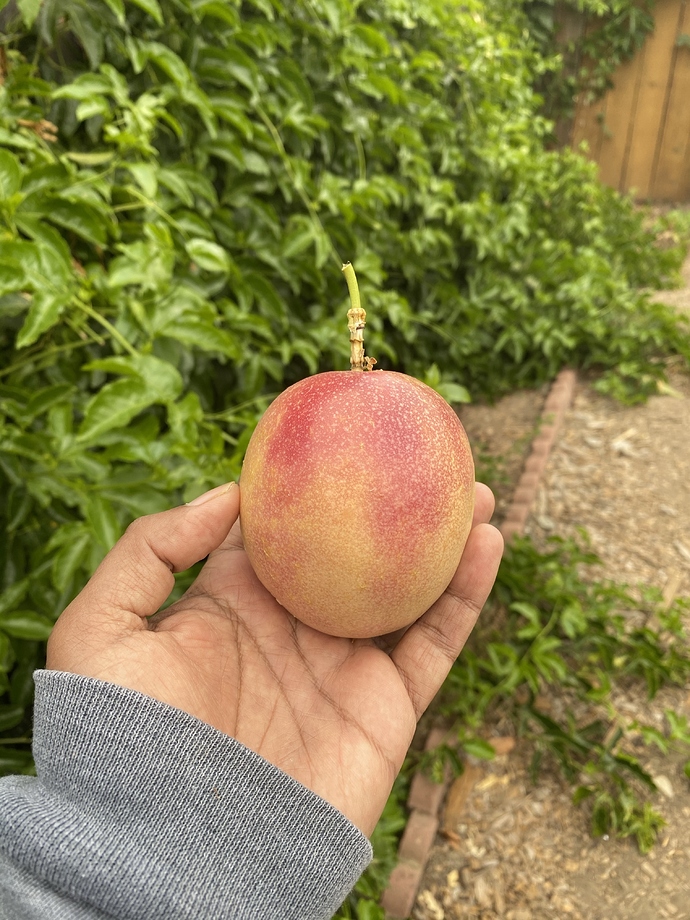 Summerred Apple very flavorful not too sweet. I like it to hang for few more days but it dropped so I cut it open and like it a lot. Its a potted plant so only sets about 8 fruits. 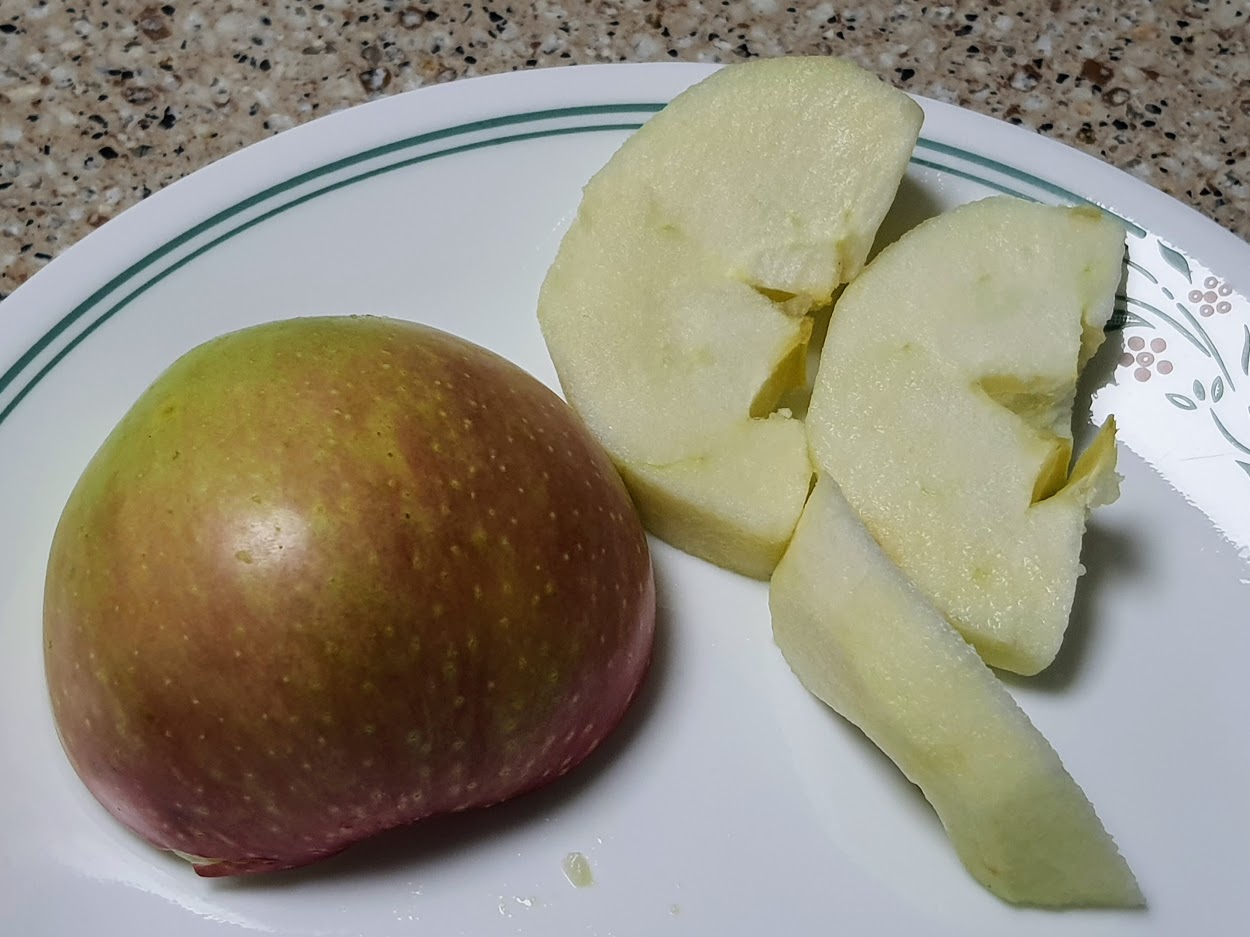 If seeds are dark brown, almost black, they are ripe. Sometimes, some of my apples have dropped before ripened.

If seeds are dark brown,

Seed were not that dark thanks for the good tip. 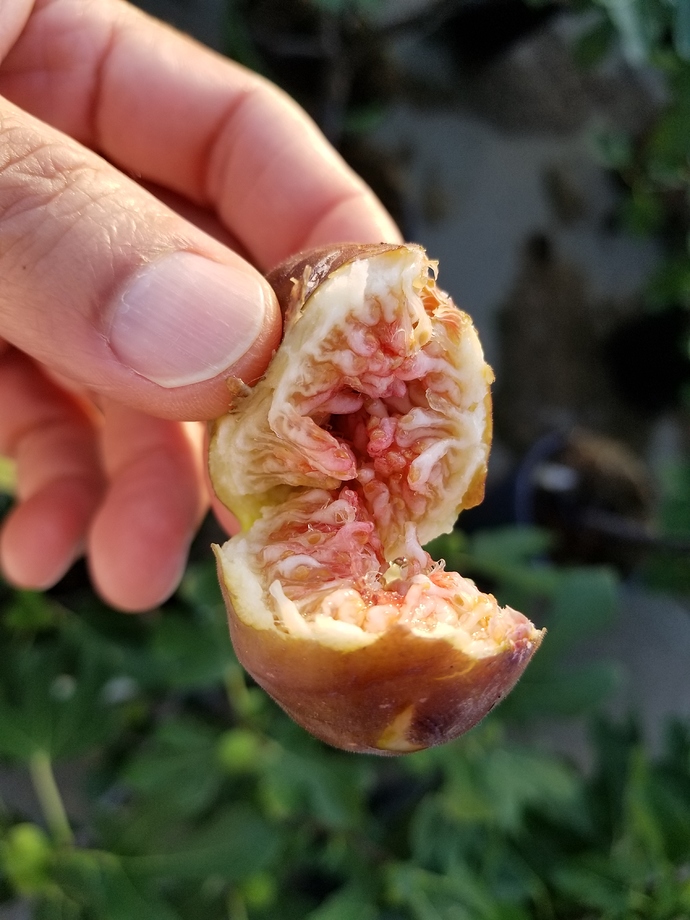 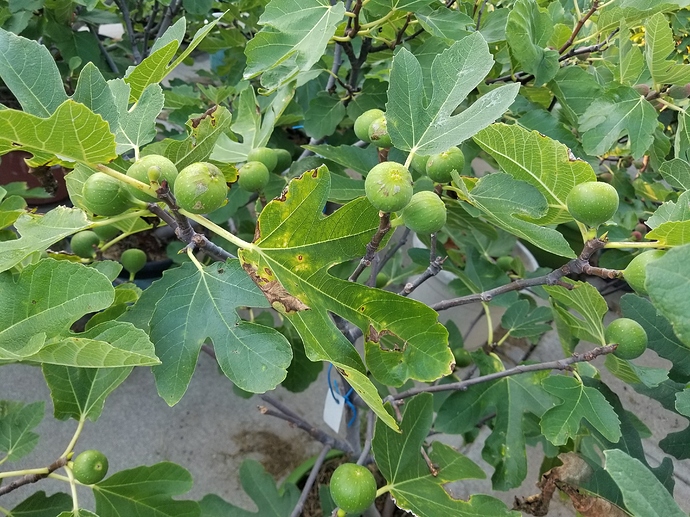 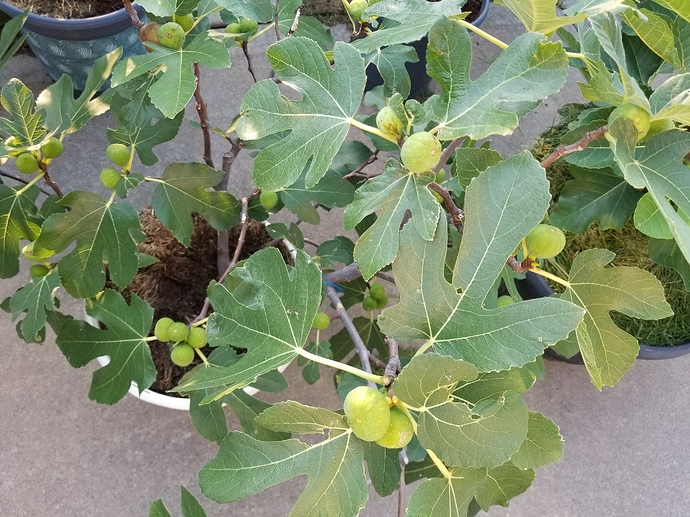 Flavor King Pluot true to the name. It was little split due to big rain we had. 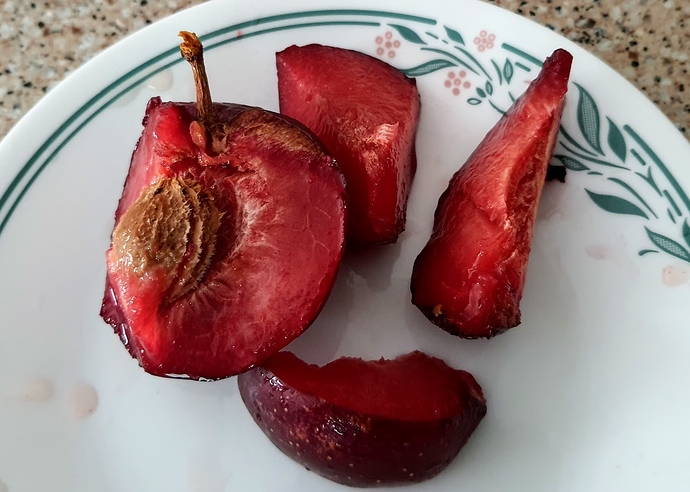 1 of 2 Ruby Queen plums that survived a hard freeze. I didn’t think it would start coloring up this early. 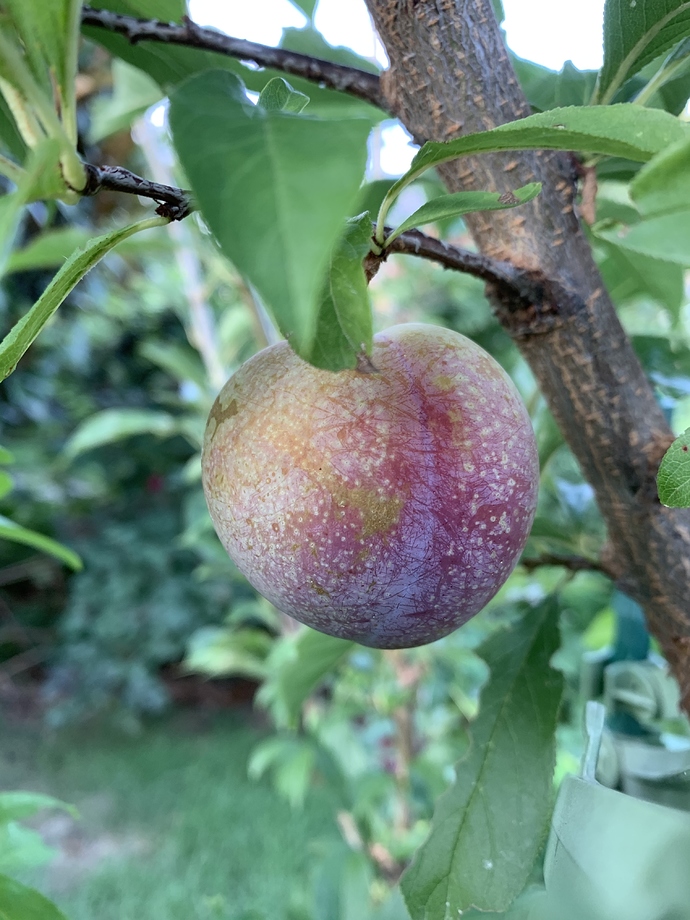 Hi Tony, looks to me like you’ve got a little web blight getting started.

I’d pick off those leaves and discard them in the trash. It will spread to other leaves and fruit, spreads really fast in hot humid conditions.

Thanks. They will be taking off tonight after work. 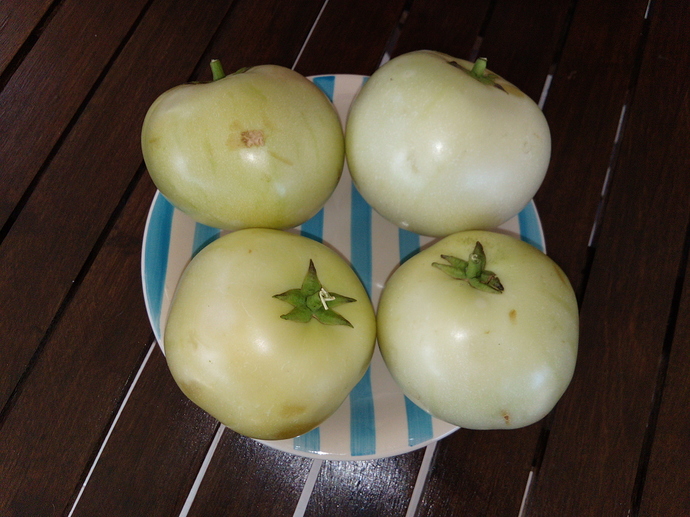 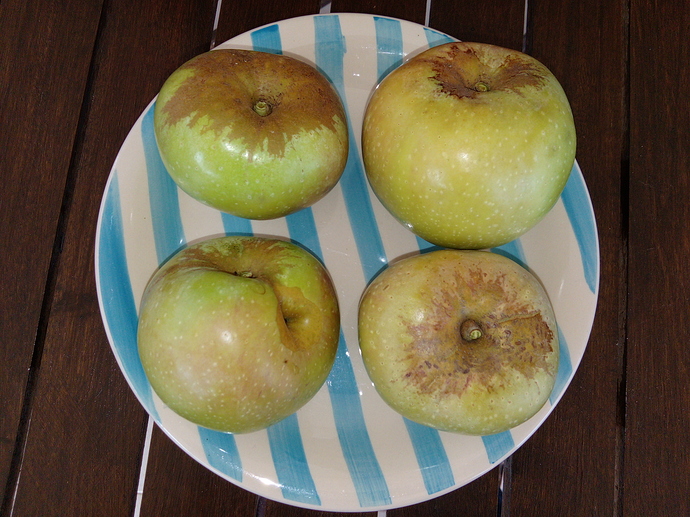 Cascade Raspberry the best of the bunch I am growing. Picked few but expecting more. 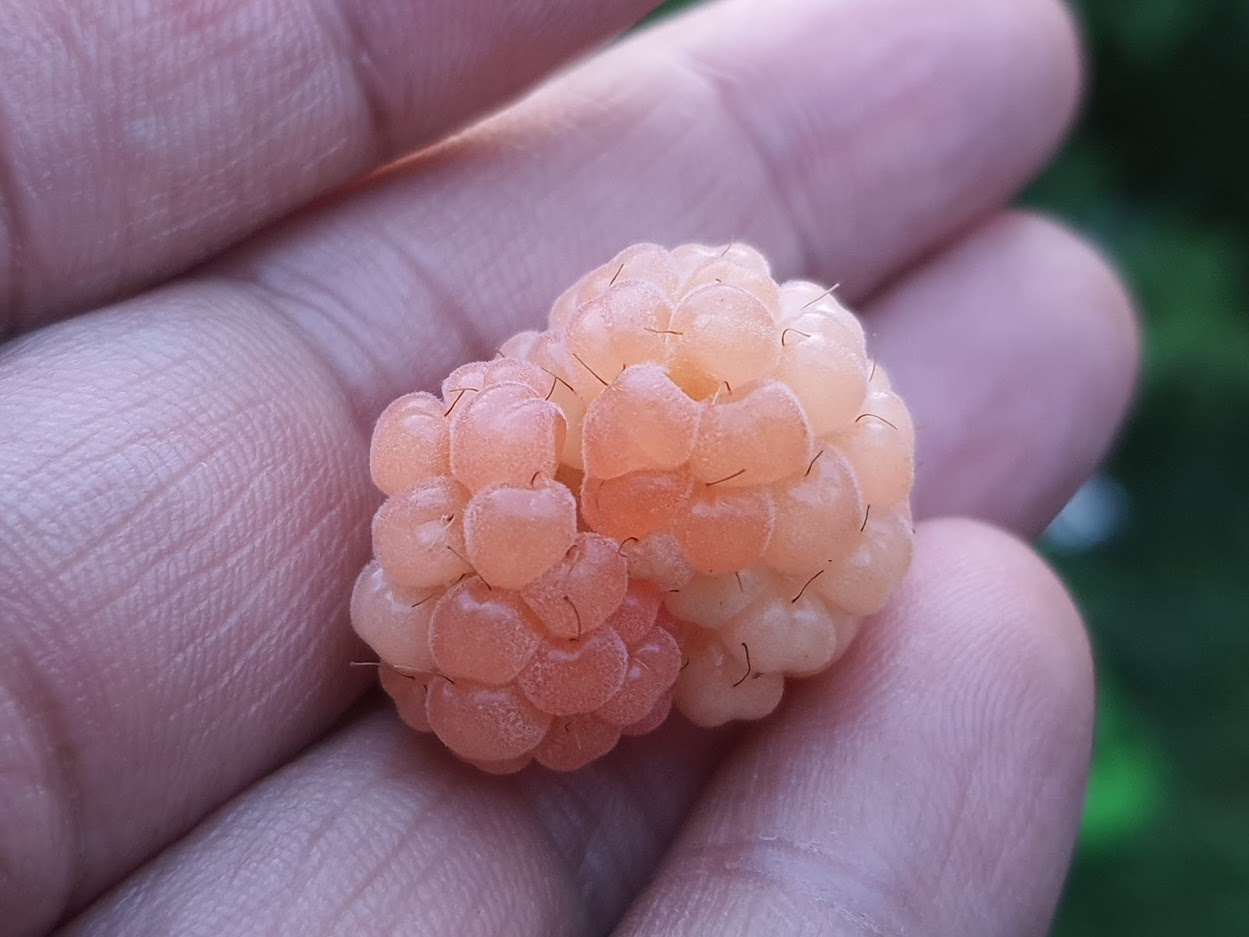 I was contemplating topworking mine, but last season I juiced them and enjoyed it, often as soda. I think juicing allows some of the tartness and flavor form the skin to better mingle with the mild flesh. I’d say its also a reliable bearer and relatively healthy compared to other Japanese plums, but this year it took a year off. I think spring weather was bad for Japanese plums here this year.