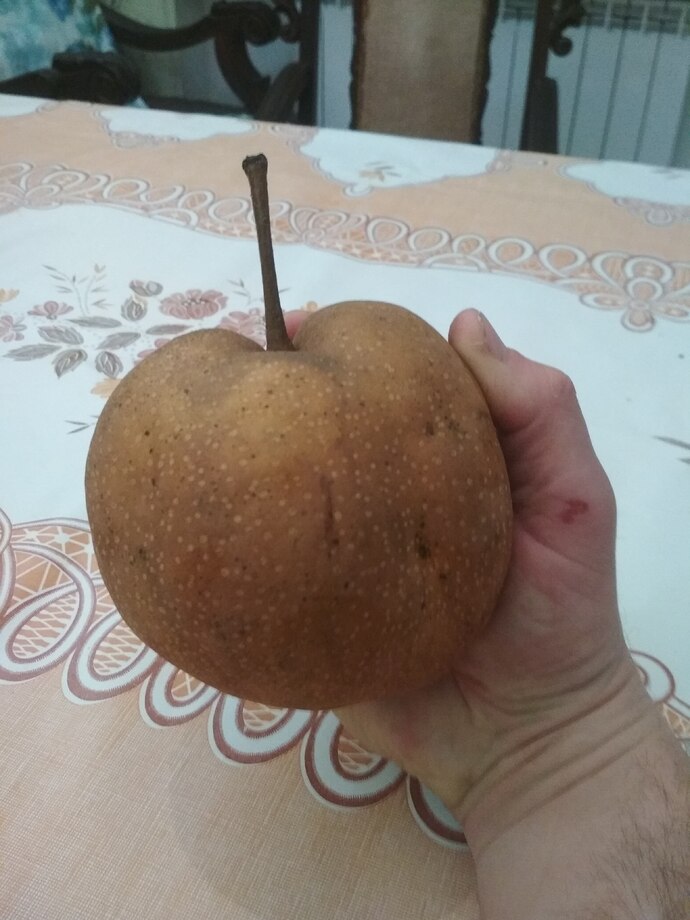 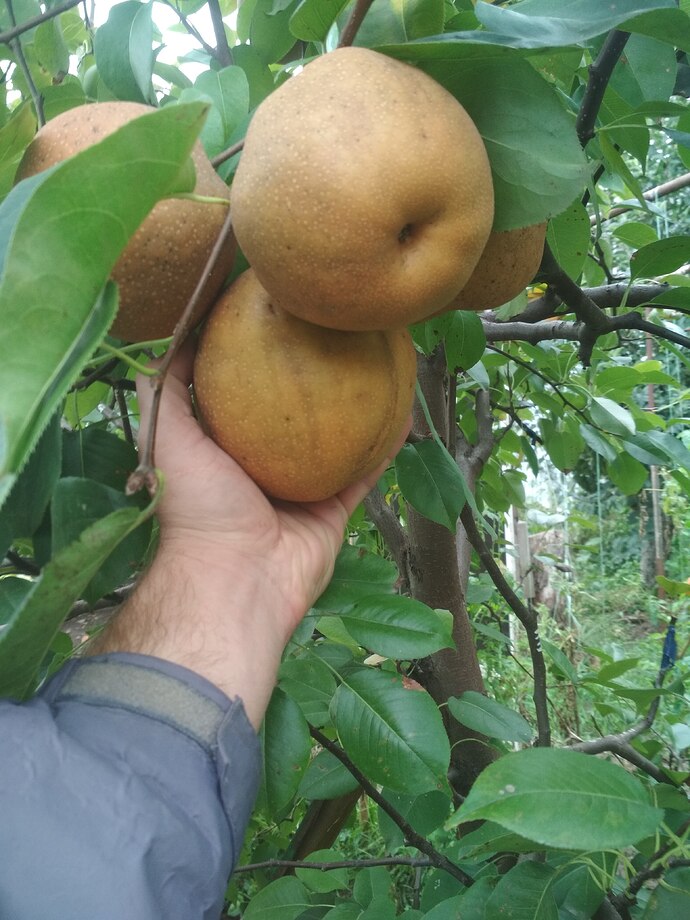 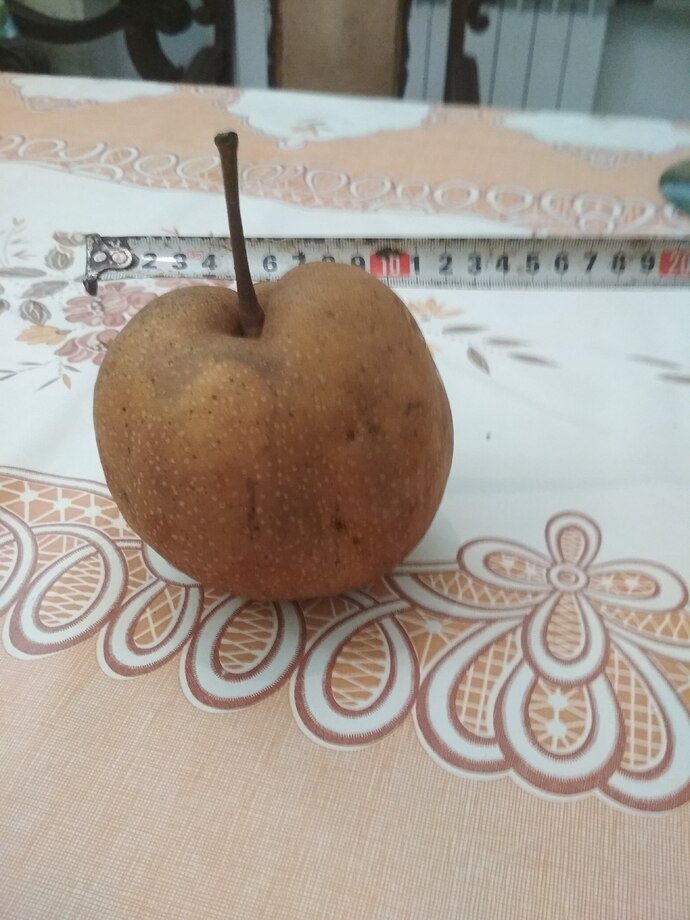 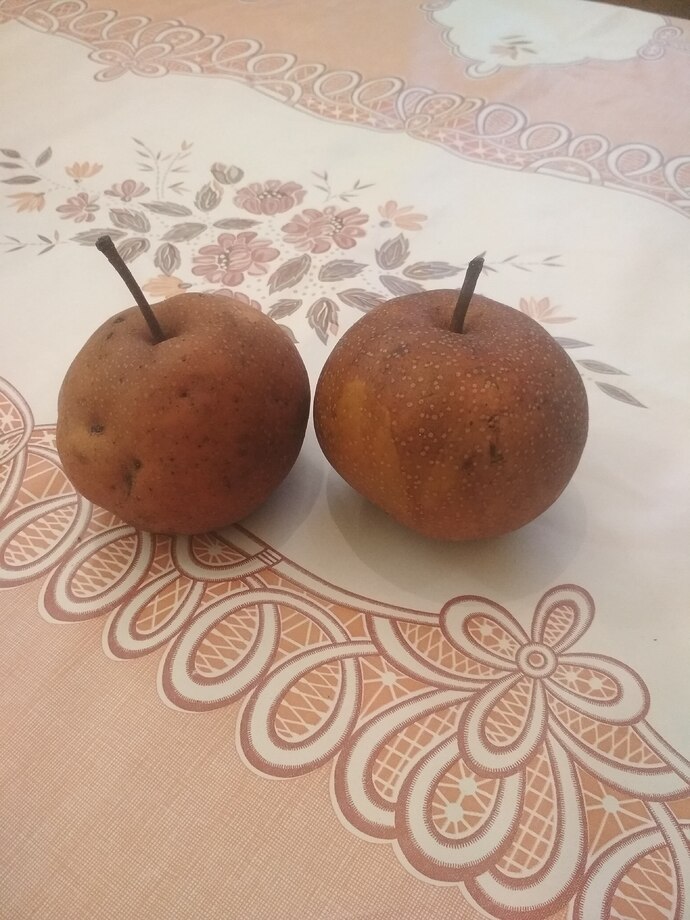 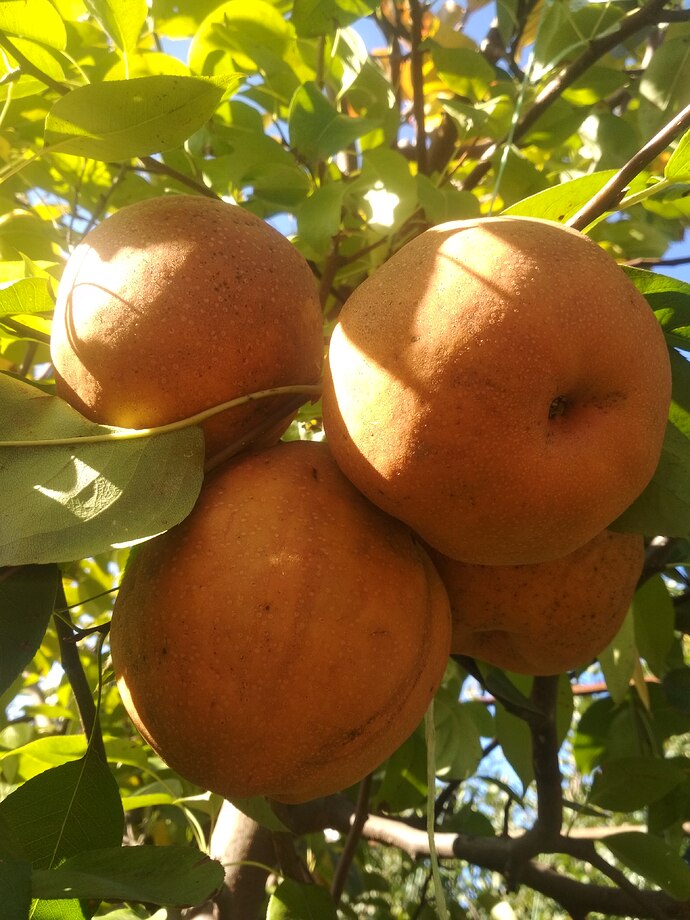 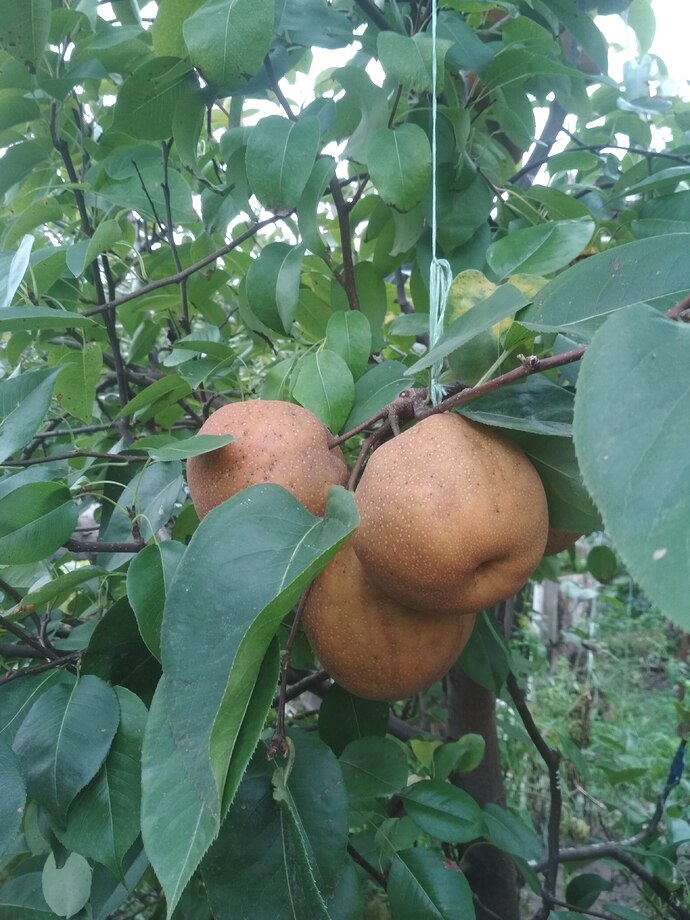 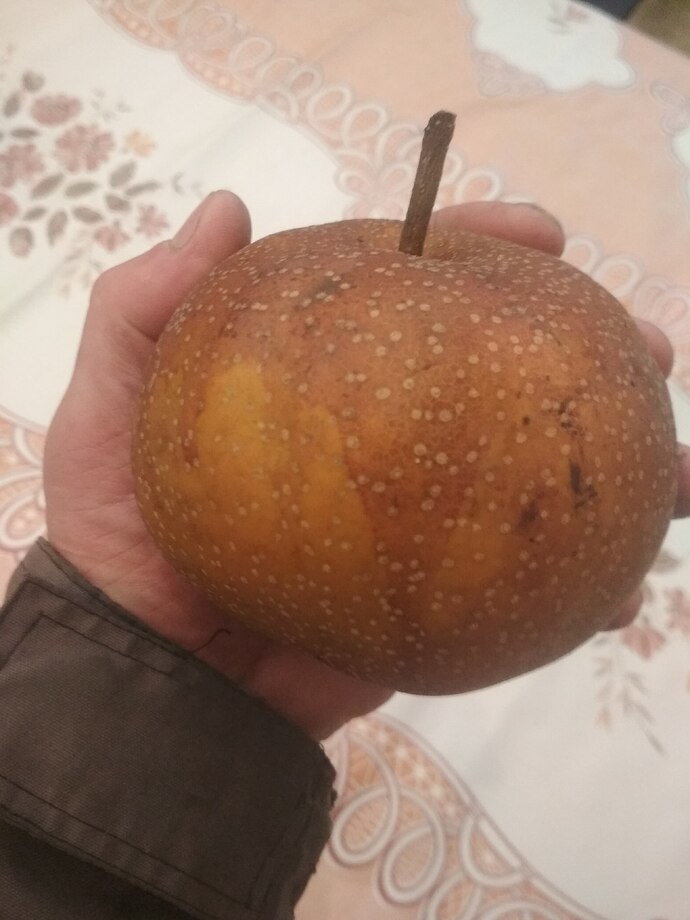 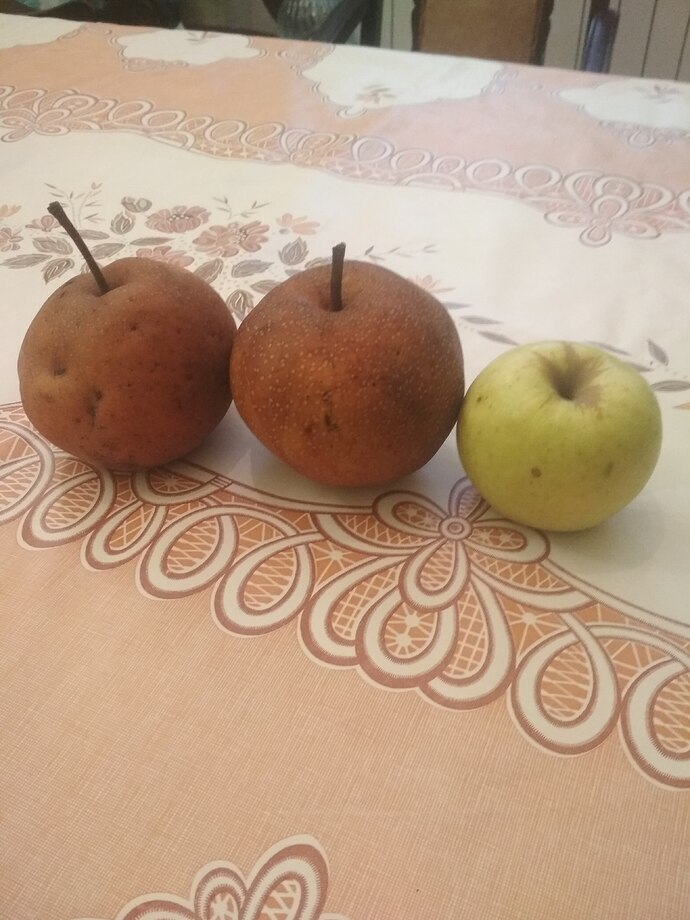 Has anyone had bigger ones?

They did not get big this year, but were plenty.

Perhaps like Duchess D’Angouleme 1 or 11/2 pounds is not uncommon though 2 pounds is rare! Atago holds the world’s record well over 6 pounds!
Mentioned it in this old thread The pears you may not have heard of and should consider growing - #188 by clarkinks
I’ve wanted to grow it since it’s the current world record holder. “11 NOVEMBER 2011
The heaviest pear was 2.948 kg (6 lb 8 oz) and was grown by JA Aichi Toyota Nashi Bukai (Japan) and presented at the JA Aichi Toyota main office in Toyota, Aichi, Japan on 11 November 2011. The pear was an atago pear. This variety is the biggest pear in Japan and it is original from the Okayama prefecture.”- guiness book of world records

Atago trees are for sale at several nurseries 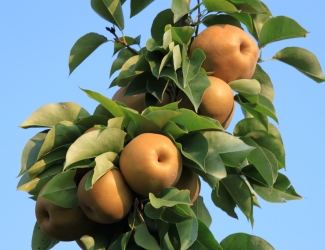 Yes @snowflake growing a 6 pound 8 ounce pear is not easy they certainly went to great lengths of trouble to grow it. They must have built a screened in cage around the pear to keep everything off of it.

This thread reminded me of a vid I saw a few years ago. You might find it interesting. You can enable English subtitles although they don’t say anything too interesting. Big pear. 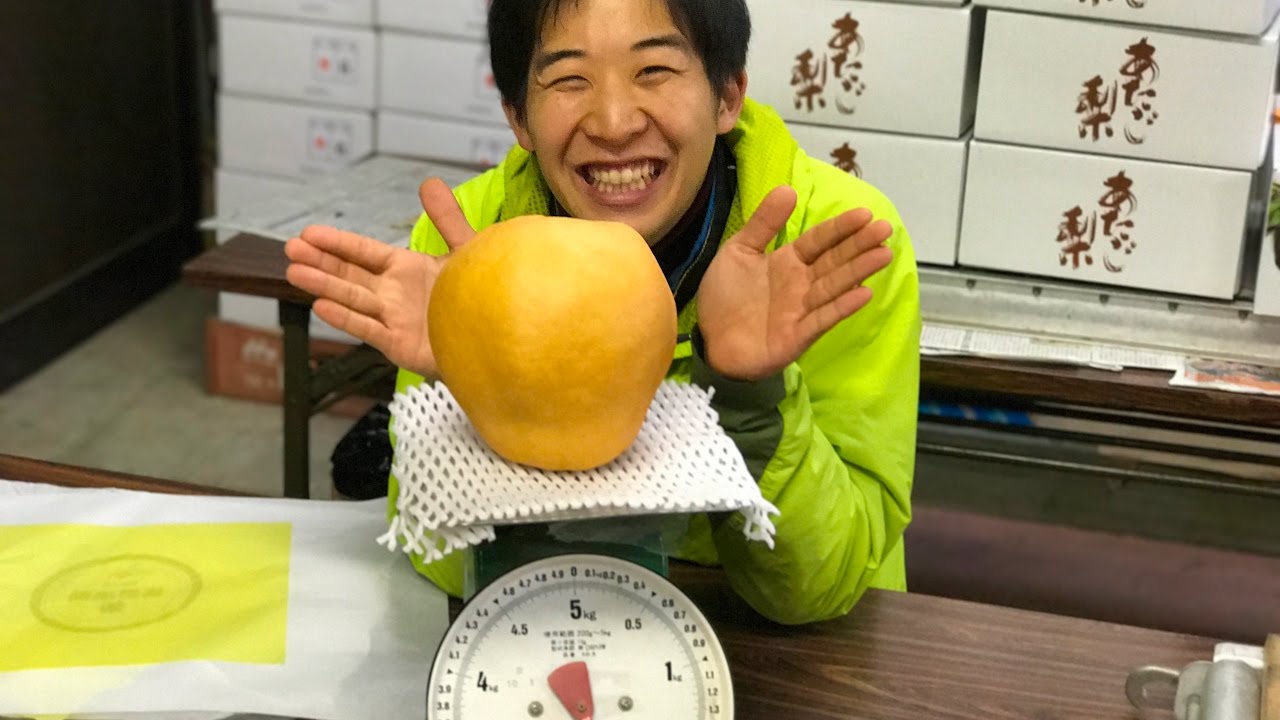 This shows the support system they use for an orchard of heavy pears like that. 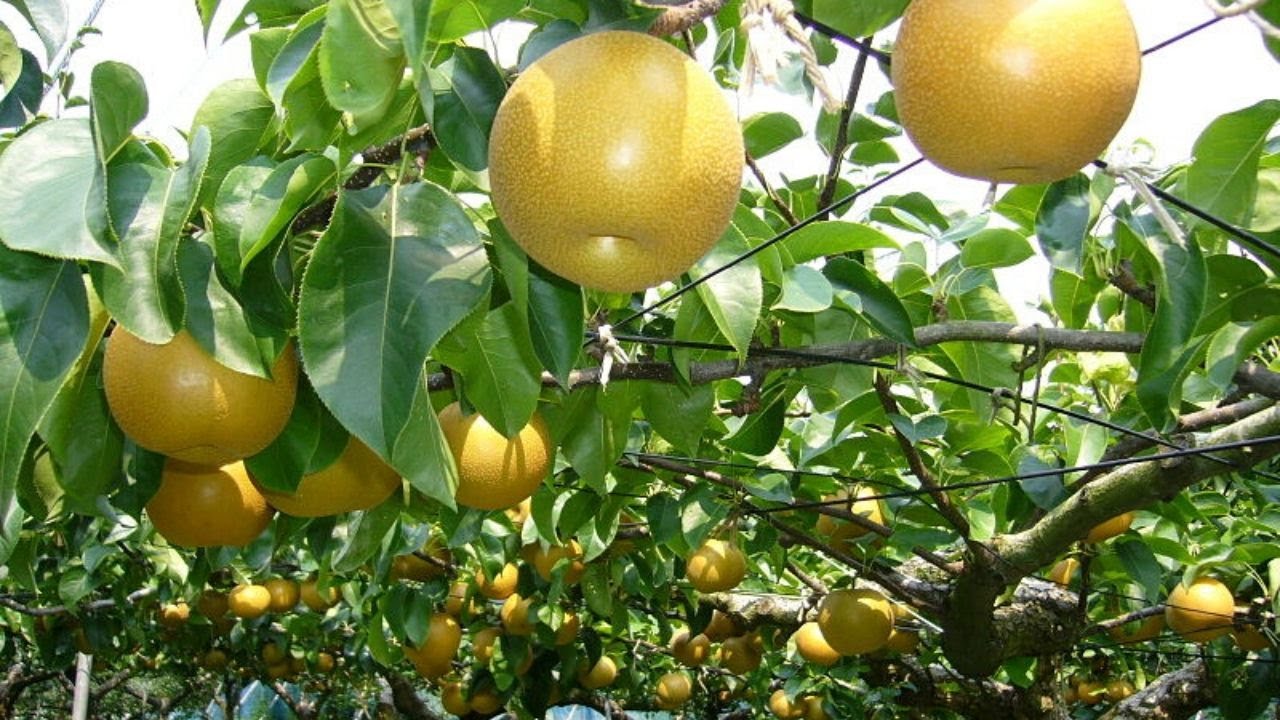 When I used to grow it, it never got larger than Korean Giant and failed to reach KG brix. Not worth growing in NYS in my opinion. We need to stick to sweetest varieties. However, it would probably sweeten up here against a south wall as an espalier as I’ve seen 20th Cent do.

I just weighed one of the biggest KG’s from this years harvest and it is just a shade under 2 pounds. There were several on the tree of similar size but still a bit of an outlier. I’m not sure what the point is of any piece of fruit that weighs more than a pound- at least until they invent a machine that shrinks them by removing water and leaving the sugar.

People in my family request large fruit as it’s very easy to process. Over a pound is not necessary. They do not like seckle no matter how good they taste they asked me not to grow more of them. I suggested canning them as is. Maybe a jar full of seckle pears is a bit weird but it’s how I would can them if I was doing it. Would not even slice them in half.

Does anyone process Asian pears? I could see drying them but can’t imagine a watery Asian pear tart and the sauce probably wouldn’t be very interesting. Jarred would seem likely to be similarly boring without the Euro pear’s aromatics.

Fortunately, KG’s are extremely long storing fruit and in normal refrigeration, seem to keep much longer than Euro pears.

My mom processed drippin honey they are delicious! She did not care for peeling them mentioning it was more work than regular pears. Apparently I gave her to many to fit in her crisper.

Superb idea. Next year I’ll try it out.