Best Apples for zone 9B

Hello all, I’m looking for the best tasting apples that will grow in zone 9b. Sacramento county gets around 600 chill hours or so.
So far I’m leaning towards Dorsett Golden, Golden Delicious, and Gala. I know these are basic, but this is all I know. Any recommendations on apples that (in your opinion) are superior tasting to these varieties and will grow in my zone.

Also, I don’t like varieties that are super sweet such as Fuji. I prefer balanced taste.

Choices are limited by having very few varieties available that will produce in your climate. Anna, Dorsett Golden, and TropicSweet are possibilities. Probably cull TropicSweet as it is very sweet and not tart/acid enough. Winter Banana and White Winter Pearmain are two more that have a history of growing in zone 9. 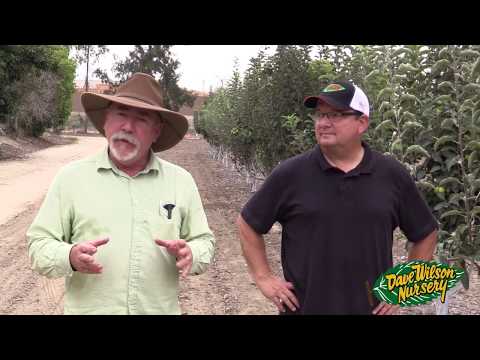 Choices are limited by having very few varieties available that will produce in your climate.

Very interesting video. I never knew you could get good crop from high chill varieties in the higher zones. Thanks for the info. This is going to expand my search. I’m going to fall down the apple rabbit hole now! haha.

I’m in Napa, 9b, and I have a friend here who grows a lot of different apples. I have had GoldRush from her orchard and it might be my favorite apple.

@chrisafix23
Christopher,
The CRFG chapters in your part of the state have acquired a lot of data about apple taste and suitability for your microclimates (incl. Sacramento).

We attended our first Apple tasting event this weekend in Santa Cruz. This is continuation of the 2019 version of it here, posted by @Richard The event started at 2:00PM and we were there by 2:30 and there was a long line and it probably took us 45 min wait to get near the apples. But it was a beautiful day and the event itself was quite well organized. Most of the apples were from Freddy & Ellen’s orchard and Rider & Sons farms. Some pics below [IMG_6514] Clipboard for each person with…

Here’s a list from @applenut’s favorites. @Richard mentioned earlier applenut had great success growing many apples in your area.

This sounds right up my alley. A golden delicious type. Thanks for the recommendation.

For what it’s worth, that’s been my experience as well here in coastal Zone 10a.

These people are the experts. Their nursery is in SoCal and they are helping growers in Africa. They are also good people to do business with.

“We’ve tested over 100 apple varieties in the 113ºF (45ºC) heat of Southern California where the lack of chill also tests the apple’s productivity. Top varieties from these trials are forwarded on to equatorial Africa for further testing in the tropics. We’ve picked a [list of our favorites that are well-adapted to hot climates and the tropics and also keep notes on the losers for reference. On another note, almost all of our varieties do well in colder climates, and we ship to northern locations all the time.”

Thanks for this. More great info. I even ordered me a gold rush tree.

I’m in zone 7 with what’s supposed to be 700+ chill hours. There are plenty of apples that don’t grow well here because of lack of chilling. Honeycrisp is one. Five yrs on MM111 and it grew no taller than head high and didn’t even attempt to flower. Gingergold does like many apples and blooms for three months. The best GG apples are from the late bloom and are seedless. They are 1/4 sized but stay hard and taste good. The early full sized GG fruits are green one day and mush 3 days later.

The typical apple that doesn’t like the lack of chill blooms over a long period and leafs out 1-2 months late with lots of blind wood.

There are apples that are fine with the lack of chilling. Goldrush blooms early in a compact fashion and sets way too much fruit.

The people who act like every apple can be grown anywhere are trying to sell you something or have more patience than I do.

I grew apples 30 years in Amarillo. That’s 400 miles north of here with ~1200 hrs below 45, maybe more. All the apples grew well there but I still think some didn’t behave like they would in the northern tier of states. Apples were much easier to grow up there except for coddling moth which were awful. No codding moth here.

I don’t dispute that most apples require some amount of chill to bear fruit, but my experience suggests that the amount required is somewhat lower than usually stated.

I think there’s a difference between CA and inland areas like west Texas. We’re below 45 more than you by quite a measure. But our trouble is that most winter days are too cold at night and too warm during the day. So we don’t have that many hours in the 40s and low 50s which are the most effective chill temperatures. Most weeks in winter we have a bigger range in temperature than point Reyes has all winter. One winter I analyzed we averaged 75 high and 20F low for the 13 weeks of winter. The 13 weeks averaged 75 high and 20 low. Below 32 and above 60 are zero chilling. Above 60 may even be negative.

In contrast Point Reyes stays in the 40s and 50s more hours of each day. I doubt all winter will see a 55F range in temperature. I know Modesto and similar typically have a monthly range in winter of ~35F, say 30 low and 65 high for a month. We almost never have a week where temps stay in a 35F range.

Cloud cover, fog, and rain also increase chilling. You have much more clouds and fog in winter than we do. When skies are clear the buds cool off below air temperature at night and increase above air temperature during the day. Neither of which is good for chill hours in our area.

If it’s true that temps in the 40s and 50s provide effective chilling, then we may indeed have more effective chill hours than our climate zone designation would suggest. During a normal winter - if such things still exist - that’s most of our normal daily range. I agree that the temperature swing doesn’t often exceed 35F. This month, we’ve had many nights in the 30s, and days in the 60s. That’s pretty chilly for November. Cloudy days are significantly cooler, but our evening temperatures don’t often drop into the 20s. The Pacific maritime influence effectively moderates most temperature extremes.

For several years prior to this one, we had unusually warm January temperatures due to high pressure ridges off the Gulf of Alaska. It was bad enough that some trees broke dormancy early and died in subsequent brief cold snaps when their cambium froze. These warm winters appeared to cause a measurable but not severe drop in productivity (unless the tree died, in which case the drop was quite unmistakable).

It doesn’t seem like it should be that way. We must have 60 nights a year or more with lows in the 20s. But it’s not the right conditions to make many apples happy.

I increase chill hours in my greenhouse by holding nights in the 40F range. That means all those nights that are too cold outside are just right in the greenhouse.