Cost report and call for donations

Sent a check by mail. Thanks, Scott

Paypal donation sent. Thanks for all you do.

The key increase is AWS, and not so much for storage but for displaying the images. The above number is the average, but recently AWS has been increasing and its now more like $60/month just to display all the images (only $5/month to store them). We may need to look for another image hosting method if AWS cost keeps increasing.

I assume the images can be viewed by anyone. Would it be possible to make the images viewable only to members of the forum? And could that cut the cost of AWS substantially? Just wondering.

I’m new here and after some initial looking around got busy, but I appreciate the work you do and the resource this forum is. I’ve donated what I can at the moment.

I think around half the page views are from members and half not. The problem though is new people usually join because they first read some useful stuff before they sign up, so if we hid the forums from non-members (the only way to not display the images) it would limit the number of new members, and the pages would not be accessible by search engines. Basically it would become more like a private club, not really something we want I don’t think.

Thanks for running this forum. I learn a lot from everyone’s posts. I can’t believe you can do this on this budget. I sent a donation to help out.

I was thinking there might be a way to allow new members to read text before joining but not see images until after joining. I know that’s the way it is with some other forums, but I hadn’t realized until now that there was likely a cost incentive for it.

In so many cases the photos are the heart of the post, as in ID issues. It would be a disservice to potential members to block these from them.

Becoming a member isn’t at all a big deal, though, is it? In other words, one could reasonably join just to see a single photo if one wanted to, right?

Yes, but blocking the photos would make them less likely to want to join, I believe

It might make them more likely to join. But in any case I don’t think the photos are as necessary to prospective members realizing the value of this forum as you seem to be suggesting.

Of course, this whole discussion is moot if hiding the entire forum from non-members is the only way to not display images to non-members (even though it’s possible with the software that other forums use.)

I think indeed it is moot, there is no way I know of to just hide the pictures without also hiding the text. The Discourse designers have put a lot of their own philosophy of what should be a good forum in the design by making certain things allowed on other platforms impossible to do on Discourse.

Let’s get back to letting all members know that if possible, please donate to the forum so it can be run without advertisements.

Check in the mail

Always glad to do my part to keep the site funded.

Let’s get back to letting all members know that if possible, please donate to the forum so it can be run without advertisements.

I don’t think my questions down in the comments are going to hinder anyone from knowing anything you’d like them to know.

Nor do I think will the following article, which I recommend, particularly as it relates to the issues Scott has mentioned with this forum and background expectations. 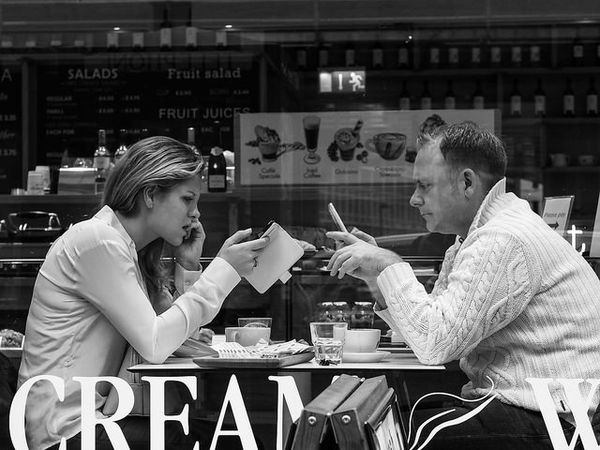 Why We Need a Speed Limit for the Internet

How much energy does the internet consume? Due to the complexity of the network and its fast-changing nature, nobody really knows.