Crabapple (and other) Rootstock's Influence on Flavor

How much can apple rootstock impact flavor? Does anyone have first hand experience or insight on this subject? Eliza Greenman wrote an excellent blog post on this subject with a few references.

Rootstocks: Do they impact flavor?

Earlier this year, as I was doing some research on the effects of grafting apple varieties to Malus angustifolia (southern crabapple), I kept running across interesting accounts of noticeable chang…

I am most interested in the impact of crabapple rootstock on the flavor of apples. Can anyone comment on this? I have some dolgo crabapple rootstock to attempt this on. Interestingly, I spoke with the management at Just Fruit & Exotics and they told me at one point they used crabapples as rootstock; however, customers were complaining the apples tasted “bad”. Personally, I enjoy a more tannic or sour apple, not to mention the possibility of using a dessert apple to make a really good cider.

Are there any dessert apples, specifically varieties that do well in the humid South, that could benefit from more tannins and be used as cider apples? I know very little of cider making, but I imagine a juicy, richly flavored apple are some of the qualifiers? Are there any other qualities that should be considered when choosing cider apples?

I moved this from QNDWT topic per Alan’s recommendation.

“Crabapple” seems awfully open ended. I’ve got named apple cultivars grafted to Dolgo, Ranetka, and wild/native (likely descendants of dolgo and/or siberian crabs) crab rootstocks. None are bearing yet, so I can’t comment on whether those rootstocks impact flavor.

Fascinating blog post that I’ll bump since this forum is too quiet and I’ve been thinking about this lately. Obviously the stock has to affect the water/nutrients available to the scion. If the crab roots contribute part of the crab flavor, and impart some of those qualities to a scion, then shouldn’t crab on apple stock logically lose some of its crabbiness?

I’ve been thinking about my red fleshed apples and how they’re supposedly naturally much smaller and very hardy and how much fun it would be to experiment with them as rootstock.

I have grafted them both ways and also to pears and I haven’t noticed any taste difference.

Interesting. This idea was mentioned to me recently when I asked about grafting over an old crab, but I had not seen the original source.

I’m skeptical, too, because I grew up eating apples that my dad had grafted over local wild crabs, and they never tasted bitter or astringent to me.

I wonder if any such effect might be more noticeable with some varieties than others? The varieties I remember from my parents’ orchard were mostly Cortland, Fireside, and Yellow Transparent - though there were probably others. They taste fine to us, but it’s not exactly a controlled experiment.

I can’t guess as to whether crabs are less crabby on non-crab rootstock. I’ve only eaten them on their own roots!

I struggle to accept the premise that crabapple roots would impact flavor much. Many clonal rootstocks produce crab sized fruits if allowed to mature and bear fruit. I’ve got a number of apple varieties grafted to wild crabs here. I guess I’ll find out when they produce fruit

“I have three PF51 grafted on three different rootstocks. In terms of fruit size there is not much difference. But each tree produces fruits that are so different in shape, color and taste that if I had not done the grafting myself I would have said they are three different clones.”

Certainly a reliable source, so quite interesting. I’ve run across similar observations of differences on different rootstocks in usually older publications. Maybe depends on the variety? A good number of my young grafts are on multiple and different rootstocks so someday I’ll have my own report to make, but not for awhile yet. Sue

I would think it would have more to do with what is or isnt in the soil as well as the health of the tree. Not enough calcium in the soil or a root system that doesnt have a good mycorrhizal connection for example. If the root cant supply what is needed to finish the fruit, that would affect the flavor.

That article states “These results show that contrary to popular belief, grafted plants aren’t genetically distinct. As their tissues combine, so too do they swap genes with one another. Judging by the number of shoots that Stegemann and Bock produced, it’s a common event, but also a local one. The plants don’t exchange any genes over long distances”.

There is evidence that genes may travel long distance and even be heritable:

Even ignoring any possible genetic transfer, it seems pretty logical that rootstock could alter the taste of fruit to some extent as metabolites move between rootstock and scion. An example is when you graft tomato scion onto tobacco rootstock the tomato fruit are high in nicotine.

An example is when you graft tomato scion onto tobacco rootstock the tomato fruit are high in nicotine. 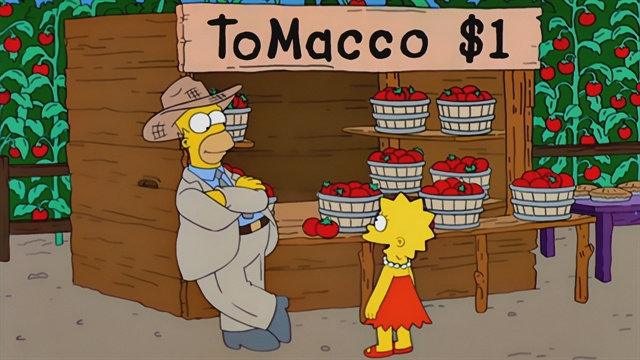 I think that if rootstock does alter the taste of a variety it might be more do to the fact that certain rootstocks grow different roots (fine vs tap roots) that might then access deeper or shallower soils with different nutrients and then up taking those nutrients to the apples themselves. Of course this is all just a guess without any evidence to back it up.

I wonder if this (gene swapping) also shows up in grafting scions of a paticular variety but grown on different rootstocks. Might partially explain differences that is often put down to different climates/growing conditions, though I suspect that is part of it, too. When you think of this happening over so many years/decades it’s not surprising that down the line the fruit might look/taste quite different one to another.

I really hope the unknown wild stock I’m often grafting onto is imparting incredibly positive aspects to my future fruit! Interesting things to ponder while the orchard is still well buried in snow. Sue