Eureka Lemon is a seedless cultivar of Lisbon – and my favorite. I do not care for Meyer Lemon and in my very opinionated point of view those who like it are victims of a well crafted marketing campaign by the patent-holders, including recipies et al. I can further relate that the New York Culinary Institute rejects the idea of using Meyer Lemon for any purpose (one of my daughters is a recent graduate).

So anyway, I’ve had a Eureka Lemon in a 24" box container for about the last 3 years – and had hoped to get it in the ground last year. Well yesterday I started getting around to the task. The location was going to be west of the Kei Apple but after a bit of digging I discovered a submerged Brazilian Pepper Tree stump. Darn! So rather than toil with the tree stump I decided to switch places for the Lemon with butterfly garden planned 20 feet west of there.

Submerged stump in prior location: 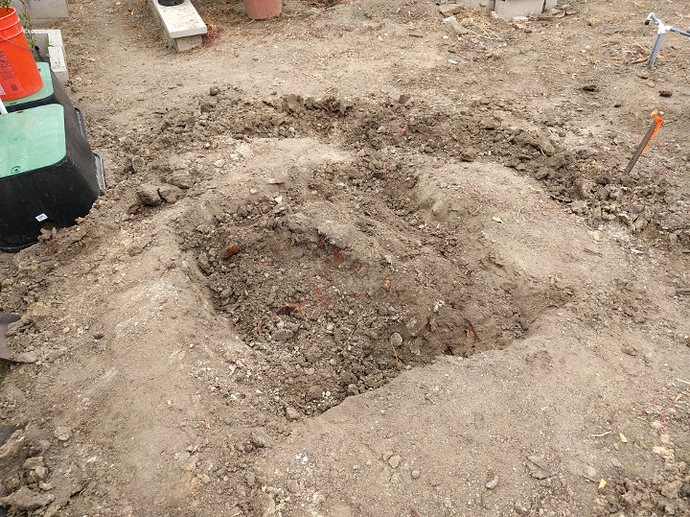 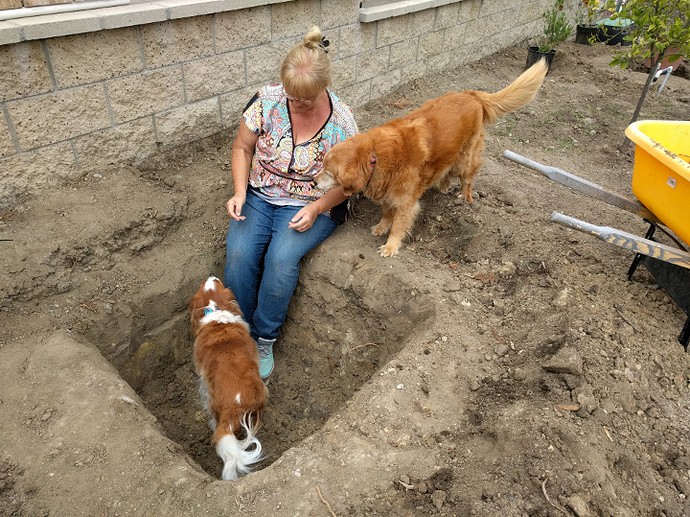 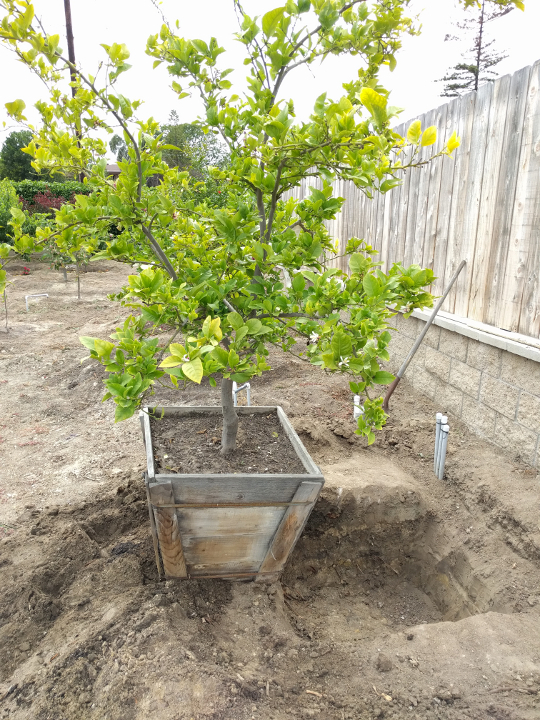 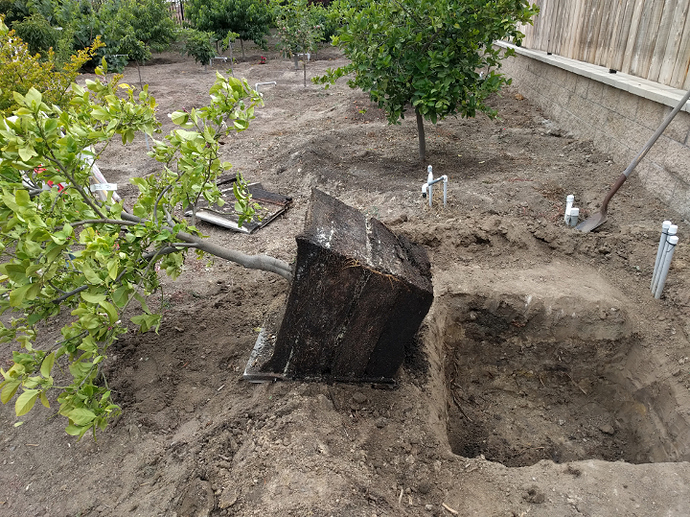 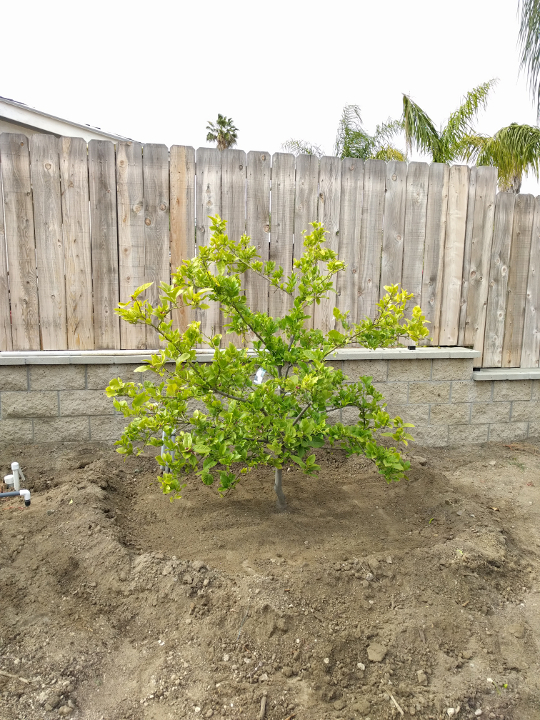 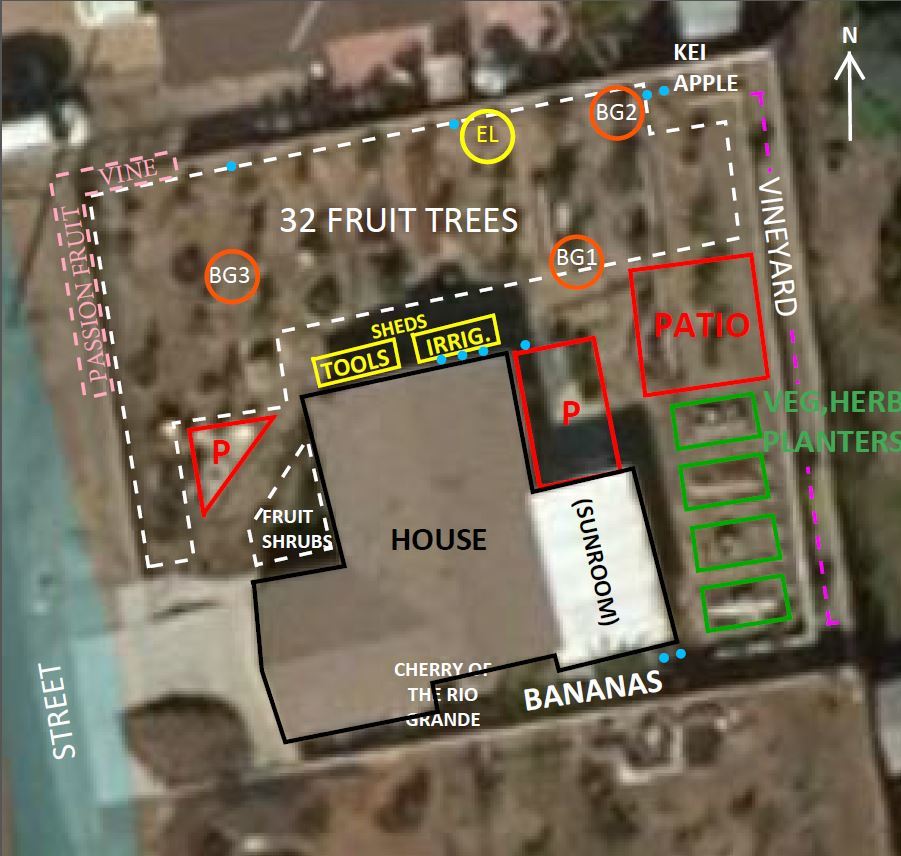 I have a huge meyer lemon on the neighbours property that drapes into my yard as well. I’m not sure I can get onboard with the meyer diss lol. They taste damn good! In fact, I bought a little 5 gallon at Lowes this year myself (as a container plant).

Richard,
Can you grow dates there? Noticed you can grow a lot of different fruits!

Can you grow dates there?

Yes, both true date palm and pindo palm – the latter I prefer for fresh eating. However, I don’t quite have enough room on this property.

Here’s about 2 lbs of fruit from the Eureka Lemon. There’s at least another 50 lbs of unripe fruit on the tree. 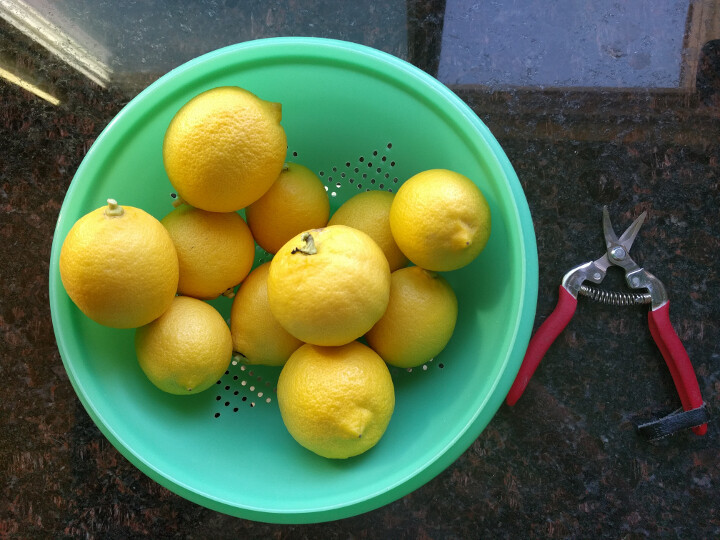 Looking good!
I have so many lemons (and oranges) right now that it’s hard to use them all. And my Mexican lime is blooming like crazy!

Nice looking crop there Richard, I bought my Eureka 8 months ago to warn my 4 year old Myer that it might lose its place in the ground if it didn’t behave itself. It must have taken me seriously because when it saw what the Eureka could do it immediately set a large crop. The Eureka is in a large pot and I think that it would like to be in the ground.

Unfortunately I am not able to get the photo to upload 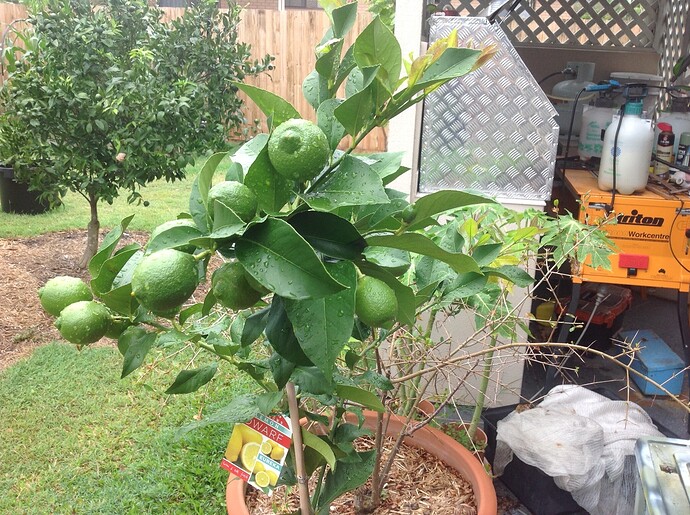 that Eureka looks really nice…my Meyer hasn’t produced, my fault due to lack of feeding…hope to change that this year…seeing the types of lemons on the Eureka makes me think it would be a nice addition.

They do look nice don’t they?
They also like a good feed. I fertilise at each change of season. 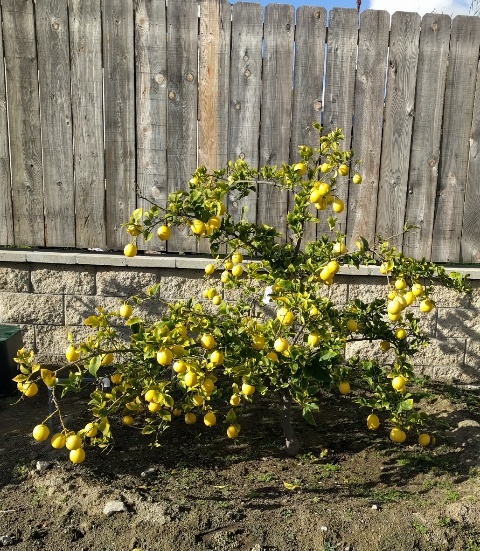 wow that’s loaded…time for some lemonade…

This is an update from my pic in the ninth post. The Eureka is such a robust tree.

The Myer survived the threat of being replaced and is blooming again .

All my citrus are ripening or have been harvested. The Imperial mandarin and the Navelina orange have finished and I have a big crop on my Washington navel to come. 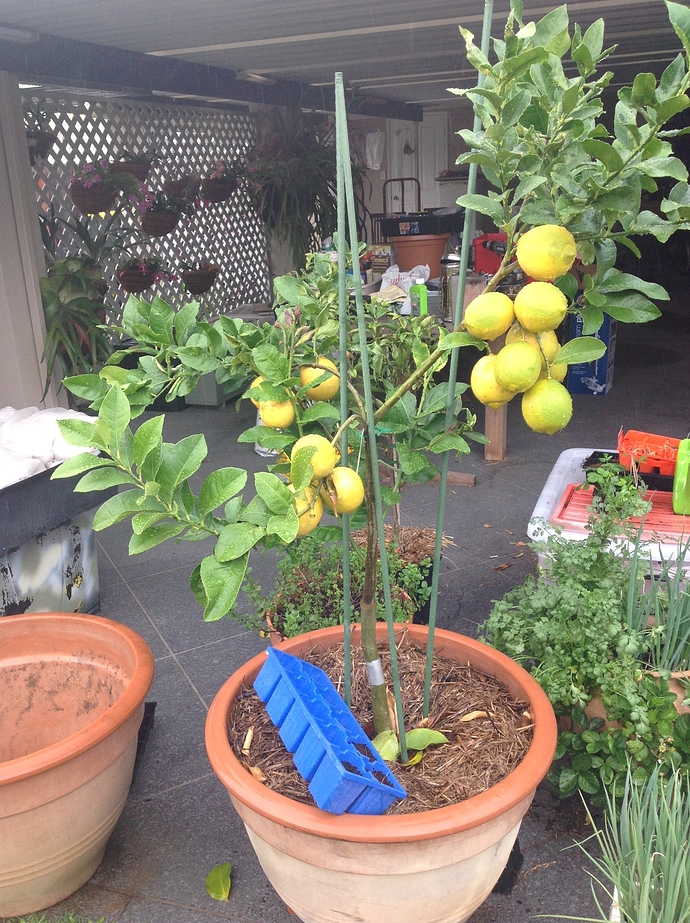 I do not care for Meyer Lemon and in my very opinionated point of view those who like it are victims of a well crafted marketing campaign by the patent-holders, including recipies et al.

Meyer Lemon is a strange Mandamon hybrid, LOL It’s too much like both a Lemon and a Mandarin at the same time if it’s ripe, I have discovered that if you pick it way before it seems ripe it’s actually a lot like a real Lemon with no taste of Mandarin or any other type of orange. That is the only way I like it, yet there is one major drawback using it like that, more acidic than a real lemon and yet a very strong lemony flavor, I am planning to get rid of our Meyer Lemon tree in time because of the extra acidity.

The Eureka is such a robust tree.

Yes, mine “has gone to hell and back again” … yet still faithfully producing outstanding fruit.

Nice tree @Slicko. Any reason you haven’t planted it in the ground??

I’m about ready to rip out my meyer lemon and replace it with a Eureka.

Thanks Jeremy
The main reason is that I have run out of room for it. I am reluctant to remove the Myer as is usually such a good producer. I am trying to find space for another papaya on an 800 square metres house block to join the other 5 citrus 3 peaches 2 plums 4 apples 9 grape vines and 4 veggie beds in the backyard. I also have another navel orange that I have to repot into another of those big earthenware pots. So everything has to be kept relatively small.
Thanks for your questions. 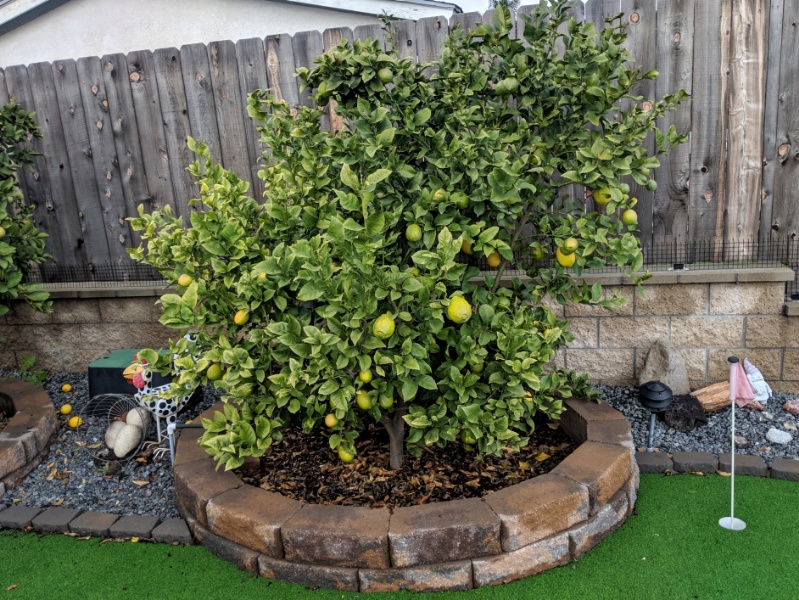 In my view, the best lemon tree is the one you can grow well in your climate. I’m guessing Eureka would be a bit of a stretch for my Zone 8B. My Lemon Frost is doing just fine, and I know people who are growing Meyer and Ichang lemons successfully. Anyway, you tree looks great, and if I lived in a warmer climate maybe I would have the luxury of being a cynosure. LOL!