If the fruits are big/juicy, might be worth saving

It lacks in both those categories. It’s also one of my earliest bloomers, which is problematic with our up-and-down springs. I don’t mind giving it another season or two to settle into itself, but it’s not very promising.

Looks like my Red Love Era grafts are starting to push. The Calypso and Odysso are still nice and plump and I expect them to start growing soon also.

Must be cold in Seattle; my new Odysso has 8 inches new growth, and a Winekist has over a foot of new growth…2020 grafts in March. Both to one year old potted rootstocks.

The famous saying ‘next year’ I’ll get to try it!

Oh, I just grafted most of these on 4/13. I have Cosmic Crisp and King David pushing but among the red fleshed apples, only Red Love Era so far.

It hasnt been very cold here this year-- we had a wonderful April and is expected to get to 75F today!

I dont have much experience with the red flesh varieties but it looks like the ones i put in the ground in 2018 are flowering like crazy. Is this normal for Red Devil to flower like this? 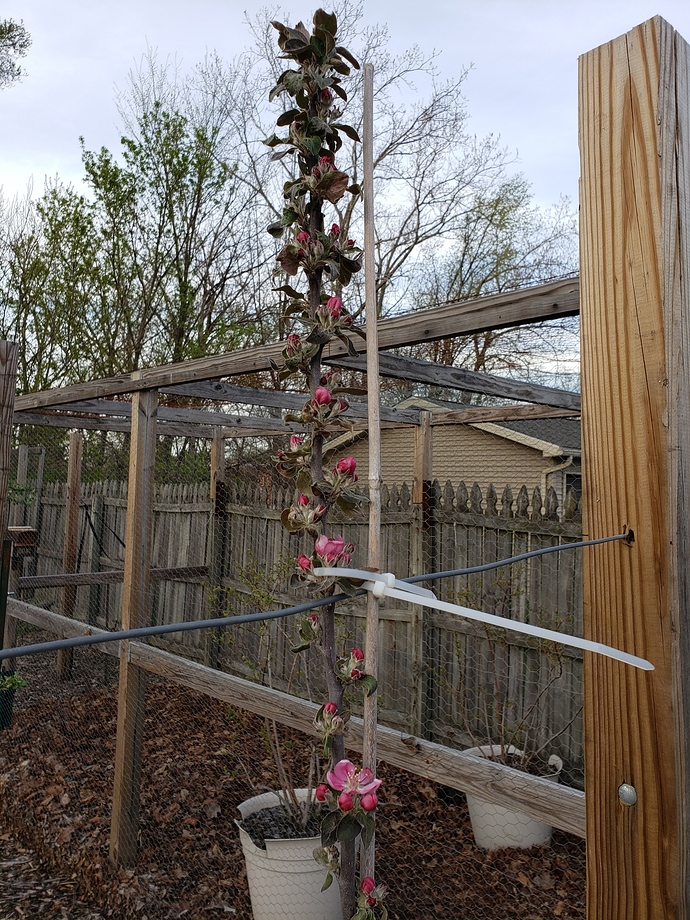 Is this normal for Red Devil to flower like this?

Is that a columnar tree? They do that.

Good point. I have dwarf Odysso that appear columnar. So, I think it’s the rootstock there on Red Devil, and not that Red Devil is typically a pole apple.

Having said that, Niedzwetzkyana always looks more like a tight pear tree in shape than a typical apple. So, the ‘RedLoves’ might have a somewhat columnar shape even on seedling rootstocks. (No, I am not implying Red Devil is a redlove.)

I do not believe it is a columnar variety. I got the scion from @derekamills maybe he could shed some light.

I do not believe it is a columnar variety.

Agreed. Mine (from TOA, on MM111) is branching nicely. It does want to bloom at many nodes along both leader and branches, however, as can be seen in your photo.

It could be a mutation. That would be pretty cool to have! 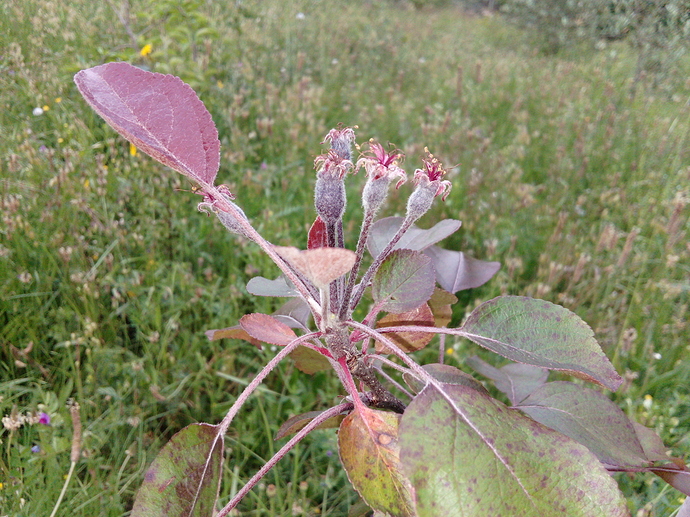 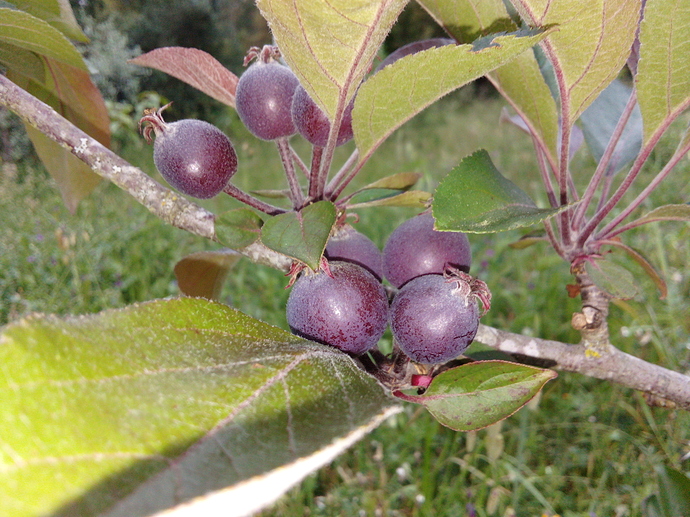 Rubaiyat has the most growth. Unfortunately, I don’t care for the taste. This year. Mott Pink has a few flower clusters. I hope it set some fruit. @mrsg47 spoke highly about it. 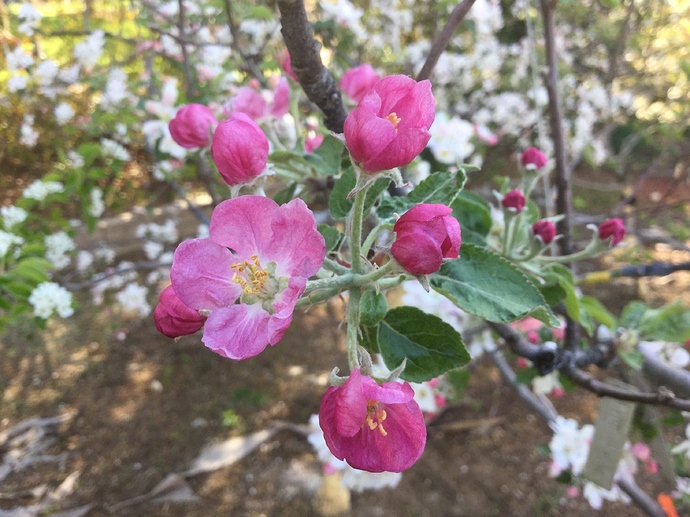 I wonder how they taste compared with regular apples, are they good tasting or just a novelty?

I’ve tasted quite a few of these, and most include a berry-like flavor component related to the pigment. Most are tart, varying from just pleasantly so to quite sour. Some are tannic or astringent; others aren’t. Texture and juiciness vary as well.

I should have added: I do find some of them quite tasty. I think that they’re very interesting as a group, and include a number of them in my own backyard orchard.

I was surprised to see a cluster of flowers from my Redlove Calypso, grafted in 2018. I hand pollinated it using a paint blush. Hopefully, it set fruit. 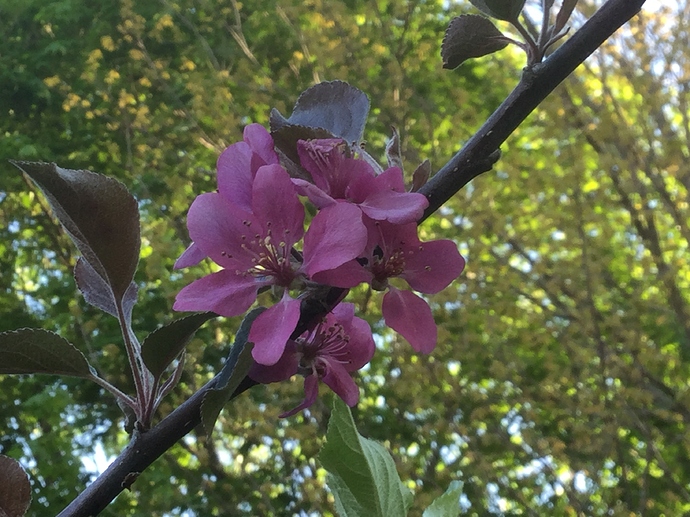