The PNW has very mild weather – mild winters and cool summers. This season has been quite an exception – We got a lot of 90 degree days and hit a maximum of 116F – measured by my garden thermometer. Yes, this was shade temperature.

The most heavily damaged plants were loquats – surprising given their tropical/sub tropical origins. Kiwis were also damaged despite being in shade.

Figs and Citrus shrugged it off like it was nothing. Feijoas actually grew in the heat!

Persimmons took some damage – but only a few of the very young ones.

The most surprising to me were pawpaws - in full sun, they had zero damage and looked greener and healthier after all the heat and sun. Aren’t they supposed to burn when they are young?

I had a pawpaw die over the winter. Hadn’t done anything with it when the other day I noticed that it had resprouted from the roots and put on a good 8 inches of growth. It gets direct sun for a decent part of the day. Seeing as it’s new growth, I figured it would have sun burned but it looks perfectly healthy, more so than the grafted variety on top that died off!

My satsuma plum put on another growth spurt during the heat. My one apricot and one superior plum on the trees appear to be doing fine. Most of my trees are too young to bear and our italian plum dropped all of it’s first attempt to fruit after a real bad aphid infestation. Cane berries are a different story but this topic is about fruit trees so I won’t sob in public over them here.

My quince tree went through the same 116 degrees with no apparent harm.
Feijoa has some brown areas on leaves and I haven’t studied the blossoms yet.

However, I watered heavily prior to and during the extreme heat.

Humidity bottomed out at 14% – remarkably high for 110+ degrees. I was expecting single digits for humidity. That would have burned more leaves.

Once they’re past about 2 years old, paw paw plants don’t seem to object to sun and heat.

Sometimes even second year seedlings can do OK in sunny places, all else being equal.
I have around 100 in pots at present. Zero to 8 years old. 1/3 day sun mostly .

The two things making me not want to grow Paw Paw is the amount of rain it needs and the fact that it needs two plants to pollinate. My area gets 15 inches of rate a year or half the required amount for a Paw Paw and you need two of them so 60 inches of rain a year. We have actually been the opposite of you this year though. It snowed all March and half of April and it has rained pretty much every day but two weeks in June. This had been a weird year for America all around in terms of weather with all the rain we are getting in Colorado, the snow storms in Texas and the weather where you are.

Most apples in the supermarket are grown where there is less than 20 inches of rain yearly…so I’m sure pawpaws could be grown likewise if the market and demand
was there. (It isn’t.)

Though they like moist soils, they do survive in drought conditions…just don’t produce or grow. I’ve had them defoliate in August in containers, yet come back to life the following year.

I had about 100 pawpaw seeds in pots this year. I’m guessing it was mice or voles that ate every.single.one. I say this because after the first round got taken, I covered with chicken wire and weighted with some heavy boards, thinking it was squirrels. The second round got taken as well. Total write off for this year. Next year I’m building a frame with 1/4 inch hardware cloth enclosure. And setting out a lot of mouse/vole traps. I don’t mind paying the nature tax, but when you eat 100% of my stuff, it’s war.

So you planted seeds in containers and something ate them…?
Even after covering with chicken wire?

It can take six to 12 weeks for the seed to put up a shoot that you can see…are you sure the seeds are eaten/gone?

(And it can take a year and a half if the seeds were not properly stratified.)

There were very apparent holes in the potting soil where something had managed to get in and dig. I was suprised, I’d heard wildlife mostly left pawpaw alone. I bought half a pound of stratified seed from Nash Nurseries in Michigan.

I know squirrels will sometimes mess with them…do you have chipmunks?
Voles are a thought, but I’ve never experienced it.

I hadn’t thought of the chipmunks, but I do have them. I think I’ll build the cage this fall, and hopefully get some seed this fall as well. Plant them and let them stratify naturally over the winter. I’ve also got some garlic and wormwood infused castor oil I plan to spray around my trees and stool bed to keep voles away. I’ll hose down the pawpaw stuff too. I should probably start another thread on this, as this was about temp stress. Sorry folks.

I’m North of Vancouver, WA and the recent heatwave damaged only my first year blueberry bushes. They suffered leaf scald and the berries were cooked. Shade cloth will be put to use for any future heatwave.

Veggies suffered the worst; from wilting to cooked fruit. One cucumber felt as if it was a bag of water.

oh, and my persimmon came out of the heat still looking good too.

Blueberries were badly damaged here too. The ones in pots were cooked and their survival is doubtful. The ones in ground will recover.

I mentioned some of these in the other thread, but didn’t include photos of everything, so here are some pics.

My Prolific and Shenandoah pawpaws burned some, but are already recovering after lots of watering: 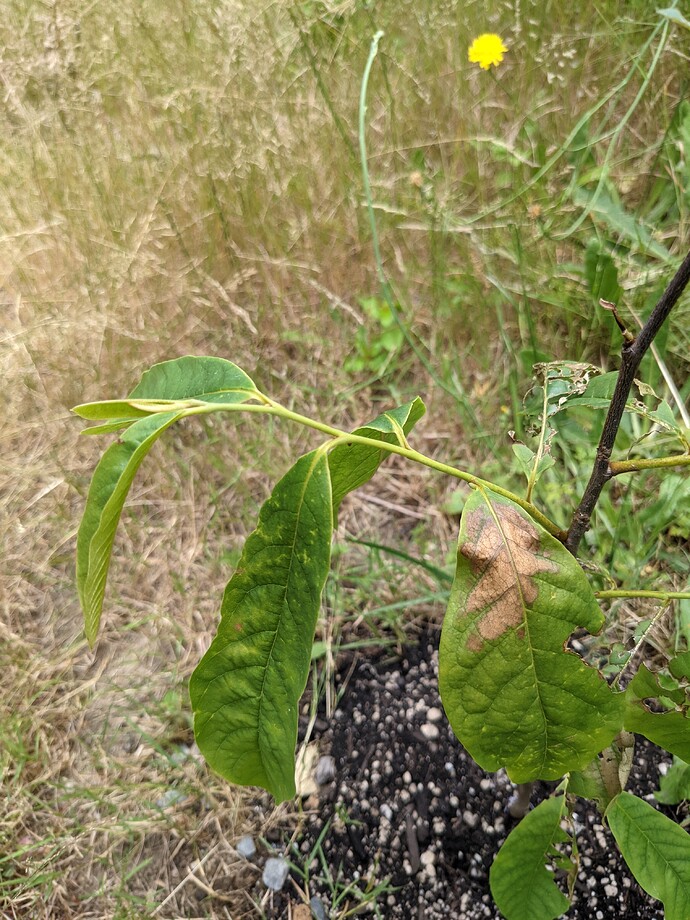 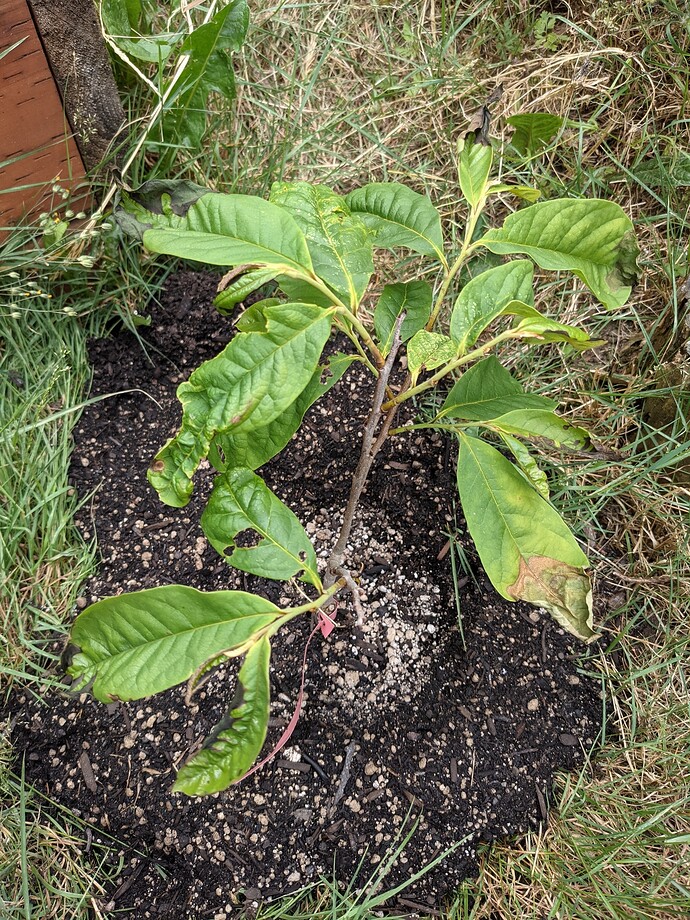 The Susquehanna didn’t burn at all and actually grew some during the heatwave: 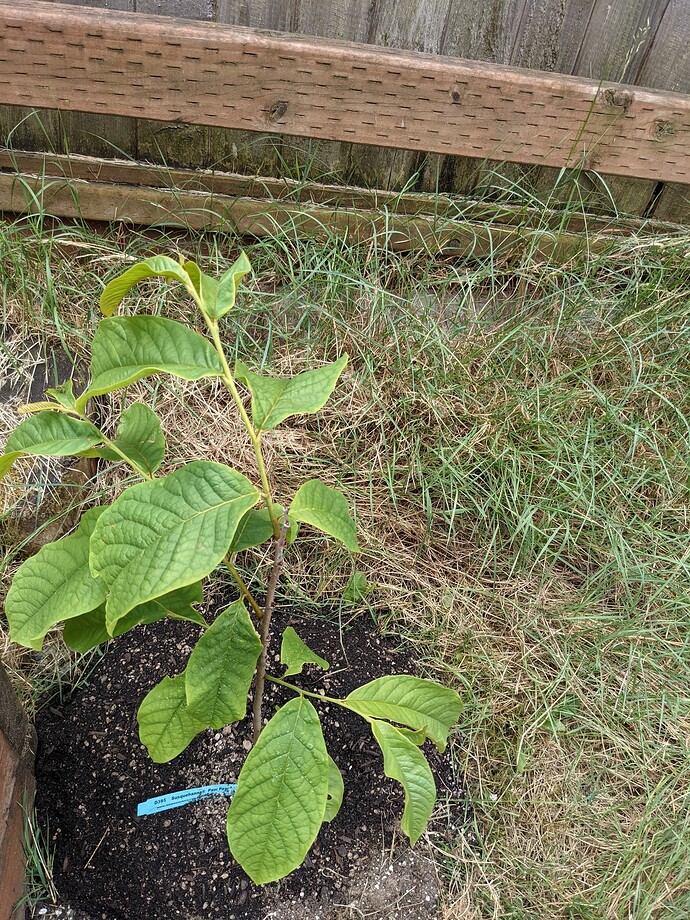 As others have noted, feijoas did fine, this one is in direct sun, and both the stock and new graft are growing vigorously at the moment: 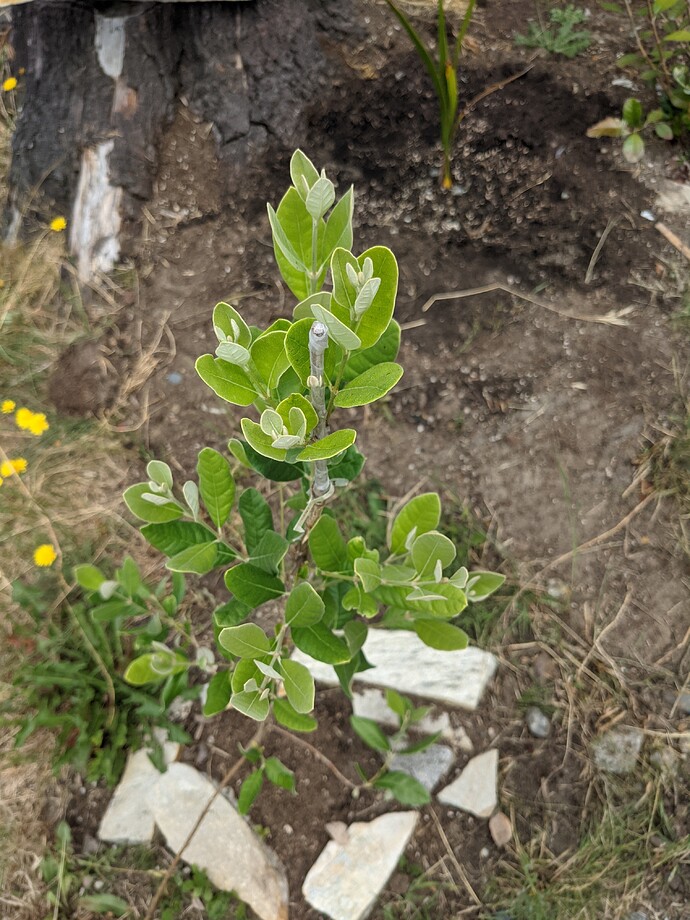 My zone pushing Mexican avocado seedlings are all pushing a new flush today, the heat really got them going. This one is a seedling of Mexicola Grande that has been in the ground since late February: 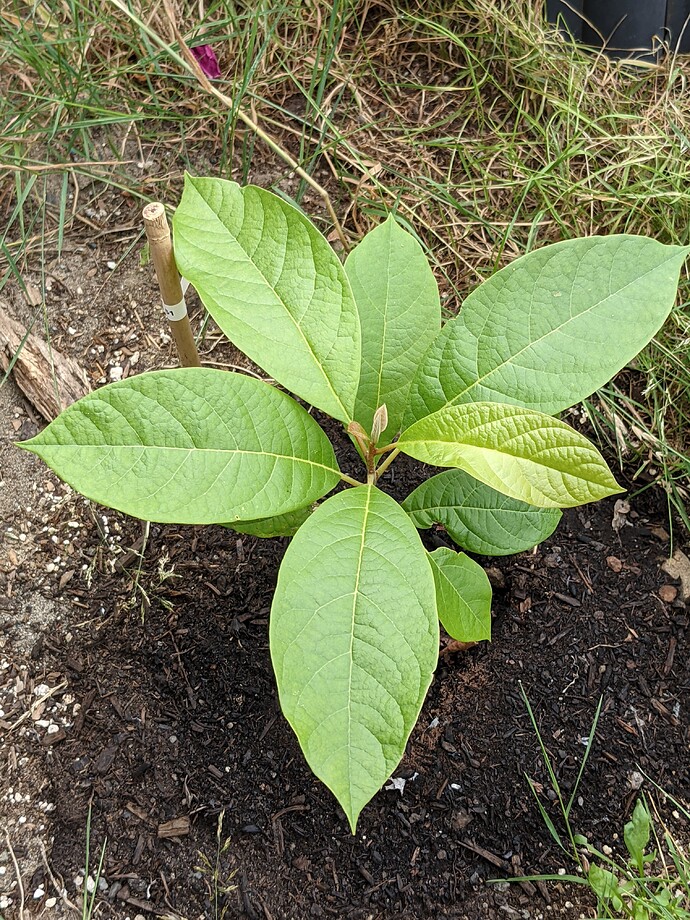 The only avocado that suffered badly (a seedling of Mexicola that died to the ground in late winter) is already pushing new leaves too: 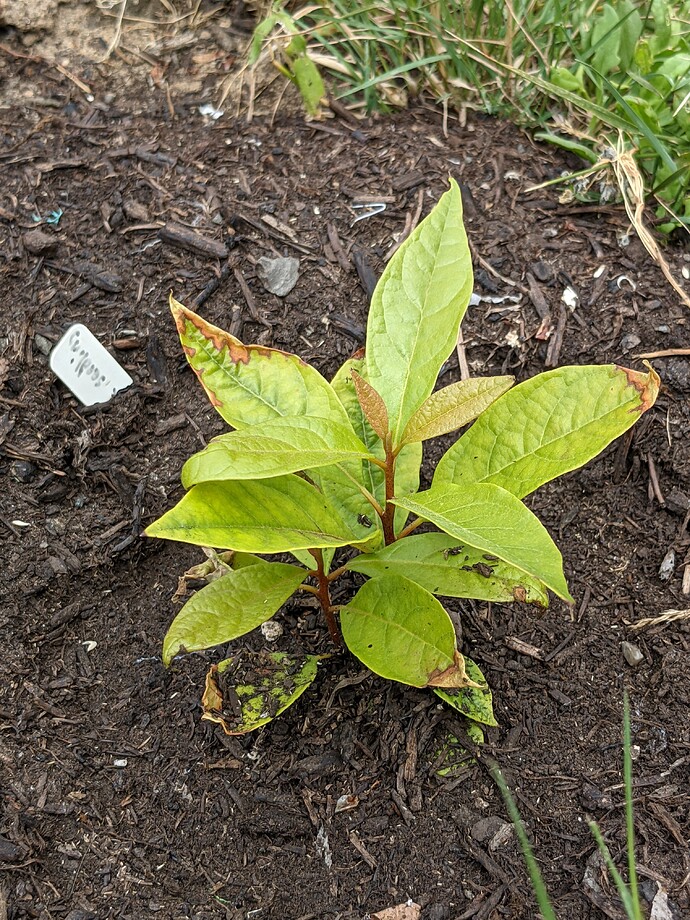 And the raspberries, which had just started producing before the heat, are barely edible: 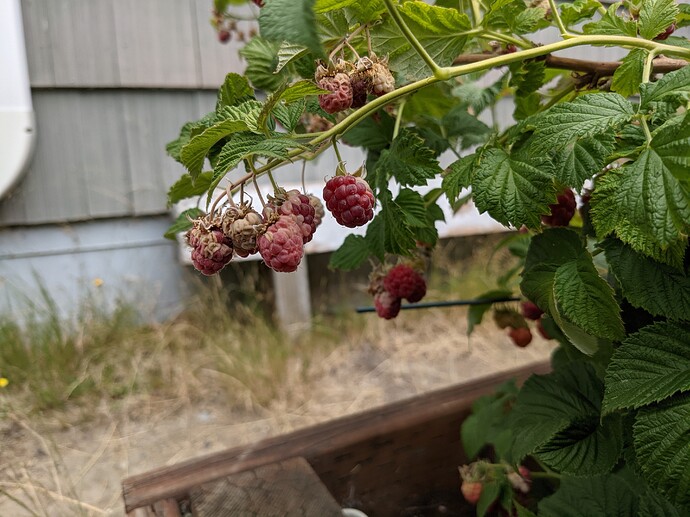 Central WA state is desert, but the fruit crops are irrigated. It isn’t dry farming.

Right, and I assume the ground isn’t too dry in Northwest Washington either, be it rain or be it a garden hose.

Unfortunately, many of us don’t have sophisticated and systematic irrigation like the apple orchards in Yakima.

The ground is bone dry and cracked in some areas at my place, and my well isn’t set up to irrigate the whole property.