Last year was my first attempt at grafting. I purchased M.111 rootstock from Cummings Nursery (very pleased with them and their customer service). Although my success rate was not as great as I wished, it gave me an opportunity to look at the failed grafts and learn from my mistakes. This year I will purchase more rootstocks and adjust from what I’ve learned. I did not use any grafting rubbers last year to make the union tight and think that was a major reason for failure. Also all my grafts were W & T and this year I will mix in some cleft grafts and compare. I am also looking to tackle grafting Cherry. I read that most cherry grafts are done by chip budding. Any recommendations on bench grafting Cherries? I would really love to add them to my property. Also with my successful apple rootstocks, how many years am I looking at before I see any fruit productions? I anticipate 6-8 years. Any help is much appreciated. Thank You in advance!

Does anybody take a picture of a grafted apple tree on rootstock from year to year. Really trying to figure out what my grafted rootstocks from last year should start to look like this growing season.

I used mostly cleft grafts last year and had very good success rates. I will try to get some pics of my grafts to show you what they look this year and at least that will give you an idea of what to expect with a cleft graft. Good luck in grafting this year. Also some of the rootstock that you have from last year may be able to be reused.

Awesome thank you for the reply! I find a lot of people graft into existing trees to add variety, but I want to get into grafting new trees for myself and also giving out to friends and family. After I grafted my trees, I thought to myself I should have tried cleft grafts. It was my first attempt and I went straight to W & T. It must have been the YouTube channel I was watching lol. Anything helps and much appreciated!

Do you guys use grafting rubbers or parafilm? Both? Anything else? 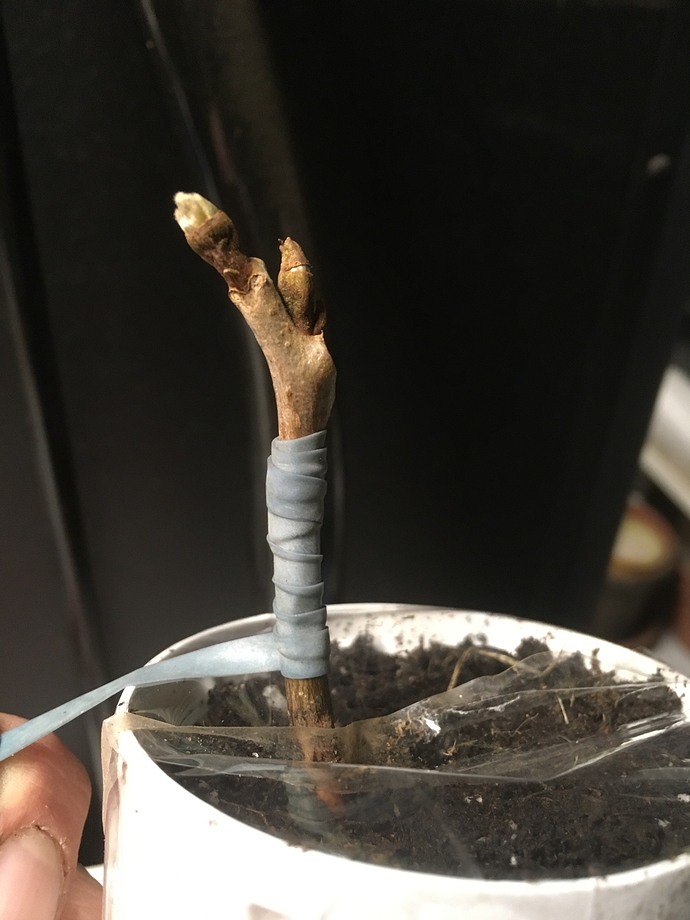 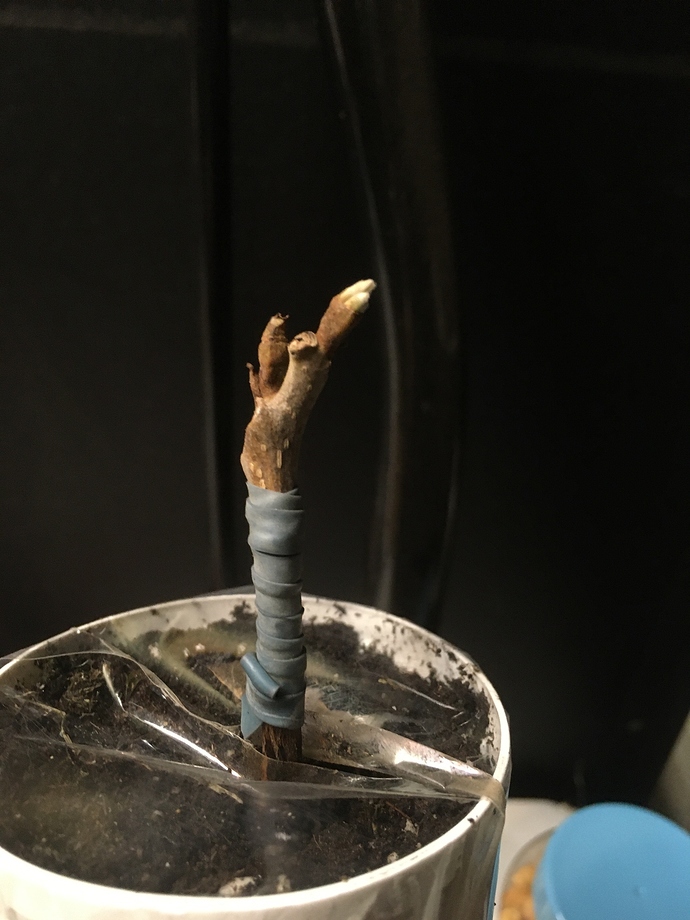 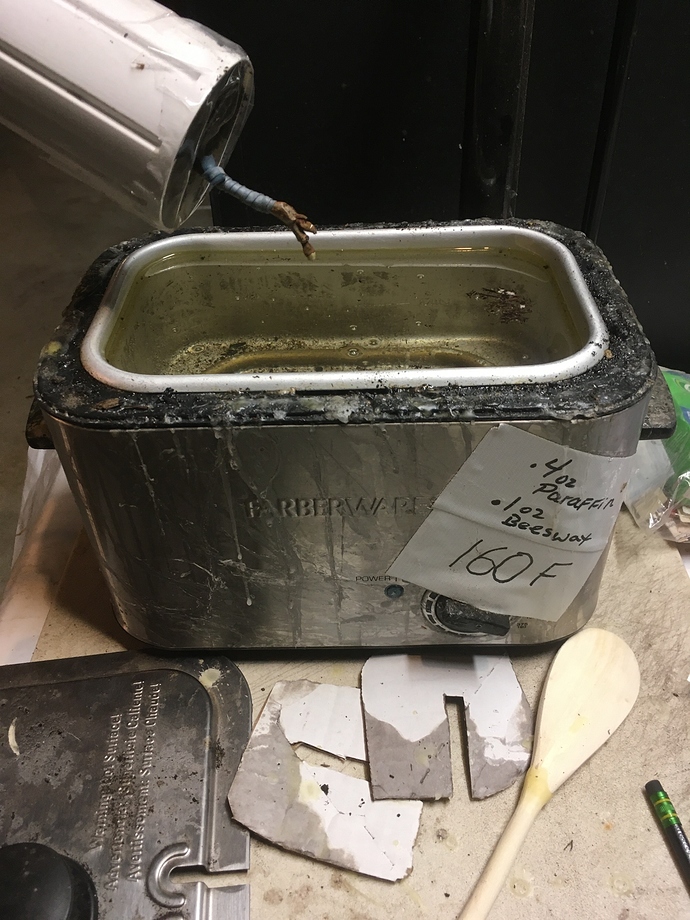 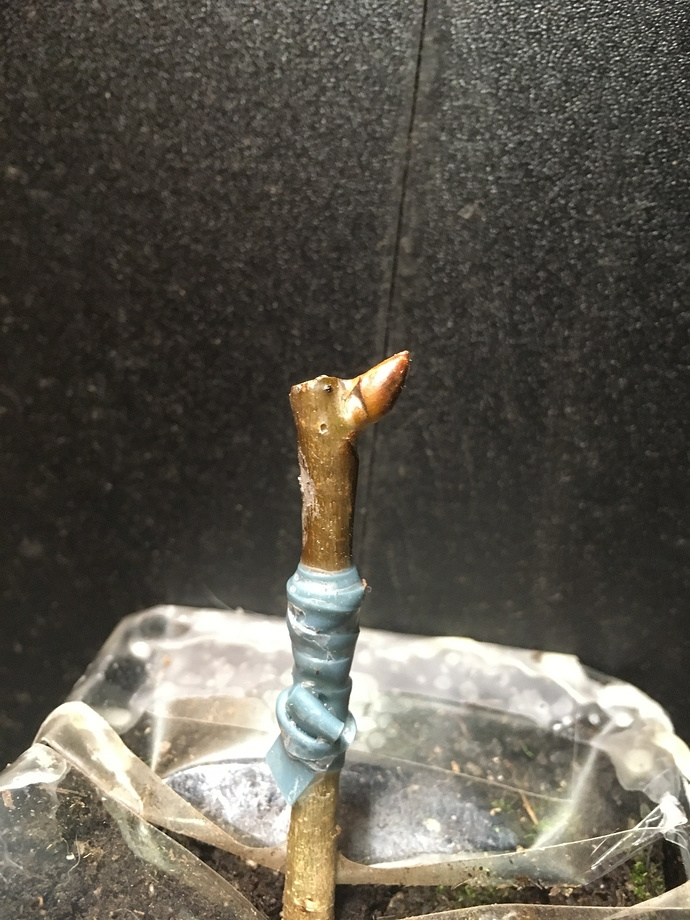 Waxing Deciduous Dax’s Recipe Box of paraffin wax from grocery or hardware store. Cut the box in half. That gives you (8) pieces. Cut those in half. You now have (16) 1 oz pieces. For 1 gallon: 1 piece (1 oz) For Field Grafting: 1 piece (1 oz) + .25 oz. Beeswax Heat wax + water to 180F and allow to drop to 160F. Once at 160F start dipping quickly if temperature cannot be kept. A 1.1 liter deep fryer is the best way I know to dip scions. Fill with water leaving 1" of the reservoir at the t…

Just now remembering to post a couple pics of some cleft grafts I made on one of my Ayers pear trees last year. The first one pictured showed a lot of growth and in one year has almost completely healed. This side was the side opposite of the graft. Scion was smaller than the branch where it was grafted. 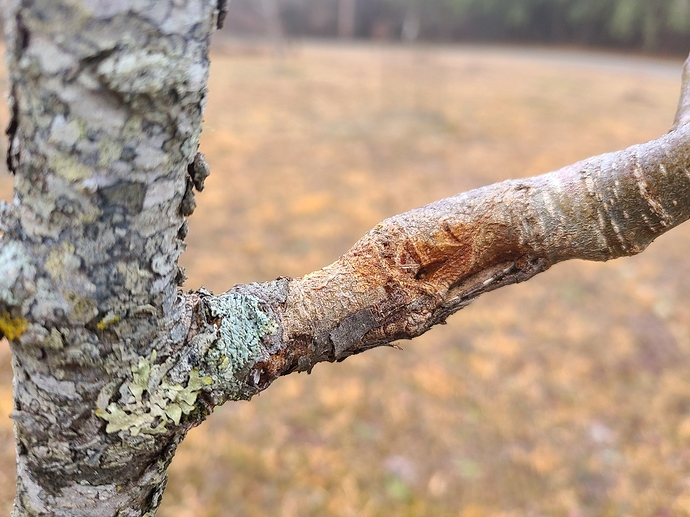 This side looks completely healed and by next year you won’t probably be able to tell it was a graft unless you look very careful. 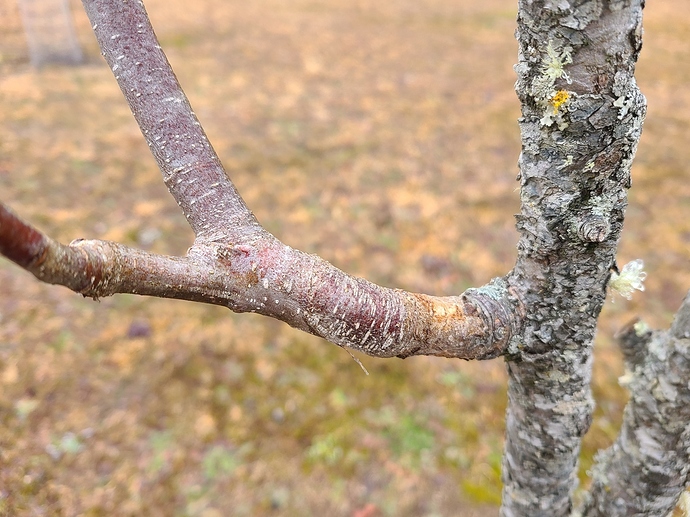 This is another graft on the same tree. The same variety and everything but it didn’t grow quite as fast. You can still tell it was a cleft graft for sure but it has healed quite nicely as well. 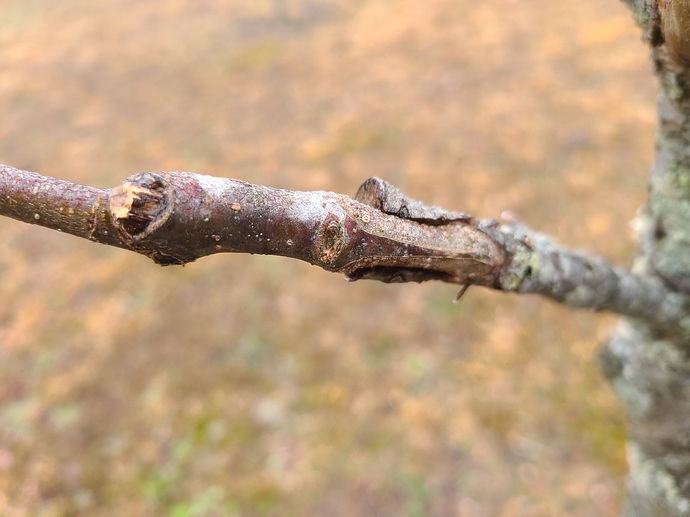 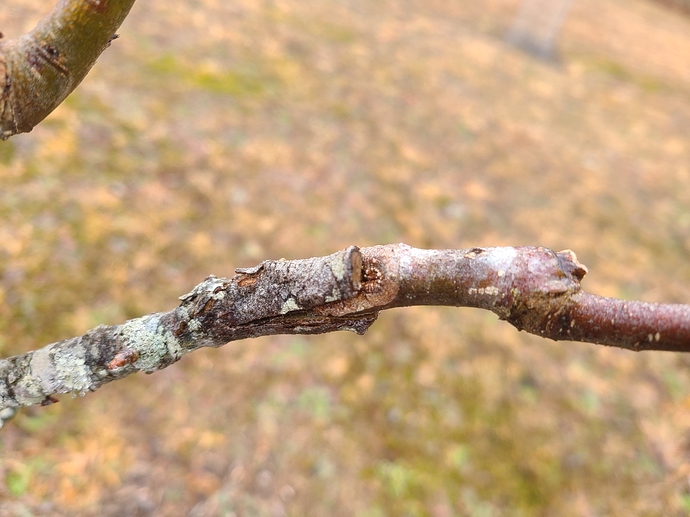 I am an amature who only began grafting a few years ago, and I am learning a lot by trial-and-error, like yourself. I have had about equal success with whip-and-tongue and cleft grafts. I prefer the W/T, because they heal better, and more quickly. And when done on a bench graft, the cleft grafts don’t grow as fast as W/T. I see about 18 to 24 inches of new growth on W/T bench-grafts the first year, and 12 to 16 inches with the cleft grafts. On the other hand, I find both grafts will perform almost equally when done on a large/established tree (two to three feet of growth in the short season of Montana).

With really small scions, I usually cleft graft two scions onto the rootstock, and usually both will take. Once the shoots begin growing a few inches, I will choose the best looking scion, and cut off the other so the best gets all the energy and grows more quickly. Same for the remaining scion, choose the fastest growing shoot, remove the rest, so single shoots gets most energy. Perhaps the reason I get slower growth from the cleft grafts is because the scions are smaller to begin with (?) Perhaps the rootstocks used have fewer roots? I don’t know.

In my second year of grafting, I began modifying W/T grafts, when having scions and rootstocks of different sizes. Some I would cleft a single scion with a long tapered cut that is fatter on one side, thin on the [inside], so the rootstock can close on the opposite side. (I use parafilm, and love it.) Most of the time, however, I will just make the cuts the same as normal W/T, but just line up the cambium on one side–whichever side lines up best. I have good success with these grafts, they grow quickly, and heal quickly. And sometimes when scions are smaller than rootstocks, I will make the normal cut on scion, but rather than doing same on rootstock, I will cut rootstock to length, then make cut on the side to match the size of scion cut, and so both sides of scion cambium line up with rootstock cambium. And I usually put a slice in the middle of both too, like with W/T. Sorry I don’t have pictures!

As for growth, I would say most bench-grafts will need two years in garden bed to reach 5’ height, before planting out in final space, where they will need another 2 to 5 years, generally, before producing fruit–depending on the type of rootstock and variety of apple. Most dwarf rootstocks will produse faster than standard trees, and some varieties also sooner than others.

You’ll find grafting on established trees is harder than bench-grafting, and that the more you do, the more confidence you will gain in knowing which grafts to perform.

Good luck, and have fun!

I personally get really good (98%+ success) on apples, with both dormant (bench) grafting whith the W&T and Chip Bud techniques. I usualy use parafilm. And wrap the whole graft and scion in it. If it is especially sunny the weeks after grafting, i paint the wrapped graft/scion with watered down interior white wall paint (latex).

Cherry’s are gonna be tricky. especially bench graft. Since they heal best at higher temperatures. I remember the guy from this youtube channle doing a lot of dormant (winter) cherry grafting. 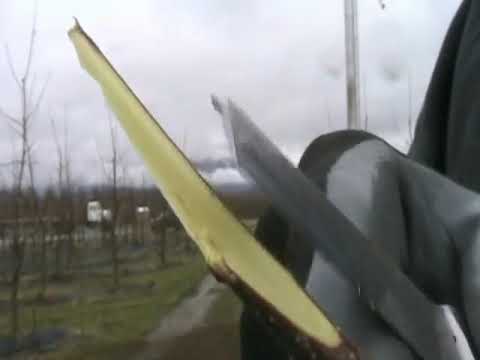 He mentions that the thicker well matured scions work best. (in another video, check his channle)

I would personaly recomend to bench graft your apple rootstock. You can do a W&T graft, and even place a chip bud graft below it.

That way your already practising chip grafting. And have a backup if the W en T fails.

If you got enough cherry scion wood, i would also have a go at bench grafting it. But also keep some wood in the fridge. So you can chip bud or graft once the temperatures are higher.

I am located in NY and we are already experiencing warmer temps than normal during the day. Is it too late to collect scion wood, or can I collect and store in refrigerator until it’s time to use?

As long as the buds are not too swollen, you should be okay. Just be sure not to put the scions in a refrigerator that has fresh apples or other fruits–as the ethylene gas from those fruits can damage the scions. I usually keep my scions in an ice chest with a cold pack or frozen ice bottle, and then rotate the ice pack or bottle(s) each day to keep the temperature about the same as refrigerator.

Not sure there is a universal answer besides “they should heal”…how quickly and completely they take, root mass, soil, water, sun exposure, vigor can all impact how much growth you should or will see

Hope everybody has had great success so far and their grafts are waking up my apple scions are starting to break dormancy and I couldn’t be happier. Haven’t seen much action on my cherry scions! How’s everybody doing?