Florida Governor issued a state of emergency for about 30 counties. 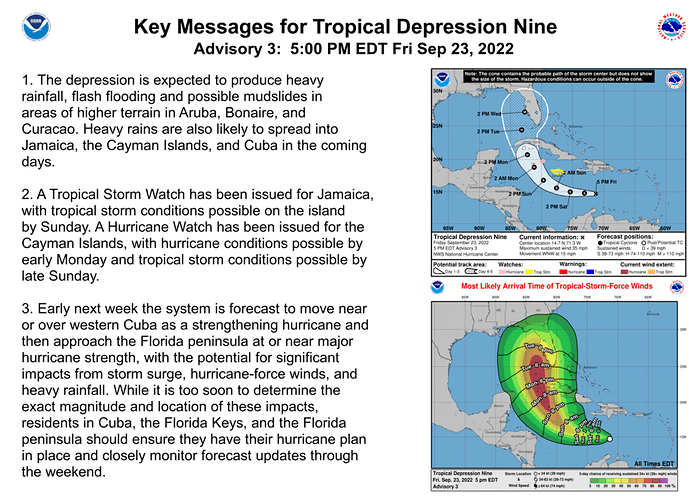 Not sure our y.t.d. rainfall here…but I think just a bit above normal…though farther west in Kentucky they are below average.

Some autumns our rainfall depends on a tropical system in the Gulf.
So, bad for the folks at the beaches, but good for crops inland.

Enjoying this glorious weather with my good friend @PomGranny in Brownsburg Va! 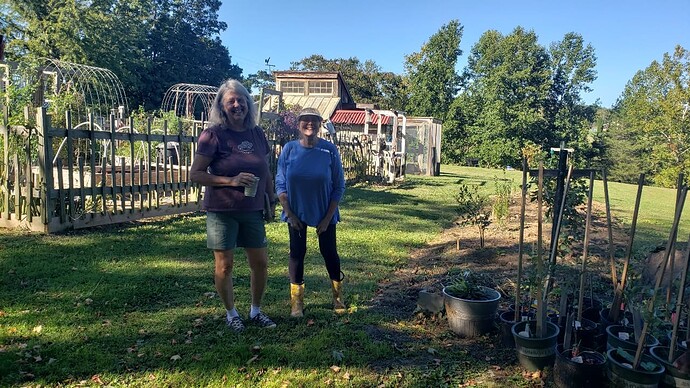 Im about 40 miles east of Tallahassee. Here we go

If Ian comes in just east of Appalachiacola, it mostly affects forested areas…gives the capitol a good scare…and east Tennessee and western NC some flooding. Been pretty quiet in Appalachia since 2004.

The more West the better for me. Mexico Beach is still in bad shape from Michael. Hermine came straight over my place but wasn’t near as bad as Michael. Hopefully it’ll all peter out coming up through the gulf. Their a lot better at forecasting these days but Michael intensified 3 fold in 24 hoirs just off the coast. Time will tell.

I remember the laughable job they did predicting Wilma, though.

Tampa and Mobile are still in the ‘cone’ though…so
that’s a pretty big uncertainty.

Their a lot better at forecasting these days but Michael intensified 3 fold in 24 hoirs just off the coast. Time will tell.

I think the models show increasing shear as it approaches the coast, so hopefully it’ll start falling apart before landfall. Notice how it goes from a major hurricane (“M”) back to just “H” on the NHC graphic as it gets closer to the coast: 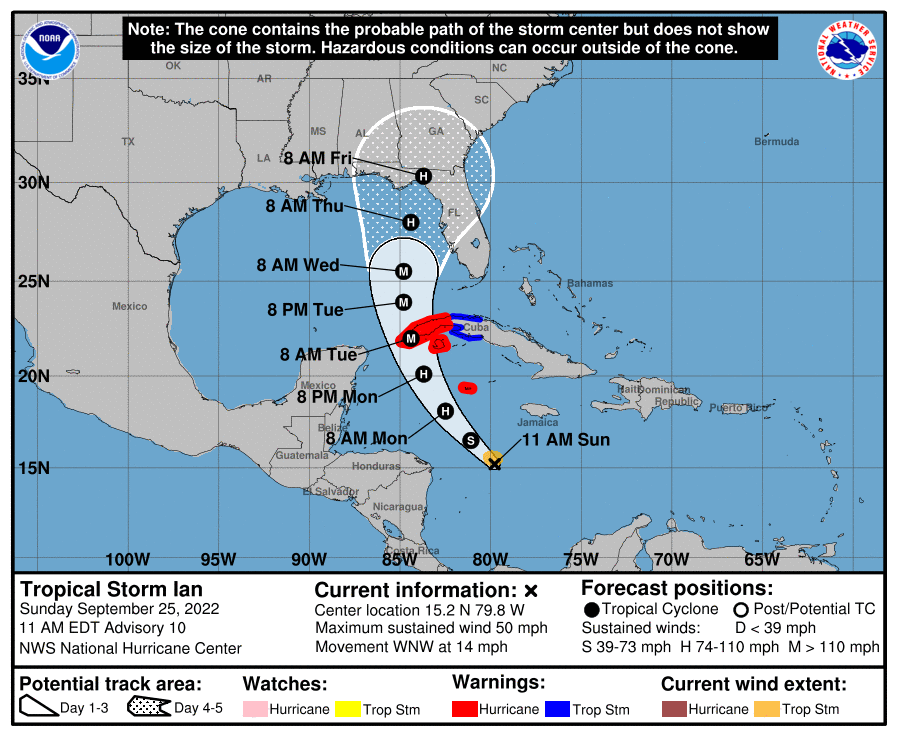 Latest Euro…which has always been east of the GFS. It doesn’t look that strong on this run. Still will be some issues. 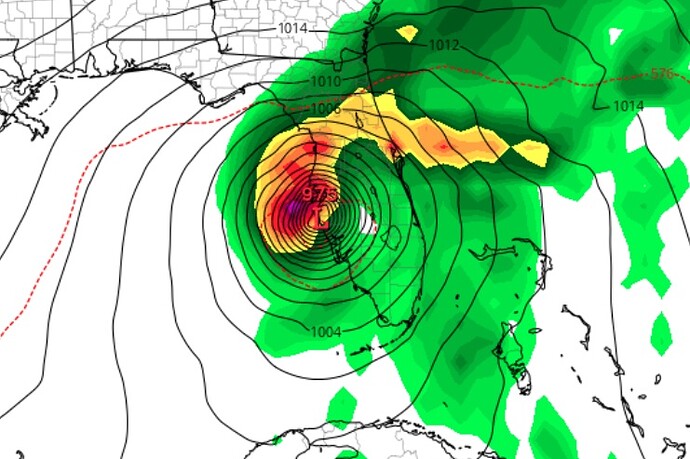 60Fs and north winds and sunshine. Glorious day up here. Had some rain overnight.

Upper 30Fs across N Mn and parts of S Dakota and down into Nebraska this morning. That cooler air should be here Tues/Weds morning. I’m going to cover a few things the next couple of nights…warmer end of the week.

GFS runs that hurricane towards Florida west coast…slows it down to a crawl, then weakens it as it moves north just offshore.

GFS this morning stalls it out over florida…someone is going to get a lot of rain.

S0meone showed the 6z GFS dropping 50+ inches of rain on Sarasota and 33 inches on tampa… also the storm looks very healthy after it crossed Cuba.

Sitting at 55F at noon with full sunshine. This cold front has some kick.
Back to 70F by Friday and looks mild thru next week.

It was 105F in Phoenix, az yesterday. I think i’d take this weather over that.

Prince Edward island after Fiona. Devastation for fruit growers. I can only imagine. 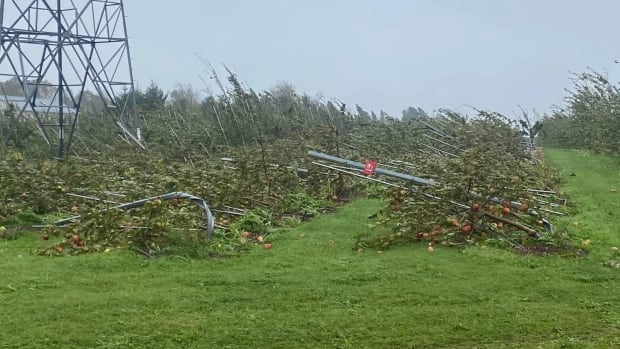 In P.E.I., post-tropical storm Fiona has left one orchard facing damage that could take up to five years to correct.

Hwy 41 collier county. Confirmed tornado about to cross the hwy. heads up to those trying to evacuate. 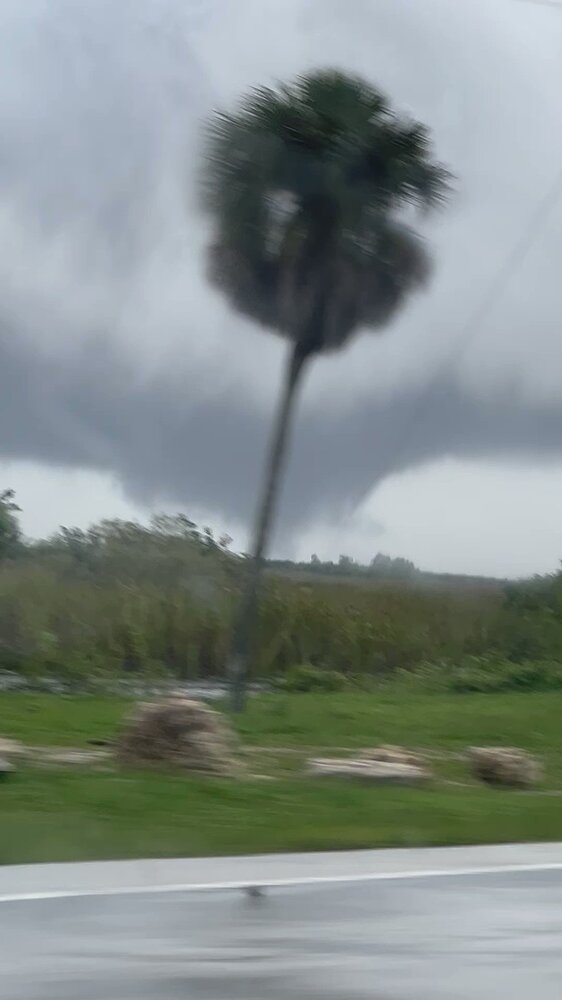 Looking strong on the radar loop out of Key West …>Euro looks strong with a pretty solid hit on fort myer/punta gorda area. Looking like a hurricane charley track
–charley hit 941mb while euro has this in the 957mb or so…

Looks like a stretch of reasonably calm and seasonable weather coming up…time to get things done outside and buttoned up around these parts.

I had to move plants into garage/inside house tonite for 1st time. Should see our first frost overnight. Should turn back mild and stay mild for the next 7 to 10 days (or longer).