I’m using Irish spring soap around my muscadines, fruit trees, blackberries and raspberries. How close can you put the bar of soap next to young plant? Can I actually put it on the same bamboo stick holding the plant or will the soap kill the plants? I haven’t found any good information on young plants. 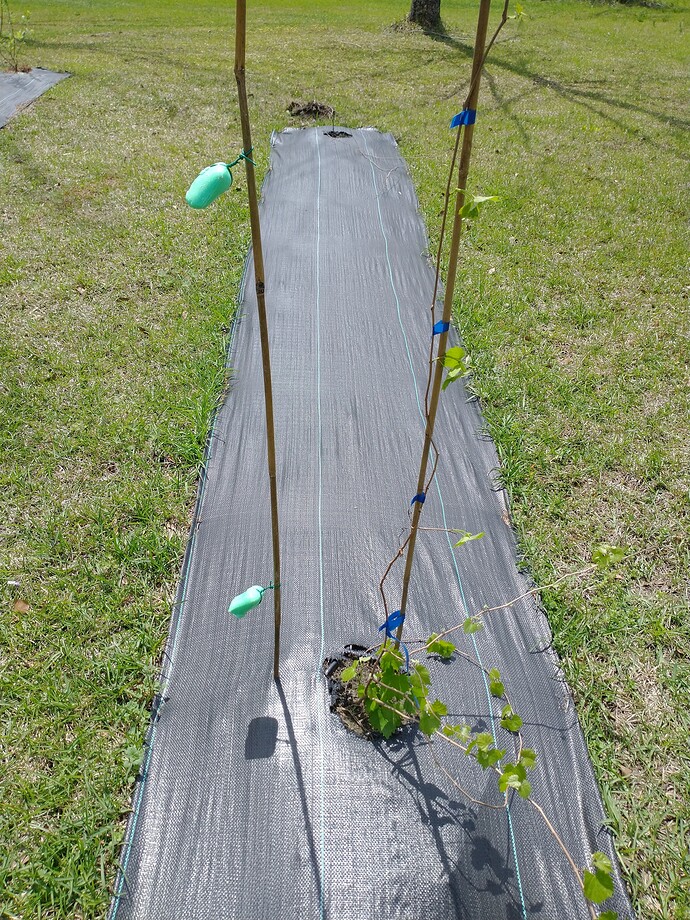 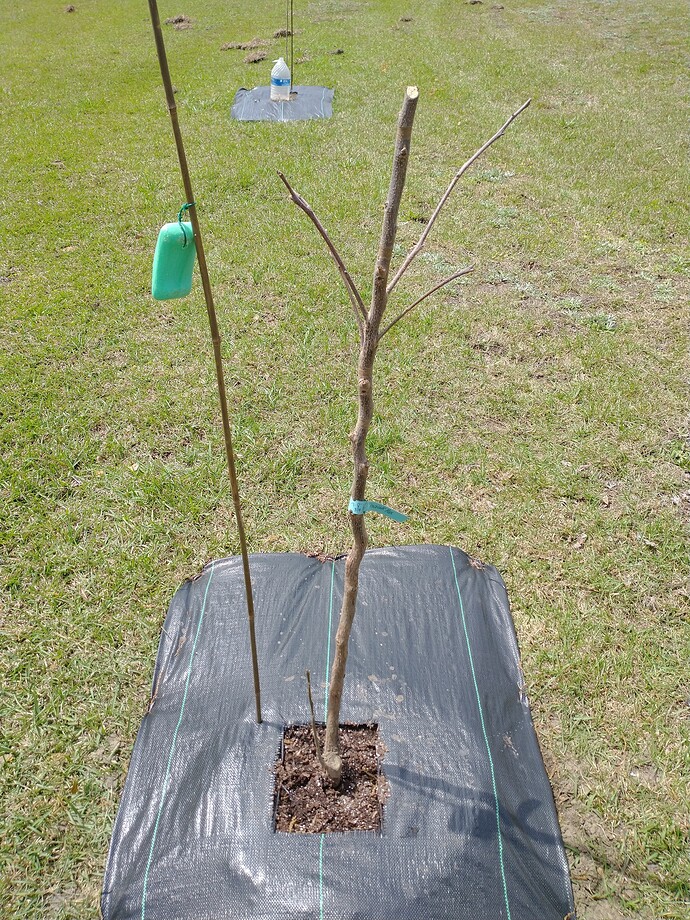 I am really not sure that actually works, Irish Spring. I have heard both yes and no.

I’ve seen so many mixed reviews some say yes it works some say it doesn’t figured for 15 bucks it can’t hurt while my trees are young. I also have some spray and motion detectors I was going to use the deer haven’t found my trees yet but a matter of time I’m sure they will. I had motion detectors at my last house they worked really well my neighbor thought I was crazy they seen a half naked redneck running around the yard chasing deer at night.

Back in my youth I grew some plants that were frowned upon by the authorities but loved by deer. I would hang a single bar of Irish Spring soap about 2’ above the ground, one on each plant. The deer would never touch them. This is sort of common knowledge among growers of this particular plant. A trick I learned was to drill a hole through the soap but leave the wrapper on- the soap lasts much longer that way and somehow seemed to smell stronger too. I used the smaller travel sized bars. It worked for me to keep deer away for many years. ymmv as with all things.

We would hang it as high off the ground as possible directly against the stem- I’d say it was always between about 18" and 36" off the ground on plants that would often be 8’ tall. It definitely did not affect the plants themselves.

I have tried that soap. Also, hanging the Bounce dryer sheets all over the trees. Talking about doing anything for our fruit trees and having our neighbors look at us strangely.

I could not say how well it works. My thought is that this soap and dryer sheets have strong scents. If deers have other things in my yard to eat, they would go for those things instead.

However, if they are really hungry and nothing else they want more, I don’t know if the soap or dryer sheets could stop them.

Lavender is a deer repellent
but probably would not like the heat down your way.

I believe commercial growers tend to use small ivory bars still in their wrappers with a hole drilled in it to tie to trees. You know, the size for hotel rooms.

It is the tallow of old fashioned soap that repels them I believe- but results will vary depending on levels of hunger and what works in mid-summer may fail in fall. I used to use a mixture of eggs and ivory soap that I sprayed trees in my unfenced nursery with. There are herds of dear that range into my property. Recently I switched to eggs and a relatively expensive blood formulation. I’m not sure it’s better but at least I don’t have to dissolve the ivory soap anymore.

The problem is one has to spray new growth every couple of weeks.

Years ago when I saw a littler research project on most effective dear repellents, Dear Away took first prize. Its active ingredient is eggs.

I let my mixtures age and build up an aroma that is pretty obnoxious.

Do you know if they put the small bars of soap straight on the tree trunk or out farther away from the root zone? I just want to be sure if the soap drips on the root system it won’t hurt the plants

I’ve been in orchards where they are used and the bars were tied to small branches of every single tree being protected. Rain would distribute the soap from the bars onto the trees over time until they dissolved.

Put the deer in a pressure cooker… or on the grill. That works for me

Also you could protect them by making a guild… plant goumi, raspberry, blackberry, thorny things around them.

the deer have taken to spending much less time crossing our yard as the neighborhood built up, but when we first moved here I had a bunch of new grafts nipped clean off by deer that first summer…

I put chicken wire low, but they could lean over it or hop in. What worked pretty well for me, or seemed to, was then running like 2 strands of 40-pound mono around the bed in the higher holes in the posts I my chicken wire was wrapped around…it seemed to spook them hitting something they didn’t see…

I too do the soap trick, but I cut up bars and put them into tea sachets to hang randomly from my trees. I can say it’s not fool proof, but doesn’t hurt to try. I’ve also been dispensing a mixture of egg whites, garlic, hot sauce, mint oil, peppermint oil, and cinnamon oil in Hope’s to keep deer away.

I used them for a couple years. They work great when they are fresh. The smell potency wears off quick and they become ineffective then.

Yup, strong fishing line (the type used for deep sea fishing) certainly tends to spook deer out and it is a lot easier and less expensive than fencing. I haven’t used it for years but the last time we had heavy drought and the deer started jumping my 6’ garden fence to get to my vegetables, I quickly stuck some rebar rods a foot outside my fence and strung it with 2 strands of heavy monofilament line. Once I heard this heavy thwang- almost a musical sound and looked to see a deer bound away after having accidentally getting caught up in the line. She was panicked and I doubt attempted entering my garden again- certainly none succeeded.

Have you put the bar of soap directly on the trunk of a young plant I didn’t know if it would hurt the plants grow?

I had a young Arkansas Black apple tree that got chewed on. I took a full sized bar of Irish Spring and just stuck it right in the middle of the tree. It didn’t get chewed again and looks very healthy now.

We’ve had pretty good luck with fishing line in the past too. If it’s strung out in the open, in a yard or field setting, where deer can clearly see there are no tree limbs to touch them. Something otherwise invisible touching or pressing against them, my theory at least, it spooks them.

I used some of the cheapest and thinnest I could find. Which if they happened to be running towards, they’d snap it and still end up eating what I didn’t want them to. If they were grazing and more slowly brushed against it, they’d shy away from it though. We’ve witnessed them doing so.

My orchard area is now surrounded by electric fence. But we do still put fishing line around my wife’s Daylily patch and some other flower areas, quite a few years of success with that at this point.