In my search for a east coast almond I ran across these at England’s (Javid and Nikitski). Has anyone on the east coast tried these? They have them so I am assuming that they do well here. Any confirmation on these or others.

Will almond graft to peach easily?

Some people in the neighborhood have an unknown almond on peach that they claim is trouble free (other than squirrels) and bears every year. That’s not the experience I’ve heard anywhere else about how they do in the East. They’re supposedly up there with cherries for dying on a whim.

Doubtful anyone will respond as I expect no one has had any luck with them.

I’m trying out almonds in zone 6b (Western NY) next year. I purchased Oracle and Titan from Raintree. They have several varieties that seemed to be cold hardy. We’ll see how it goes. The varieties you found from England’s look like something to check out as well. Peach rootstocks are compatible with almonds. The almonds from Raintree are on Lovell peach rootstock or Marianna peach/plum rootstock.

I have several established peaches that were going to be chopped. Figured I would buy a couple almond varieties then use them to start grafting to the peaches. Nikitski is the other one in the Ukraine line up with Oracle and Titan. A nursery down the street sells them in the summer. They claim people are having success with them, but are unable to answer important questions like brown rot. These varieties flower much later than the rest avoiding most frost giving me hope, but if they suffer from brown rot? I have enough of that already.

I also have this question, about Javid Iranian cold-hardy almond.

This blog post raves about them, and I was curious about y’all’s experience: 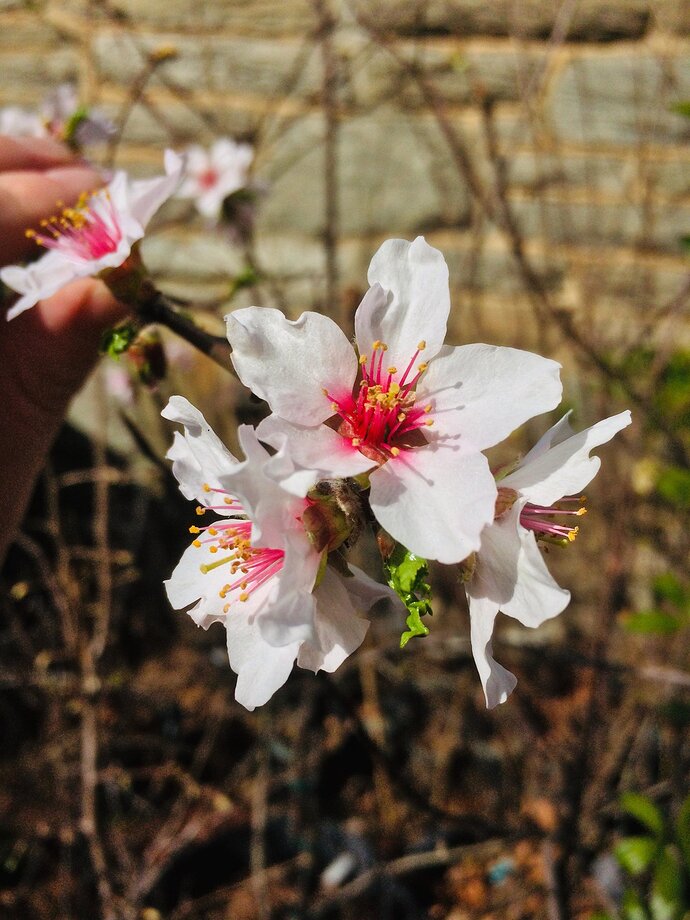 Cold Hardy Almonds for the Northeast

Farmers as far north as southern Maine can grow almonds! “Javid’s Iranian Almond” is a cold-hardy variety originally brought from the high mountains of northern Iran. It is not just disease resistant, self-fertile, and fully hardy as far north as...

I have 4 young grafted Javids just two year they are very vigorous so far like peach. I havent harvested any yet.
Mr Cliff in KY and another grower in ILL i am in contact with both say the same, great flavor.
I hope to graft a few Russian/ukraine types and Nikitski eventually when i get scion.

I bought two of the Ukraine varieties after I created this post. I’m up for a scion swap for the Javids. Not much to cut on this year though. I have Prima and Bounty. Think they will crop fine, but brown rot may be a problem here.

I, too, have a peach that I am going to take down. I’ve ordered a Javid scion from England’s but I’m not quite sure about the best grafting method or temperature at which to try it.
Are you planning to graft to trunk or scaffolds? My trunk is about 4-5" so afraid that a bark graft on trunk might not make it.

Should take no matter where you graft at. I’m not very experienced in grafting, but for me I have to graft high to keep away from deer.

I had Javid. It was self fertile, but I was not impressed by it’s flavor - not bad, just nothing special.