Looking like Spring!! I have some tiny tiny green tips on my Sugar Cane…nothing else. Good twisty picture!!

yeah, couldn’t wait for our trees to finally get clad with solar panels. Meanwhile, here’s a “hole-in-one”. 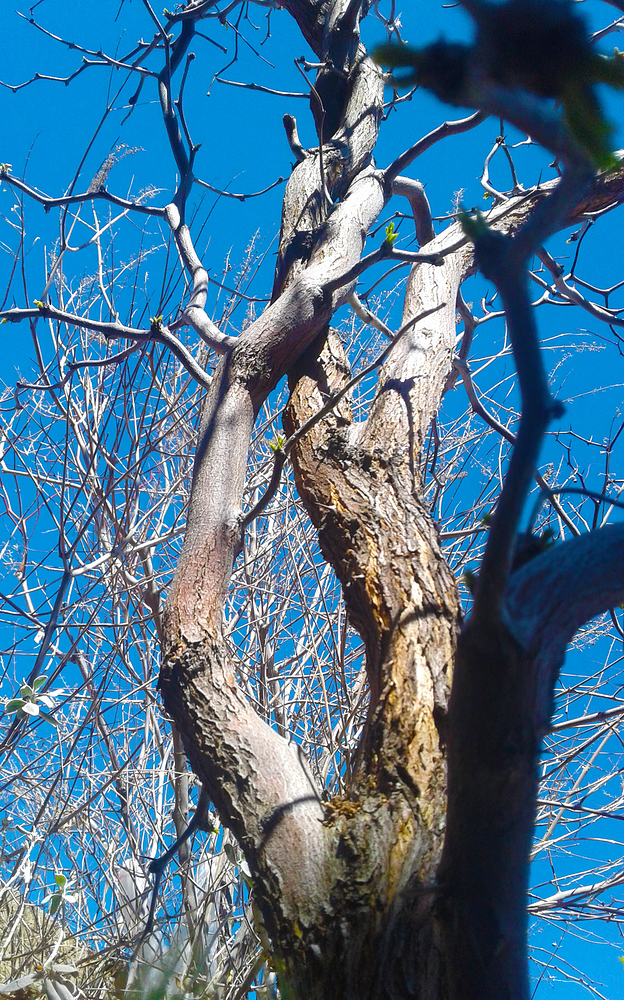 my first clone of vegas booty from a root cutting(not from a sucker). It isn’t the quickest way of propagating them on own roots, but good enough for me. It may be a bit tiny, but the fat upright stem is encouraging evidence of vigor. Will be poaching more roots from this and from the original clone to quicken mass-production. We’re in a hurry! 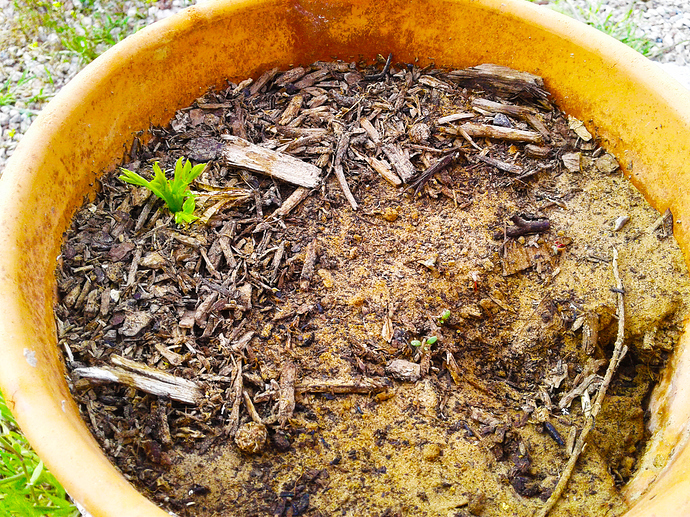 Slowly but surely, and surely but slowly lol

For getting a plant on its own roots when you have grafted ones, which do you think would be the best method rooting cuttings, air layering or layering into potted soil

which do you think would be the best method rooting cuttings, air layering or layering into potted soil

i have been unsucessful with basic layering(girdled and wrapped in moist soil and no hormones the past two years, but will try some later this year using IBA/NAA rooting hormones), so had to buy from, and beg for, self-rooted specimens from people in humid florida who’ve successfully airlayered(or possibly tissue-cultured) cultivars. Just fruits and exotics in florida is the only nursery i know that claim to propagate juju cultivars on their own roots. Last year i bought a self-rooted contorted juju from them which i poached for root cuttings, and only one of which sprouted a tiny stem, but a stem nonetheless(seems to me that not all root cuttings will have viable adventitious nodes, or the act of removing from the root may result in damage that may prove lethal). Anyway, i just repotted it to a bigger pot to encourage further growth to see if it will exhibit the contorted stem. Also did the same for supposedly self-rooted hj, ga-866, winter delight and shanxi li(all from jfae).

thus said, here in vegas, i don;t really have much choice but to propagate either by root cuttings from jfae specimens, and hoping that they really or self-rooted.

and growing new cultivars from seed, wait for them to fruit, and christen them a name if the fruits are good quality. Then poach them for root cuttings once they have sized up. One of our favored seedlings, vegas booty, it suckered a few, but waiting for suckers to grow from the original seedling takes so much longer to produce individual self-rooted specimens than getting several root cuttings which would ‘force’ them to leaf out from adventitious nodes-- or die.

Thanks for all the info and hope you and the family are doing as good as possible right now. I will try to root some jujube cuttings and will hit them hard with hormone and tell you how it goes, I wonder if dormant would work better or wait for green wood and a set of leaves for them to photosynthesize with. With our total lack of humidity and wicked sun i don’t ever try to air layer and you got my summer in spades!

i hope you get to be luckier than me with cuttings. I managed to get a twig of honey jar to root via a cutting with the use of rooting hormone from walmart, but it only lived for two years, and hardly and vegetative growht. I have never used hormones on airlayers, but will try some this year.

incidentally, hj seedlings seem unhappy on their own roots too…

Actually I am changing my mind on HJ seedlings. I think with fertilization they do very well. Last year I went to liquid feeding and I’ve gotten good growth and good vigor. My HJ seedlings this spring look really good. I’ve grafted a couple this year and anxious to see how they do. Perhaps once they survive to a certain age they step up to the game.

that’s great news @k8tpayaso. If remember it right, you have more hj seedlings than i do, so your findings defninitely more accurate than mine. I currently only have a dozen or so hj seedlings as didn’t take them too seriously due to size of fruits.
maybe hj does not tolerate potted conditions as well as other cultivars and can only be ‘satiated’ by fertilizing

Not taken to support this but this photo shows my Contorted seedlings and HJ seedings as of today. The Contorteds are a year older. We really don’t have info on what effects rootstock has on the cultivar. Tony has such good look with HJ in his cold zone I wonder if the seedlings would help with that. Too many variables though to know.

nice! has any of them(c0ntorted and hj)borne fruit or at least bloomed, how old are they now?

Some have bloomed. No fruit.

I’ve been playing around with a homemade soil and I think I had them trying to grow in pure acid for a while. They have all done better since I’ve done something different. I think the contorteds are from 2017 seeds and the HJ’s are from 2018 seeds. I’ve got to find some way to speed up their growing.

Alright jujube experts. New type of growth popping out of the growth bumps(not sure what to call them). Instead of the thin whips as usual, thicker stocks are growing pretty rapidly. What’s going on here? 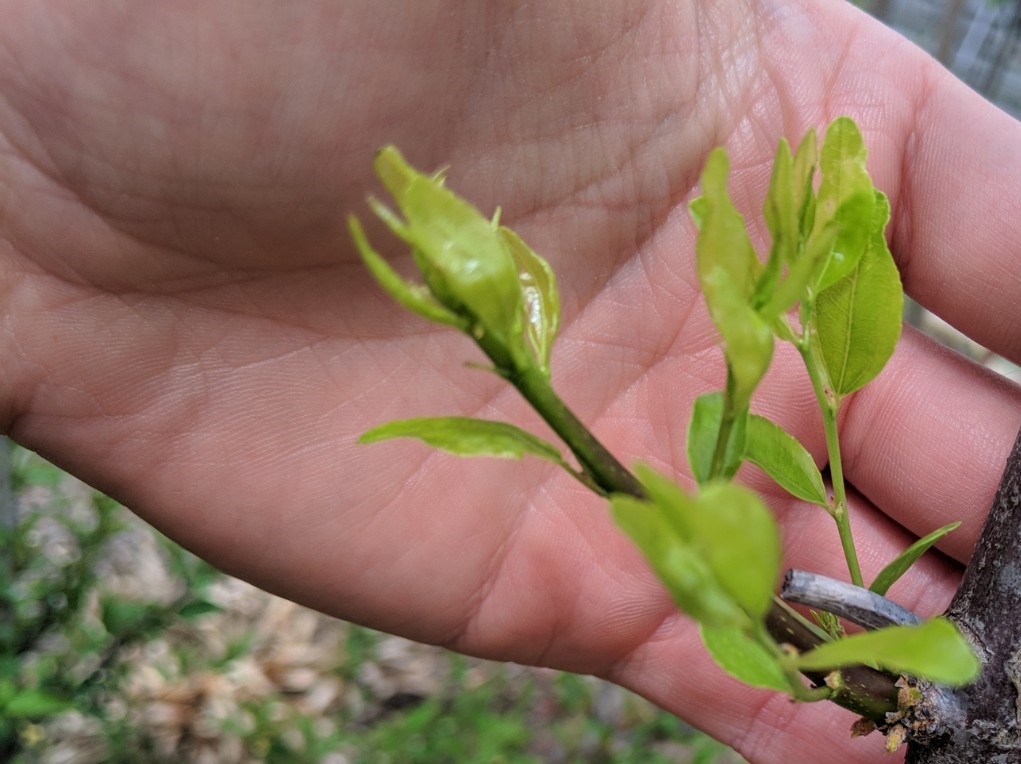 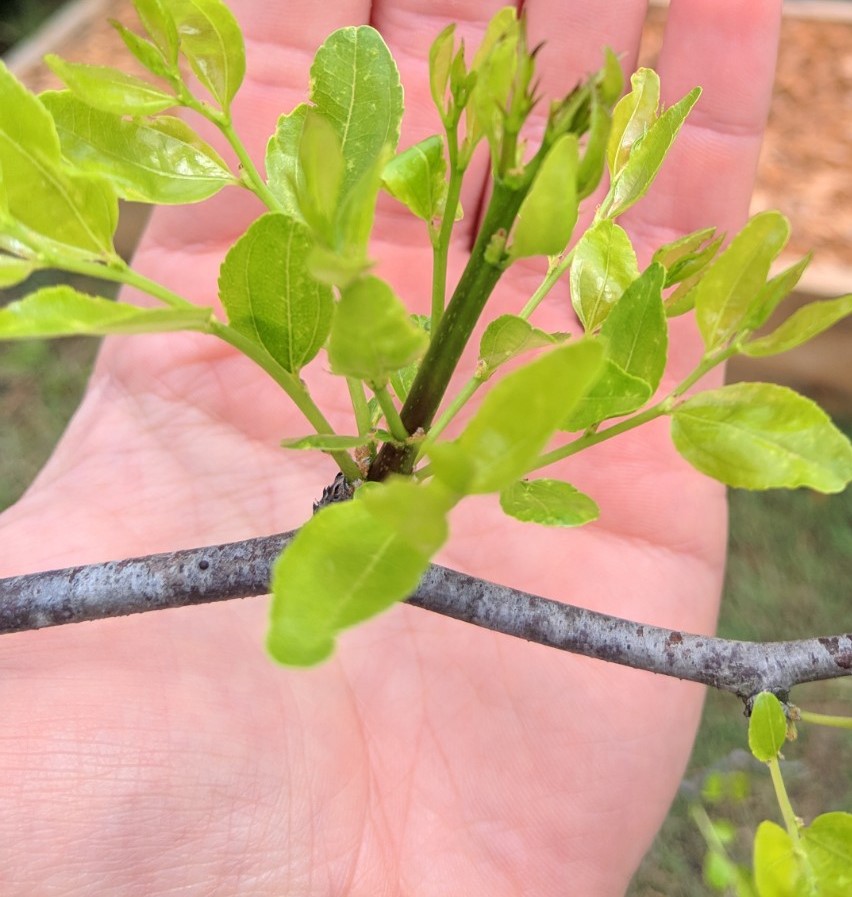 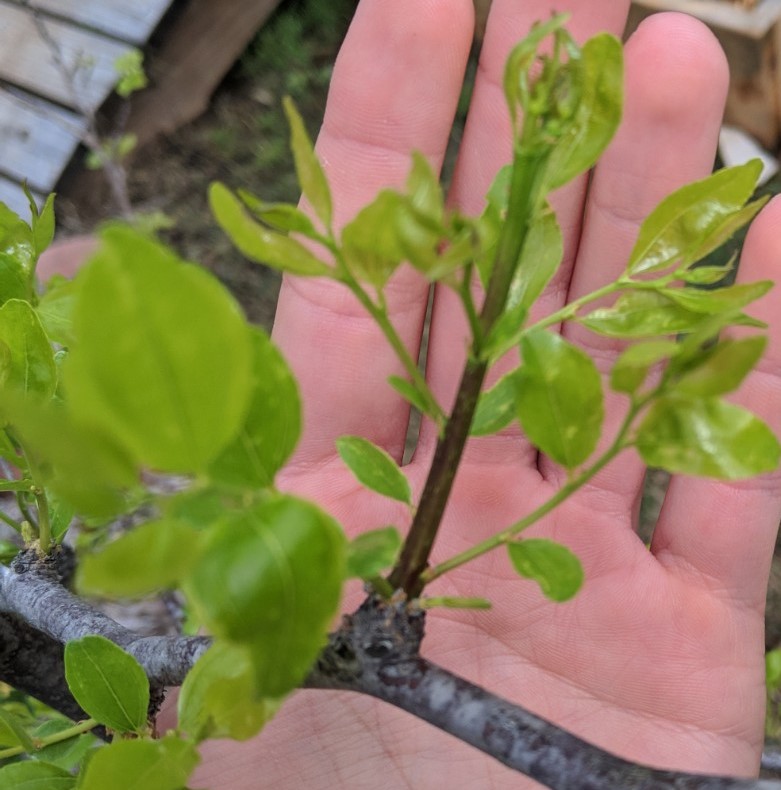 Primary branches, or uprights. They don’t grow always up but these make the large growth of the tree. These branches will carry secondary, or lateral branches. Fruiting stems grow mainly off the laterals. It means your tree is putting out significant growth!!!

concur with Katy. And from what i see, at least one of them sprung out of a lateral. That lateral has now assumed perennial status instead of semi-deciduous. At least the lateral segment proximal to the main trunk 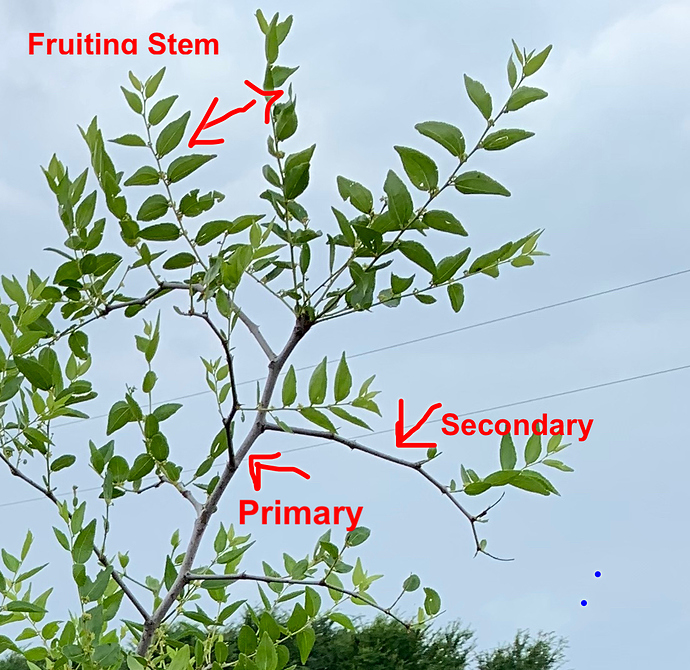 Thank you. This sucker has been creeping the first few years. I guess it finally got its roots in.

that type of growth(upright) is the most favored–as rootstock or as scionwood.
nurseries that sell juju stems won’t tell you, or may not even be aware of it.