I may be half way through…very interesting!!!

I have very little fruit on my trees this year…except for XuZhou…still blooming. Every branch looks like this. 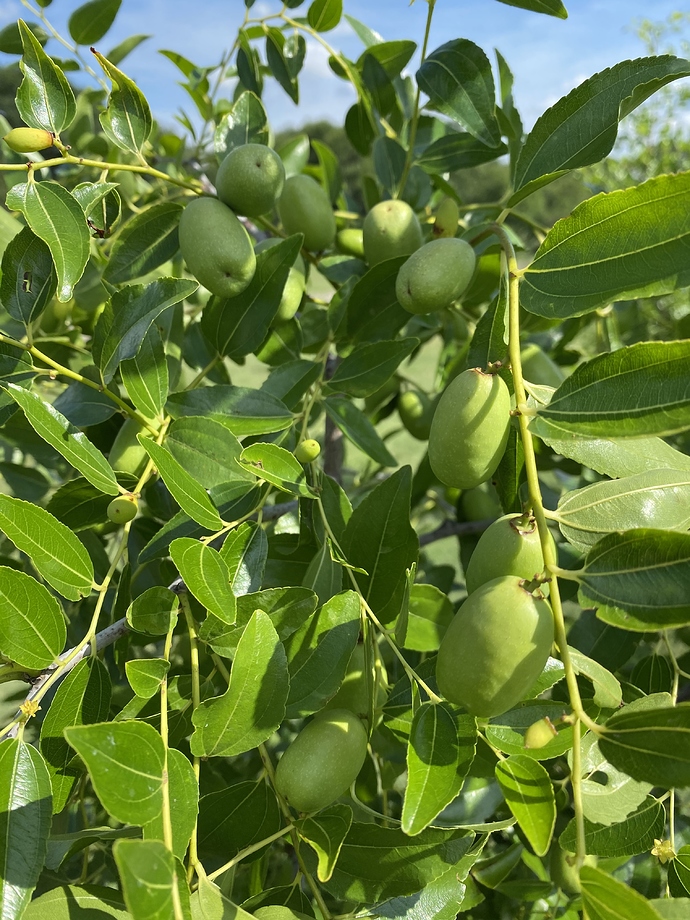 You are way ahead of me. All my jujube trees are blooming now and pollinators are everywhere!

the provenance of many of the jujus mentioned is quite intriguing. And the photo of that thousand-yr-old juju tree is just sobering.

dubbed this vegas kinky, a ~4 yr old seedling from contorted pit. Fruits were better than burntridge’s contorted(its mother) on its first crop last year, so looking forward to better-quality fruits on its 2nd year of production …
its stems are just as crooked as its mother’s 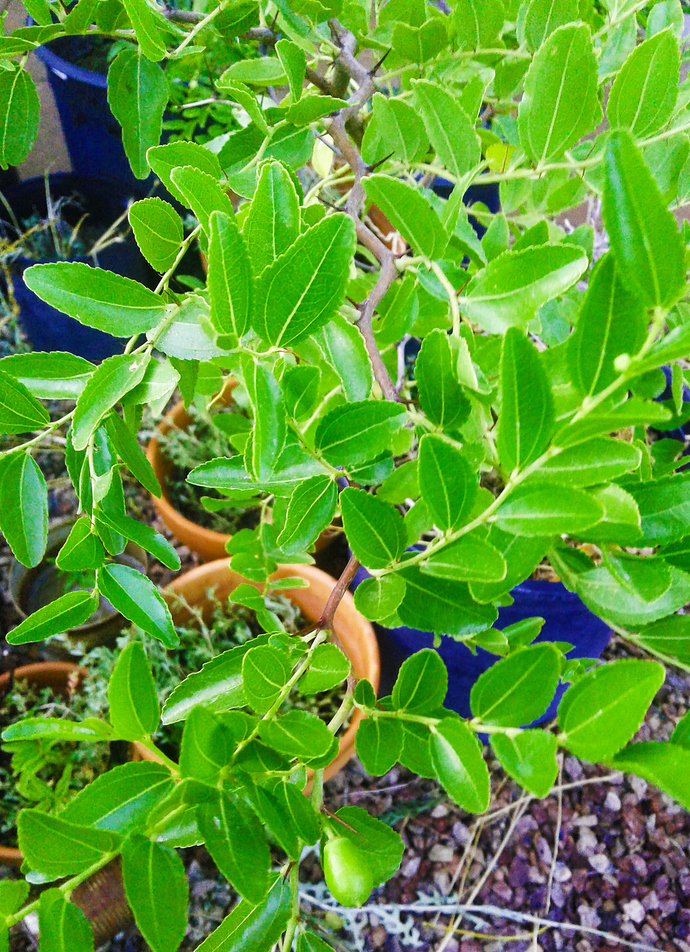 I am tempted to remove my So from BR as the tree form is not that impressive and the fruit are small and not tasty.

jfae’s contorted fruit is much better than burntridge’s, so just graft that over your current contorted. I had all our named seedlings germinate in pots(except for vegas booty), so will definitely do giveaways not just as budwood but also root cuttings.

just need a couple more years’ assessment before concluding whether or not they are giveaway-worthy.
also have other contorted seedlings that might actually bear better fruits than this one, but may just need a little more time to show their true colors.

Wait a sec, Burnt Ridge’s contorteds are not very tasty? I bought 2 from them this yr. How do Contorteds from England’s rate? Contorted fruit from OneGreenWorld is pretty good though, will have to graft over the others.

the contorted from jfae is the better one. If you have pics of ogw’s contorted, i and others here could chime in if it might be similar to jfae. I have not obtained contorted from egnland’s so not really sure.

lastly, there are several of us here who germinate seeds from contorted, and evidently there are already others who preceded us in this endeavor, which explains different fruit qualities from what have been broadcast by burntridge, etc.

soon will be broadcasting mine as well, which will add to diversity, but conversely, will also add to the confusion!

My OGW contorted grows more like a rounded shrub than upright (as BR and England’s are). The fruit size was just slightly smaller than Sugarcane last yr. Taste has a bit of tart which rounds out the sweet nicely, sort of apple like. Interestingly, I haven’t found a graft union on the OGW shrub, so it may on its own roots. Will get pics tomorrow.

oh, ok, pls feel free to post as many pics here. Seems like we will have to make a table/catalog of contorted jujus sold by different nurseries!

This is my OGW contorted. In pot last yr and just planted in ground. 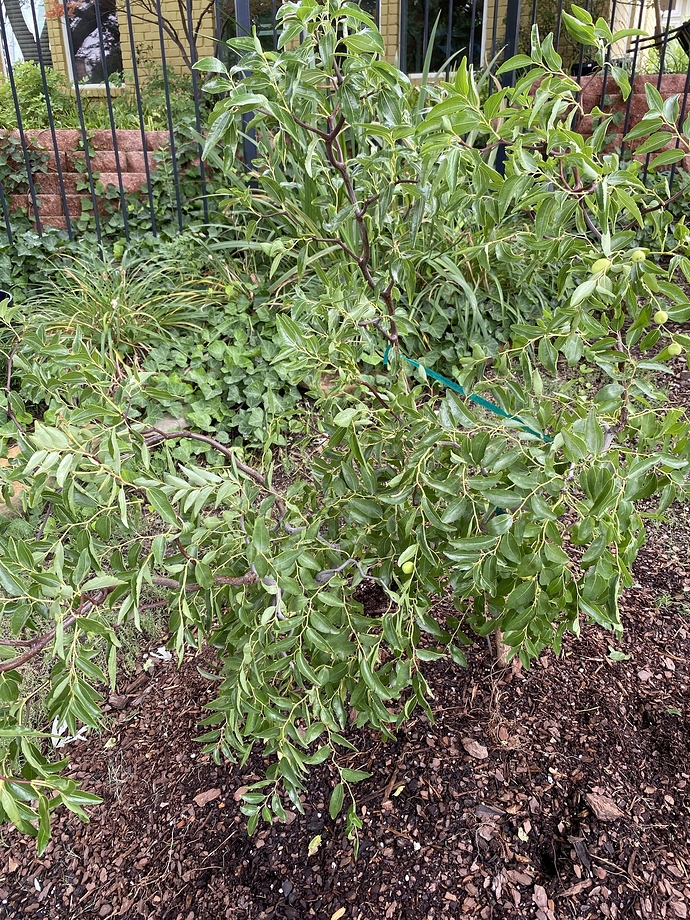 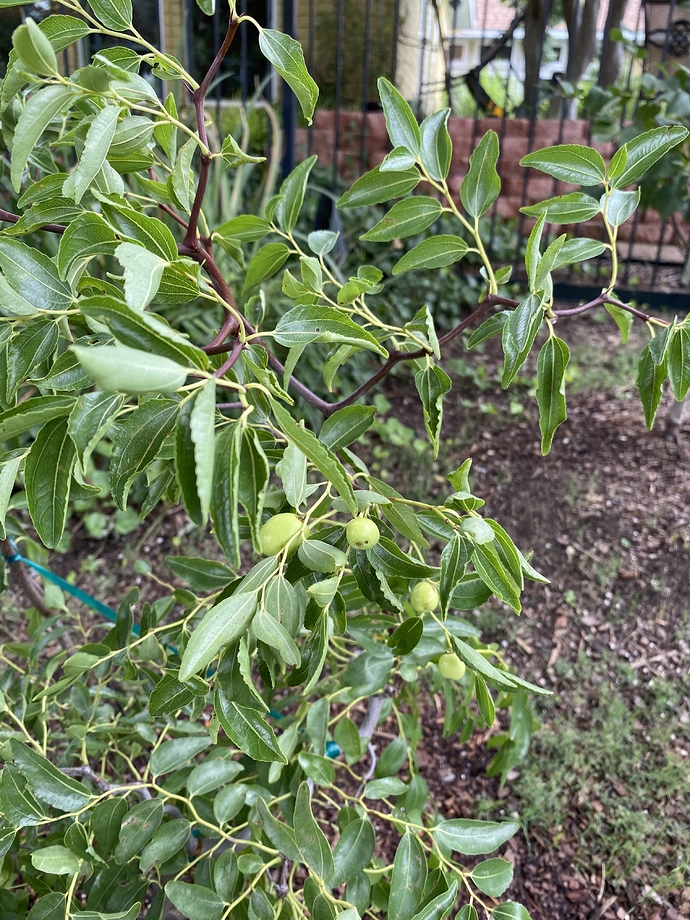 Just for comparison, here is the England’s contorted in pot. 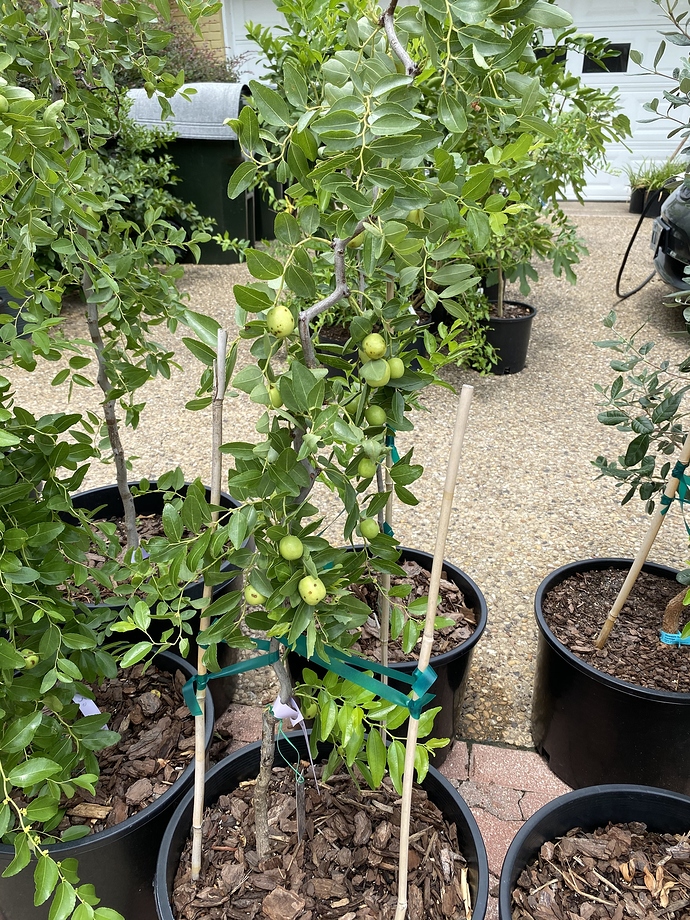 that of englands seem to have bigger fruits and more roundish than the ogw’s contorted, which seems to have oblong/oval shaped fruits.
if englands is the same as jfae’s, which also has bigger and more rotund fruits, then it will be of good quality size-wise and taste-wise. That of ogw seems to be the same as burntridge, and if it is, then it won’t be as good as jfae.

of course, just because ogw’s has the same shape as that of burntridge’s doesn’t mean they are one and the same. The contorted seedlings we are growing here are also producing oval/cylindrical types of fruits, and being seed-grown, they are not genetically identical.

in this sense, contorted’s make an excellent juju case study since one could easily tell them apart from other jujus by their branching, but the kinked branching does not necessarily mean will bear similar quality fruits as other jujus with the same contorted habit.

one more intriguing thing about contorteds is that blossom fragrance seem to be muted if not totally absent among them. Have yet to come across a contorted cultivar that has strong smelling flowers. 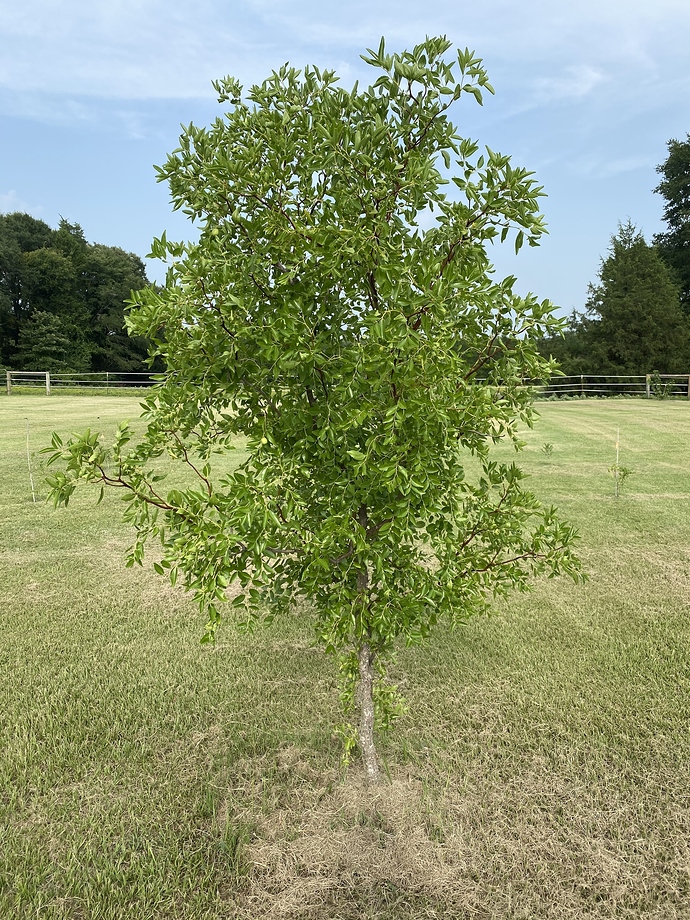 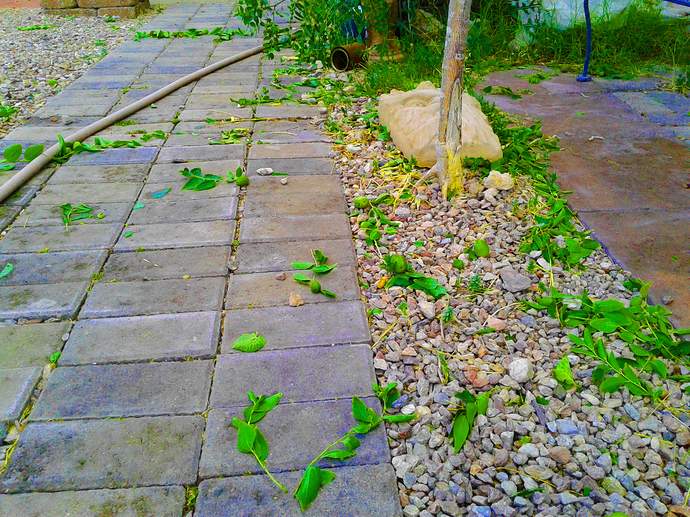 Raf,
By “inclement weather”, you meant strong/gusty wind? Sorry to see such damage.

yeah uncharacteristically windy weather in june. Unheard of, at least to me, having lived in vegas almost two decades now

I’ve also found that jujube’ young branches are quite fragile. I clumsily have broken off several of them unintentionally.

Just wonder if you could make use of green/unripe jujubes. People have turned unripe fruit such as peaches into snacks. Maybe, you can do something with those jujubes.