Here are some photos a few years back that my Honey Jar fruits took on some weird shape. 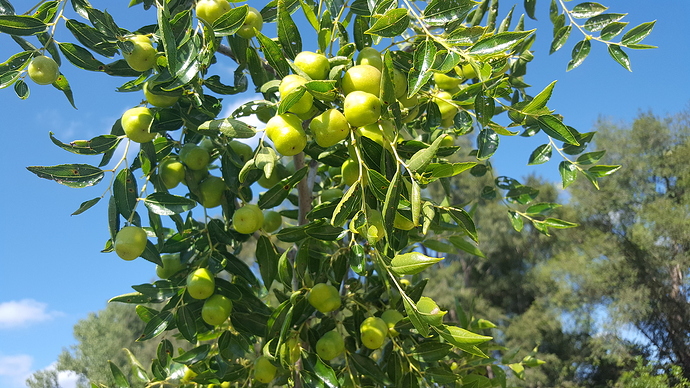 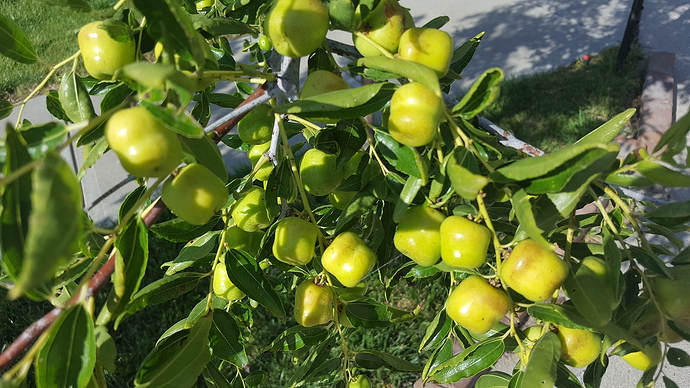 Some photos of a clean stone would also help to identification. I guess that HJ should have a round non pointed pit.

Did they still have a good taste?

I have actually gotten a few handfuls of XuZhou fruit that is firm and “almost” ripe. And I have a nice second crop (~100 fruit) coming on. If we have a usual frost date they might all ripen. 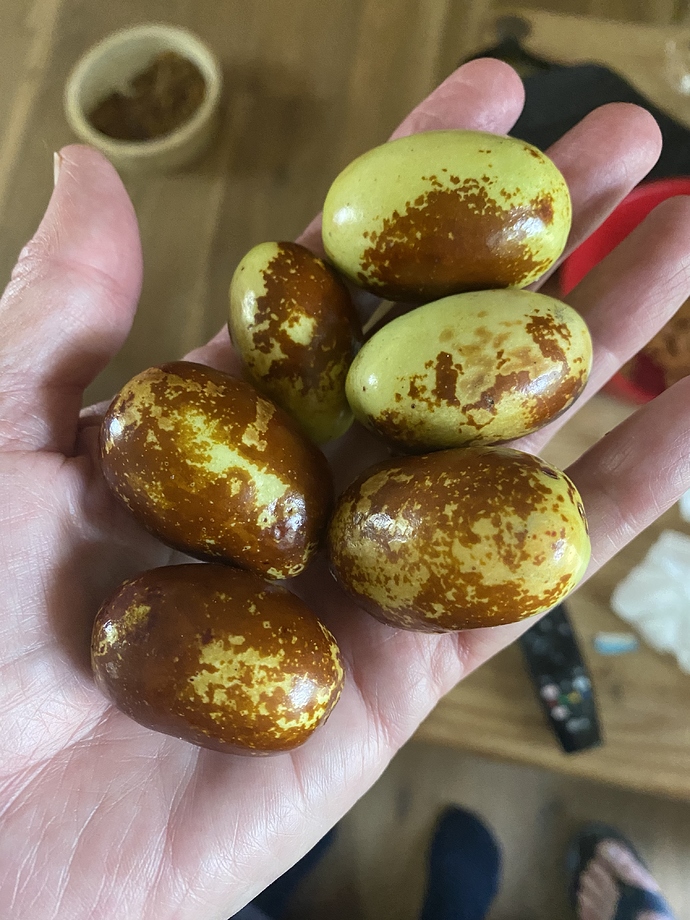 This is a few second crop fruits on Li. 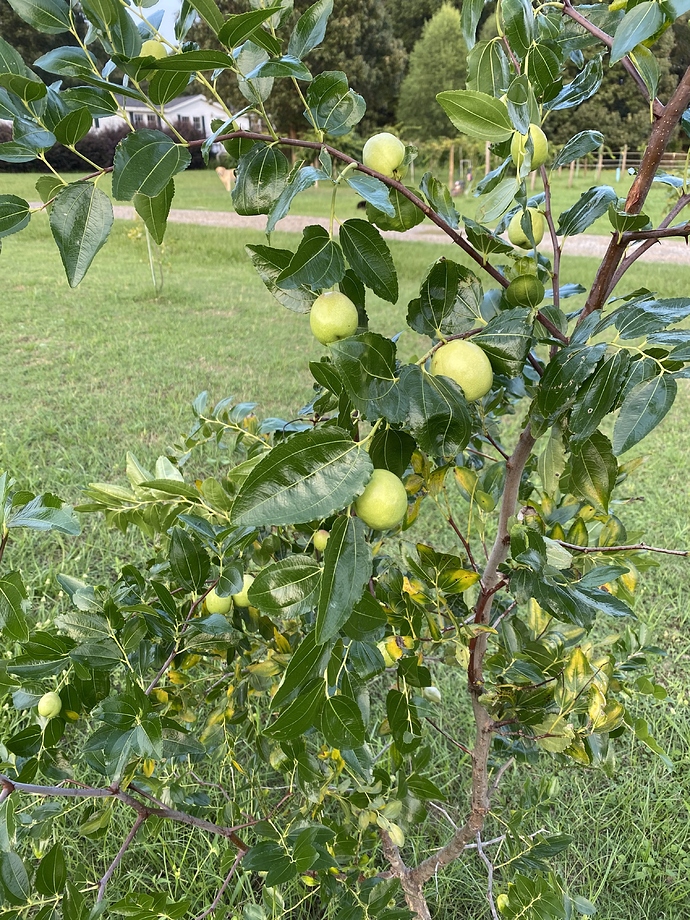 Here’s a few from the survivor series: The one with fruit is a honeyjar, about 10 years old and the other is probably 15 years old -if the translation from the parchment is correct - an ant admirer seedling bought from Roger Meyer. 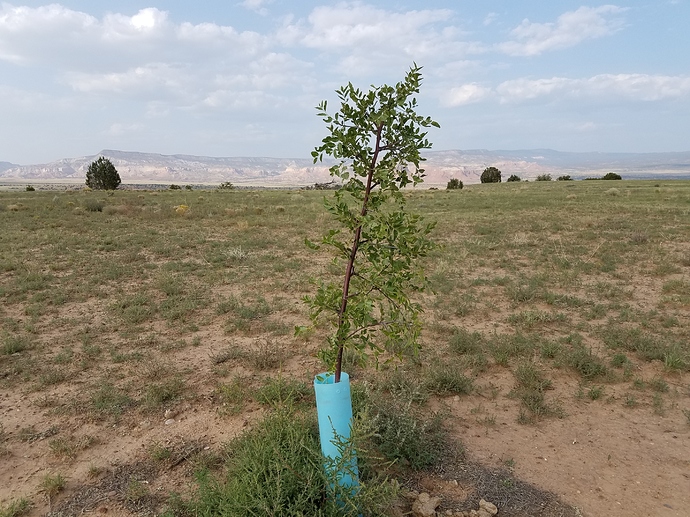 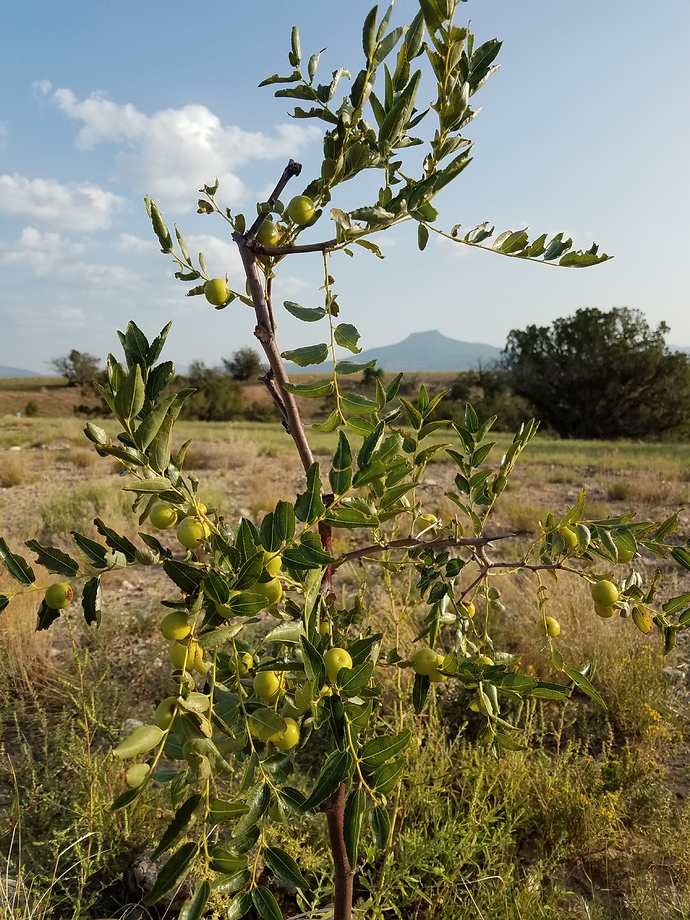 The typical awful soil and harsh conditions love story. Throw in no irrigation and we’ve got concerns. But, it was the annual grazing of desperate cattle that took out the vast majority. Very desperate cattle, and when they didn’t appreciate the bite, they would actively take out the tree. Have probably lost 100 trees, with 22 remaining. This year, the survivors were all provided tubes and a section - including the fruiting honeyjar - were put on irrigation for the first time.

These trees are survivors. One of these years, hopefully sooner than later, these cows won’t be bothering and the jujubes will get to shine. Shame it will only be for a thousand years or so… Their fruit will be sweet.

There are two new jujube trees available at OGW: 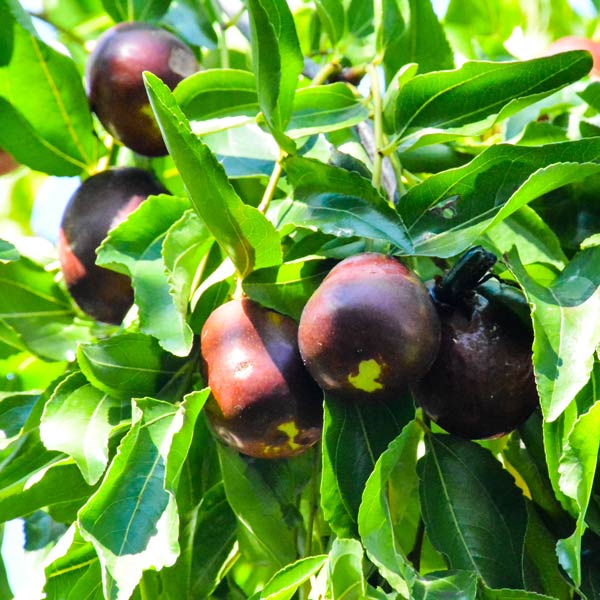 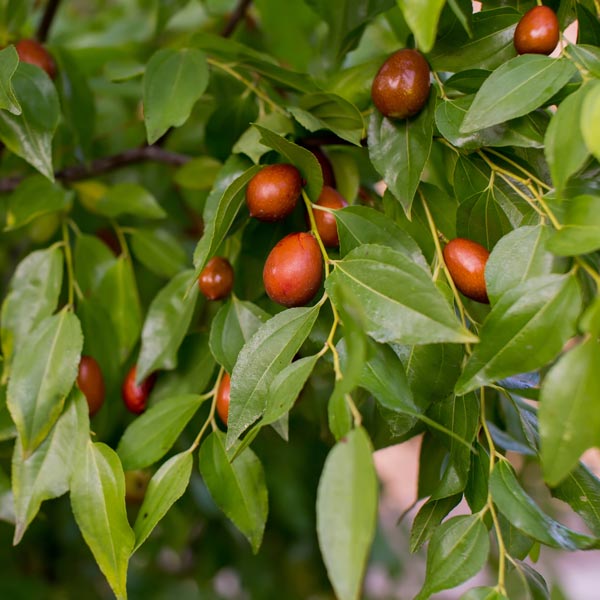 Confetti™ jujube was imported from the Nikita Botanic Garden in the 1990’s and bears abundant crops of juicy, crisp and delicious fruit.

nice! Thanks for the lead @castanea
looks like i am ordering both

Some photos of Porterville from an Australian grower - 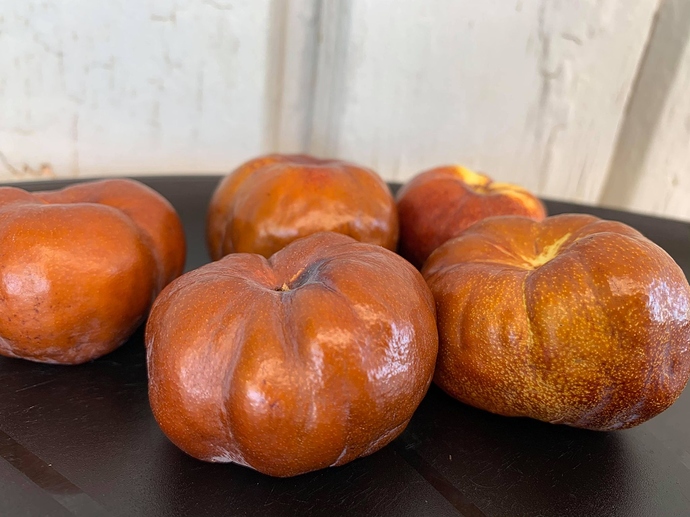 Here is my Hopper jujube. Good crop. Freeze is probably at least a month off so they have a chance to get bigger. But, I have to be stealthy when picking them. 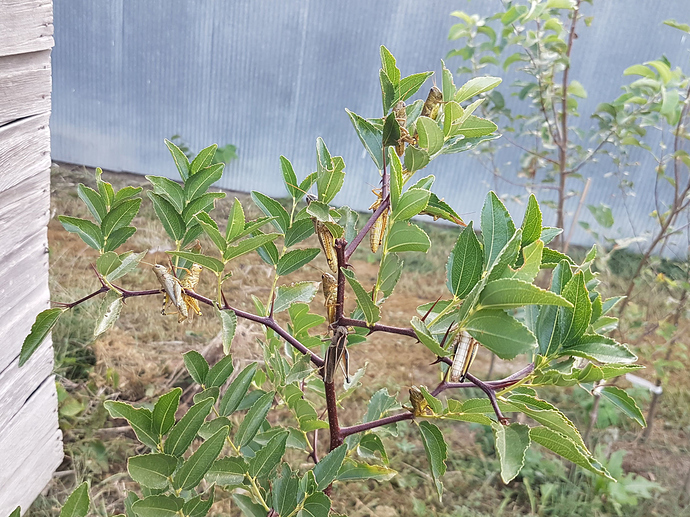 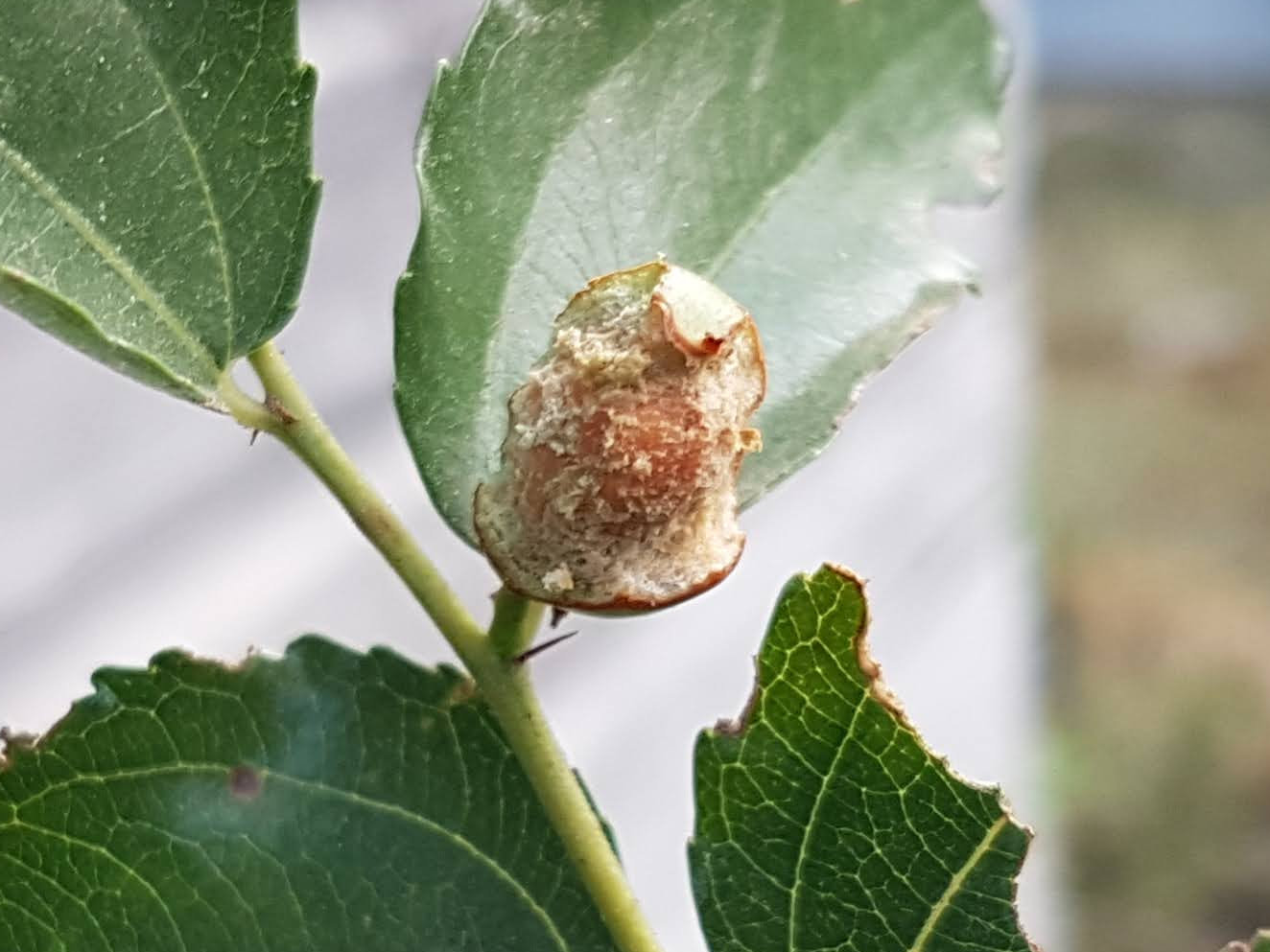 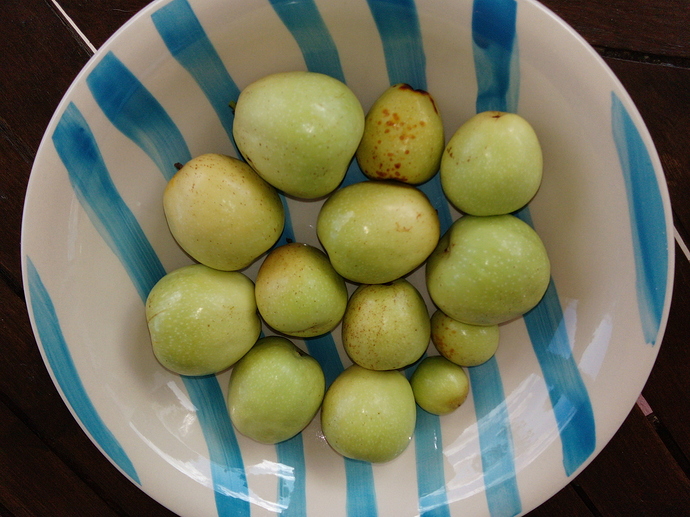 They really do look like pumpkins but I have not been able to take a good photo that shows that.

I don’t see any brown/red on any of those Li. How do they taste at that level of ripeness?

They are sweet. The Brown ones are more sweet but the tree is loded and is still small so she is dropping some fruit.

I have lost my porterville tags, and worse, may have grafted them over as a result of thinking the stems are not important scions… i do remember the fruits having lumps and bumps all over. Like a cowboys forehead/ temples after a bare-knuckle fist fight, but i dont remember seeing fruits with pronounced bumps or lobes like an actual pumpkin. Maybe aussie climate and soil conditions have something to do with it, much like hj sometimes develop lobed fruits where @tonyOmahaz5 is at

I got 2 Empress Gee and one Confetti. I’m not confident in Confetti being all that different than the other Russian cultivars, particularly Black Sea. But am willing to give it a try. But given that Bok Jo is also a Korean cultivar, I’m optimistic that Empress Gee will perform in my area. I’ll probably plant one and try to size the other up in a pot. Some of the 1 gal jujus that I planted directly keep getting eaten by small critters (mostly at rentals), so I want to make sure I put this one in a place it can succeed.

There are 17 Confetti left of thirty-something last night, but all the Empress Gee sold out. I can see why, when they describe it as “incredibly large and sweet, dark brown fruit. Crisp and flavorful”. While no expert, I think that “Wang-dae-choo” translates as King jujube in Korean.

But, I have to be stealthy when picking them.

I had one a few days ago that I should have been more careful of. It was quite ripe, with a sunken spot. To keep each variety separate, I put each into a different pocket in my pants. When I later took it out and put it on a paper towel, a flood of ants came out of the sunken area. It wasn’t even Ant Admire…I was afraid to check, but I likely had ants in my pants.

I likely had ants in my pants.