The first persimmons I ever grafted. 2018 Tam Kam. I have a couple of trees that are holding fruit. I’m excited to try this non astringent this year. 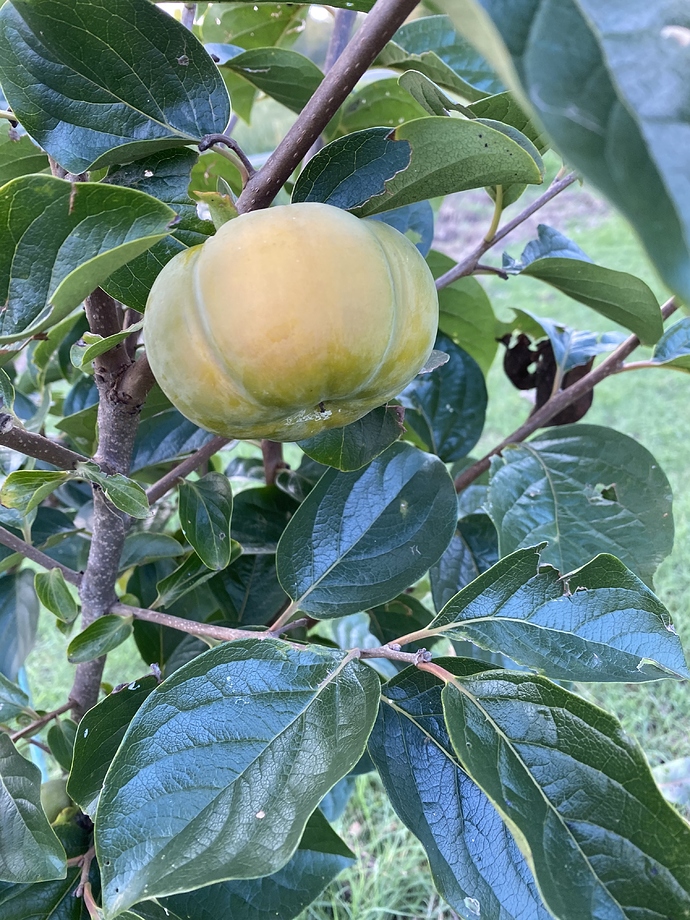 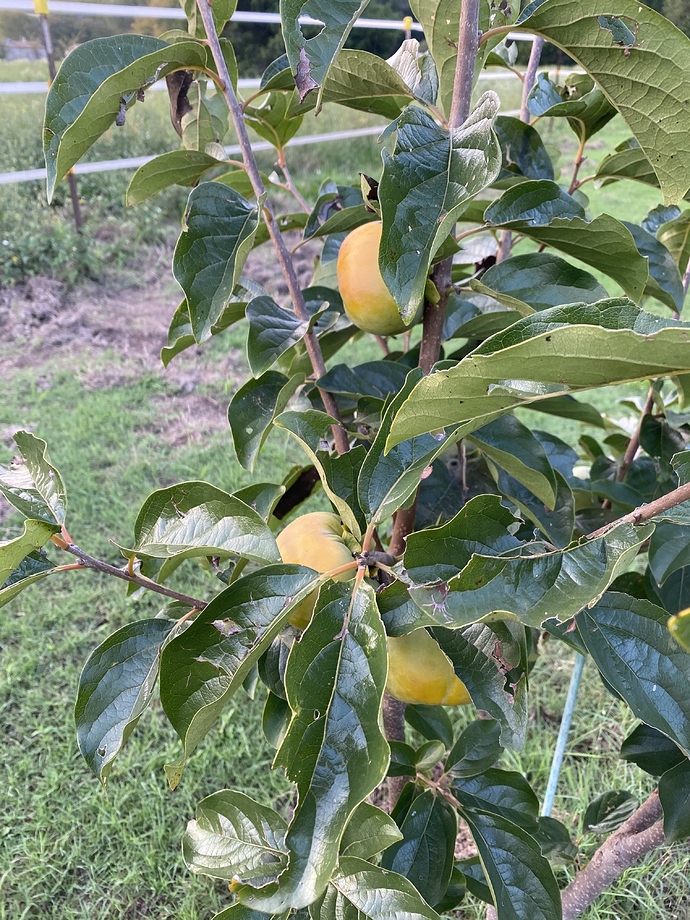 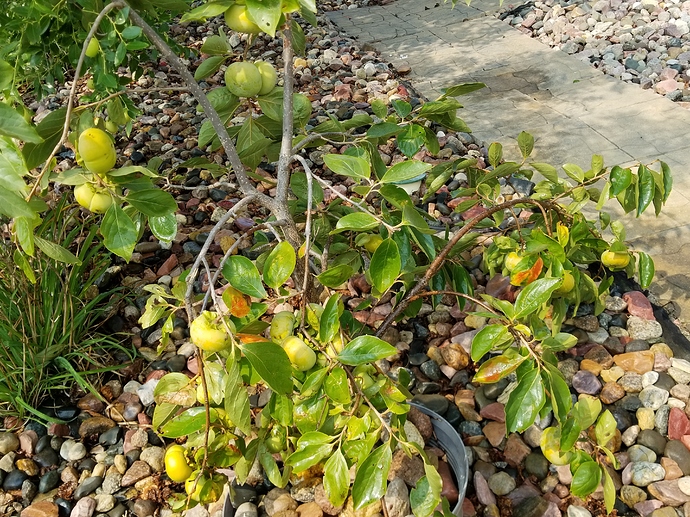 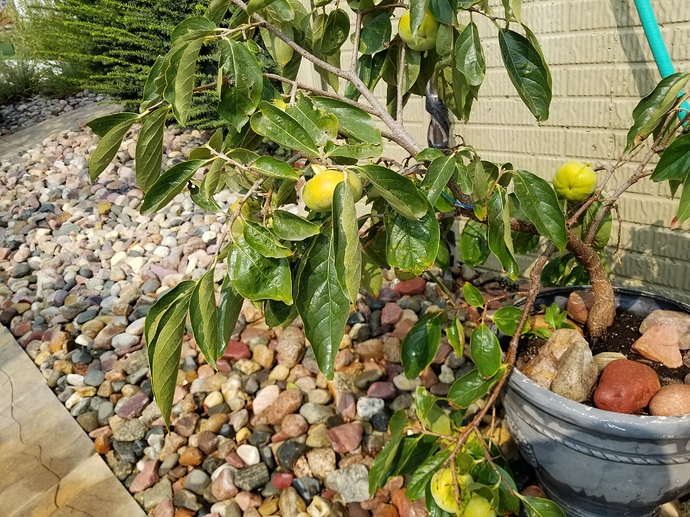 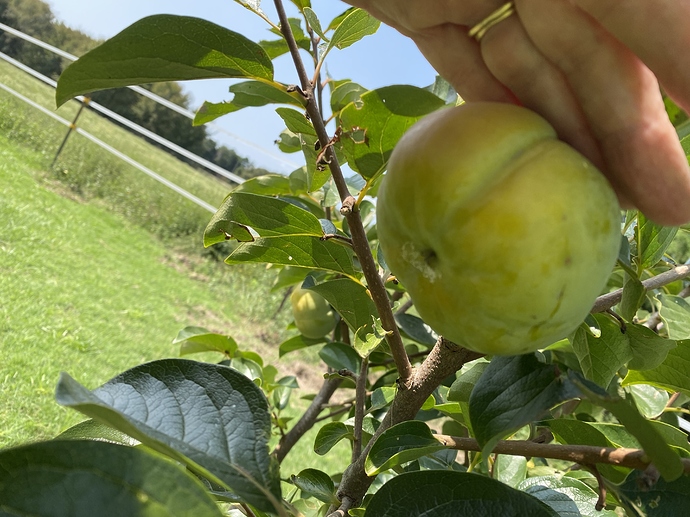 2020 is going to be a bummer year for my persimmon and most anything else. Pass for this year. 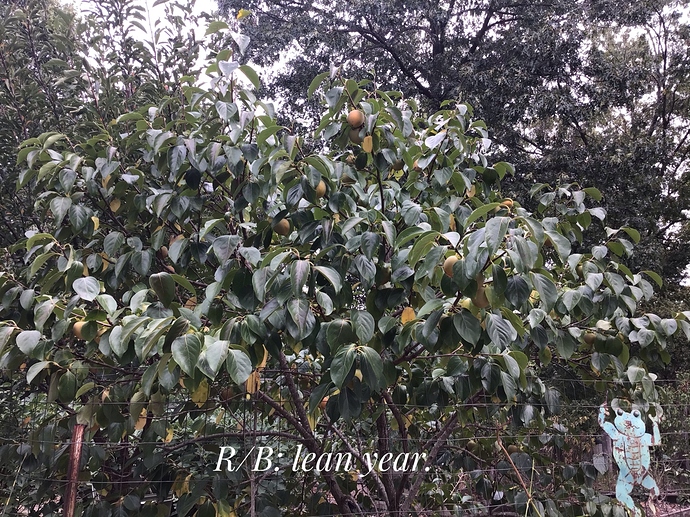 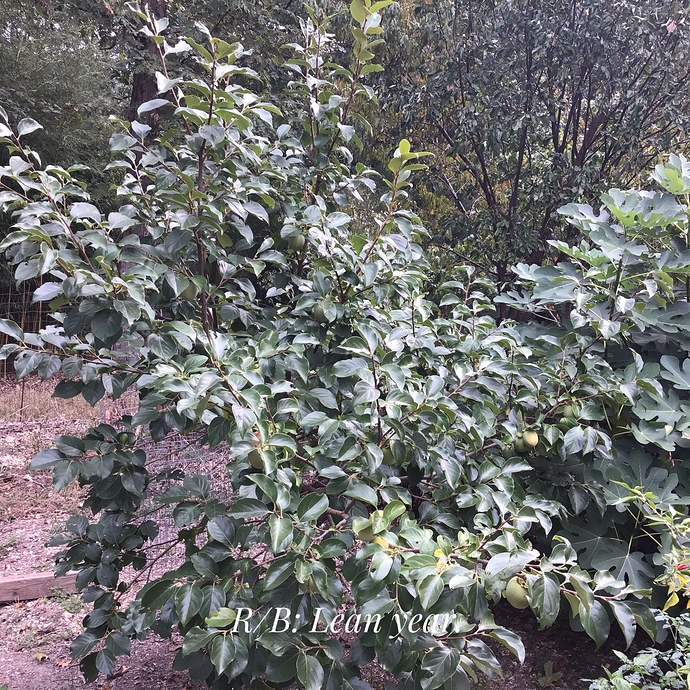 This year best producer persimmons are ROYA BRILLIANTE and Giombo, Even though small yield, all others: nil!

Very few persimmons here. A late frost burned most of them back and whatever varieties managed to flower dropped all their fruit. 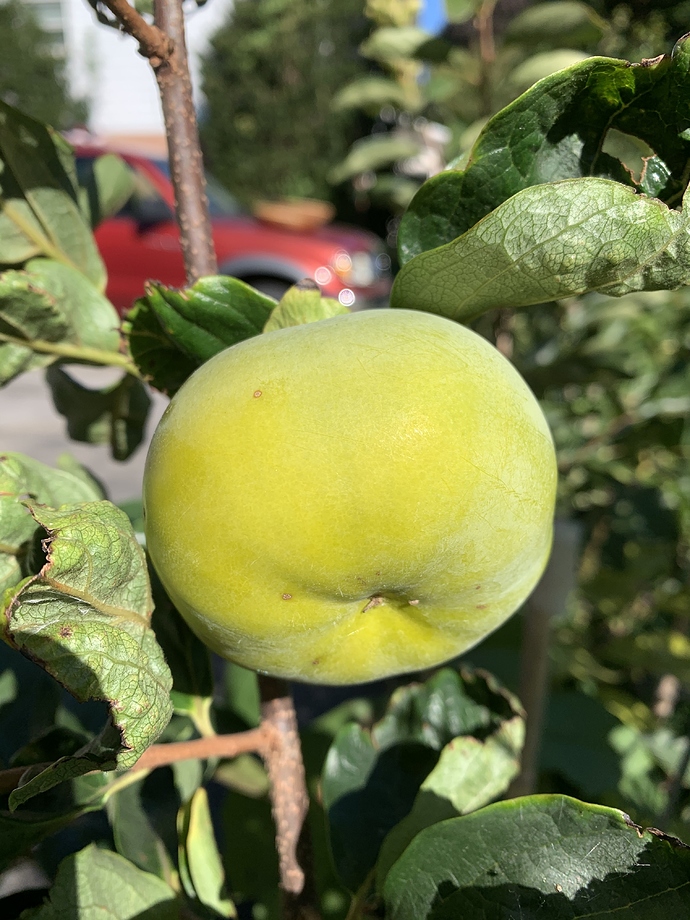 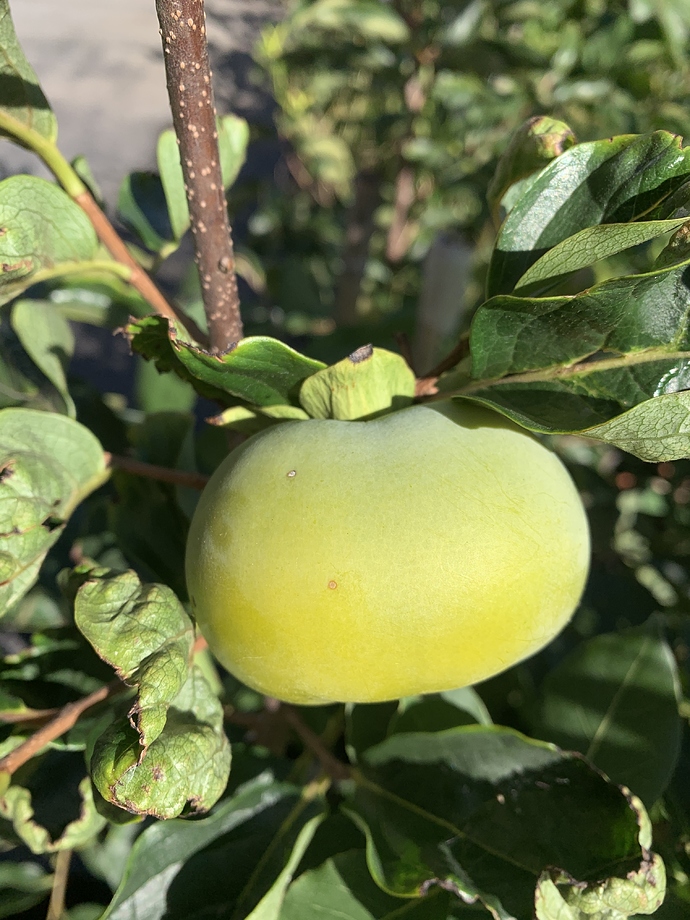 image3024×4032 3.3 MB
Here’s a fruit from a potted 20th Century persimmon. Thanks @cousinfloyd for sharing this variety. 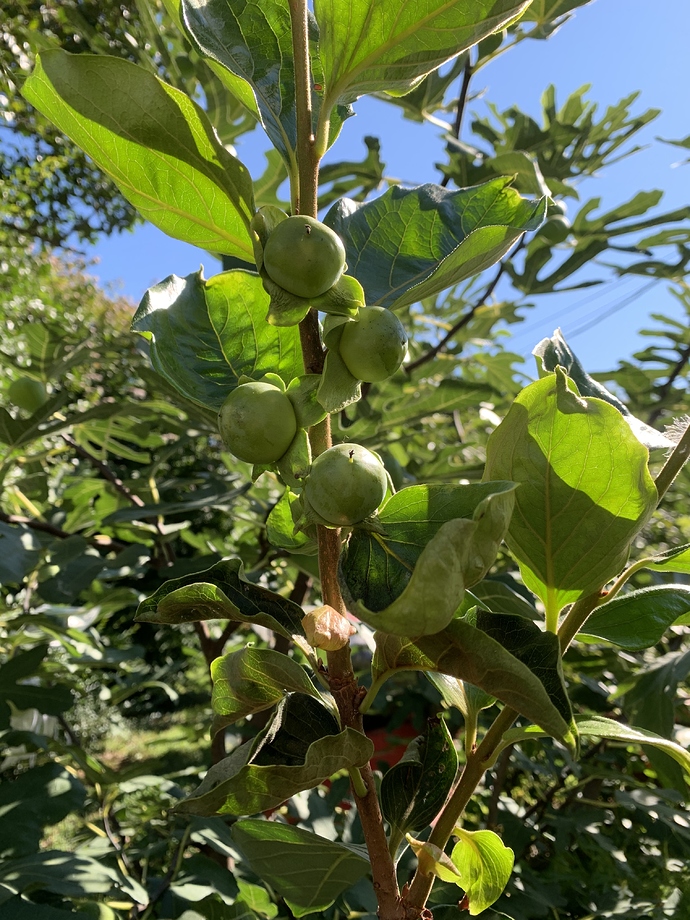 What’s your source of early golden?

It’s been quite a while since I grafted it. (I had some major borer issues on the rootstock of my Early Golden that really set it back at first, but it seems to have finally outgrown those problems and seems to be doing well now.) I think I got the scions from a nearby friend. I know it wasn’t a commercial source. Is there any reason to think there are different strains of Early Golden? I was assuming my Early Golden is no better than any others (although fruit quality of native persimmons does seem to vary from year to year.)

I am not suspecting different sports of it. I was just curious to know if such a good variety is available from commercial sources, so that I know where I can purchase it in the future. I have never heard about this variety before, but I am not very knowledgeable about native persimmons either. Thanks for the information!

I’d say Early Golden is one of the most famous varieties of all native persimmons. I think a lot of the popular newer varieties are descendants of Early Golden. I think there must still be commercial sources for it, even though nurseries seem to be emphasizing newer and larger varieties.

I also don’t know how representative what I’ve eaten so far this year really is. Don’t put too much value on a comparison that’s only covered one portion of one season.

I’m also extra interested now in tasting some of the older varieties that receive praise for flavor despite unimpressive size (like Morris Burton.) The persimmons I’ve tasted this year almost give me the impression that cultivar selection over the last few decades may have focused too much on size and not enough on taste, but I don’t know if my current impressions will even stand the test of time.

I suspect part of what makes H118 popular is that it sets fruit without a male. Does yours get seeds?

Hello K8tpayaso, in what zone you grow persimmon and which method you have used for grafting?

I have a small fruit on a little Slate persimmon grafted last year which is getting festive. 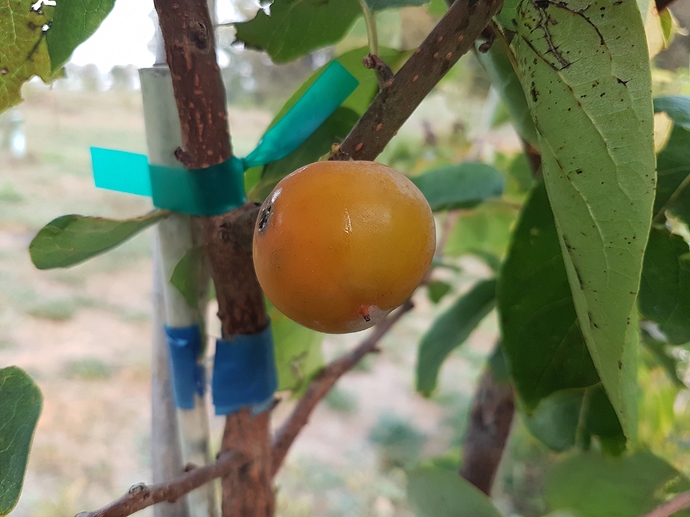 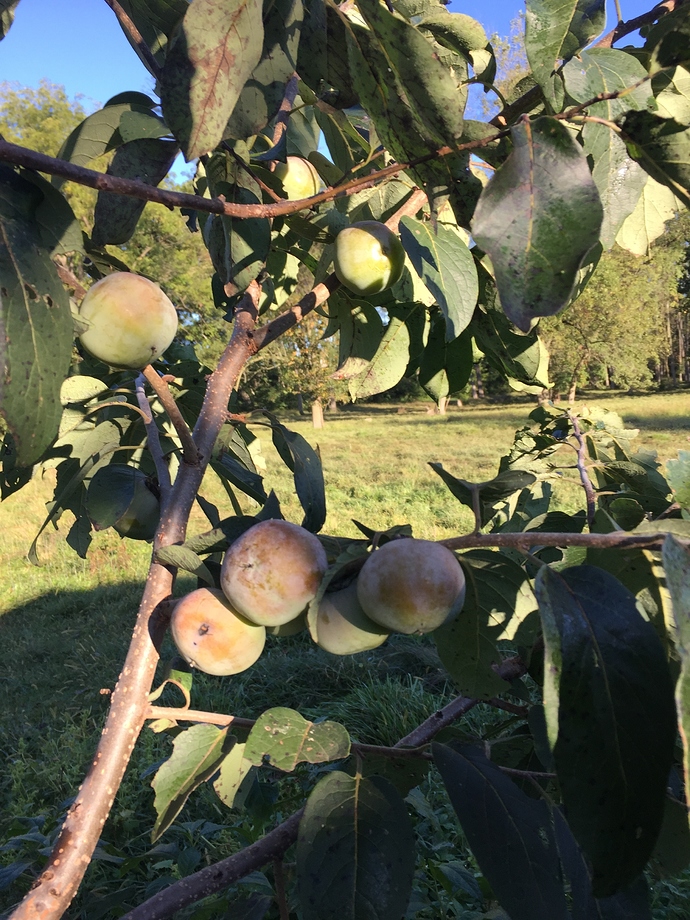 Here are some that I grafted last year. Thanks @pharmerdrewee

Unfortunately I lost my ID tag. Does anyone have any idea what variety it is?

I got an Early Golden from One Green World this past spring. England’s also had it. I was going to order there, but shipping was going to be crazy for just one tree…

It’s likely 100-46 that I sent you. Great job! Mine dropped all its fruit this year. Hoping for next year!

Thank you! Now that you say that I think that was the variety. Most of my other grafts had the same problem as you mentioned earlier with the late freeze we had.

With a heavy crop like that just the year after grafting (on an American persimmon), that’s what I was going to guess.