I’m on the search for some jujube rootstock or viable seed. Does anyone know of a solid source? I believe I saw on Facebook that Roger Meyer has passed away and that was the only source I knew of. I’d be looking for 30-50.

i have bought juju seeds from amazon and ebay, ~50% sprouted. Not really bad stats since they are quite cheap(shipping is more expensive than the seeds, lol)

I’d ask Cliff England, maybe he can direct you?

This may be a silly question, but I believe I’ve read that jujube are often grafted on “sour jujube” rootstock. Do you know if this is the case? If so, should I look for a particular kind of seed?

Will attempt to remember to let the group know my germination rate.

yes, Tim, sour jujube is the rootstoc of choice. Sherwood and silverhill also come with their own roots sometimes, but you have to inquire with the vendor. I actually bought a bunch of fresh sherwood fruit from Shirley(wife of Roger Meyer) just a couple months ago, and will try to germinate those. But from my experience with seeds i obtained from our current trees, li, sugarcane, honeyjar, sour, etc, the sour(semi-wild) variety has the highest rates of germination of about 75%. I feel it would be higher if i had been more gentle with the nutcracer have been using as many of the pips got dinged and dented. Forgot to add, some of the honey jars and sihong sprouted ~10% of them, but forgot to secure them and were summarily devoured by sowbugs. Additionally, the li variety seems to always have almond sized pits, but the pips inside them are often tiny and deformed, and the bigger, 'normal 'ones had never sprouted for me.
actually feel bad you posted this inquiry too late, as i’ve discarded many of the jujube fruits from a wayward-growing sour variety we’ve been studying. Would have volunteered to send the amount you wanted. Could send you some of my sherwood and the last three of the sour pits i could find if you’re interested. A pit is supposed to have two seeds inside, but may also only just have one, or none…
lastly, the sour jujube’s seeds are also tiny, but they are plump and not spindly lie those of the li.
here’s a time-lapse of the few seeds we’ve been experimenting on. They sprout within 5 days, and should give you some idea about their growth rates, judging by the captioned dates. These have not grown really fast as winter is getting nippy, and had to bring them in and placed by a south-side window sill to get some light, hopefully tide them over to spring. 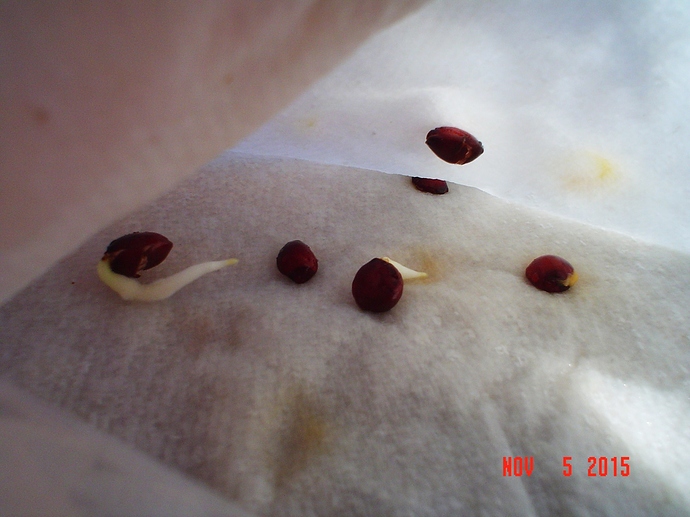 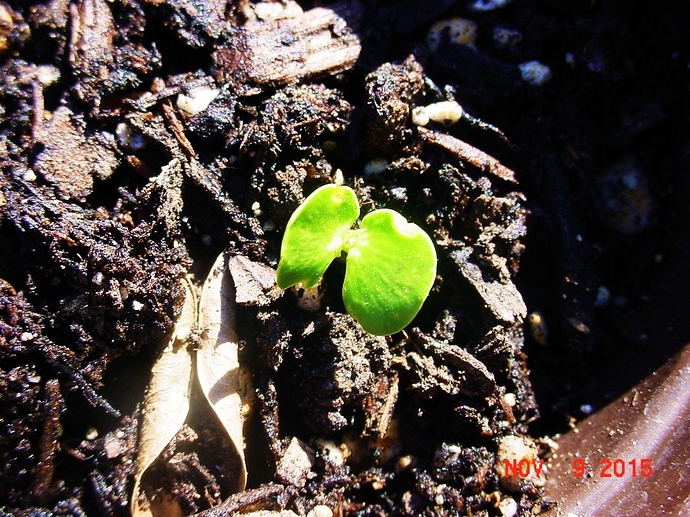 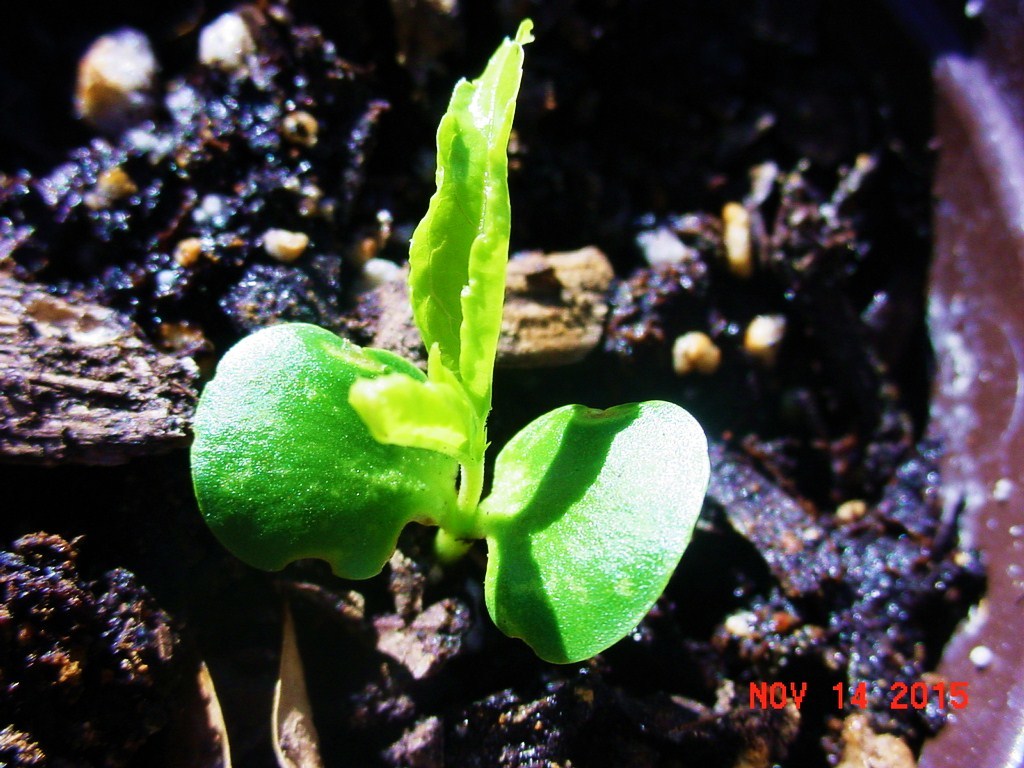 when i bought the seeds from ebay a long time ago, i didn’t really have the foresight to inquire what variety they were, as it was mere curiosity on my part, and those too were devoured by sowbugs lol!
i could surmise the vendors(presumably Chinese) would have been forthcoming enough to send the varieties they’ve had experience with and aware those actually sprout…

lastly, if you have sowbugs in your area, you must start your seeds on little pots, and on stilts! Fortunately sowbugs are averse to climbing too high, or dangling by a limb, otherwise they’d be real threats to jujube trees! One of the few pests which actually eat juju leaves.

Thanks for including the pictures and for the offer. I’ll stick with the purchased seeds for now (ordered 100) and perhaps take you up on the offer next year if things don’t go well. I’ll be germinating them in the basement so hopefully no insect pressure.

You seem to have quite a bit of knowledge on jujubes. Do you recommend any particular varieties? I currently grow Li, Shanxi Li, and Honey Jar, though all are relatively young.

you’re welcome. And yes, will be saving more of the sour juju seeds next year. They are quite fruitful even when severely deprived. Here’s a pic of one that is literally growing on sawdust, and often underwatered. 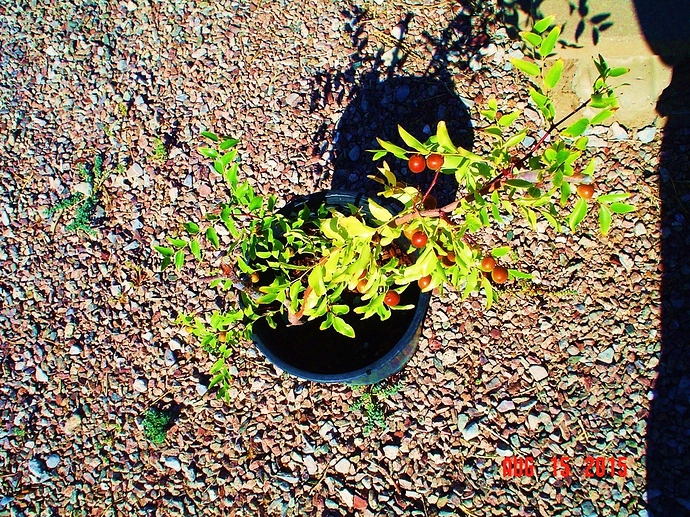 I currently grow Li, Shanxi Li, and Honey Jar, though all are relatively young.

those are all good varieties. Honey jar is probably the best tasting in your list. I’d strongly recommend chico and sihong. But as with many things, taste could be subjective.
where are you growing your jujus?

Thanks for the notes about Chico and Sihong. Do they have any size to them?

Also, do you know of any good video pruning guides for them? I’ve heard Roger Meyer’s youtube presentation on them but it doesn’t make complete sense to me. I’d like to prune mine to an open vase to keep them shorter for easier picking for the public but getting them to branch where you want them to seems to be tricky (or maybe I’m just dense).

PA sounds like a nice spot for growing jujus, and it seems like you are planning to pioneer it there with your obvious intent to mass-planting. Congrats in advance, i like it!
200 days should be ample, especially with the early varieties.

chico and sihong are slightly smaller than li, or about the size of lang. Sihong is usually a bit bigger than chico.

jujubes don’t normally need pruning, as it has a self-pruning system, but when cut down to ~6 feet, some pruning might actually be needed for efficiency. My general rule of thumb is to let the horizontal branches(lateral growth) bear fruit for several years, and then prune when productivity declines. Vertical growth will then ensue which will be the new source of horizontal growth.

Just wanted to follow up. The source for the seed was treeseeds.com and this is what I bought: Chinese Date Tree Seeds | Ziziphus jujube var spinosa

If they are truly spinosa then it was a great deal (I don’t doubt that they are). They sprouted really well and are growing under lights in the basement.

Just wanted to pass this along in case someone else is looking to grow out some rootstock.

i agree, am 99% sure those your received are spinosa.
and if they are not, then you actually got a better deal, as anything other than a spinosa MUST be more palatable a variety!

Tim…Thanks for sharing the source…any updates on how the seeds or plants now are doing???

I will be ordering jujube seeds soon to start inside over the winter. Should I order Dehulled seeds? It looks like dehulled seeds don’t require cold stratification.

If you can get them that way then it is a good choice because if you try to crack the jujube seeds by yourself then the seeds will get lots of damage in the process.

they do not. Most literature and online accounts have come across say they do, but have been growing seedlings straight from fruits borne on the same year, and in >100F summers here in vegas.

Careful on the dehulled seeds - may not be identified correctly depending on who you’re buying from.