Spondias dulcis aka June Plum, Golden Apple, Ambarella, Pommecythere, Jobo. Why is no one growing this fruit?

I searched the forum and found a couple mentions of Mombin Sondias mombin and Jocote Spondias purpurea but no one seems to be growing Spondias dulcis aks June Plum, Golden Apple, pommecythere.

In the international markets near DC. I have on occasion come a cross fresh green June Plums. Cruncy unripe, the flavor is like that of a green mango with more going for it, but still green and not sweet. In the core is a seed with hairs like a luffa sponge. My wife tells me it along with most other unripe fruits get chop it up and dress it with salt, chile, culantro and eat it as chow.

On my recent trip to my wife’s home country of Trinidad and Tobago, I was lucky enough to arrive in Pommecythere season. My wife can call it Pommecythere I am going to call it June plum because I can not get the accent right. The ripe fruit is medium to large mango sized. It turns a golden yellow color from which it gets its other name Golden Apple, and most importantly its crazy delicious. Gorging my self on Mangos at the research station was awesome but I could not get enough ripe June Plum. The second blow came when they casually mentioned they used to have a tree but cut it down to expand the house. I of course started my research before I even left the country. It is a pretty big tree, I saw one in all its glory 60ft tall, bad. Fully tropical live in Zone 7, bad. Dwarf Cultivars Exist!, good. Fruit at 3 feet, great. Fruits in as little as 1 year from seed, awesome Available mail order, Shut up and take my money.

When it arrived the little guy must not have been more then 4" tall. I wish I had a picture from June when it arrived but take a look at it now.

I read one post in another forum that there tree grew from seed to fruiting in 6 months. The tree is self-fruitful but do not appear to be self-fertile as none of the seeds managed to grow. Mature wood cuttings are easy to root, like figs just stick them in the ground.

@Richard I think you might want to look into this one.

Here’s the taxonomical record for the plant: Spondias dulcis.

my source was Logee’s

Apparently your seeds were not ripe. The plant is both monoecious and polygamous: https://www.ncbi.nlm.nih.gov/pmc/articles/PMC4547026/

I think you might want to look into this one.

The plant is dead here in what passes for winter (zone 10b). I am not willing to grow plants indoors other than orchids as I do not have an automated indoor irrigation and feeding system for them. Instead, I purchase these fruits at the local Ranch 99 Market.

I have disagree with you on this one yes while Jew plum is a name that has been used but June plum is by farm more common. Jew plum will get hits in google, but if you try to search amazon for that term you will get 0 plant results and June plum nets two dozen accurate results. When I have seen them in several grocery stores, they have all been labeled June plum. even this popular juice brand sticks with June plum https://www.gracefoods.com/products-main/product/view/7/443 .While I am not arguing Jew plum is historically valid, I will stick with June Plum. On the second note, I know where you are coming from but I have to trust my source. My wife grew up with a dwarf June plum in her yard in Trinidad and they did not trim it to keep its height down. While this tree will never get to experience life in ground to learn the truth about this one.

Apparently your seeds were not ripe. The plant is both monoecious and polygamous:

It wasn’t my observation it was a post I read. I really hope you are right about this one. I would love to share seeds and discover if its a true dwarf or a pot bound midget.

hmm, I thought if your kei apple was fine so would this plant

Amazon is another infamous source for plants. It gets names from sellers.

hmm, I thought if your kei apple was fine

Kei Apple is hardy to zone 9a – which is within it’s native range in south east Africa (Kei River Valley).

It wasn’t my observation it was a post I read.

They might be confused with Spondias purpurea – which is definitely dioeceous.

Logees has one in stock. 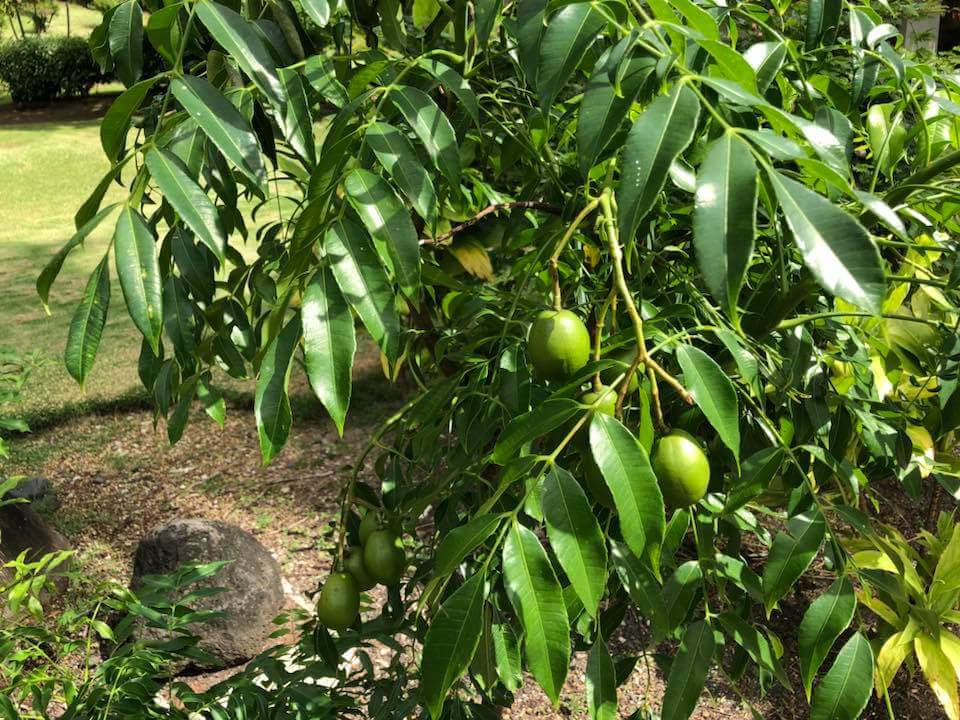 looks delicious. I envy him

I tried a couple of times, they died during the winter and never came back to life. Unless there’s a cold hardier one suited for zone 9b, I’ll try again.

We have plenty of these in the Philippines. You can eat the immature fruits when their seeds haven’t hardened yet. We just sprinkle salt over them and munch away. A little astringent and very tart and crunchy.

When the fruit matures, the single very large seed is very hard. You eat the pulp around the seed. We love to enjoy it semi-ripe when the skin and flesh has some crunch to it. We don’t like it ripe.

It is eaten the same in Trinidad and Tobago. I by far preferred nearly ripe and ripe fruit.

Hear is my June plum now. I moved her outside yesterday to soak up all this rain and back inside tonight. 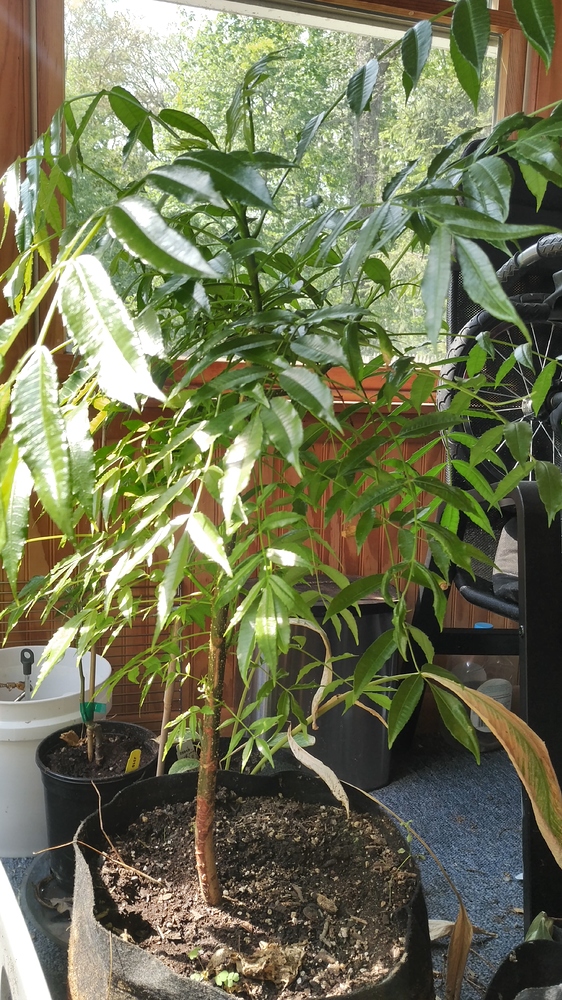 I like to eat the some what tart and crunchy June plum with a bit of salt and hot crush Thai pepper.

I am in the minority. I love the fully ripe flavor. My father-in-law served me some semi-ripe with chili and culantro (long coriander) it was good too. 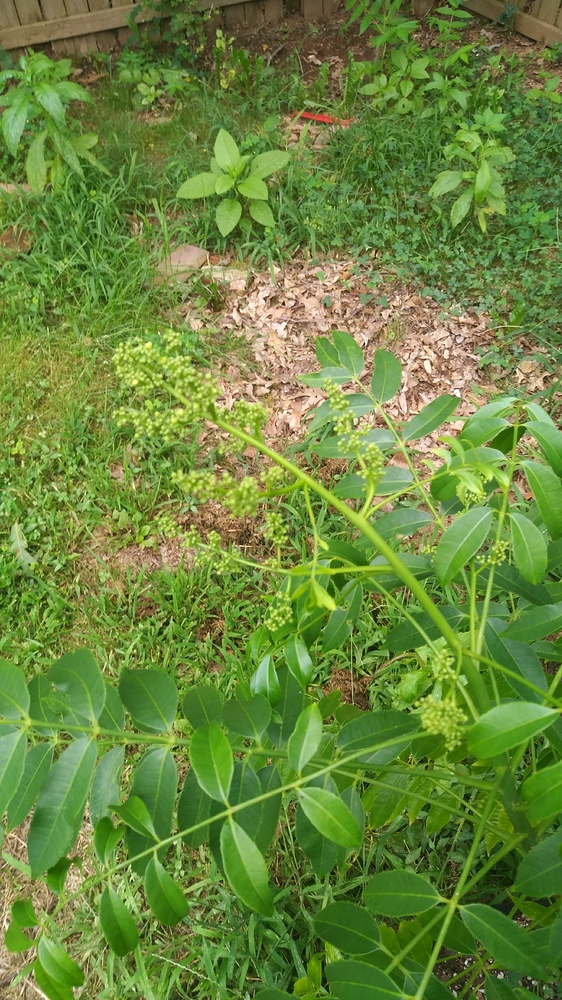 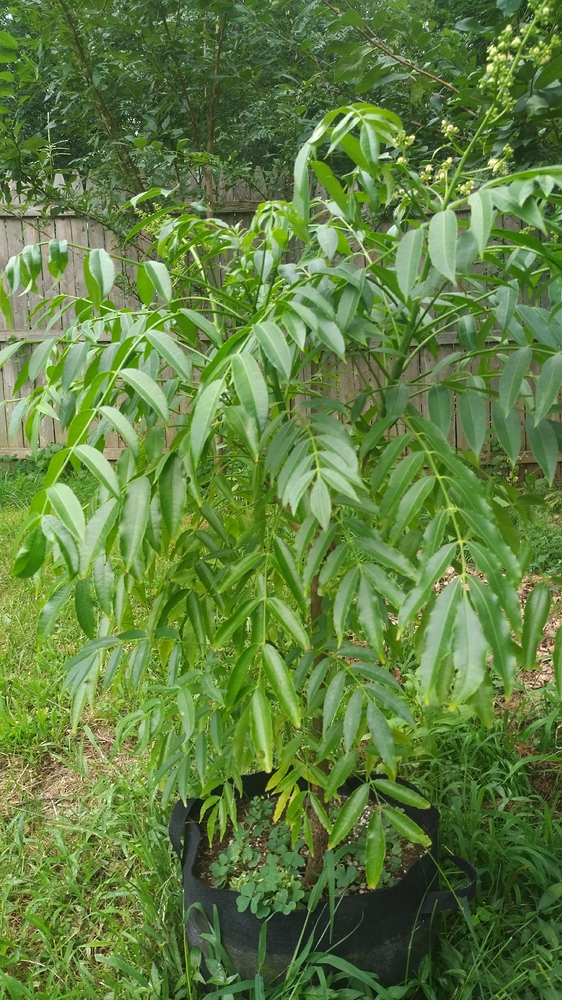 If you look closely you can see lots of flowers have set. Only time will tell. 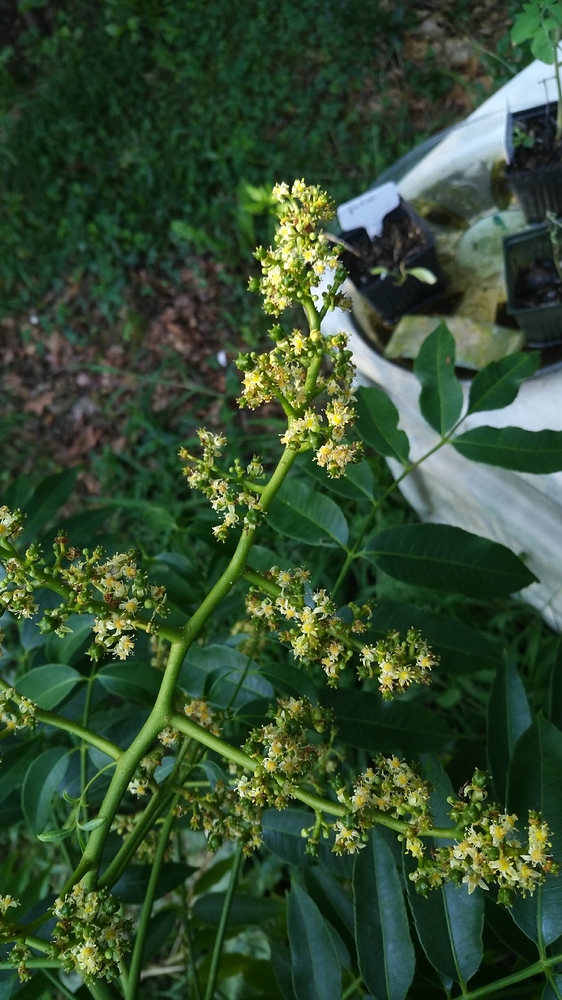 I should have realize the heat wave was going to dry the bagged tree out. I have a lot of leaves going yellow and branches falling off. the fruit thats holding on is just starting to size up but I dont count my fruit before I eat them. Actualy I do. 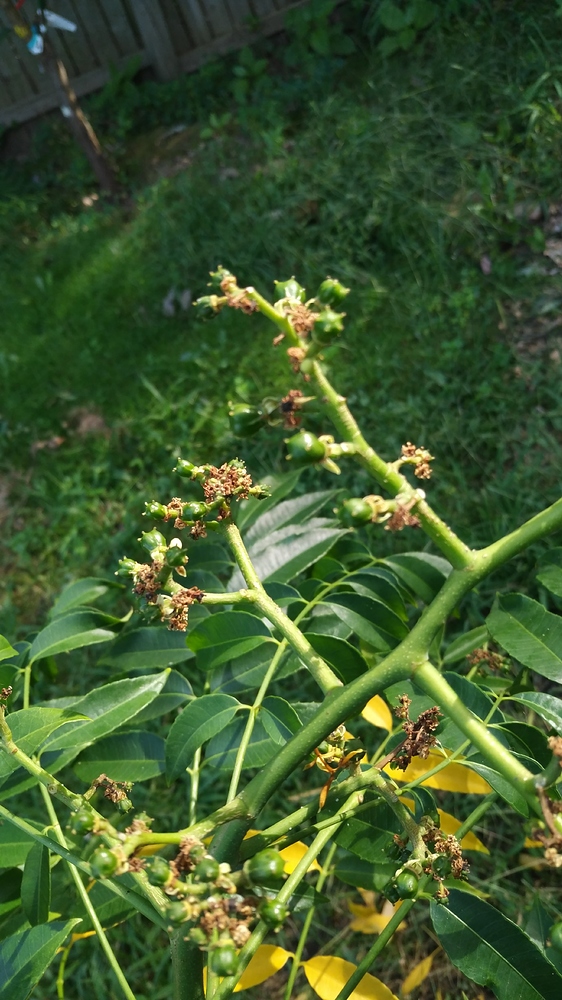 Some fruit set have fallen off but the remained have started to size up. A new flower stalk has developed so there is a chance for more fruit set before I bring it in for the fall. 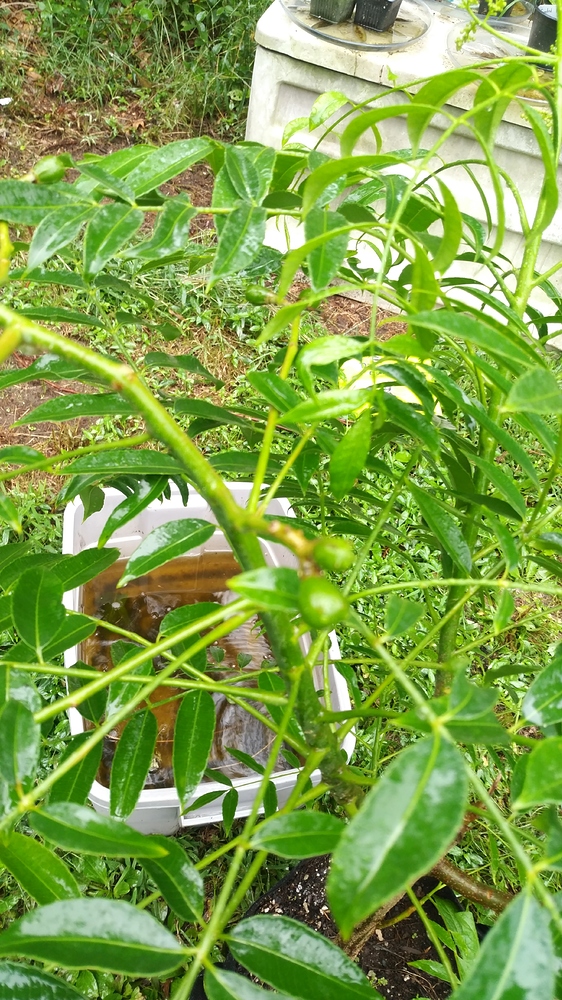 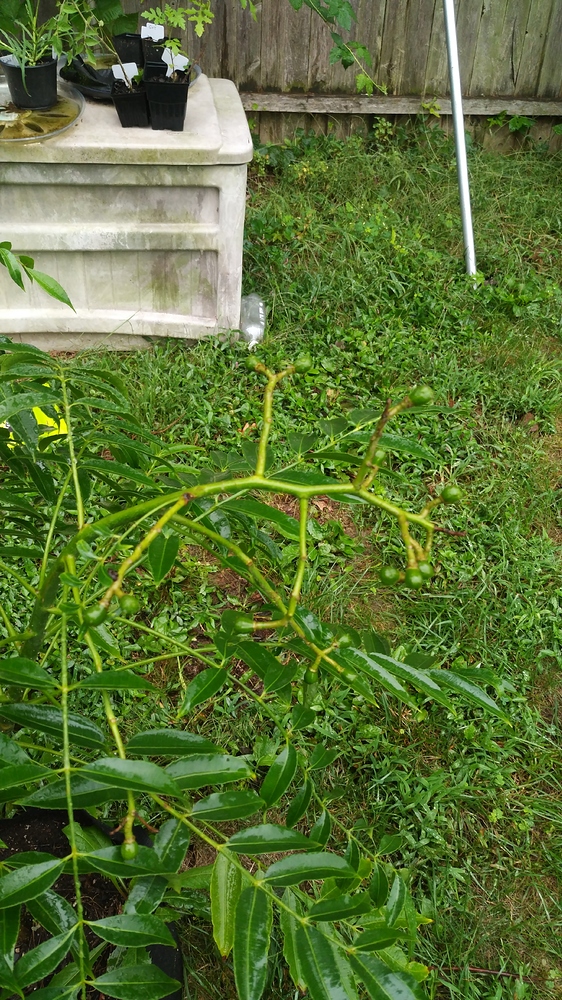 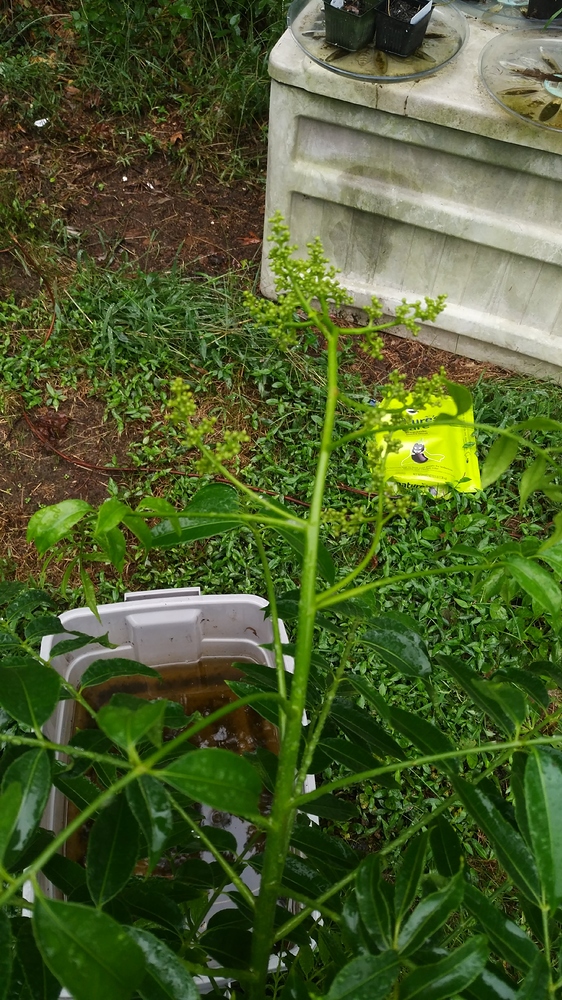 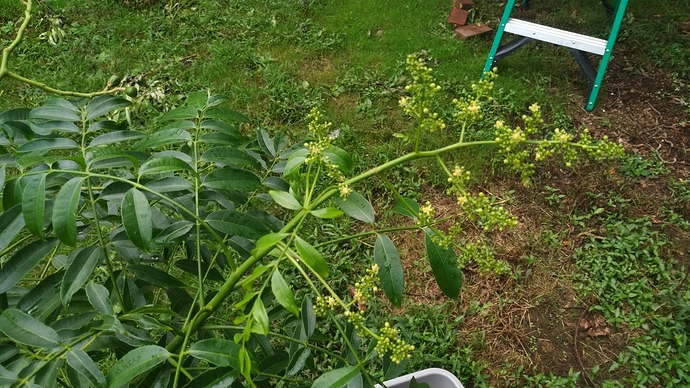 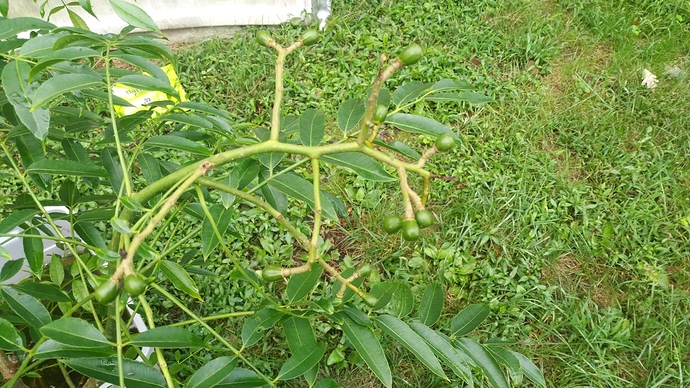 Now squeezed into my sun room. The fruit is growing nicely and that last cluster of flowers set quite a few. 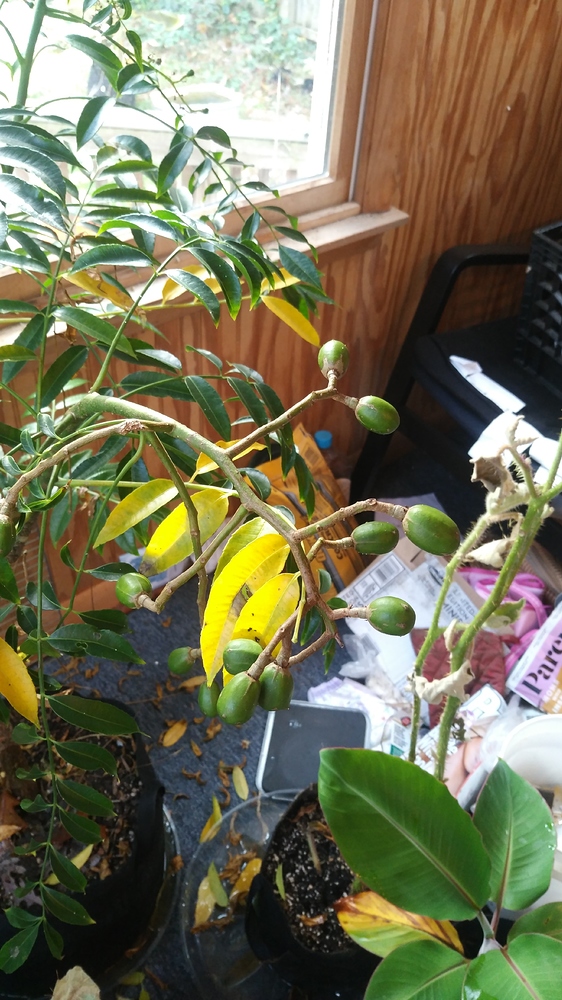 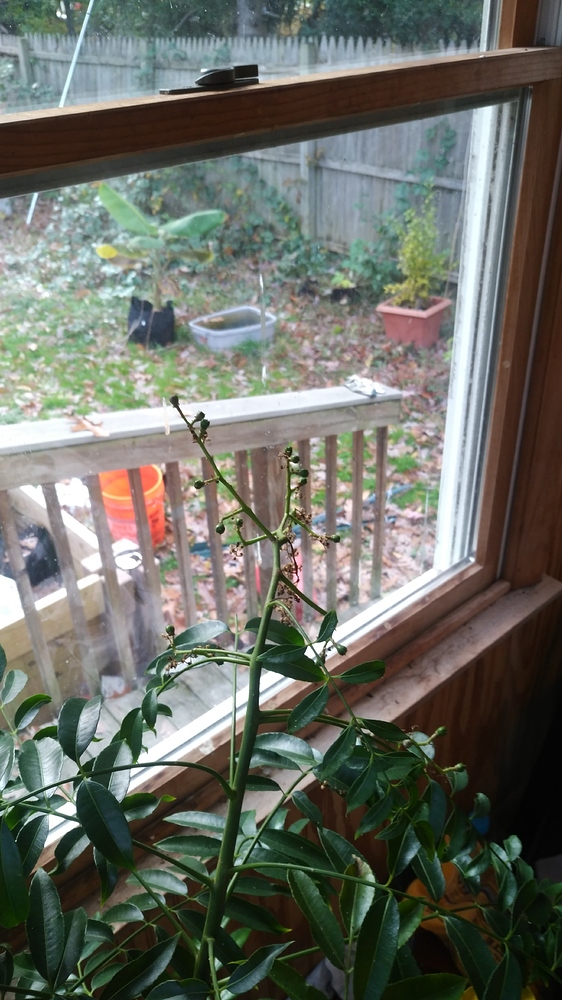 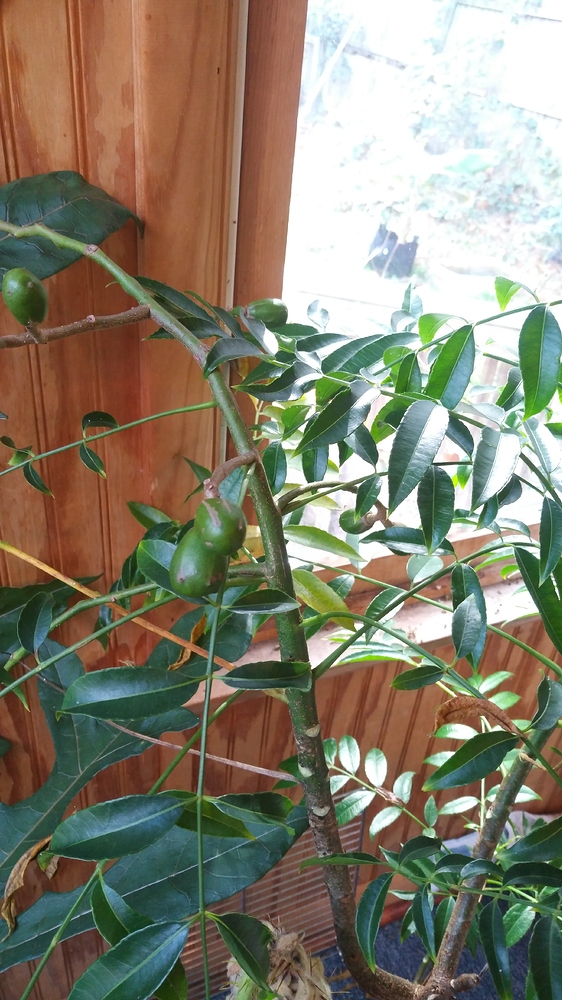 I liked pickled June plum with some salt and hot Thai pepper.