I have a little raised bed (frankly almost a large, shallow, bottomless pot) that I was attempting to grow blueberries in. Tragically it seems that I am incapable of growing blueberries, so I’m trying to brainstorm other things to put into this raised bed. It’s in quite a visible spot so I would like it to be fairly ornamental.

I’m in Zone 5A, and the spot gets about 6 hours of sun. I don’t think anything over 5 feet would do well in it, since the raised bed is so small.

What’s a handsome-looking fruiting shrub/dwarf tree you might recommend? 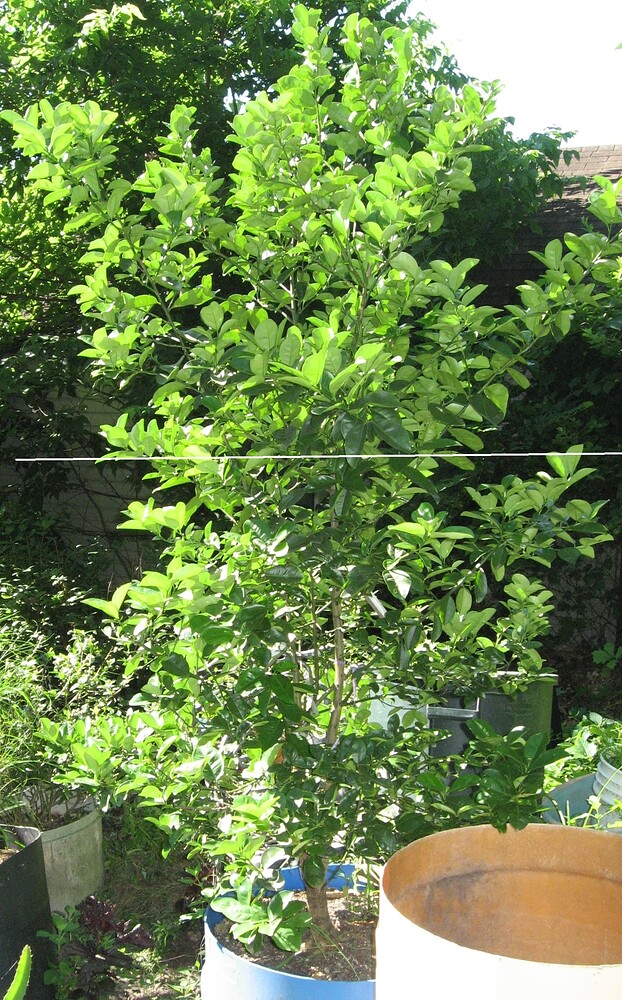 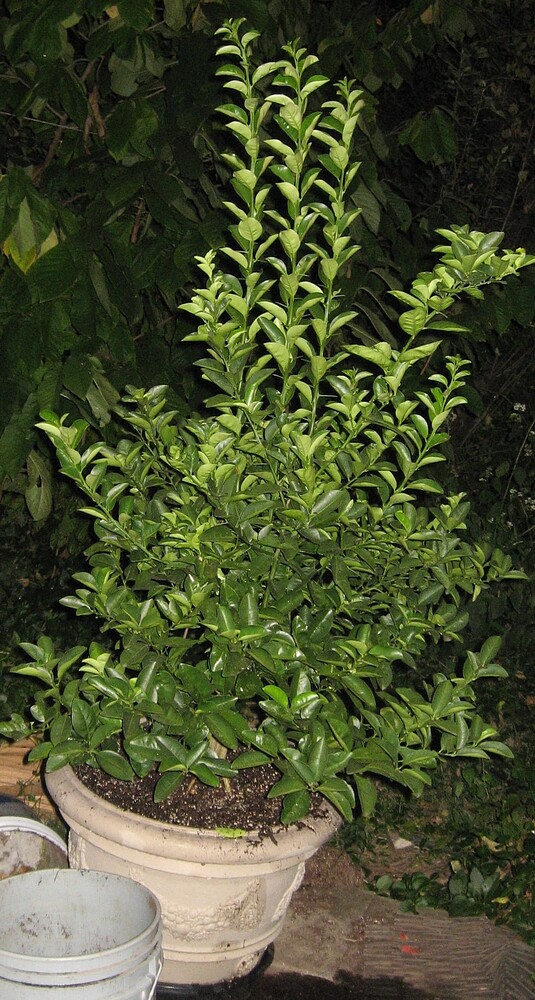 How lovely! What is that?

Or Beauty, it tends to remain more squat in growth habit right?

Personally I like the Aurora a lot but if looks are a consideration Tundra has a better branch structure. It also tends to grow smaller than the Aurora. Or if you want greenery get a Borealis. They don’t get big but they grow more leaves than they should, forming a super dense very rounded bush. This is the only haskap bush I don’t bother to net, not even the robins can find the fruits on that mess of leaves.

You can also do grapes, they can be trained to be a bush.

my boreal bushes are only 2 years old and i dont have the other 2 you mentioned. just like the look of honeyberry bushes in general just for their unique leaf structure. the smaller structure Aronia bushes are very nice looking as well with fire red leaves with purple black berries in the fall.

Are they Borealis or Boreal Blizzard? The Borealis is the earlier cultivar that tends to put out too much foliage. If you have those you should prune heavily to open the bush up.

I don’t have Boreal Blizzard but I would like to try it, they seem to have enough Russian in them to make them pretty hardy. I feed and weed my haskaps pretty well which gives me pretty large Aurora Haskaps. Boreal Blizzard are supposed to be bigger.

i have beauty, beast and blizzard planted together with 2 strawberry sensations behind my garage where they get about 5 hrs. direct afternoon sun with 2 hrs. dappled shade in the afternoon. i heard blizzards a big bush. its near my goats pen so if it gets too close on that side the girls will gladly prune it for me.

damned crows discovered them last summer and landed right in the middle of the bush, breaking some of the new growth. nets going up next spring.

I’ll definitely consider a Borealis, if it will cross-pollinate with my other early-season honeyberries! I actually already have an Aurora and while it’s delicious it’s also surrounded by netting or wire all year round, which is my main issue with putting it in an ornamental position.

I’ve never heard of bush-training grapes before! Will have to do some research.

@steveb4 What Aronia do you have? They sound very pretty, but I’ve never seen any that was smaller than about 6’.

I’ve also been looking at contorted Jujube, if anyone has experience with that, but it’s a big plant: SO Contorted Jujube Fruit Tree available at - One Green World.

i have viking ang galicjanka aronia. they are 8 and 10ft. very productive. the boreal series are later fruiting than aurora so wouldnt be good pollinators. borealis is early and not the same as the boreal series im growing.

I planted a handful of ‘dwarf’ aronias this past year. None of them are supposed to grow much more than 3’ in height. I can’t say if that’s true as we’re only one season in, but they are beautiful bushes especially with fall foliage.

My dwarfs are: Professor Ed, Nero, Iroquois Beauty, and the appropriately-named ‘Dwarf.’ Looking at my notes, all are supposed to top off at 3-4’ height and 3-4’ spread. All are zone 3 and above.

ive heard of these smaller aronias. where did you get them and how are they rated for fruit production?

Nero and Dwarf came from One Green World, but Nero is sold pretty widely by many of the online nurseries (from my notes, Stark, Planting Justice, Raintree, Burnt Ridge, and Berries Unlimited were all selling it this year).

Iroquois Beauty and Professor Ed were tougher for me to find. I bought both from McKay. Professor Ed only came in a pretty large pot and was pretty darn expensive especially from McKay, but I love the idea of having a plant called ‘Professor Ed,’ so that won over common sense.

My notes say that Iroquois Beauty is supposed to be ‘mostly ornamental’ although I could never figure out if that was because it wasn’t productive or because it tastes bad (relative to other aronias of course).

As these are first years for me, I don’t have any data on fruit production and didn’t find any online in my research earlier this year. I will say, though, that Professor Ed (which, again, was a pretty large pot) was filthy with berries this year and all four of them surprised me with both flowers and fruit given that they’re all first years. Production was definitely better on these first years than the larger ones I planted around the same time (Viking, Raintree Select, Galicjanka, McKenzie, and a Raintree seedling).

But… no real data from my side.

I also planted a Brilliantissima from Fedco, a red aronia, this year and it produced a decent number of berries. They’re still on the bush, too, even as the leaves are mostly gone at this point as the birds don’t know what to do with them and I keep forgetting to look up if red aronias are toxic to humans or not. Maybe I’ll do that now…