When to pick Gold Rush Apple

Temp here got down to 24 F yesterday morning,

I picked one Gold Rush today to try. Not ripe yet. Tasted subpar. Light brown seeds. 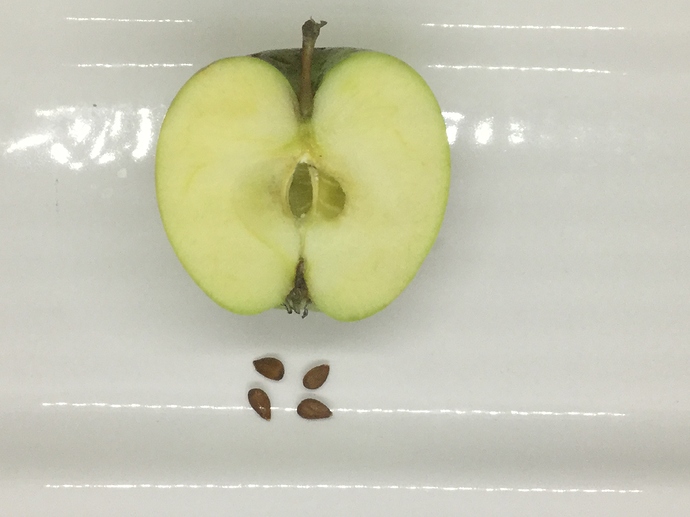 I look forward to sunny and in the 60 F later this week. 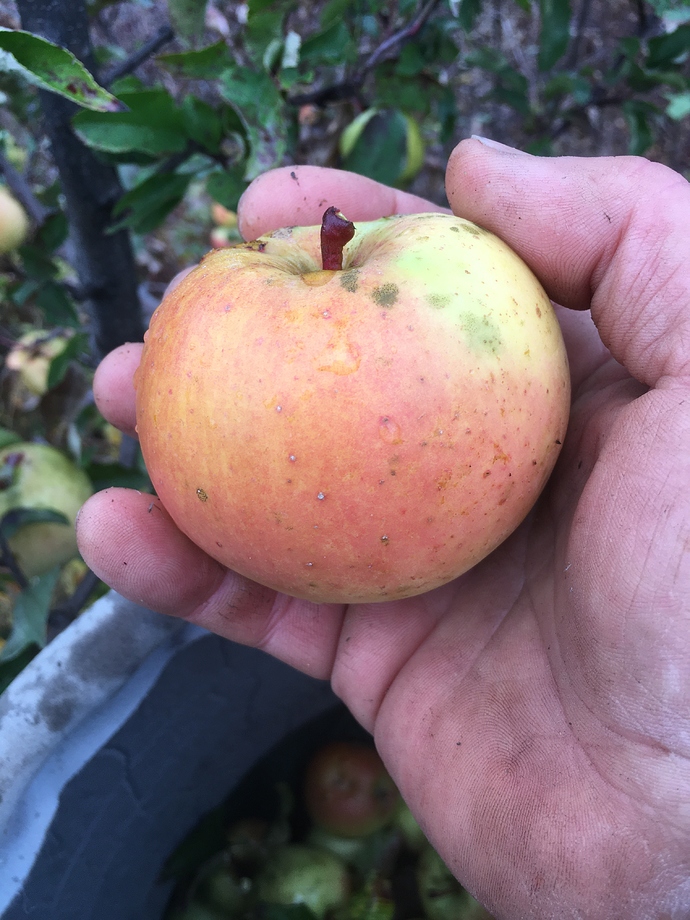 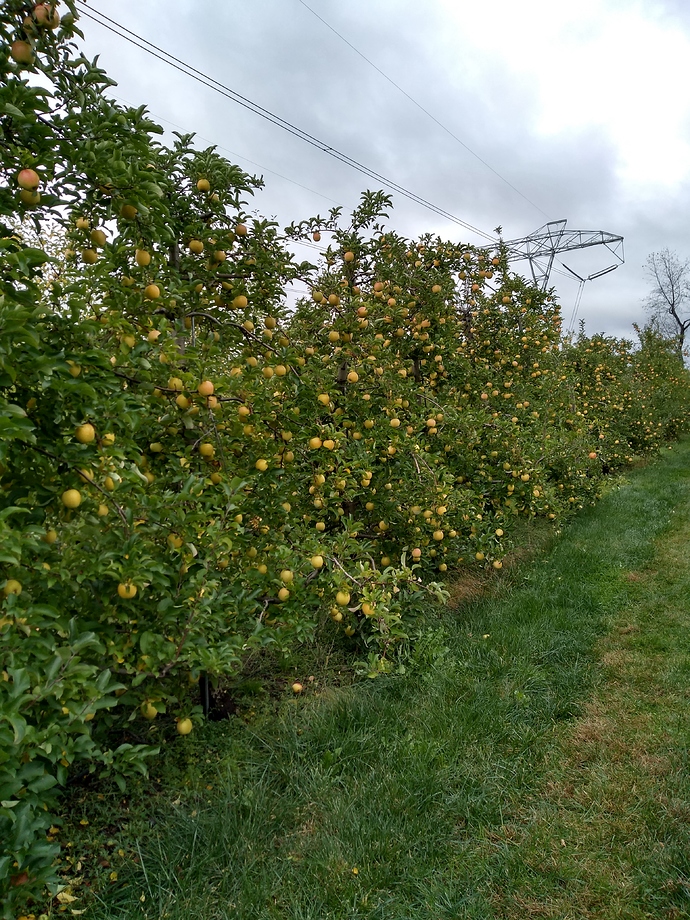 These are all goldrush apples from Soleburry orchard in PA. Sooo many! They seemed ripe to me, riper than mine and more yellow. I haven’t tried mine yet so can’t compare taste. This picture was about half of their Gold Rush row.

I think it is all about how much sun a tree gets. @JesseinMaine is in zone 4b, his fruit ripen better than mine. It tells me that Jesse’s trees have far better sun exposure than mine.

Mine is in a partial sunny spot. It gets about 5 hours of sun in the summer. Only the top of the tree gets more than 5 hours.

@mamuang, I wonder how are your Gold Rush in storage after frost exposure? I know they didn’t show any damage, but wondering if the frost affects the storing ability?

Picked gold rush from my tree yesterday. In late January!
Very juicy, strong apple aroma. Quite sweet. The cosmic crisp that I had after was muddy and lack luster by comparison. (Store bought poorly stored most likely) 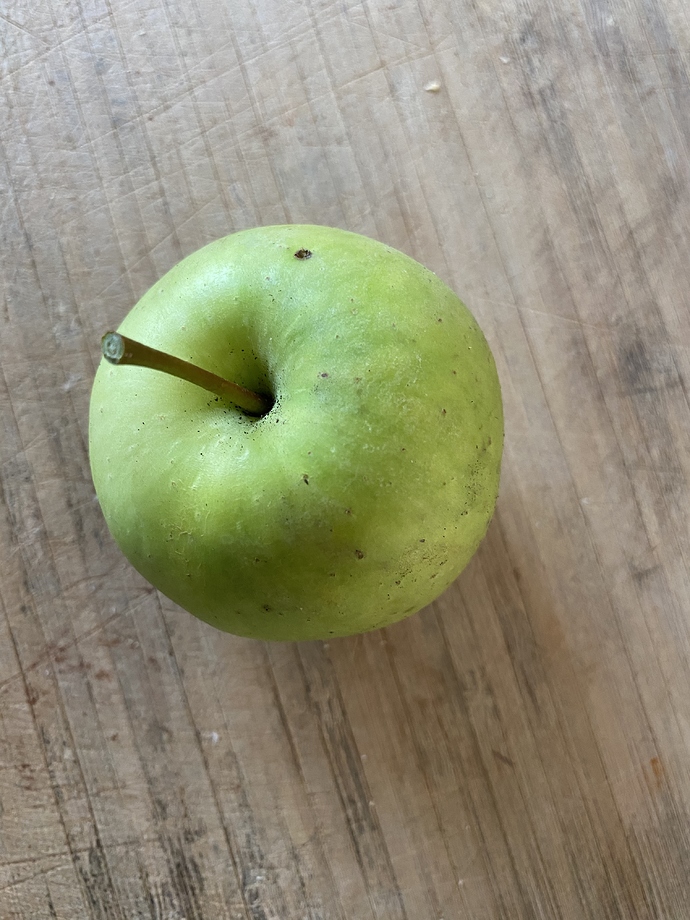 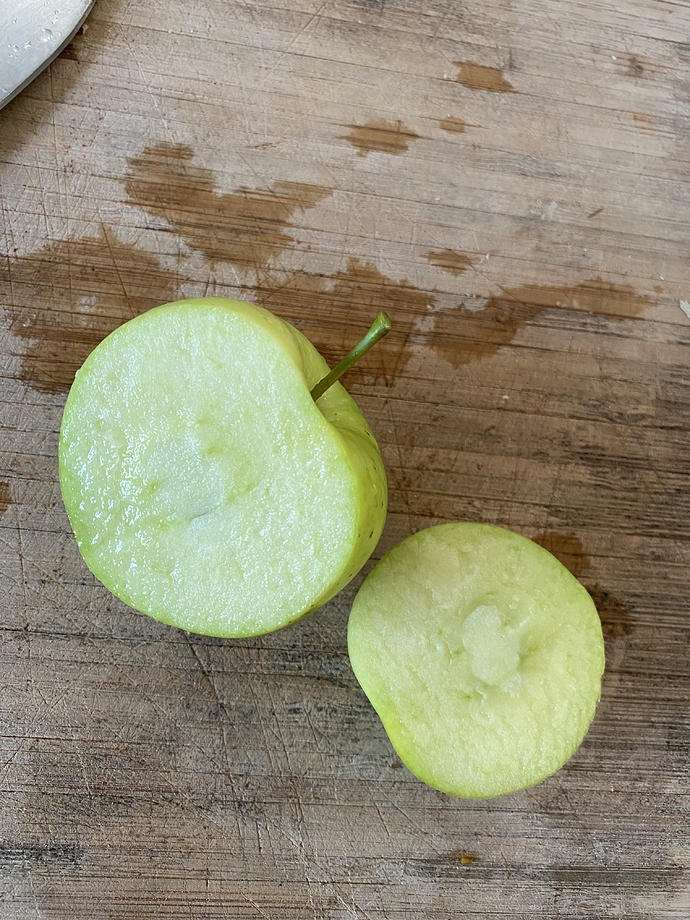 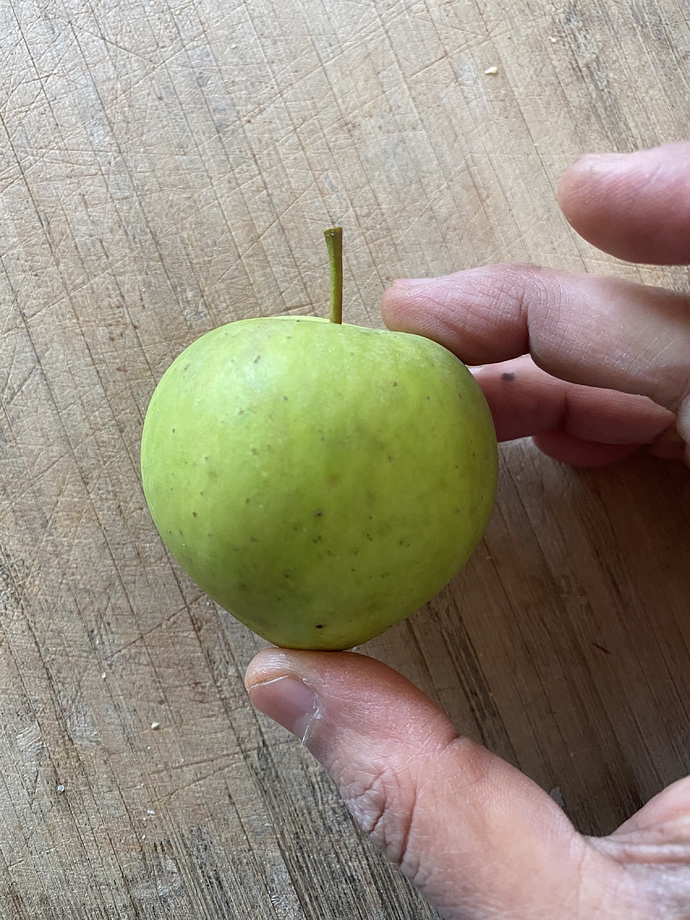 @galinas,
Most of my GR that I picked to store went through temp between 27-30 several times. I picked them before temp went down to 21-22 F.

Of the 10 GR that were left on the tree through 21 F, 2-3 were frozen and inedible on the tree. The rest were OK but the texture suffered, less firm than it was supposed to be. They were fine in storage but the eating quality has suffered.

I kept my GR in closed bags in a cooler (thanks for giving me the idea) in the unfinished basement. Temp there is around 40F.

It took this one out to show you. Firm, a blend of tartness and sweet ( more tart). This one turned yellow in storage but was picked before it ripened. Seeds were not dark. Overall quality was compromised as a result. 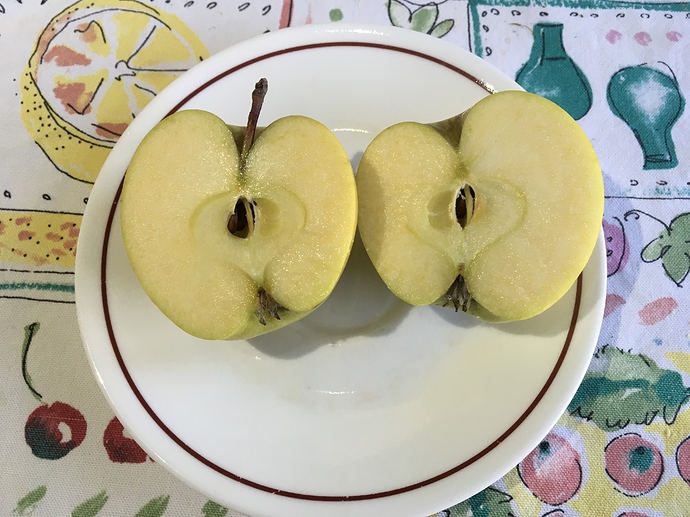 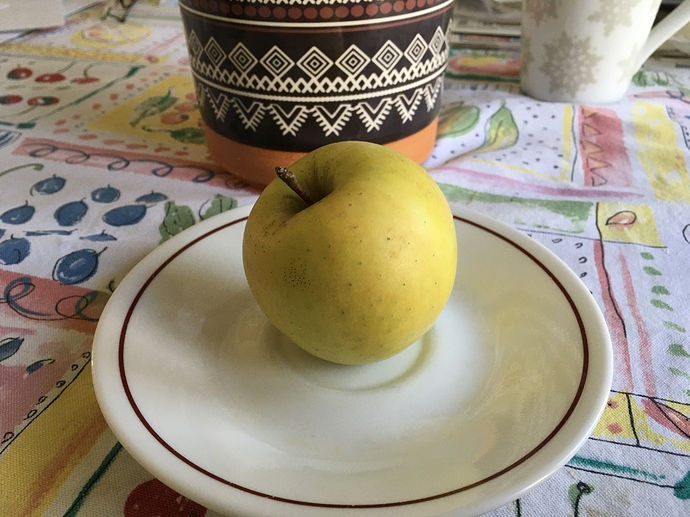 I have a few more in the refrigerator that were harvested last month. Will cut one tonight to see if it is good.

Compromised because it was not picked ripe or because it went through the low 27-30 temperatures? Mine do not turn yellow yet, just few of them, but I picked them before the first frost.

I planted a Gold Rush last spring (along with) Akane & Hudson Golden Gem. I have goumi bushes (red gem, sweet scarlet) planted between those (nitrogen fixers).

They all grew nicely first year.

We often get our first frost late as early as late October… but this year we only had a few minor frosts in November, and first really hard frost was in early December.

I was still harvesting raspberries and CH Figs on Dec 1 and Dec 3… Dec 3 was my last harvest of those this year.

So I suppose when my Gold Rush does start producing… I may have to harvest anywhere from late Oct to early Dec… depending on when first hard frost comes… The catalog said ripe in October… but sounds like you need to let them hang on even later if possible.

I saw a guy on youtube eating one in March that he had kept in cold storage all winter, and he said it was still a very good eat.

If I do get some fruit set this year or next I will have to keep this thread in mind on when to pick.

The ones that went through 27-30F several times (but never below 27 F) are in two categories.
Those with 75% or more ripened when picked - good to very good. They can turn yellower in storage.

Less than 75% ripened when picked, not good. We ate a green one, It tasted like an unripe apple (a spitter). I don’t think it will ever turn yellow.

So, it depends on how close to ripen they are. The closer, the better, of course. I have many that are still green in storage after 2 months. I don’t have hope for them.

@mamuang The only Goldrush fruit I’ve seen for sale in our area were picked green, like you describe

Murky,
@ramv’s GR was so green but he said it tasted great. Maybe, long hanging green GR does help it taste good. Any of my GR that is that green tasted unripe.

For mine to taste any good, they had to turn some yellow, the yellower, the better. Unfortunately, this past harvest, none of mine was very yellow.

For mine to taste any good, they had to turn some yellow, the yellower, the better.

I can eat and somewhat like a GR before they get yellow but when they take on the golden yellow look they move up to excellent and they don’t last long at our house.