My concern is for what the neighbors might think. I could get by with one or two squirrel carcasses at a time, or I could dig a slip trench to bury them in the back yard, but I anticipate the need for disposing of several dozen over the course of a season, and that would certainly cause talk. The take-offs and landings of buzzards would, too, come to think of it.

Just wondering why not eat them? They are very good especially in stew.

had squirrel gravy over biscuits. very tasty and easy to make. saw my 1st gray squirrel ever, in town, 2 weeks ago. i hope they take off. been planting red oak acorns at the park for years. some that took should start to produce nuts in another 3-5 yrs. that will give them a good food source. they were in Ft. Kent , 20 mi. away , around the university 20yrs ago. must have slowly migrated over. you guys must think im nuts but i love hunting gray squirrel. i think they will mostly stay in towns where people have planted red oak in their yards. not much else for them in the wild other than the beaked hazels which they would need to compete with the reds for.

We almost exclusively have grey squirrels. An occasional Fox Squirrel will show up and they are illegal to shot. Fox is Much bigger than the greys. I have a lot of white oaks that are prolific producers of acorns that all the wildlife love. I’ll grind a bunch for my chickens this year too…

Just wondering why not eat them?

There’s a thought! I’d have to do away with them in a Kosher manner of course. It would be a means to get more protein from my orchard. How can I prepare thee? Let me count the ways.

P.S.: I note from my previous post that the correct term is “slit trench.”

Cold down in the low 30’s last night. He has an eye on a carcass and his wings in the sun getting that body temp up to fight for his food 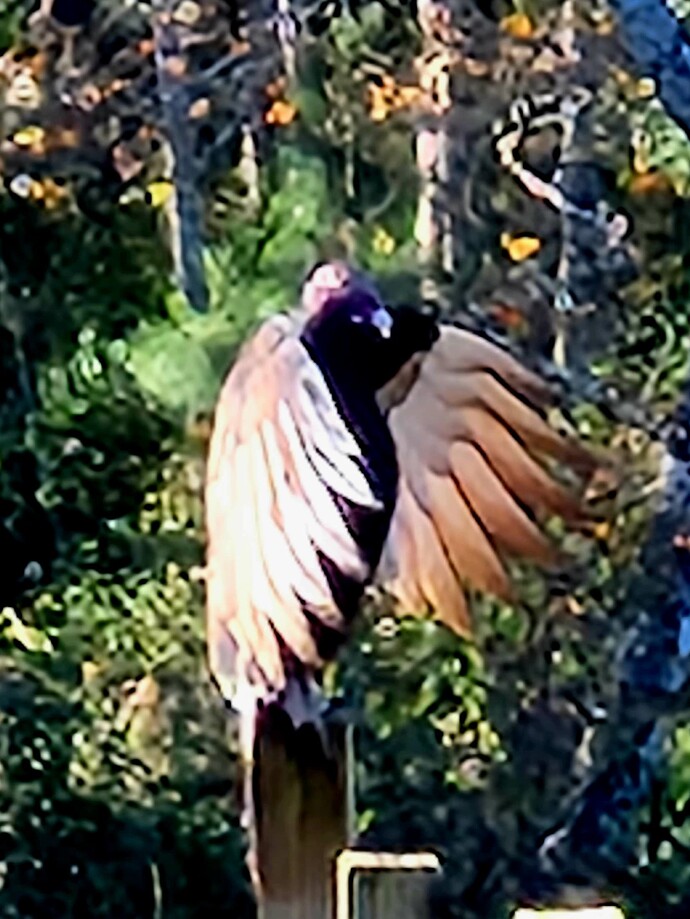 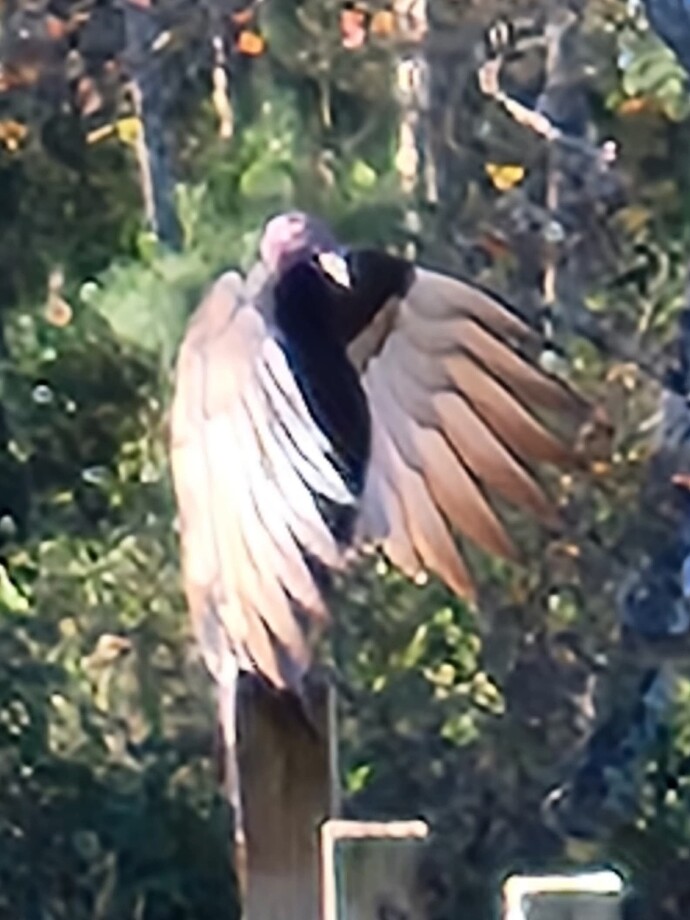 The common sparrow is a clever little bird in Kansas. It is very hard for the predators of the air to kill them unless they catch them out in the open. Falcons come here once a year to hunt but most of the time only hawks are the main predators. The population is well under control but they reproduce quickly. Starlings are given to overpopulation. The predators or worse have decimated the starlings. Have not seen a single starling. We don’t miss them. Notice the sparrow gets in thorny brush here at my house and hides. This is beneficial to me in numerous ways. Those sparrows, bluebirds, cardinals, finches, bluejays, thrushes. Oreals, mocking birds etc that hide in that brush leave their droppings behind fertilizing my brush eg aronia, blackberry, raspberry etc… 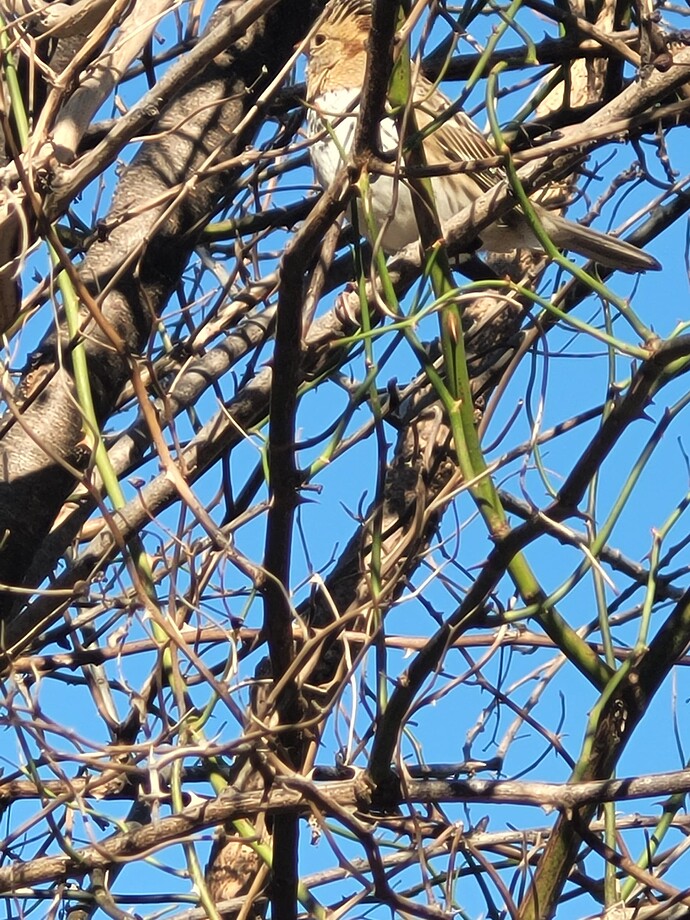 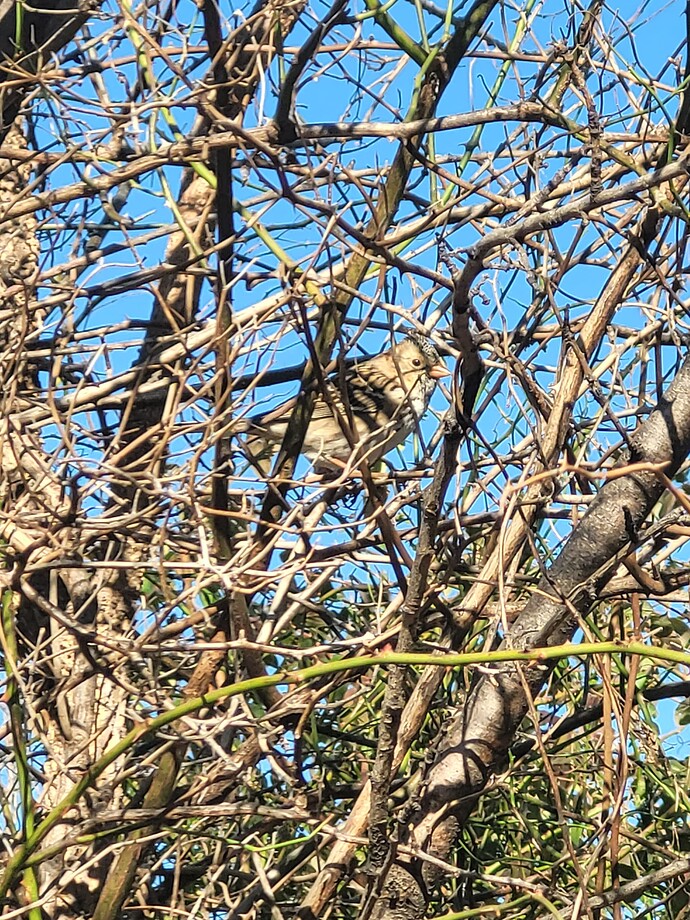 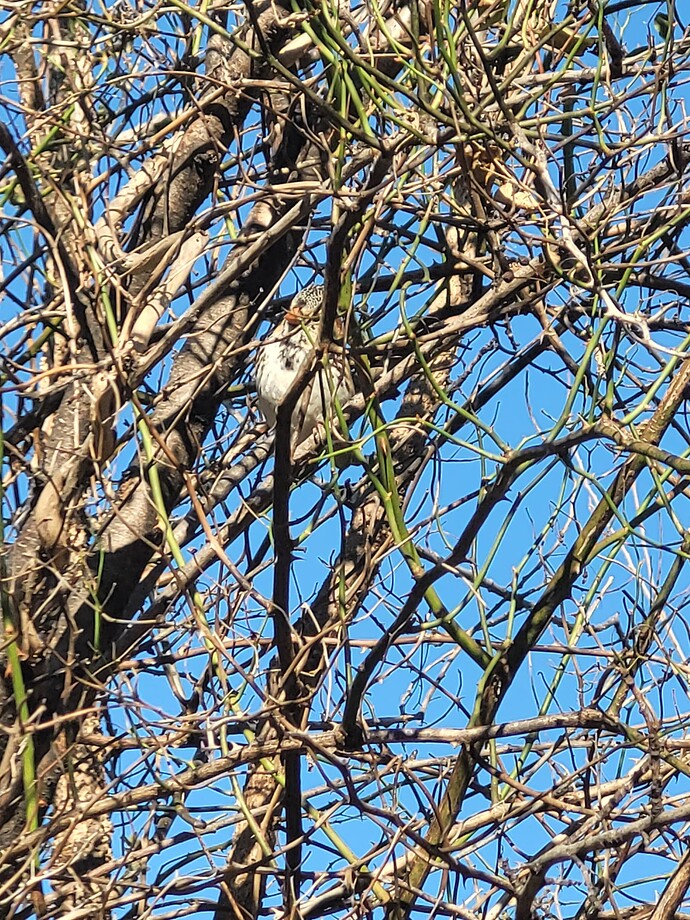 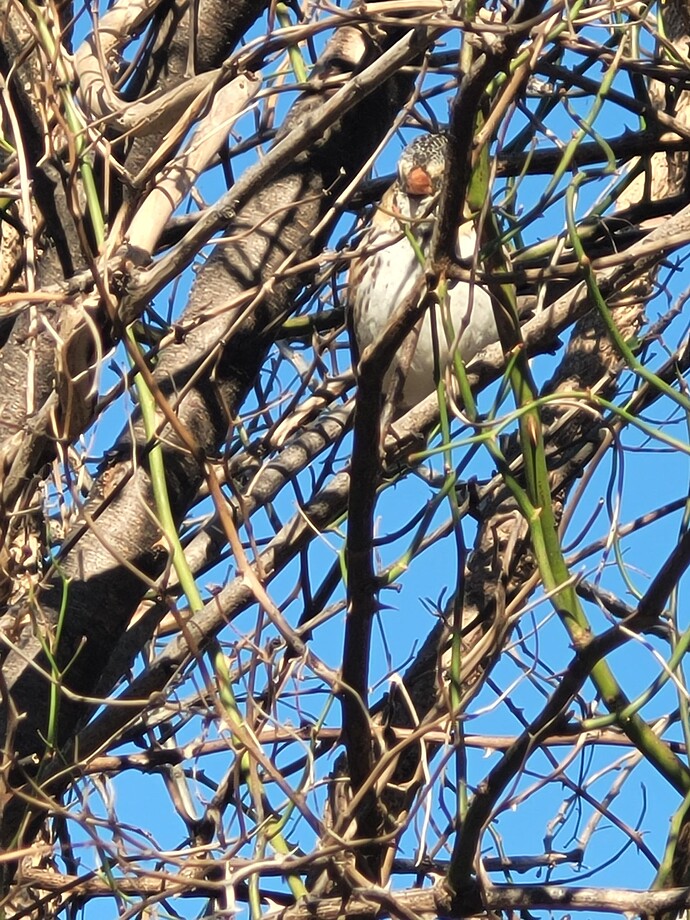 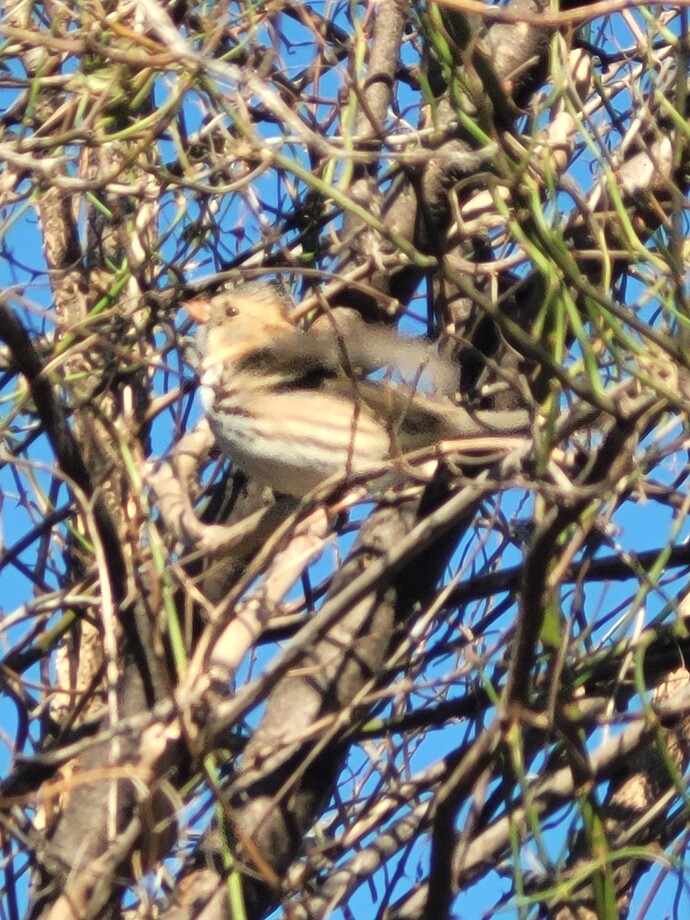 they also feed on insects that eat such plants. we still have tons of starlings/ grackles here. they will come in big flocks. feed around in the yard for a bit then fly off. ive never seen them touch my fruit but like i saw last summer with the crows , that could change.

The starling used to come and nest here in early spring consuming large amounts of mulberries and juneberries. They attacked other birds.

Looks like you have a good amount of multiflora climbing that tree. It’s nasty stuff and will spread by root to other trees.

Yeah, that’s part of those “benefits” the birds drop under the trees!!!
It’s not just poop. The poop has seeds by the dozens that remain viable.

Just hit it with herbicide and move on or wrap a chain around the roots and drive off. 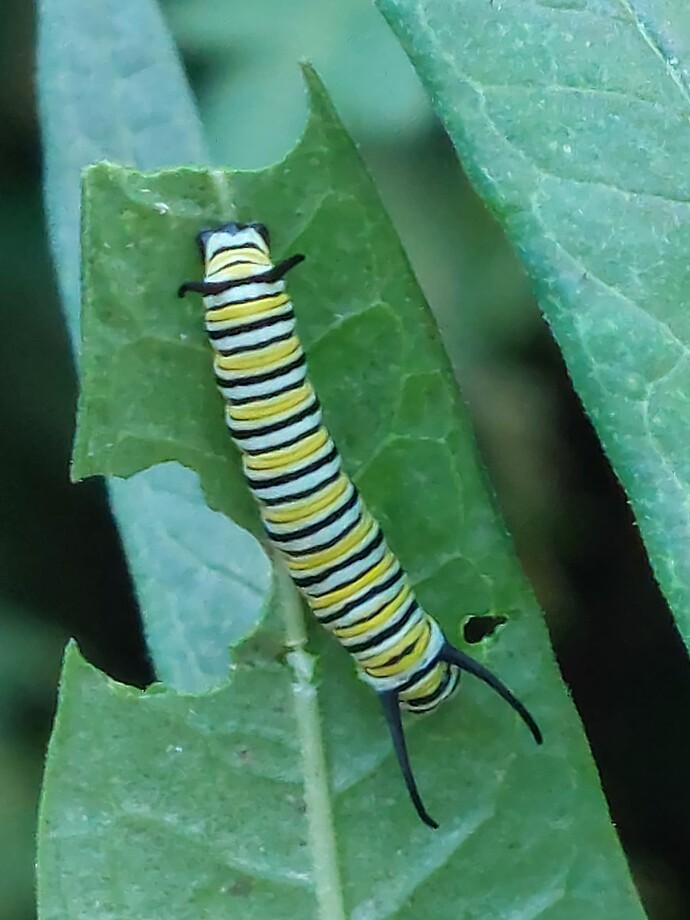