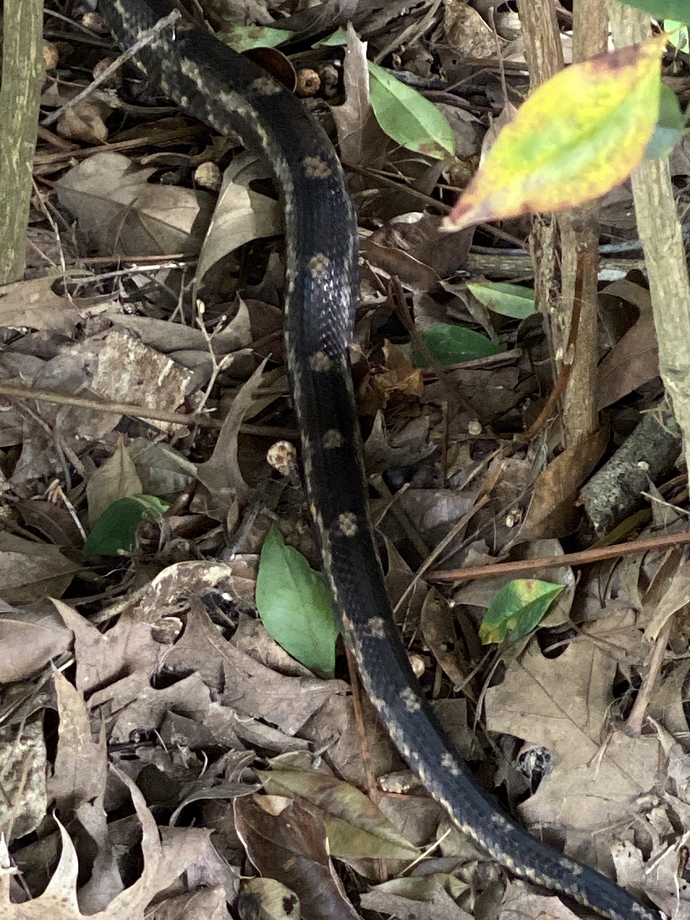 I couldn’t get all of him because of landscape. About 3 1/2 feet. Texas Rat Snake.

Picture doesn’t do him justice for how pretty he was.

That is very very cool! It’s a pretty caterpillar and a stunning moth!

Our snakes are tiny, at least the ones I’ve seen. I think they are the ones more likely to be the meal in an encounter with rodents

that small? Let us know if you need some larger ones!!! Lol

As long as they aren’t venomous, I’d welcome them. 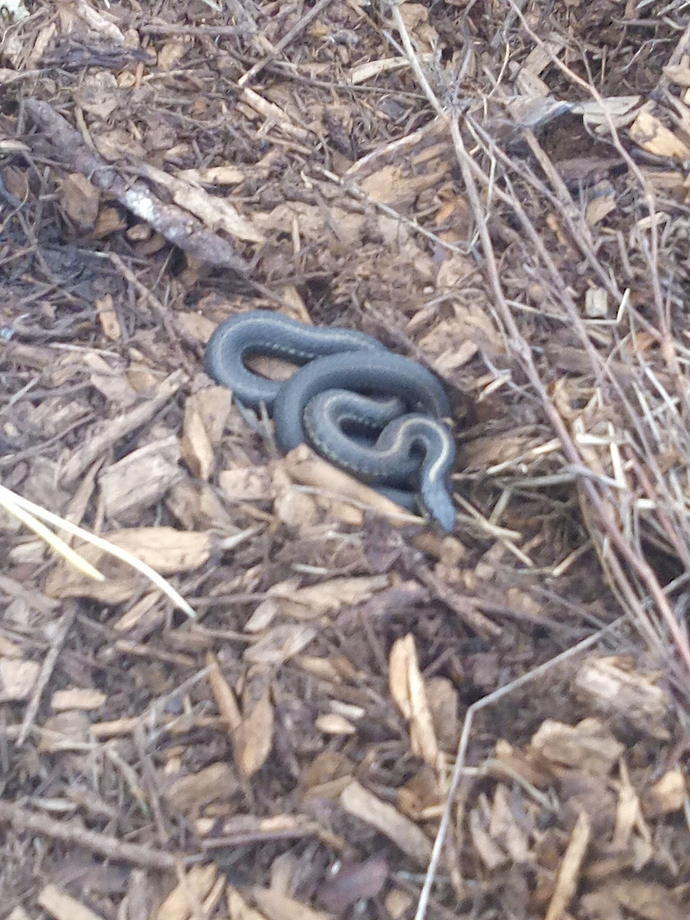 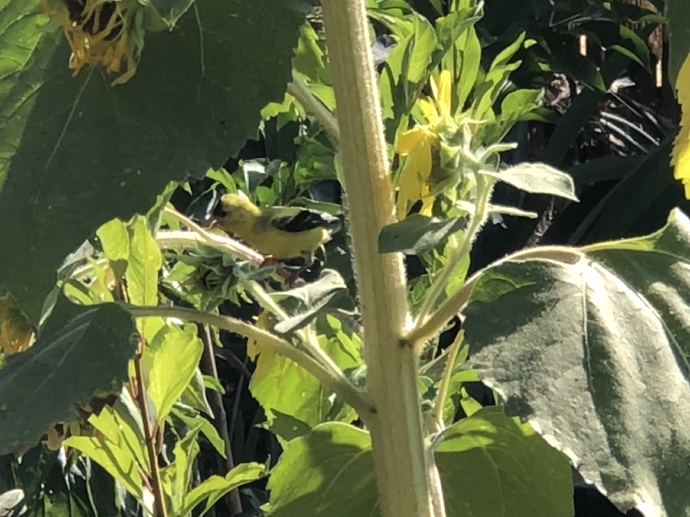 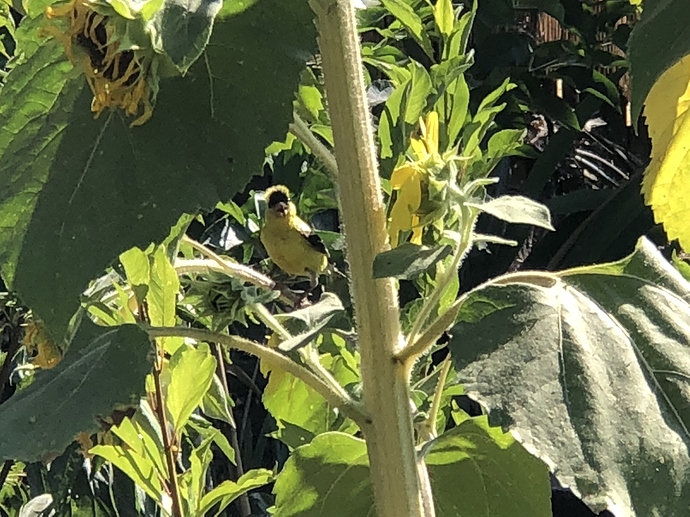 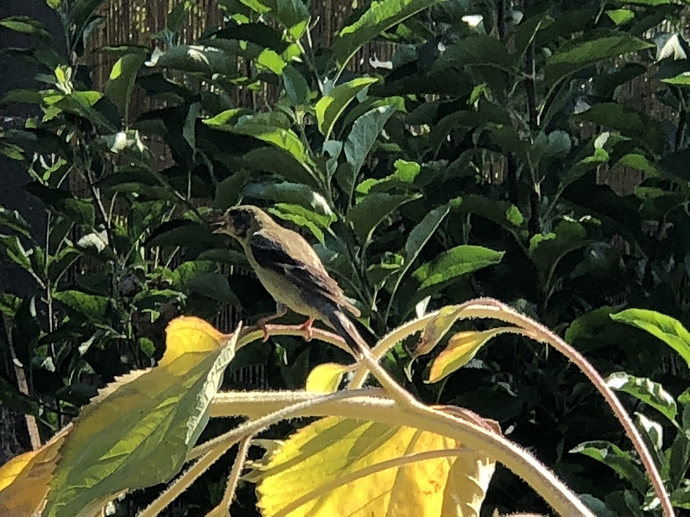 Am. Goldfinches panting in the heat. Not surprising to be the state bird of several states across the continent.
I once lived in a part of California where all three goldfinches lived: American, Lawrence and Lesser (green-backed in that region). Perky!

The minute the sunflowers start maturing they show up. They love sunflowers.

Sorry for that happened. 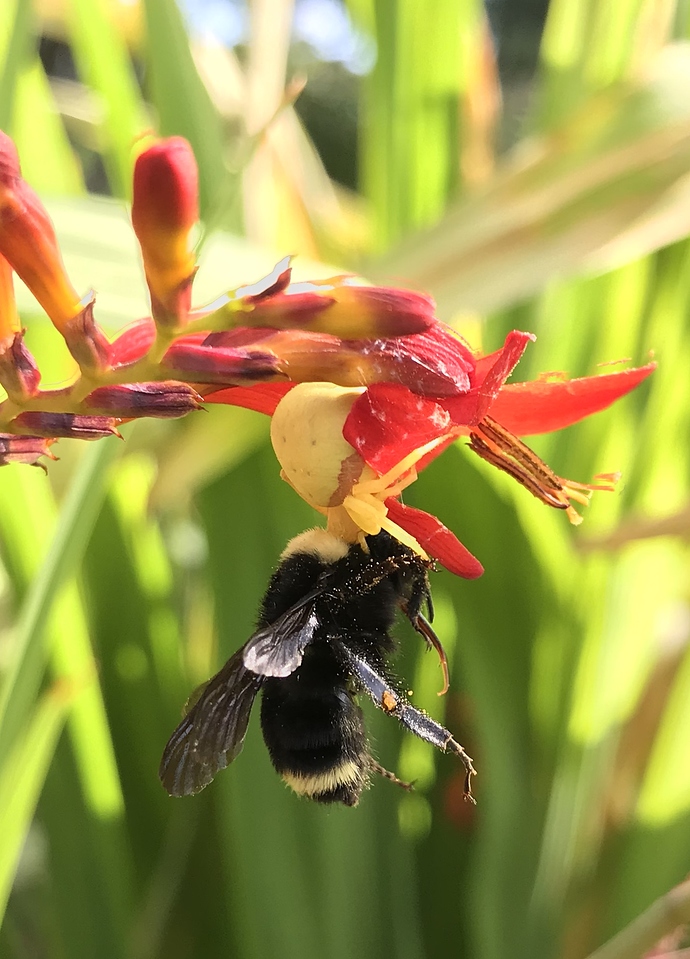 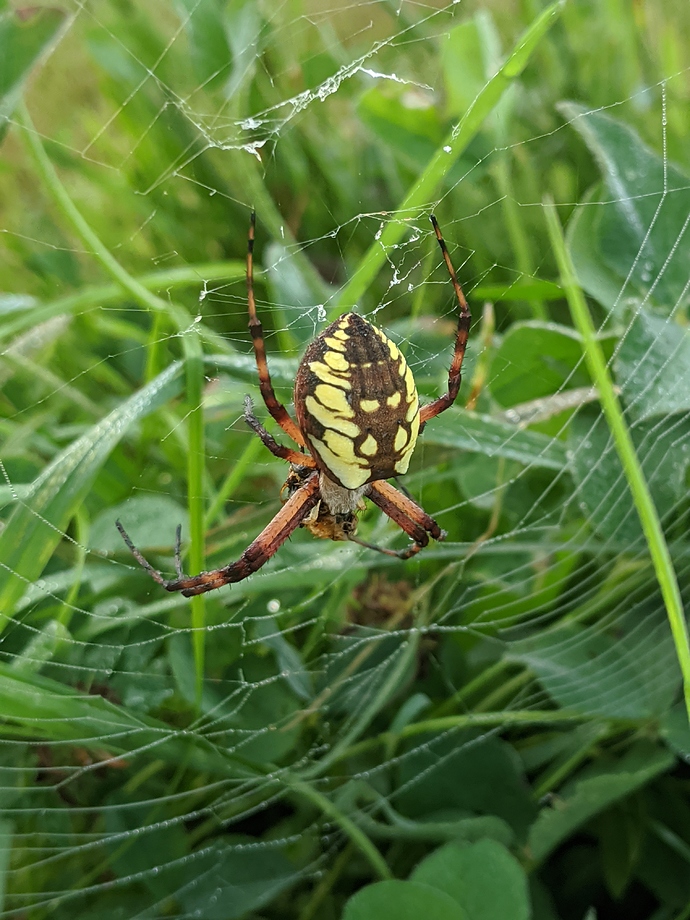 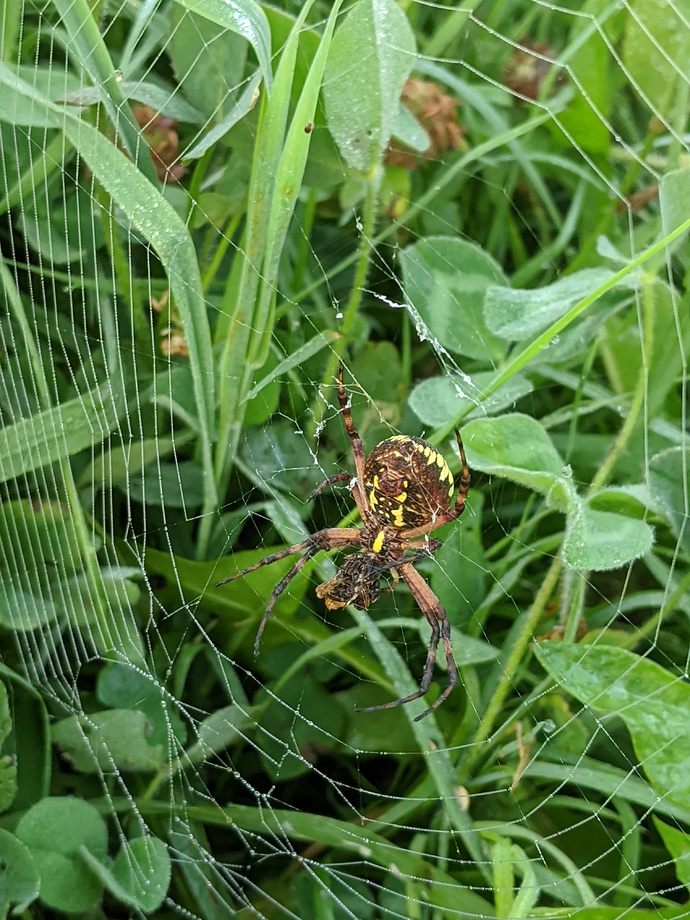 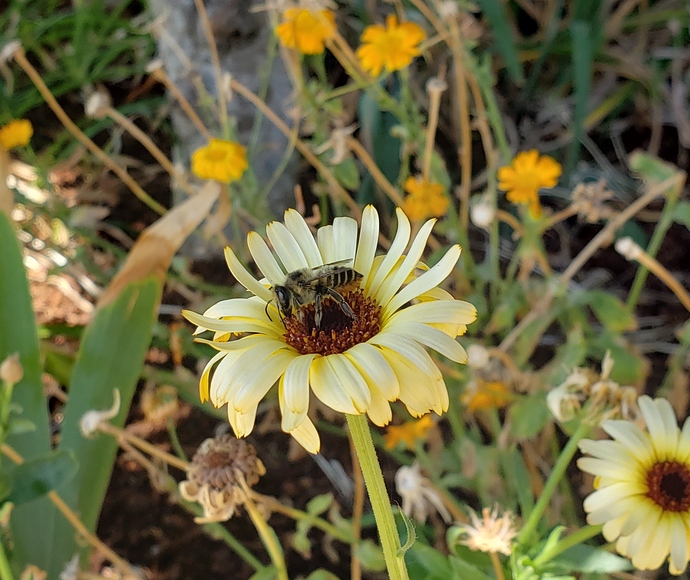 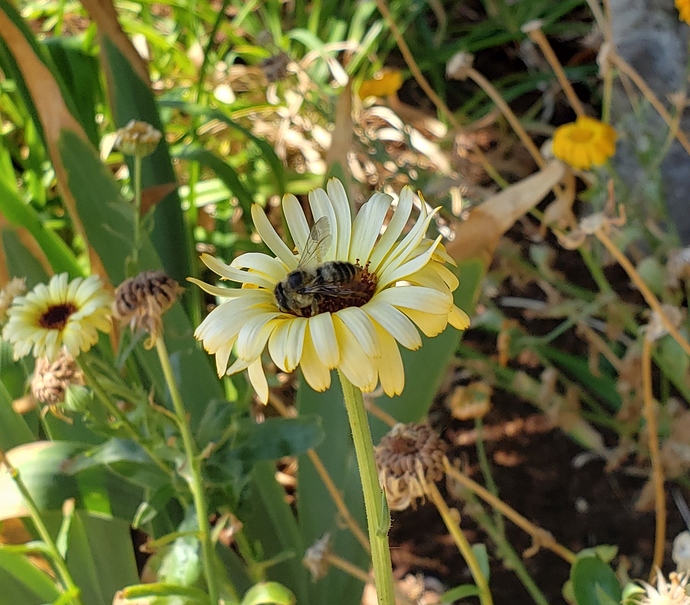 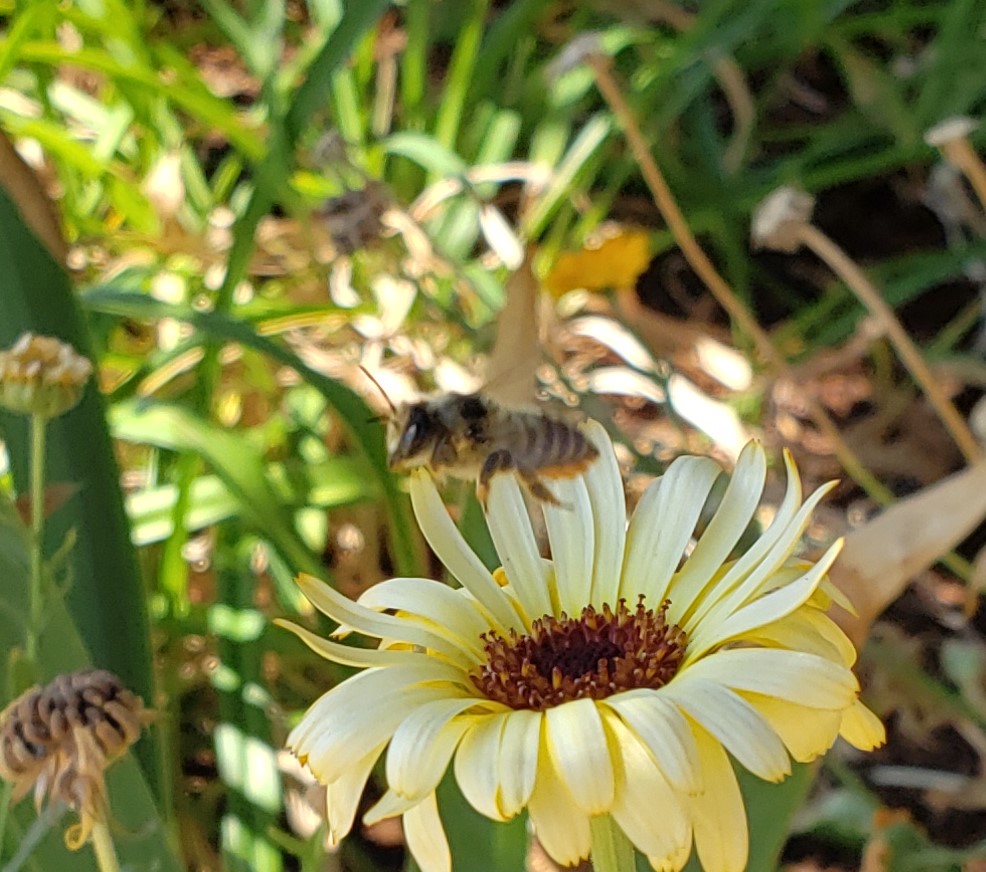 Believe it or not, this apple tree actually is alive- I grafted to a low limb years ago and that limb grew to a large "tree’ that looks like it is growing off a limb. Meanwhile, you can tell the main trunk is in bad shape when birds can drill large holes and nest in it! haha. But how cute are they?!? I don’t know my birds well at all, but mom and dad are some kind of small blue bird. 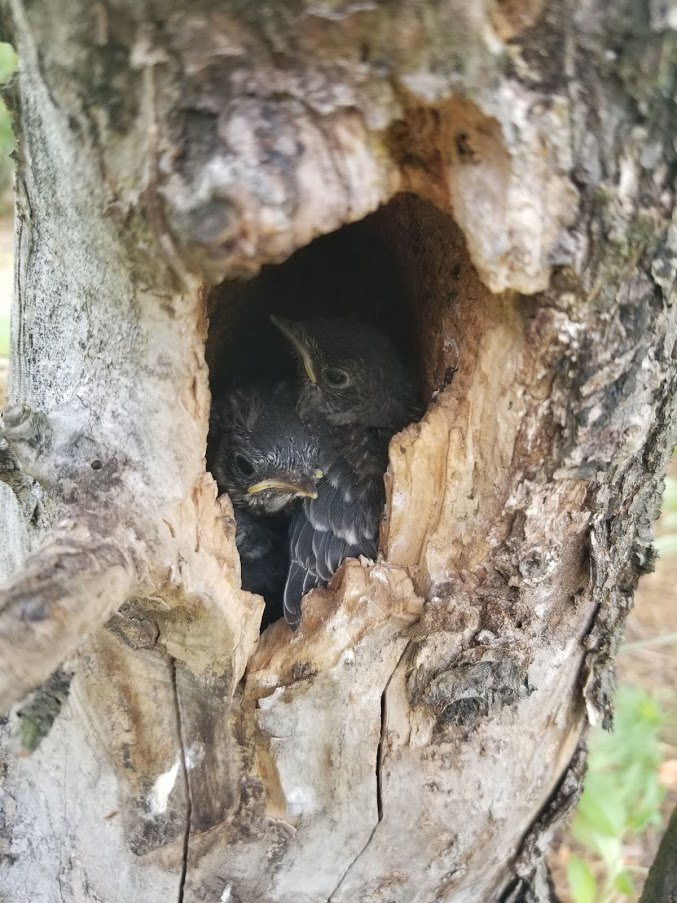 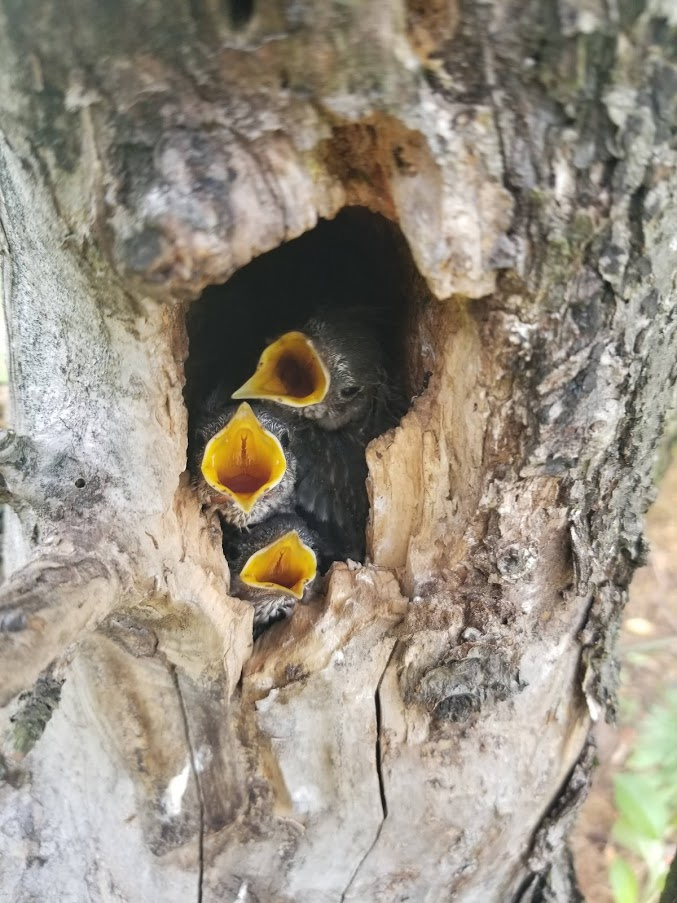 here is a shot of the tree- see…it still has some life left (probably not much, and its an OLD tree) 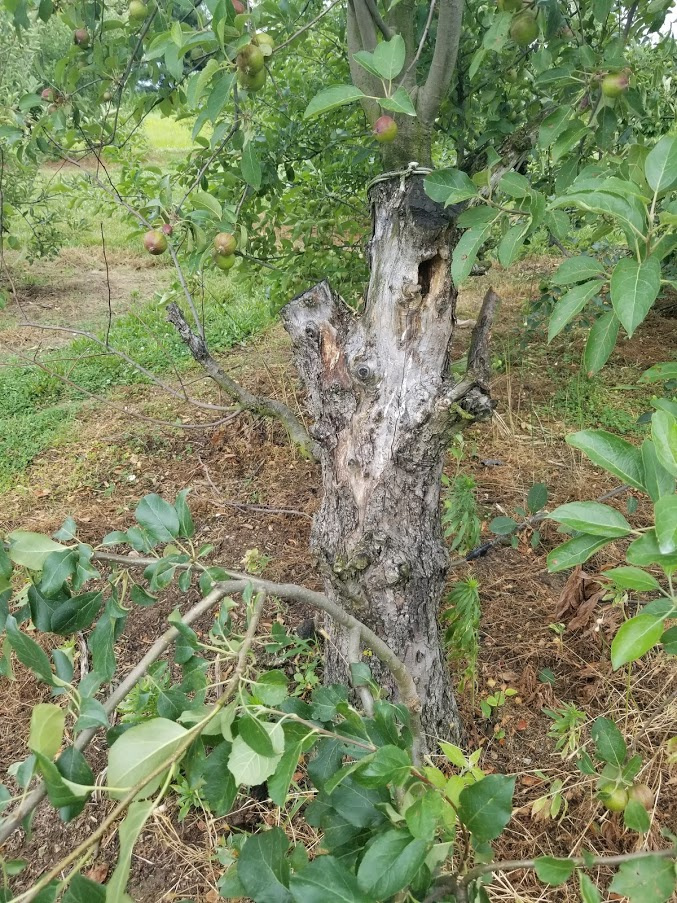 Like many others here, we have yellow garden spiders. This one built her web between tomatoes and basil. Not very convenient spot for me, but i love these spiders and pleased to have her here. 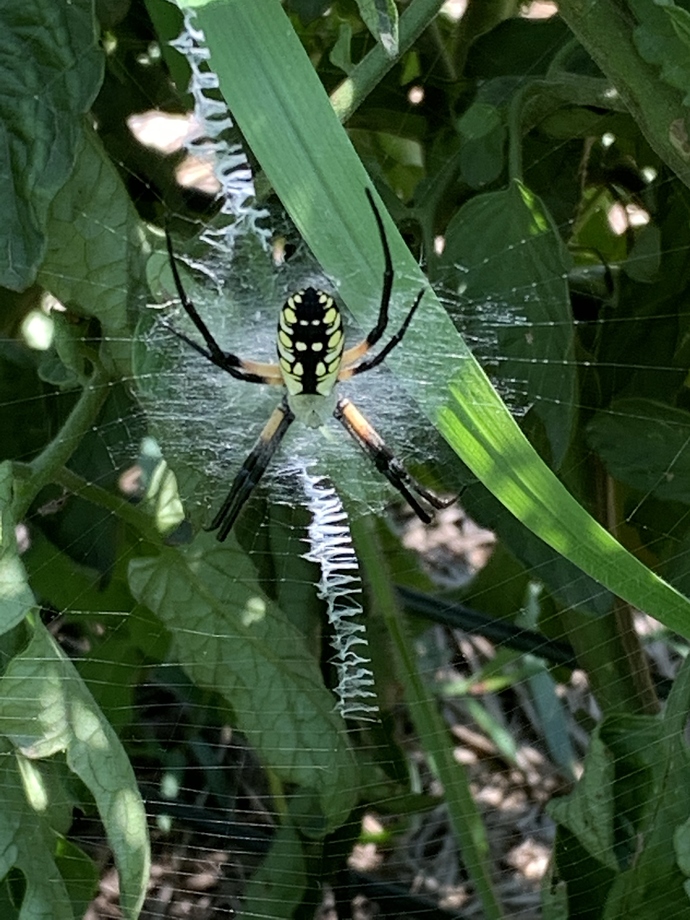 I love those spiders too. Around here everyone calls them “morning glory” spiders for some strange reason but I’m sure that is technically incorrect. Garden Spiders seems the more common name. They are really big but, at least for me, aren’t as “scary” as a lot of spiders for some reason and I have a positive feeling about them. Another common, large, web builder here are called “garden Orb weavers” (I think that is a somewhat common name for them). They are also large, catch lots of bugs in their web, are non poisonous and do just as much good as the one in your photo, but for some reason I find them a little more frightening- odd as that sounds. Maybe because they seem to build webs at face level in areas where people walk, and its a little disconcerting to get that web on your face and know that big spider is probably in your hair or on your back or whatever. ha! I had one this summer that was almost like a pet…he/she would build his web on my back porch in the same spot every single night. Then in the daytime he would always hide in the same spot under one of my porch rails, then come out at dark and rebuild his web. I would actually catch moths and throw them in his web just to watch him climb down the web, grab it, bite it, wrap it in silk and save it until later when he’d suck the juice out and throw the body out of the web. Like my own little wildlife documentary. Spiders are neat, even if I’m not completely comfortable with them!

I know exactly what you mean @thecityman. For some reason, these garden spiders seem more “friendly” and less scary than other spiders. I have been know to catch some insects for them to watch them work as well

Funny. We call them Banana Spiders.

Banana because of the yellow color?
I wonder where “writing spider” would have come from? A Charlotte’s Web spider? That one was not yellow and black, if my memory is correct. Interesting name for sure!