The spider species in “Charlotte’s Web” wasn’t specified. She could have been this species depicted or what is commonly called a barn spider - a member of the Araneus genus. Out my way the garden spider you showed is rare or extinct. I haven’t seen one since my youth. The regional species of Araneus has large corners, for lack of a better word, on the upper abdomen, makes glossy pink-peach egg cases and the spiders range from gray to almost Guernsey butter to ruddy pink.

Their numbers are shrinking, also; in town anyway.

Sometimes the wildlife gets the harvest before we do…they burrowed into my potato buckets as well. 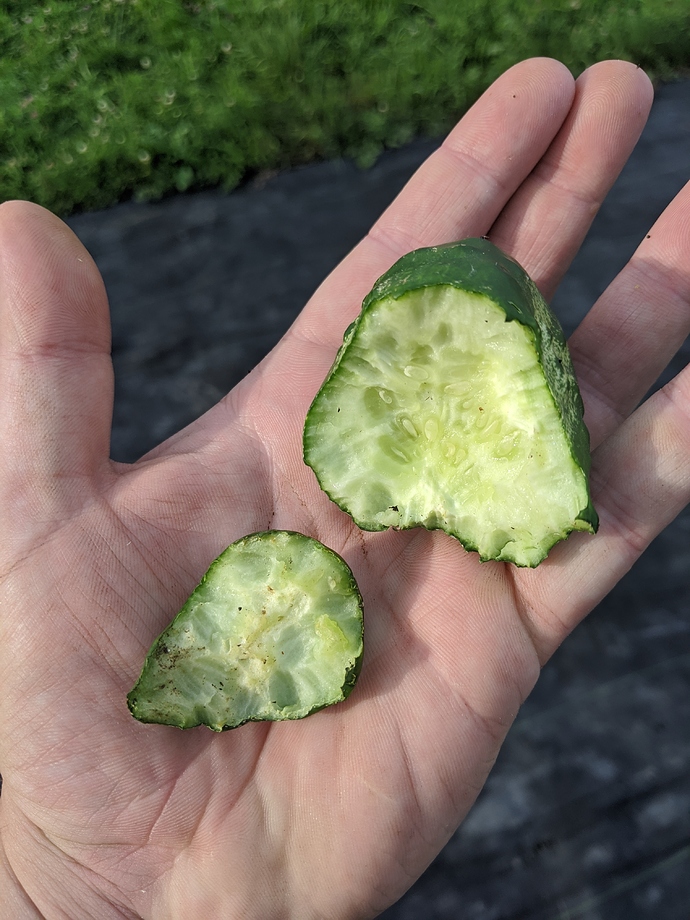 I had to mow most of all my stuff down from so much deer damage this year. So much was a complete failure after multiple attacks I just mowed it all down.

I luckily took the time to set a deer fence this year, it would be impossible without it for sure…but it’s clearly not rodent proof

Guess I’ll have to think about trapping next year

I’ll be retired within a few years. My 17hmr will get heavy use on rodents. I’m thinking Im going to have to invest in deer deterrent too.

I’m thinking Im going to have to invest in deer deterrent too.

Not really wild, but this is my guardian of the back yard. His right front leg is deformed so he can’t climb up high, but he keeps walking birds from the ground. I didn’t know we can toilet training a bearded dragon. He waits until we set him out in the morning so the tank is clean. 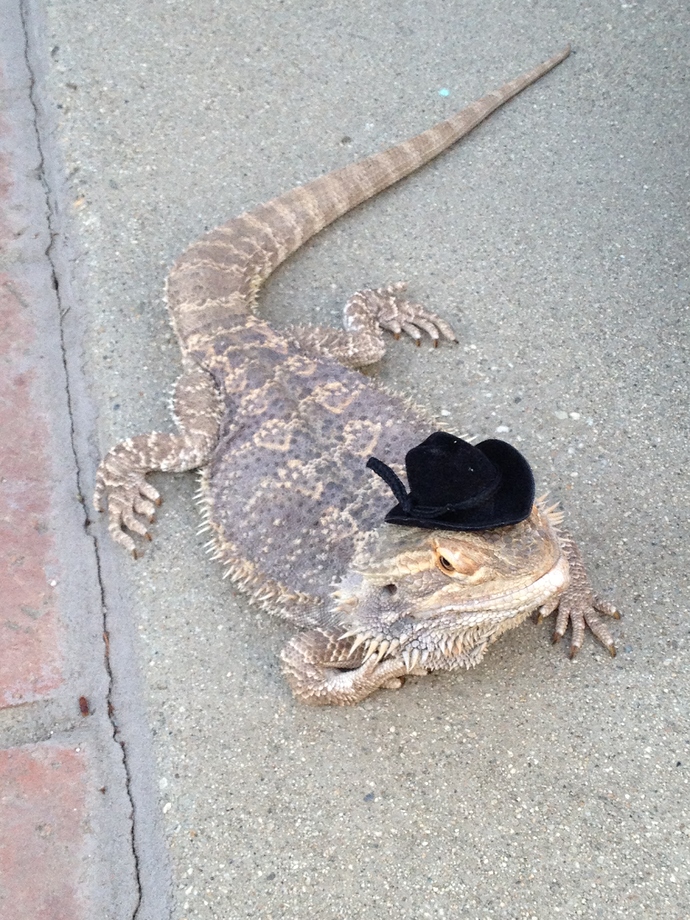 Very cool. Was he born with that bad leg or was it from an injury at some point?

BTW, I don’t speak bearded dragon, but I’m pretty sure the look on his face is saying “I’ve got a great owner, but for the love of God I wish they would spare my dignity and not put this humiliating hat on me for photo ops”. haha

My daughter got him six months ago when he was about 3 years old. He spent the first year in a box under some kid’s bed because they had cats. The next two years was with her coworker’s parents. When they no longer wanted to keep him, my daughter bought him from them.
He was a big mess when I first saw him. My daughter took him to the vet and all, so he is much better now,
You know how the new generation lives. His online account has many followers. She is actually very protective of him, and only put normal pictures online. He seems to know a lot and has feelings too, which is weird. BTW, that is a cowboy hat, not a clown top, so I don’t think it is humilating.

I only wish he can bark like a dog to answer, when I go searching for him many times a day to make sure he is safe, He blends right into the surroundings. And no, my daughter wouldn’t even let me think about tying a tiny balloon on him. I was only joking. I am really glad that she got him instead of a snake. She got a new job close to my place and will be gone all day. She and her pet are staying with us so I can feed him veggies and water during the day. She tries to offer him other stuffs after work, but I think he feeds himself in the backyard.

i used to have a Colombian red tailed boa named Ozzy . she was 8ft. and 55lbs. on sunny warm days id put her on the lawn. one day a robin thought to check her out and got too close. didn’t have to feed her that week.

That is amazing! And he is a good dresser, too!

Thank you. My daughter was so happy to see your comment. She loves her pet very much.

This is the first online post I showed her. She didn’t read my posts. She knew I took picture of her pet after I found the cowboy hat. She has her own life, and we respect each other’s privacy. Thanks again for the kind comment.

That is really awesome. And I was just kidding about the hat humiliating him! But I’m still curious about his leg. I wonder if he was injured (sounds like it might have been a cat if so) or if he was born with that deformity. Are you saying you take him out side and let him be free and he doesn’t wonder off? Sounds like your daughter takes great care of him but I still would have thought he’d leave- maybe even not on purpose but just wondering away. And yes, I’ve never had a reptile pet but if I did I’d think a Bearded Dragon would be far more fun than a snake. No offense to snake owners- to each his own.

There will probably be trailcam pictures coming later. Last year a gang of raccoons shamelessly stripped my apple and plum tree, so I put up some flashing today. 20" high x2: 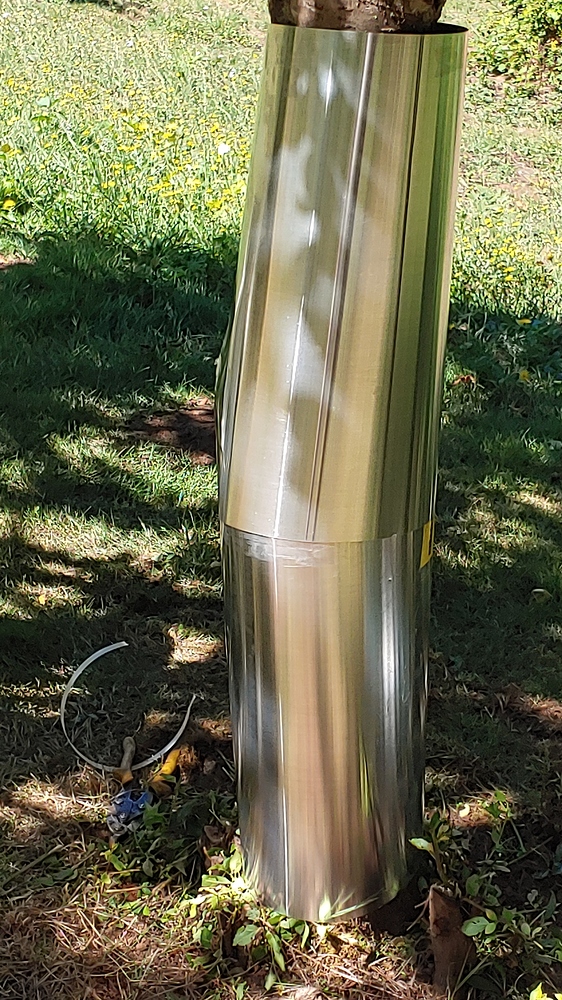 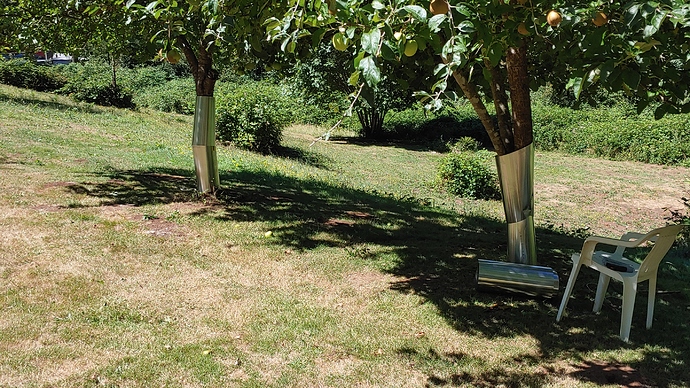 The vet said it was some form of metabolic bone disease. He needs UV light whenever he is not outside, especially during winter time, to absorb calcium. He only needs the heater at night when he is sleeping. He only has a few teeth left in the back. He has calcium and vitamin supplement every other day. I tried to make a sling to stretch out his leg, but he didn’t like it.
His muscles improved quite a bit recently. He can pull himself up on the paver, about 6" high. I don’t really like to see big snakes in the backyard so the gates have the extra 1/4" hardware cloth down to the ground. We had that in about 10 years ago when one of the turtles got out. Luckily he went into the garage of the house across the street. The bearded dragon can’t climb on the wall because of his front leg. He can wander anywhere in the backyard, but can’t get out. I make sure no other animals can get in or out during the day either.
He looks grumpy but really just acts like a kid. I think the phrase “out of sight out of mind” applies well to him. Whenever he doesn’t like anything, he just runs away for about one foot then relaxes like nothing happened.
Taking care of a bearded dragon requires a lot of time because he can’t even drink water by himself, that is the way they are in nature too. It is not the pet you can just take home because “he looks so cute”. I am glad we have the means and time to care for him. He kind of grows on me, even though I still can’t pick him up yet.

I love it! Didn’t know they were so much work. I think I knew you had turtle(s) but had forgotten…sounds like you all have some neat pets. Now what is this about you not being able to pick up the Bearded??? haha

The only “living creature” I can touch is human, nothing else no matter what . I don’t know why. It doesn’t mean I don’t love them or think they are cute. 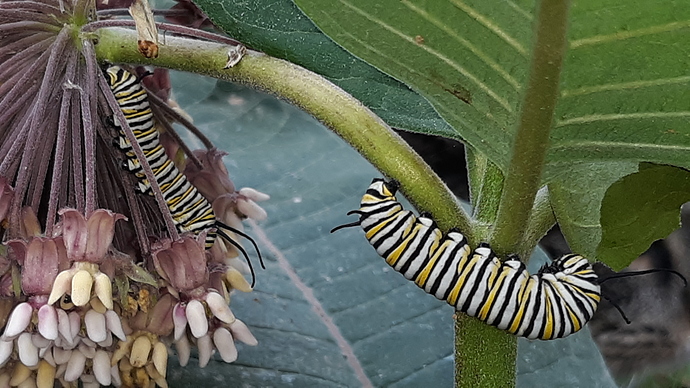