They climb right over mine. I’ve got one with two more cubs again

I see these once or twice a year in the yard 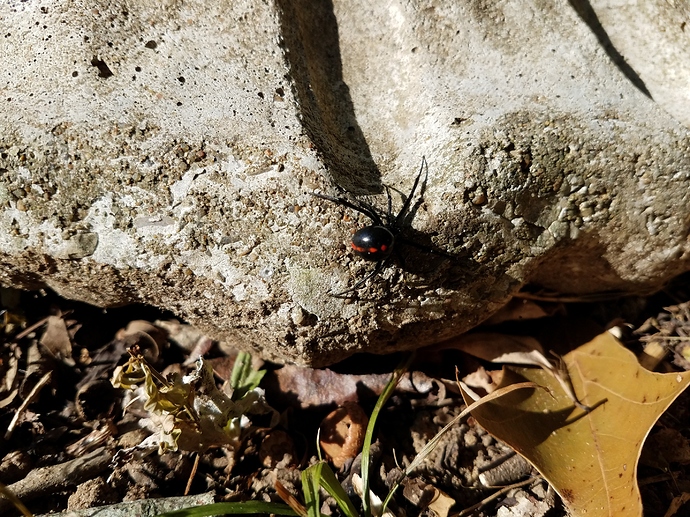 I find them too around the horse troughs and the half barrels I use for potting mix. I really do hate to kill them but the black widows are just too dangerous to keep around. I once took care of a man bitten by black widow. I will never forget it!!!

Been clearing some overgrown grass inside my hoop house and the first day I kill 65 black widow spiders, I’m still thinking on going back to finish it. 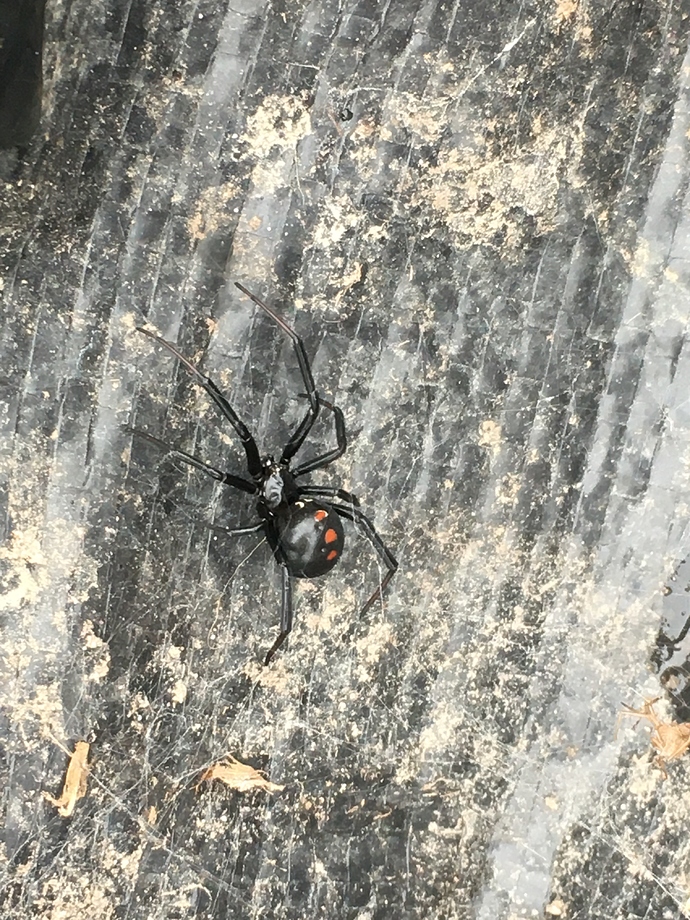 Not in the garden but really cool! Carrying his dinner to a special place!! 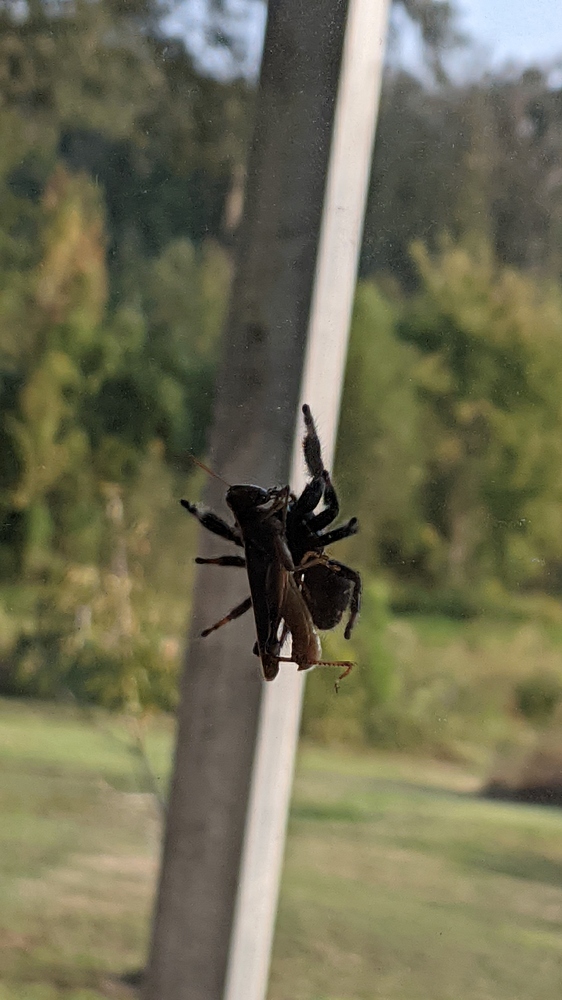 Tree frog in the muscadines. 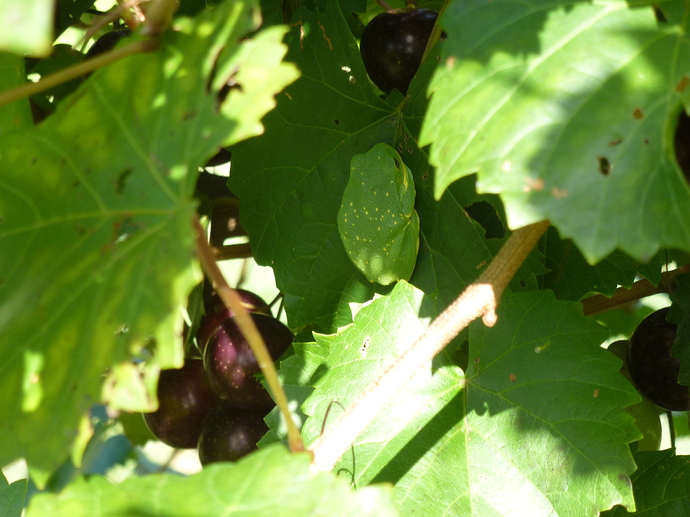 Found this golden rod at the edge of my woods today. The pollinators are still going strong. 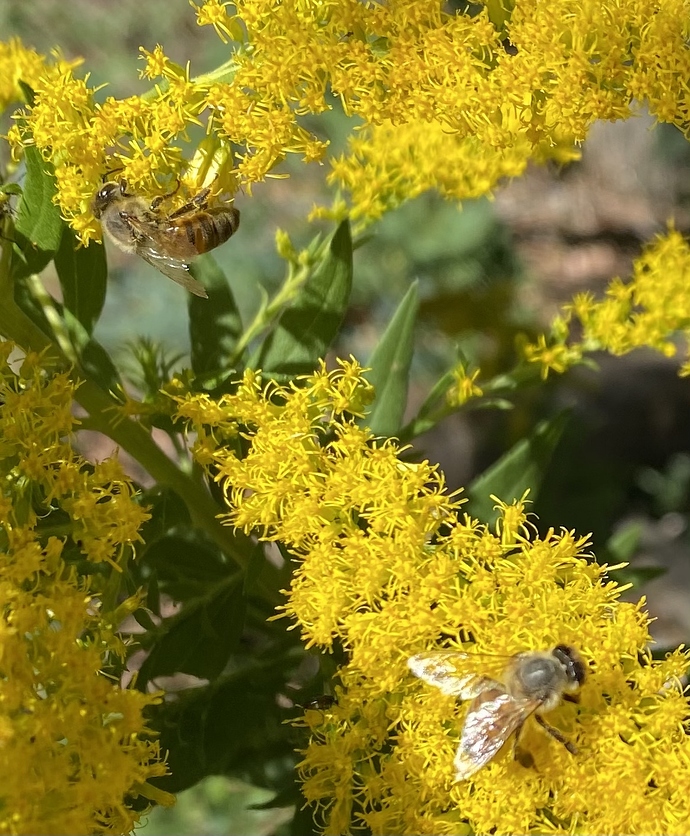 I couldn’t get a picture because it happened so fast . . .
but I was pulling into my garage and saw what appeared to be an otter (!) running from my Chicago Hardy fig - to a little crummy shed where ‘something’ had been burrowing and displacing tons of dirt to make a home! But - I doubt that it could be the otter that was doing that . . . more likely a ground hog. ? However . . . maybe it wasn’t an otter, after all. I do know it was some ‘weasely’ shaped animal - who ran like an otter - had a skinny tail like an otter - was the size of an otter . . .

If it 'smelled ’ fishy, like an otter . . . I guess I could be certain! But - we were not that warm and fuzzy on that day . . . so I cannot vouch for how he/she smelled. I only recently heard about another native animal - much like an otter - called a ‘Fisher Cat’, around here. Officially, they are called fishers. (But in Virginia - they always seem to want to butcher names of things.) They look nothing like a cat. But, also very weasel-like - with bushy tails. The one I saw had a skinny tail. And we do have otters that visit a pond on our property . . . but I’ve never seen one out in the open, like that, before. Any ideas?

fishers are bigger than otters . think fox size with shorter legs. they are generally forest animals. from your description its sounds like a otter. esp.if theres water nearby. fishers are cousins of the wolverine and can be nasty if cornered. seen a fisher and a coon ago at it at a bear bait station. the coon was a killed.

Probably because she was going the other way, lol!