I know there were several grafting tool threads on GW and I have just reread all of them. But I thought it might be helpful to have one here. Also, none of the previous ones were specific enough for me so I hope some of you will help me out.
I know most of you advanced grafters seem to prefer some type of “regular” knife and/or a box cutter/utility knife type instrument. But with my horrible success rate last year I at least want to try one of the inexpensive tools. Specifically, I am leaning toward an omega grafting tool. There are a lot of them out there for $25 and under, and at that price I am very much willing to give it a try and won’t feel too bad if I never use it again.
There are dozens of omega grafting tools out there. A simple search for Omega Grafting tool on amazon brings up scores of them ranging it price from $14.99 to $99.99. Do any of you have a specific brand and/or supplier of an omega grafting tool that you have tried and/or have enough personal experience with to confidently recommend it? Or do some of you feel really strongly that there is some other type of tool in a similar price range (under $40) that you think would be a much better choice? In short, I’m interested in any recommendations or comments about inexpensive grafting tools, but especially looking for specific brands and/or suppliers. Thanks.

I used an Omega tool to graft about 200 Apple trees last year with good success. The tool works great, but the size of the rootstock and the scion need to match. I tried several ways of securing the union, but I had the best success taping the graft union with freezer tape as suggested by Tom Burford. Before using the Omega, I used a sharp grafting knife to make a whip and tongue joint but it required me to cut toward my hand which made me uncomfortable. Just one trip to the emergency for some stitches would cost a lot more than an Omega!

I didn’t want to start another thread for a simple question, so I guess I will park it here.

How does the bark lifter work on budding knife? Is it inserted into the vertical T-budding cut and pulled along like plow to separate the bark flap from the cambium? I’m trying to decide if worth getting one of these knives.

If you are referring to the little budding flap lifter on the end of a budding knife, then one would use it by slipping it in the bud flap at the top of the T and either slide it, or work it down, depending on how well the bark is slipping.

I lost a knife which had one of those on it bud flap lifters on it, and I sometimes miss that feature. A regular knife will still lift the bud flap, but it’s not quite as easy.

[quote=“Olpea, post:4, topic:298”]
A regular knife will still lift the bud flap, but it’s not quite as easy.
[/quote]I stick the knife blade in the cut and wiggle it a little to pop the flap loose, but sometimes the sharp edge of the knife butchers the cambium a bit. I think I might try making my own flap lifter before getting one of these knives. I’m not doing a lot of trees so it doesn’t need to be conveniently integrated into the knife.

A bud lifter is kinda nice, but the dull side of your knife can work too. My pocket knife has a sheepsfoot blade which is great for grafting, and the rounded backside does a decent job of lifting bark; would be better with a bit of sanding/polishing. (I think the “spay” or “spey” blade would work as well or better, but my knife has a punch instead.) Neat knife either way. 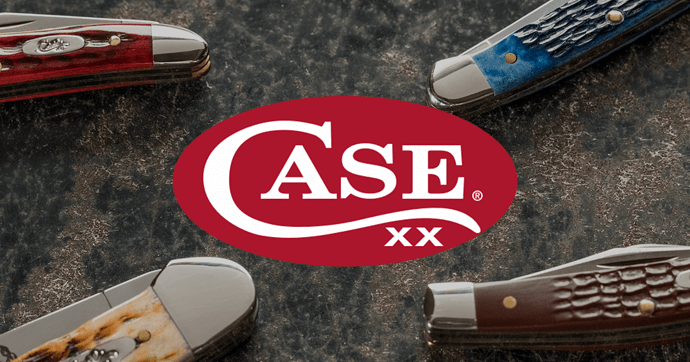 Case Knives | Built with integrity for people of integrity.

Shop Case knives, accessories, apparel, and knife cases. W.R. Case & Sons Company – built with integrity for people of integrity. Our knives are held to the highest standards by the people of Bradford, PA since 1889.

Had no luck with omega. I’m a world-class klutz, though. In my defense, the tool came with zero instructions. You have to root around the web to figure it out. 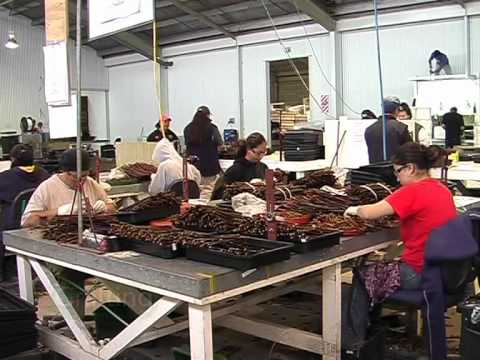 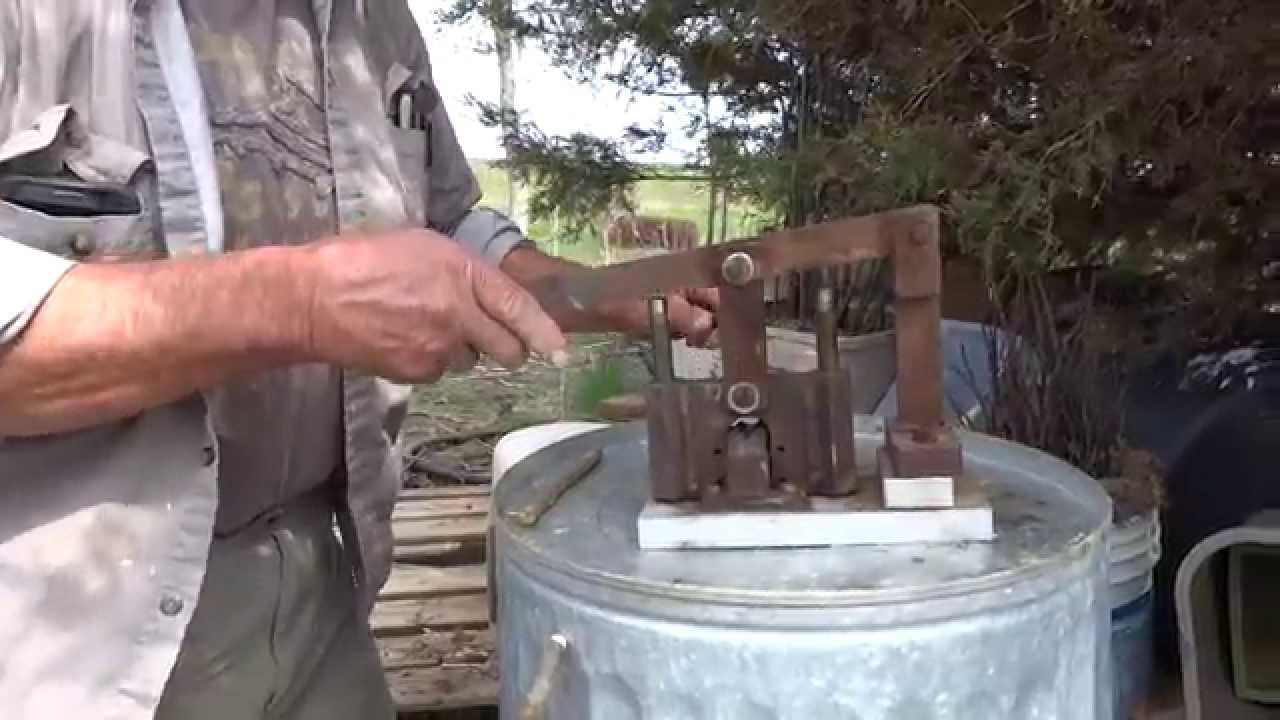 Look up Dax’s thread on the New Zealand clone grafting tool. It is basically a hand held model of the same tool, and can be found for for around 22.dollars if you search or around 50-75 if you prefer a different source…

Is this the tool your talking about? I like the one above for bigger stock. What I’m thinking of trying is saving a rabbit girdled tree by grafting the whole tree. My one year old Candy Heart is about one inch caliber.

That is the one. It will easily cut stock the size shown in the video.

I want to go a bit more in width.

That’s my buddy “grafting with machined tool.” He built it while he was working as a machine and tool die cast maker many-many years ago.

I have the 450$ Fieldcraft Topgrafter & the 22-30$ replicate. The 450$ tool will cut 1" wood but it cuts 3/4" cleaner. The replicate I can cut close to 1/2" I suppose but I had to use a round rasp file to notch out the top of the tool. If you look at the distance between the blades and the top of the tool that’s the maximum scion width that tool will cut. So I opened it up another 1/4". The Fieldcraft Topgrafter has a giant opening above the blades until it reaches metal. So that’s why the very less expensive tool needs that modification. Let me tell you for 30$ that tool is worth its’ weight in gold. It works awesome.

The omega tools cut the omega of course but “stiff” wood is tough to get complete contact inside the omega shape. a V cut isn’t difficult to wrap two scion and rootstock tight. You can’t do that with omega.

I didn’t watch the first video but I’m going to assume it’s the Topgrafter tool set up mechanically. The Fieldcraft comes as a manual or electrical set-up.

One more modification and this tool will be at it’s best. If you cut thicker than 1/2" wood the square opening above the blades will crush the top of the scion/bang it up good. I’m posting a photo how to remedy this. A Dremmel or some other grinding tool to make a rounded arch just less than 1/4" will do it. [image] @danchappell @MES111 @Stan @ltilton @txpanhandle1 @Olpea @at120 @markalbob Dax

Those are the four links from that thread you should look at. There’s a red one and a tan one. The guys say the red one is built better. You can get them on Amazon and Ebay all day and night.

I would like to make a holder for those.

My holder is a bucket.

It contains grafting tool, pruning saw, tapes, labels, cut to length twist tie, a board to put across the bucket to write the tags; band aids, bud strips, paper towels/cloth towels. I’m adding this year and a small spray bottle of rubbing alcohol to clean my knives and grafting tools. Pencils (many) a box knife to sharpen the pencils. And I carry a small cooler with scions and I bring a large cooler with a ton of scions, too.

Ditto what he said. This is the tool that you want.

Is the red one no longer available. I can’t seem to find it online.

I never looked for one. Go on aliexpress or alibaba and you’ll probably find one. Get yourself replacement blades at the same time. I bought (5) I think myself cause they were like 4-5 bucks each.