I went back to pick the leaf off now and found out whatever it was there is all gone now without any trace. Amazing, just overnight

Some predator insect must have gotten to them. There should have been some residue of the egg attachments to identify the leaf by.

If some predators got them them I am relieved. There were about hundreds of eggs if a bad bug and eggs were all hatched, I will be in big trouble. Interesting thing is there is no trace of evidence that place had so many bug eggs there the day before. If I didn’t took that pictures, I could be thinking I was insane

Im hoping somebody can come to my aid in identifying the ailment of my carmine jewel cherry bush. It has been a relatively wet spring this year so i believe whe is succumbing to a fungus of sorts, perhaps american brown rot?

Here are some photos 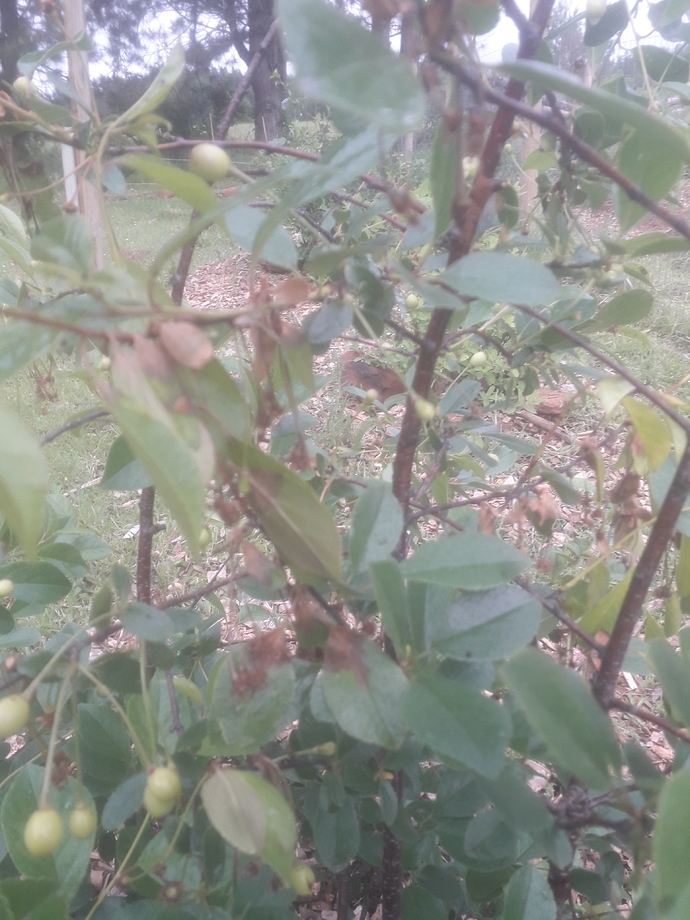 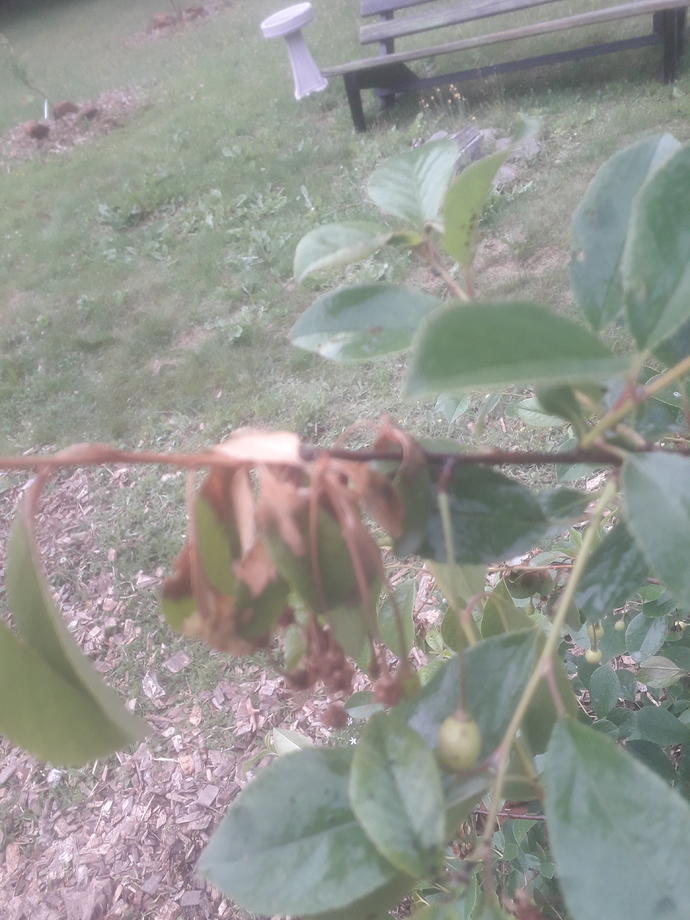 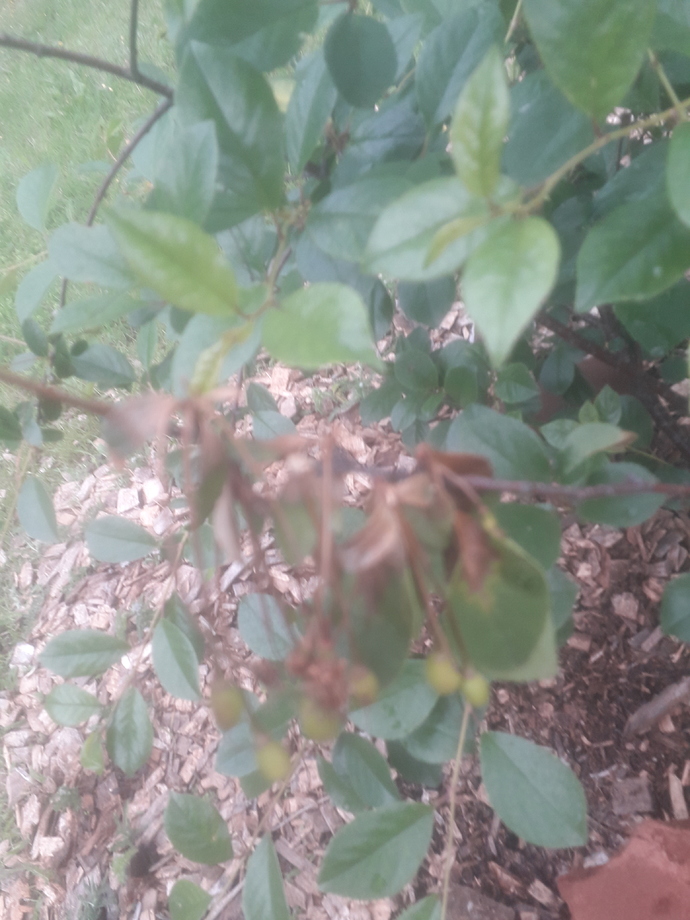 My guess is bacterial canker.

It could also be what ails my plant every Spring,Brown Rot Blossom Blight.I bought some Spectracide Immunox to try next year.bb

The young CJ Cherry I have,has two branch ends that appear to have died.Is this common with these?I noticed something similar with Korean and Hanson Bush Cherries,where maybe they don’t get pollinated on those particular branches. Brady [image]

Any thoughts on what this “rust” is? Seemed to show up very quickly on a number of younger Apple trees after a period of hot and wet weather. Interesting that there is also nibbled leaves nearby. 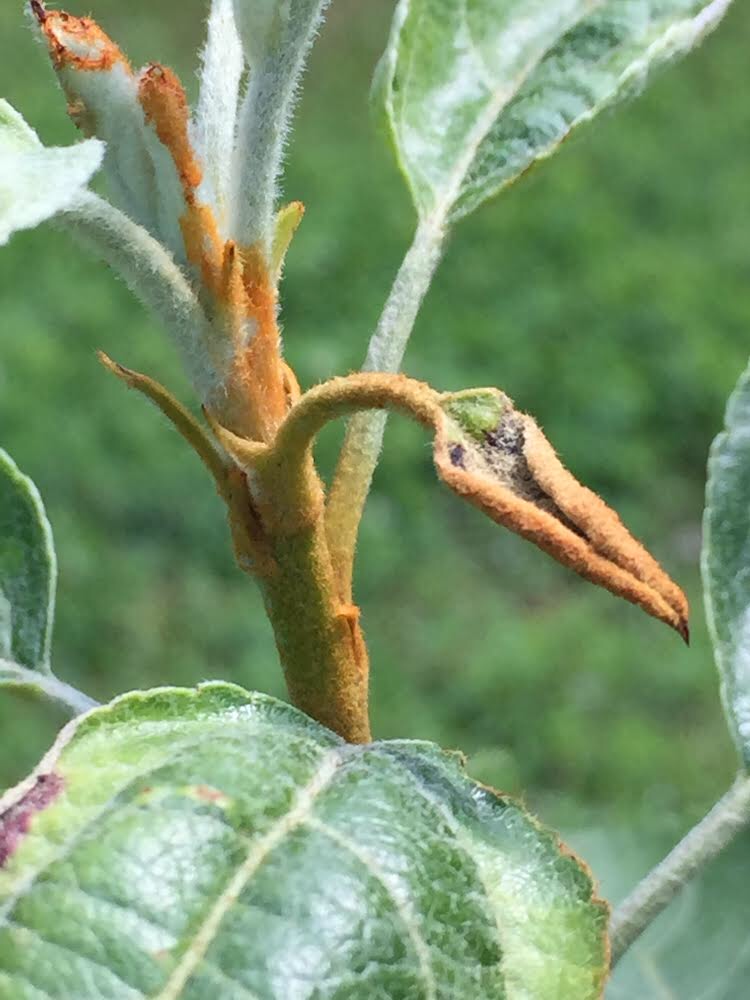 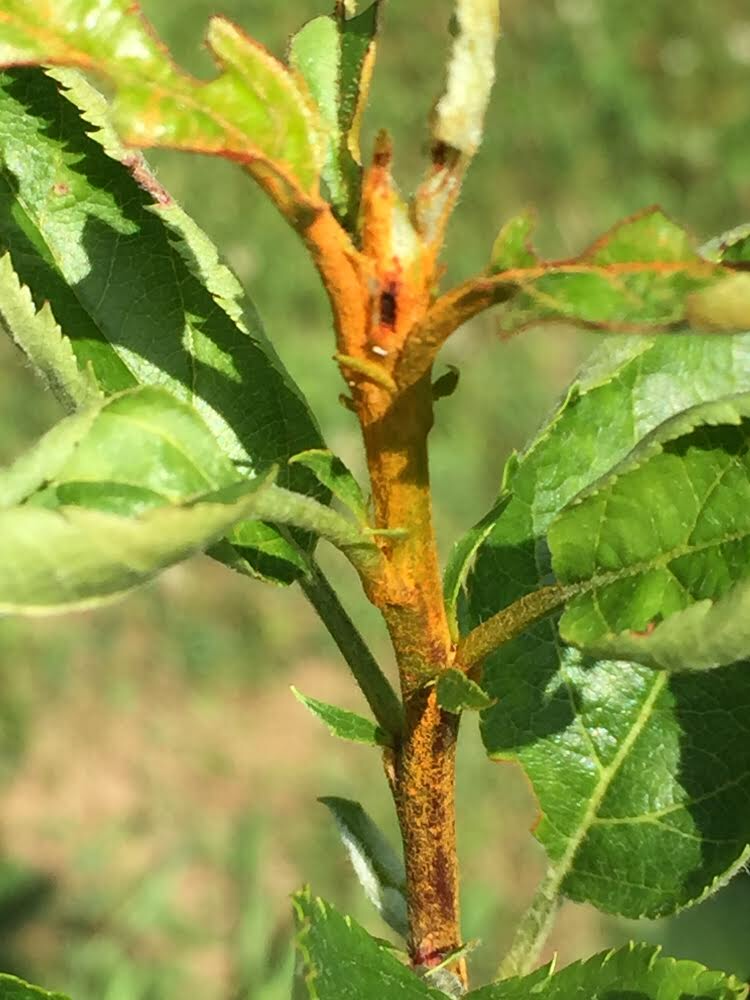 Noticed Dapple Dandy has some kind of issue. It recently developed black knot and now the leaves are starting to turn and look sick. Its also happening on limbs that do not have black knot. Any idead? 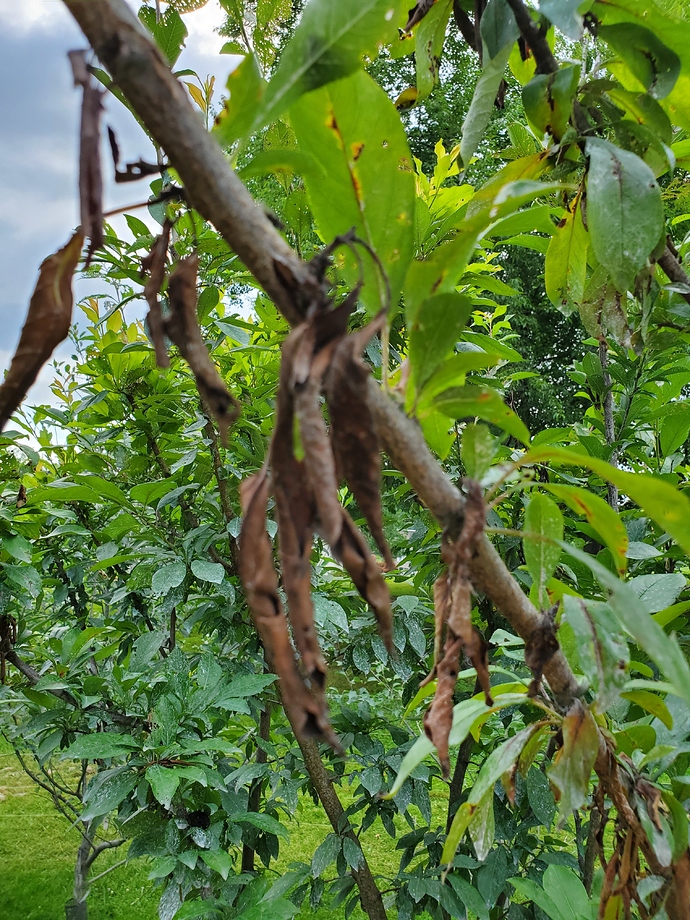 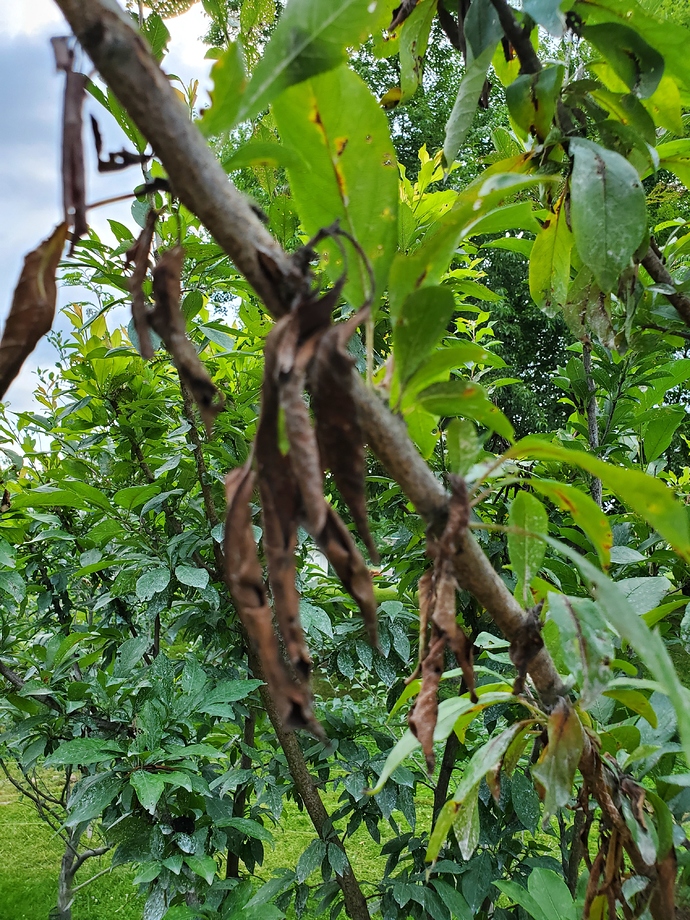 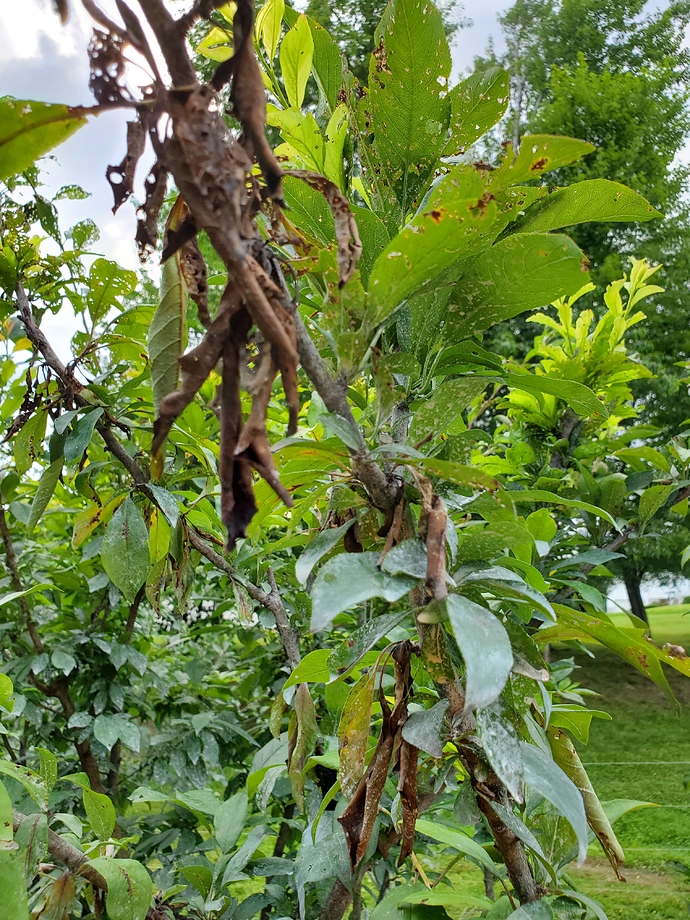 Went away last Sunday this tree ( sugar maple) looks fine. Came back this is what I’ve got. Any ideas? 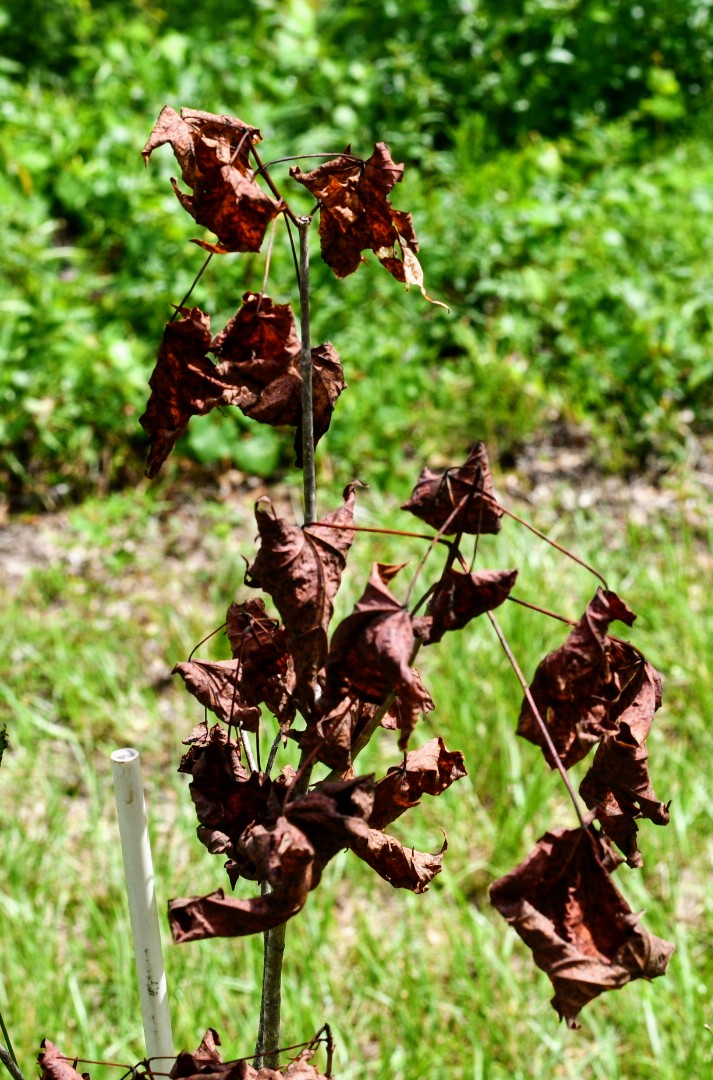 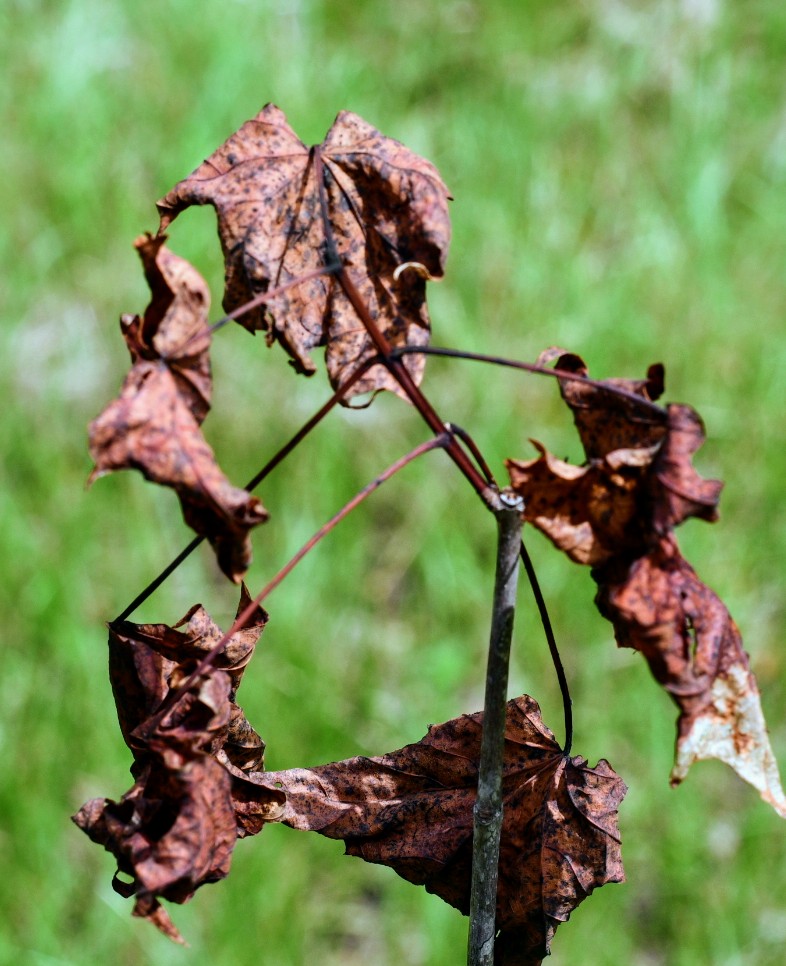 Wow, that was fast. I would burn that just for safety precautions.

Good idea. I’m going to pull it and burn it. Damn… I love maples. I think 8 b is kind of a hot zone? I was shocked

yeah. i would think a maple wouldn’t stand a chance in the south.

I have some RED Maples that are doing well. They are much more heat tolerant and a native tree. The Sugar was pushing it. I have three left that are shaded. They look pretty good so far. Time will tell…

we have lots of both here. red likes wetter spots. not sure what killed that one. id say heat stress? 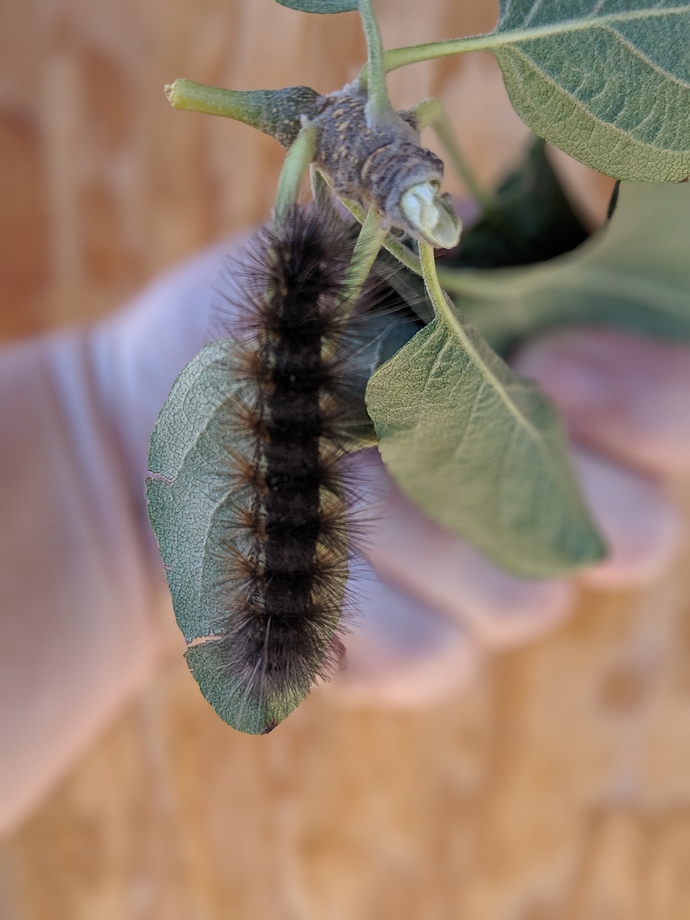 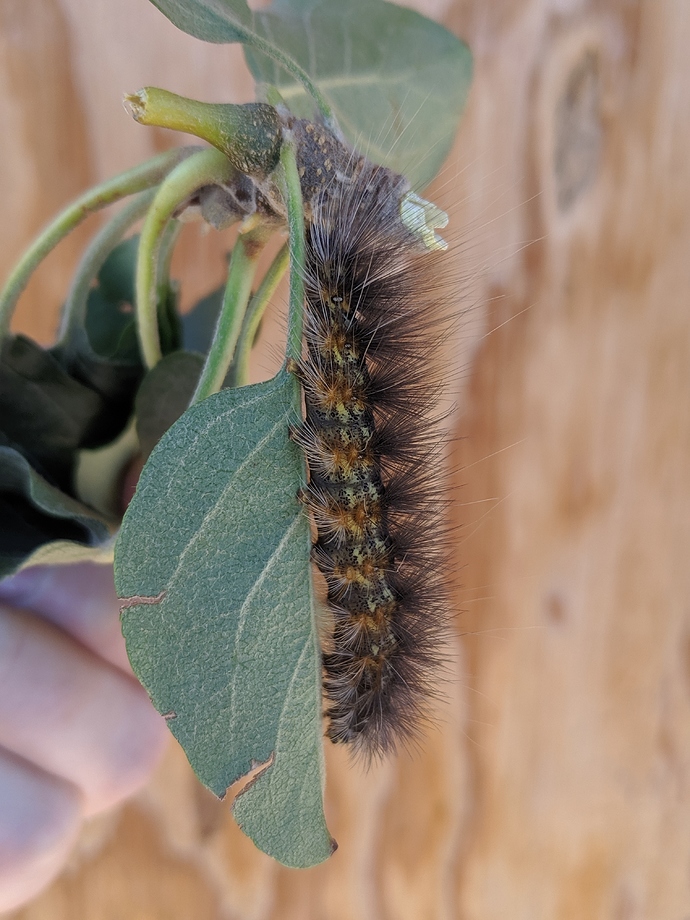 Don’t know exactly the name.but it’s a caterpillar that will turn into a butterfly

All fuzzy caterpillars turn into moths. My mom volunteers at a butterfly house… Did a little hunting and think it could be a salt marsh caterpillar.

puggylover, I see you are in California. It would be very helpful to know what plant that is and if the caterpillar was actually feeding on it.

There is a dark form of the salt marsh caterpillar, but there are many other arctiid (Tiger) moth larva that look very similar.

The caterpillar could also be described as bristly or spiny (a Woolly Bear caterpillar is fuzzy). Many butterfly species have such caterpillars. The Mourning Cloak is one example, here is a more extreme example: Little Metalmark - Calephelis virginiensis - BugGuide.Net

It was picking apples and it was on the ground under the tree. Not sure if I knocked it out of the tree or if it was just passing by. I did not see any leaves that were eaten or anything but it is a decent size tree so I could have easily missed something. I did set him free… hopefully he isn’t a bad one.