Who’s planting a Nadia plum x cherry this year? If so, how many?

I will be planting two this year.

I have one right now. Brady 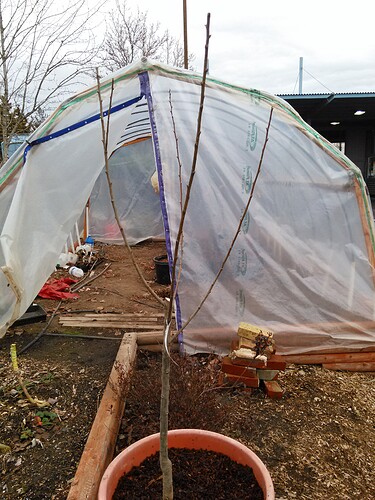 Mine will arrive early March.

I expect mine to arrive in April.

I have one coming. I have high hopes since it is getting positive comments from all around the world at once.

Mark me down for one as well. Going to be potted in a 15 gallon soft side.

I have one coming in March that I will put in a 15 to 20 gallon container.

I want to order one…

I have so many trees coming…i have a kitchen full of trees…i have a garage full of trees…yikes! Maybe just one more. I’ll have to see if they have any left.

Mine is scheduled to arrive shortly. Don’t have a spot other than a pot at present. But do have plans about where it will end up.

Does anyone know if it’s patented in USA?

Interesting. Does anyone know what cross-pollinator it needs?

Mine is coming in late April. The plum parent Black Amber can be pollinated by Santa Rosa, So probably most Asian plums will work, or could work. The cherry is Supreme Cherry an Aussie cultivar. Black Amber is a CA developed hybrid.
50% cherry, this should taste awesome! 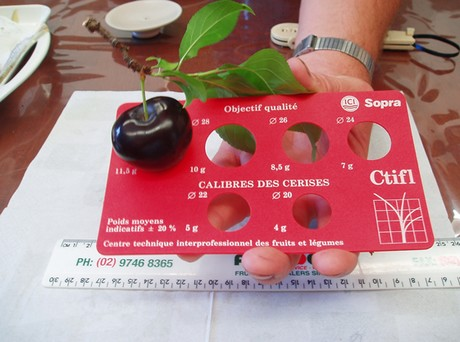 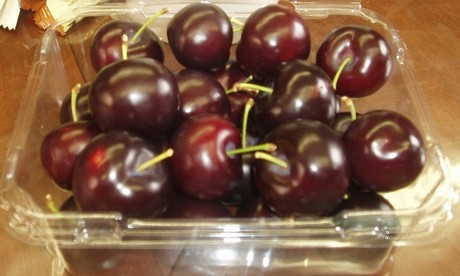 Raintree Nursery says that it is pollinated by any Asian plum.

Thanks, guys. I have a Burgundy plum where I want to plant this, and several cherries (Lapins, Craig’s Crimson, Royal Rainier) and two Pleurries, but no Asian plum. Boo. Not sure I can squeeze another tree in this area besides a Nadia. I might be able to place a Weeping Santa Rosa up a little higher on the slope. Hmm.

Since Nadia is 50% cherry, a cherry could also pollinate it.

Dave Wilson Nursery will be releasing a new plum x cherry hybrid for the 2016 season. It is called Candy Heart. It will be on mzyro 29c

With all you have I won’t worry about a pollinator for Nadia. Burgundy should work and probably many of your pluots.

As to eating quality of Nadia I’d say it’s far from a slam dunk. Nothing is that. If it’s so good why aren’t they commercializing it in some way more profitable than releasing it everywhere? There’s a reason many new fruits are club varieties, more money to breeder.

When the initial thread went up on GW, I gave in and ordered it too. I had a couple spots in a new row and shifted plans around (Elberta got knocked down a spot and Sprite/Delight was relegated to a less ideal location) so that this one ends up at rows end, abutting the driveway. That should give it more space to grow into, and it should have plenty of nearby pollinizers. Flavor Supreme, Spring Satin, Mariposa, and several other plum/pluots will be within 15-20’ of it. I’ll have White Gold and Black Tartarian nearby as well, in case a cherry is needed.

Patty, isn’t Burgandy an Asian plum? I would think that would work, unless that was the tree you were planning to replace. If so, maybe a small graft?

Plus one for me too, mid April. I’m almost certain I tasted one of these a couple summers ago. It looked exactly like the those pictured above. As I recall, it tasted a little more like a Bing type cherry but not quite as rich or spicy. It had very good flavor, purple flesh with a nice meaty texture like a cherry. I hope this is it because I’ve been looking for it ever since.

I’m using one too, I’m also adding another asian plum, though debating which to add?
So are you removing the Burgandy? Isn’t that an Asian plum?
Fruitnut I agree it isn’t a slam dunk, but what convinced me to buy it was that East Malling put it in it’s breeding program. That is like Zaiger taking it and paying the royalties, almost unheard of! . As both institutions have developed multiple cultivars themselves. The fact they want it speaks volumes to me.

Bob, yes, Burgundy is an Asian plum, forgot it was. Not all that thrilled with it, frankly, and it has done a piss poor job of cross pollinating my pluerries. So, I may pull it out and put in Green Beaut and a Weeping Santa Rosa, instead. Hopefully, between that and my cherries, my cherry/plum crosses will get pollinated.