If you are correct, and I think you are, white peach scale is a tough bugger to fight back in the non-dormant season.

I had it on 5 cherry trees last summer (and a few other plants including a schizandra vine). Nothing I did seemed to stop it during the growing season. I hit it with dormant oil/neem a few times once the plants were dormant and while there does appear to still be damage this year I’m hopeful that I made a dent in the infestation.

Bagging Pears: First time for me, and using ziplocs slit across the zipper and corners cut. I put some on yesterday and am seeing some moisture/humidity on the bag near the fruit today. Issue or is this expected? I’ve only bagged apples previously, and it has been a few years.

Hey fran. Just wanted to say that while I am 100% convinced that the tolliet bowl wax I used was a bad mistake, don’t dispair. First, there seem to be different formulas/ingredients in different brands. I used the cheapest, generic version sold at Lowes. You might get lucky and have a better grade/formula in what you used. Secondly, I don’t think it interferes with the graft itself. It keeps it moist and sealed which are good things. The problems I’ve had- and others have rto- are long term problems- meaning the weeks and months after a graft takes. So I’m not surprised your apples and pears took. I just wonder if they will hold up over time. What happens is that it sort of dissolved the bark on the outside of rootstock and scion. This can take as much as a full year! Now, if it destroys the limb I suppose it doesn’t much matter than it takes a few months to do it, but you at least can keep an eye on it. What I saw over and over again was bark that, after months, would start to just soften up and slip away from the limb as dead material, which of course killed the limb from that point out. I’d consider trying to wipe it off and using only parafilm but that’s me. Finally, you should know that others have used it with no problems so you might be just fine.

Also, while I’ve suspected the problem is that the bowl wax contains some petroleum based ingredients, it could just be from having the wood completely covered and sealed for such a long time. That wax- at least the way I applied it fairly thick- has amazing staying power and can clearly be seen even a year later. So, even if you covered a section of a small limb with parafilm or electrical tape and it stayed in place for a full year, I suspect the bark under it would also start to rot and die and slip off. Bark isn’t meant to be sealed up and smothered and kept moist for months and months, so that could be all that is going on. Whatever it is, its a problem for me. I look forward to hearing your experiences.

Kevin
Thanks for thorough explanation.
I think when paw paw grafts pop(hopefully) then in a few months
I’ll try to wipe off wax.
I haven’t had problems previous years, But that might be because I had better wax.
Will let you know
Thanks!

I’ve been unsuccessful in diagnosing what is going on with this Mt Royal plum tree - bare root planted a month or so ago. What is it? 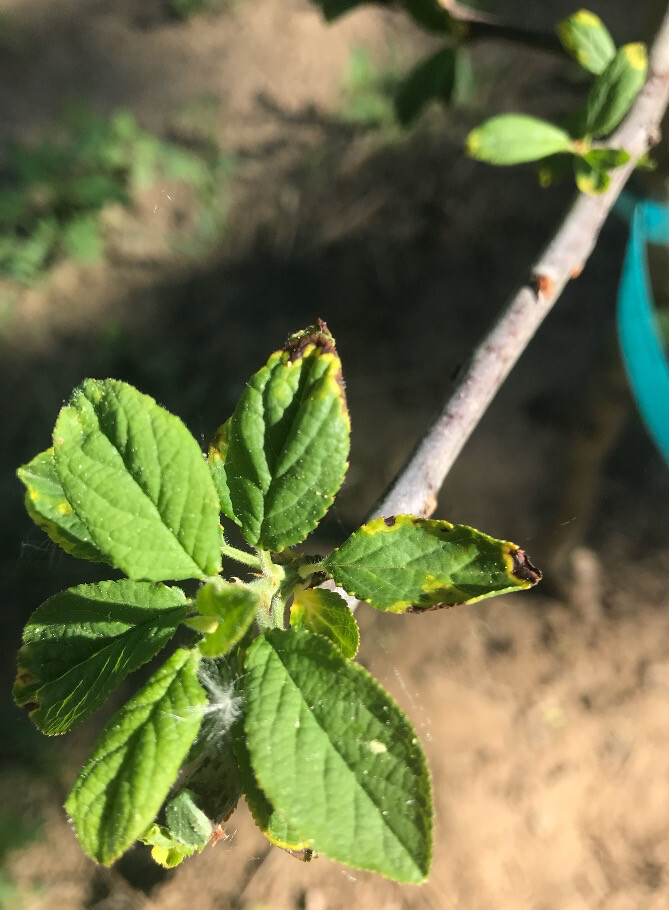 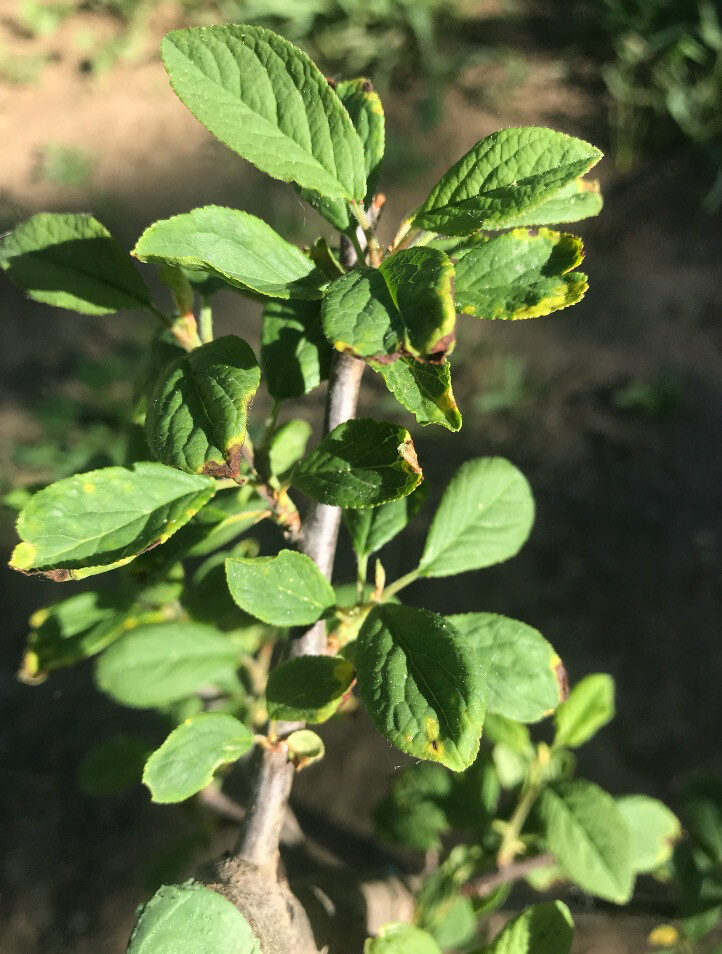 Kevin
This may lend support to your concern about toilet bowl wax.
I followed all the usual procedures for 3 apple t buds.
After waiting 3 weeks for the bud to heal I cut off branch above the t bud. Its been 5 weeks now.
And bud doesn’t look good.
I wrapped the bud tightly (but not above bud) with vinyl tape and above the butt I smeared T bowl wax.
Maybe the wax seeped into the cambium or maybe the wax just harmed the bud.
I think it was wax on bud that was harmful.

im just curious, why did you use toilet bowl wax?
If seen more people talk about it. But i wouldn’t even know where to find it. Is it extremely cheap? To me it seems like a pain to work with, and quite the risk.

Especially compared to strips of potting soil/freezer bags. Or even better imo Parafilm M. parafilm comes down to 0.01$ per graft if you manage to work through a whole roll. And 0.04-0.06$ per graft if you only buy a few foot on Ebay.

Good points @oscar
It seemed like a method that was simplest to do when I started grafting a few years ago.
Very cheap, and at any hardware or big box store. 4 bucks
And I continued to use it, mainly because it works, at least short term.
So far i haven’t had graft failure due to wax and bark issues(but t bud probably).thats 3 years of grafts. But I can see why that could happen, esp after reading @thecityman experiences. So my wax days are over, except for the very tip of the scion.
I’m a parafilm convert now. Having success already. And no mess!
PS pic in case your toilet base ever leaks 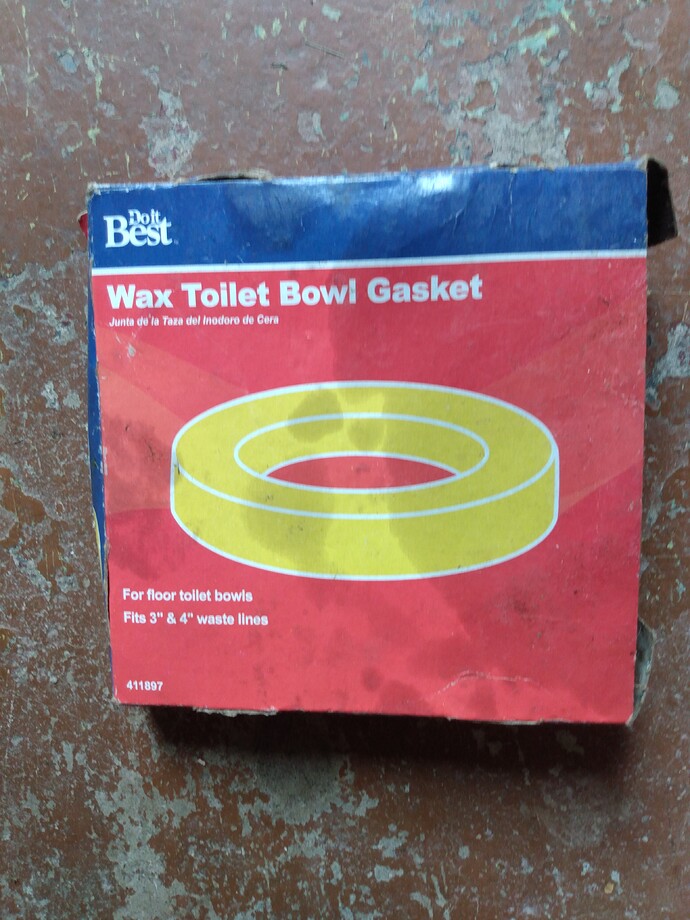 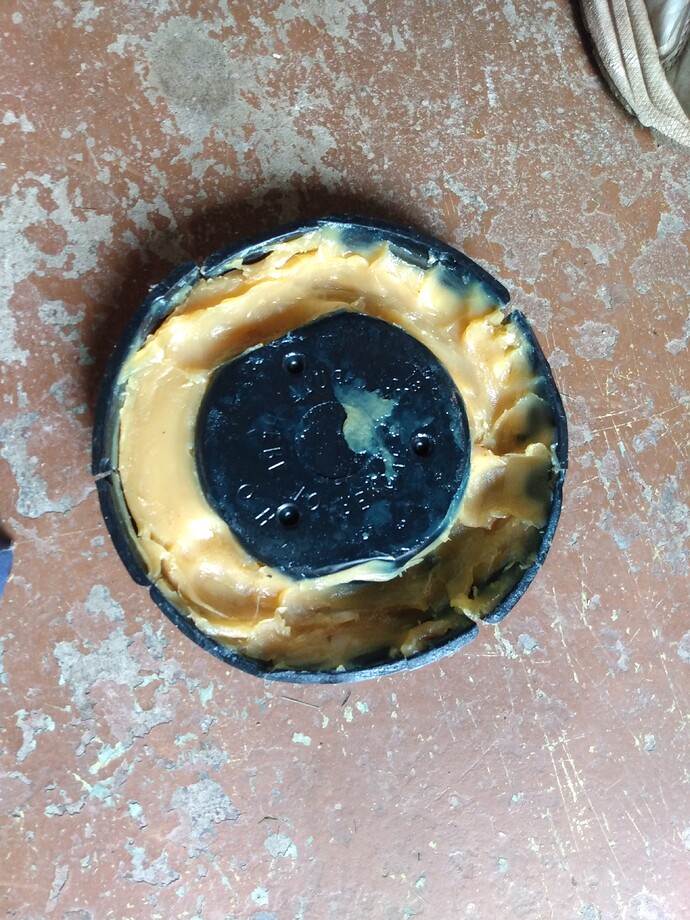 ah ofc it’s wax from the gasket. I was wondering why you needed wax for a toilet bowl

I’m a massive parafilm fan to. However if you fully stretch it and you get temperature extremes it sometimes cracks. So I’m painting over my parafilm now. Or not stretching it to the absolute max.

If had some buds that did not brake last year (did 3-5 chip buds on 1y old rootstocks) brake through the parafilm/paint this spring. They where perfectly protected for a whole year, and broke trough fine.

I’m testing my new contraption for painting.
An old recycled ketchup bottle. for easy paint dispensing. (hopefully without leakage in my bag)
And a old juice bottle with a paint brush hot glued to the bottlecap. (hopefully also doesn’t leak in my bag)

I think I’m gonna look for a vessel with an larger cap or a smaller brush, in hopes of less mess. 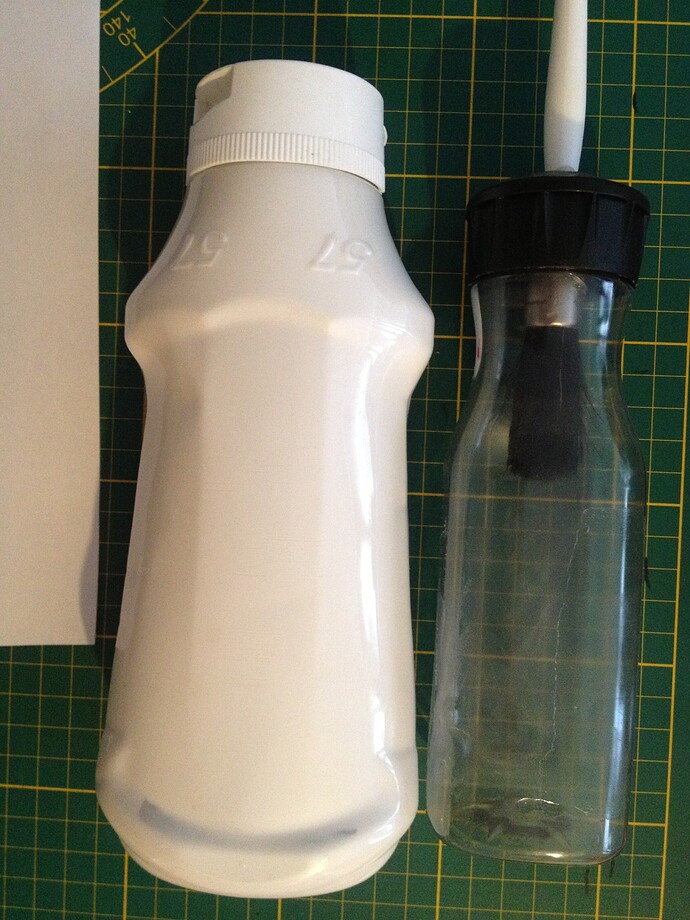 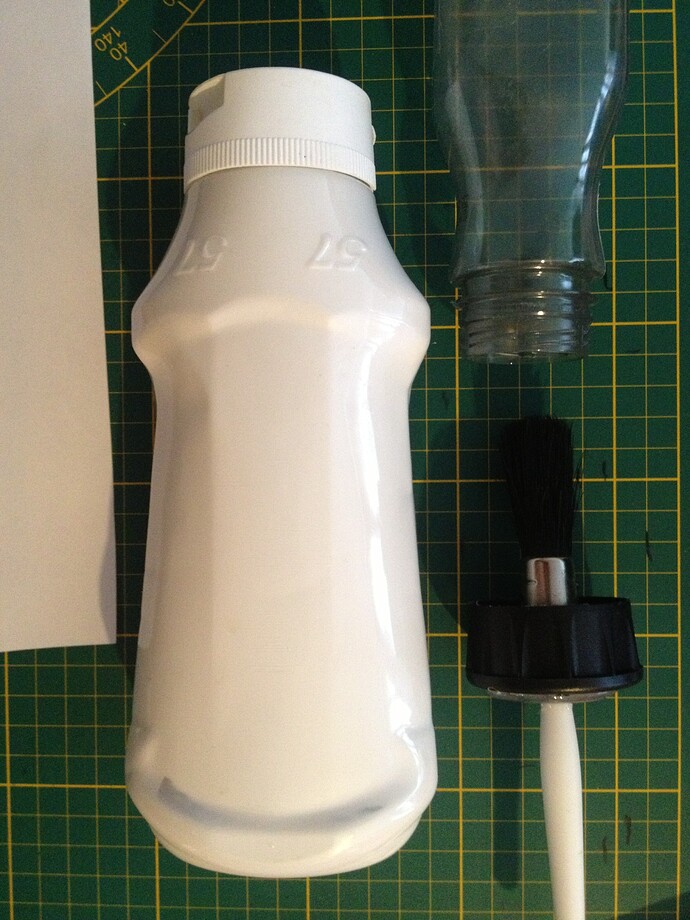 Clever!
So the paint is to prevent parafilm cracking? To be applied when?
If only a few grafts couldn’t you just use small brush and dip into paint can?
Glad wax situation clarified.
An observation …I noticed budding tape has lots more stretch.

yea, the parafilm seems to crack when there are large temperature swings and it’s hit by sunlight. Happens fast if you stretch parafilm to the max. If you only stretch it halfway it cracks slower. If you paint it however it seems to not crack for a whole season. And buds still brake through fine.

I either don’t stretch the parafilm fully. Or paint them while bench grafting. (chip buds) also makes it easier to see if the bud that’s growing is rootstock or graft. (i only paint the graft)

i forgot to do that for a few so i painted them in field today.

Do you use a latex paint?

I have a bare root plum tree that was planted about two months ago and its leaves resemble yours. It does seem to be slow at establishing, especially compared to the others that went in at the same time. However, it appears to be improving and putting more growth on. I assume it had some sun damage, but do not know for certain.

Does it matter if it is paint and primer in one?

im not sure. It probably depends on loads of factors.
I don’t think there is a universal anwser, since there are so many different primers.

I do suspect the binder in paint might be the most damaging part (apart from the solvent. but in water based pain the solvent is water and thus fine). And primers usually have less pigment and more solvent/binder.

In the end the cheapest most lime based interior wall paint is the one i pick. Since the cheapest works best. i have not had a need to test if more expensive options where also okay. So i simply don’t know.

Yikes. Yeah that looks like white peach scale to me, too. I have a branch of ‘Stearns’ mulberry in a Lawson Dawson tree that was heavily infested with it last year… did not appear to spread to the rest of the tree, but it sure knocked the Stearns branch back. I didn’t notice it until the end of the season… and did nothing about it. Not seeing it making a resurgence this year.

Thanks. In my situation I planted 2 plum and 2 peach… this tree has the distinction of having been planted is some odd soils, as I removed a huge pine from this area just a few weeks before planting, and there was a lot of digging. It also drains much more slowly. I also top dressed with some neem seed maybe 2 weeks ago. In any event, all the ‘crispy’ parts flaked off easily, and I will be able to easily spot if there is any new yellowing… everything else looks really healthy.