Developed in New Zealand, this cross of Japanese and Chinese Pears is called a “Papple” in England because its red/orange skin and yellow blush look like and taste a little like an apple. Enjoy the crisp fruit in late summer.

Scab resistant and easy to grow. 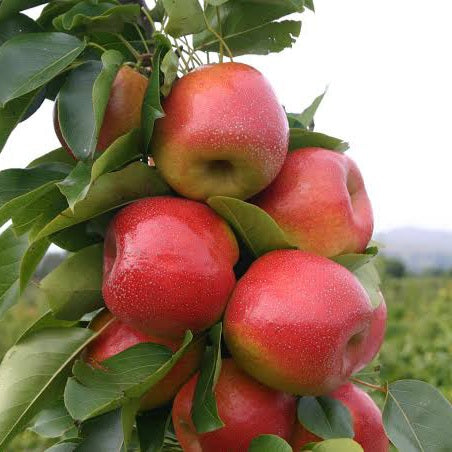 Unfortunately no. But I got Sophia’s red Asian pear Scions take . She said it tasted delicious delicious. 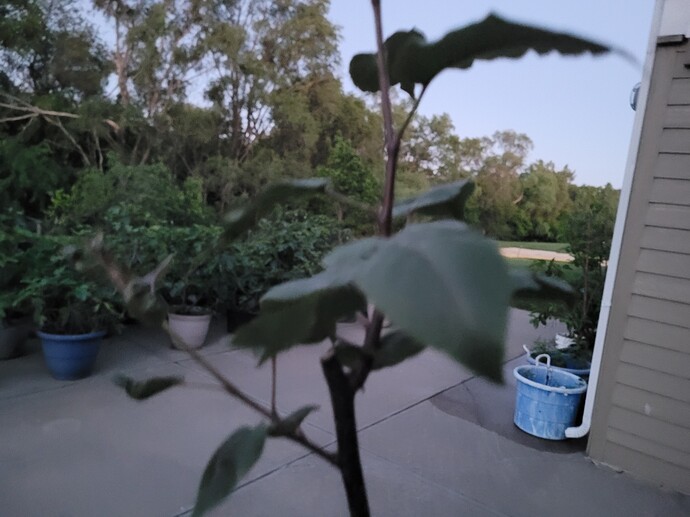 That looks really good! Look how red it is! Are you getting settled in at the new house? Figured you would plant a really large orchard. Hope all is well with you!

Move in next March 2023. It is going to take a year to build. I got 20 jujube scions that took in pots already. 80% will be Bok Jo and Honey Jar. The rest are larger fruits like Hetian Jade and a few Russian jujubes. I grafted an apple tree with 10 varieties in a pot and also grafted an Asian pear with 10 varieties in a pot also. Lot of JT-02 grafts also take. I am pretty much ready to plant next March. I just have to dig lots of holes in this falls before the ground freezes to get ready for planting.

That sounds great keep us posted on the progress. I’m looking forward to seeing the new orchard!

Yes, from here on all graft unions will be bury 6 inches below ground for insurance for just in case the -31F Polar Vortex visit omaha again. If the trees died at ground level then the 6 inches above the union will resprout of the grafted varieties.

It can drop to -36 F here as well but these one offs like you experienced have been rare at least so far.

I had Reddy robin for two seasons only, it was from Raintree. It was a rust magnet for me for some reason. In the second season it got hit with rust again and fireblight. In the third season when I was more prepared to tackle the rust, it never woke up. Seems it almost froze dead on me. I think because it had been so riddled with rust/ fireblight and sickly looking the two seasons prior it just ran out of juice.

I was growing and continue to grow many other pears and none of the others showed
fireblight and Rust like Reddy Robin did.

If budwood becomes available I may try again.

Do you guys know what pollinates this other than what the internet says, “Nashi pear”. I ask because I had flowers all over it and flowers all over 1-3 Asian pears inside my greenhouse… and nothing came of it… I hand-pollinated plus I knew there was pollen everywhere and there were bees and bugs and you name it in there too. I think it to be odd… the Asian pears I have fruit on… but… I hand pollinated those with other Asian pears only…

In the end… Pyrus pyrifolia = Nashi pear = the cultivars ‘Dan Bae’, ‘Nijisseiki’ “20th Century”, ‘Daisui Li’. I will say that I was most interested in pollinating it with Dan Bae but I don’t know why.

No Euros were allowed to flower, ever…

Humm I’m not sure. It didn’t make it to flowering to give you any anecdotal evidence.

I assumed that either my European or Asian pears would pollinate, as I believe both are in reddy robins lineage.

Who added a reddy robin this year?

Next year keep me in mind if you have extra scions from Sophia’s red Asian pear. 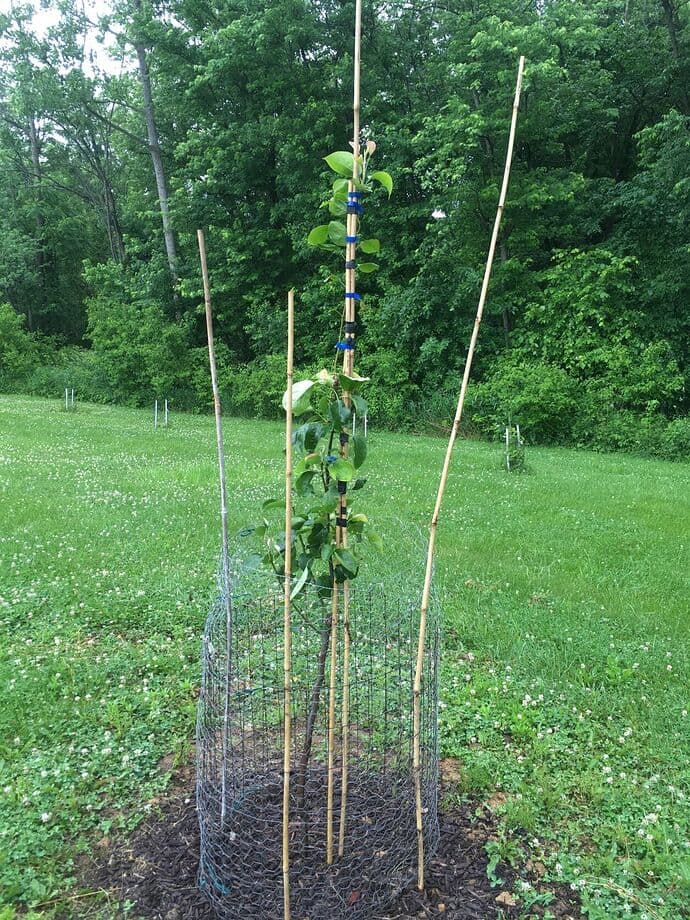 That looks very good! Hopefully red robin is immune to fireblight. We will see if this one will grow fast! Fireblight has hit me so hard this year ive lost the tops of many large trees. One tree was killed to the ground. The tree was green jade that was killed to the ground. Two days earlier we admired that it had no diseases or problems and a beautiful crop of pears. Two days later the 15 foot tree was dead. Pears love it here so the set back may be short lived.