Siberian C as Rootstock and Fruit

@Palmer @Olpea @dimitri_7a @northwoodswis4
My Search turned up sporadic posts mentioning the extremally hardy Siberian C Peach. Useable for both Fruit and Rootstock. So I picked up 20 seeds from the Ebay vendor here(not currently in stock but you can contact or favorite them to be alerted when they are available). Given the new baby and my neglect I am happy 6 survived. I am going to transfer these guys to better conditions and think about grafting them next year. 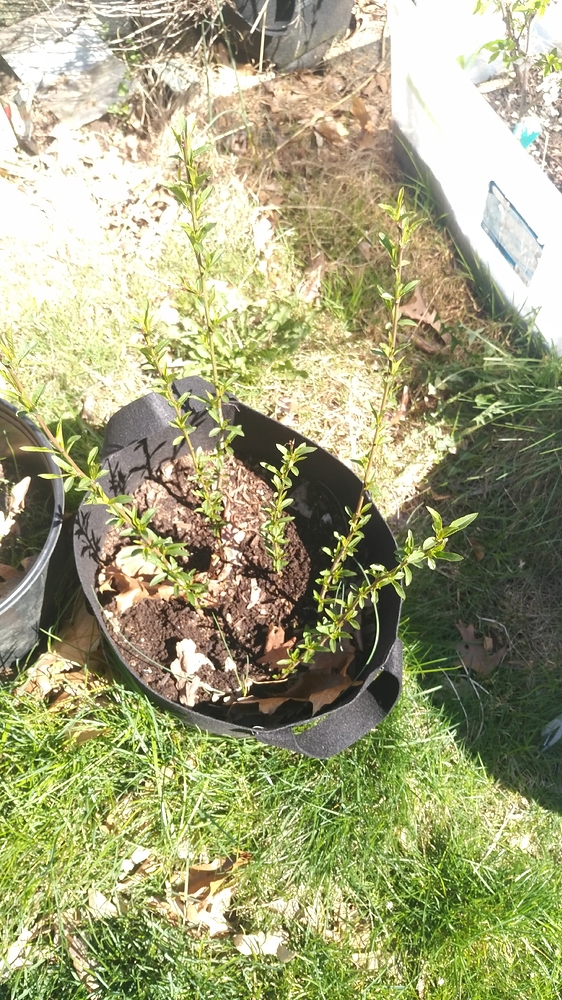 What are you planning to graft these with?

Reports are wildly varying regarding usefulness of Siberian C as a rootstock. I am growing a couple of one-year-old seedlings to try out, but no further experience at this point. As far as fruit goes, I’ve seen multiple reports that basically describe it as small, winter-hardy, late season, and a bit sub-standard peach-wise.

Did not think that far ahead. I originally wanted a multi graph peach tree and the online choices where limited. First I was going to get a 4n1 low chill peach from bay laurel nursery, even placed the order, then I found out Nemaguard was not rated for my zone. Then I settled for a 3(4)n1 from grow organic, the curl resistant on Lovell. Sadly that turned out to be a 2:1 when the one branch didn’t survive. 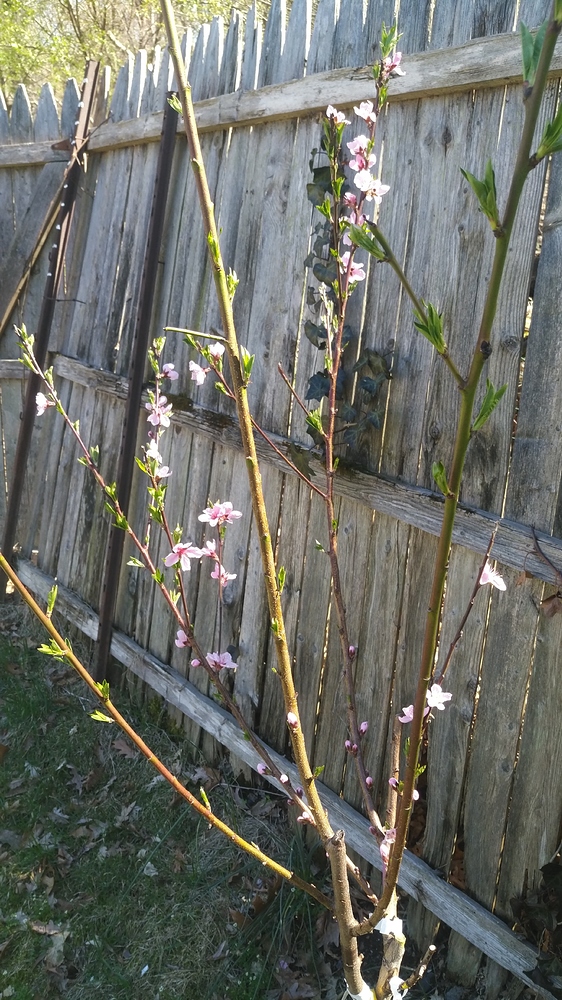 I bought krymsk 1 thinking I could grow it out and multi graph on it, and I grew the Siberian C with the same idea in mind.

I bought a Siberian C a couple years ago. It has frozen off a couple times and then resprouted. It is still a skinny thing about 18" tall. I don’t know if it survived the -32F or whatever it was this past winter, but it doesn’t seem to be very “Siberian.”

I have some 12" seedlings going. I can report back down the road.

I guess I’m not sure why you are hunting the most winter hardy rootstock for NJ/Washington DC?

I have one Harrow Diamond peach on K1 which is surrounded by other Harrow Diamonds on seedling. The K1 is not nearly as productive overall and suffers more bud kill in the winter. On the plus side, not much pruning is required, the fruit tends to run a little bigger and sweeter, but that may have something to do with less fruit on the tree.

Well after I discovered that Nemaguard was not hardy and the krymsy 1 problems you mentioned and the fact it did not grow much. When I read it tended to produce a semi-dwarf and found a source on ebay I though why the hell not. I planned to gorilla garden the extras anyhow

Also my soil in NJ is fine but in DC its heavy clay.

what was your seed source? mine came from Wisconsin also. After the leaves fully mature maybe we can compare pictures for similarities and differences.

I bought mine as a whip from Rolling River Nursery, I believe, in 2015. The foot tall sprout is smaller than the whip I started out with four years ago, but I leave it be as long as it is hanging in there.

The Ebay vendor was 20 seeds for $10. next time there available you might want to try those.

After I put a couple of these in the ground im going to have to find a home for the rest. 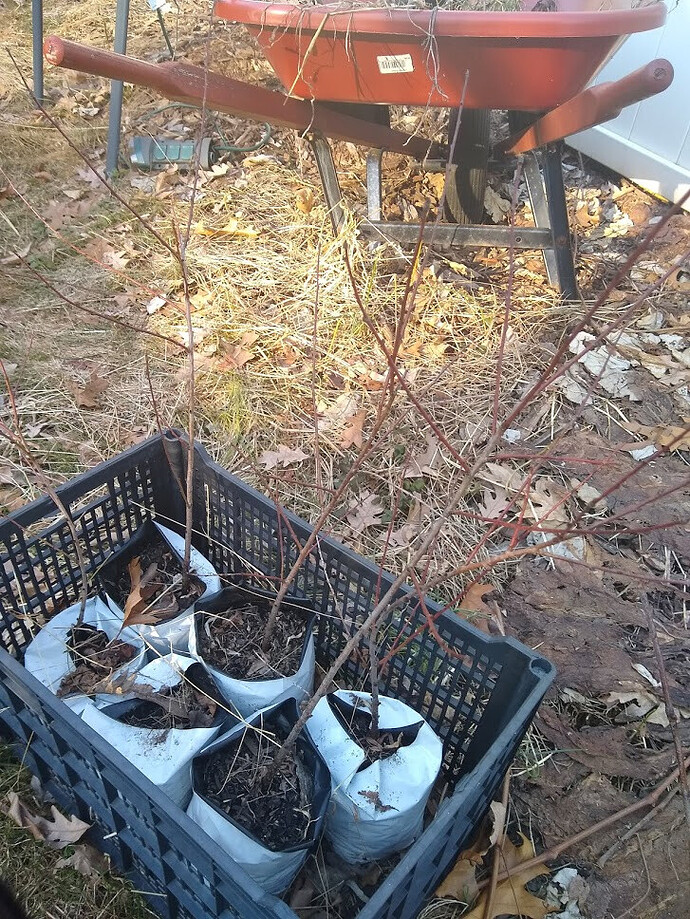 My Siberian-C has had the top freeze and it resprouted several times. It is still only about a foot tall. I leave it be in its hardware cloth cylinder, but not much hope for it amounting to much, unless the climate changes a lot.

Any updates on Siberian C? I’m interested in these for fruit as they are said to be much more disease and pest resistant compared to other types of peaches and I don’t spray. I just purchased 2 trees yesterday.

Mine just arrived! Excited for what the future holds for my Siberian Cs!

if your Siberian is that tender for you, the contender i put in from fedco this spring isnt probably going to do any better here. fingers crossed.

I should get mine tomorrow.

Here is an old review from houzz from a grower in Alberta.

They die to the snowline every year, even in an el nino year. They are terrible to eat peaches

Another from MN - Not good for eating raw.

Has anyone in zones 3 or 4a tried the Siberian C. peach? I learned of it from the Far North forum, and by Googling found it for sale at Rolling Hills Nursery in California. Apparently it is used mostly for rootstock, is hardier than Reliance, and has...

Then there is this technique. from the guy who did the review i think. 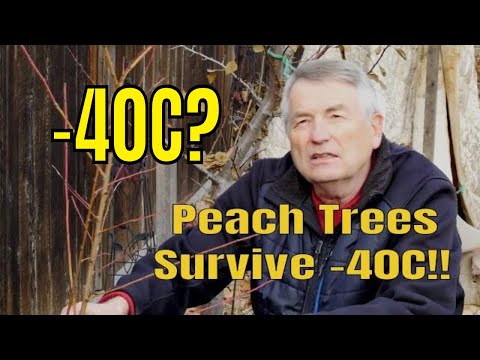 There is another peach called Bailey Hardy from Univ of Minnesota that claims -30F but not much info on the net.

thats the same guy that showed me how to over winter my figs here. great idea. i also found a Russian vid. that showed the same technique. if my contender dies to the snow line this winter that is what im going to do for the following winter…