Strange weather - Will it get our blooms and fruit? 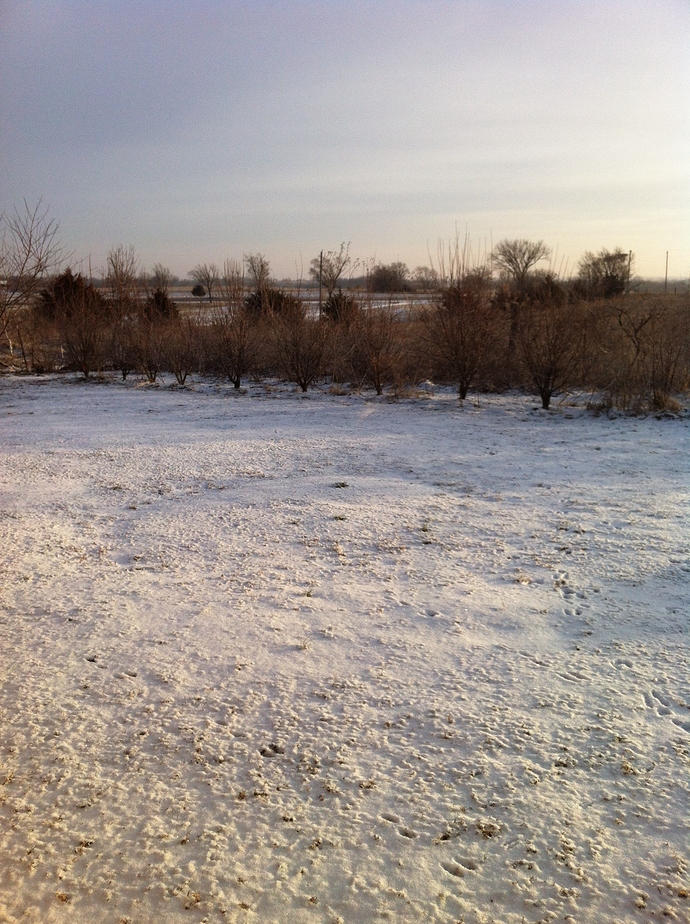 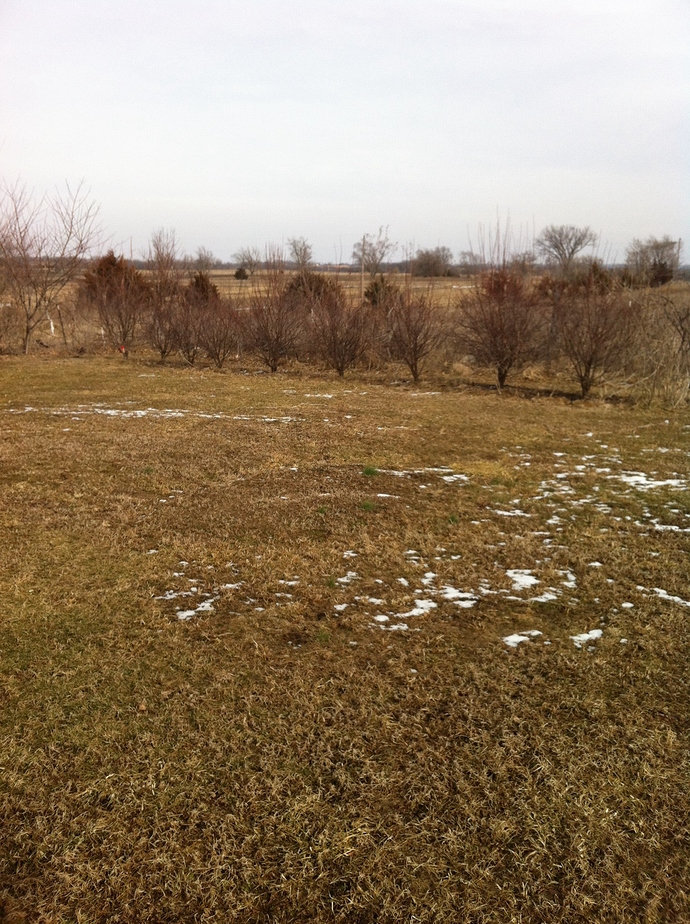 1936×2592 1.87 MB
Today we’ve been very warm and we have a blizzard bearing down on us within a couple of days. This weird weather has my plums all pushing buds. It looks like we wont be getting any plums this year. Anyone else had weird weather this year? What’s going on where you are?
1 Like
Dec. 01, 65 F, in Montana?
Here comes the 2016 apple and Pear harvest!
Strange weather will it get our blooms & fruit 2018?
Life in Kansas! (Late Freeze)
Strange weather this year 2021
Pears - It's best to get them in the ground soon or does it matter anymore?
Pear buds, blossoms, and fruit 2017
What's happening today 2020
Strange weather will it get our blooms and fruit 2020?
Cold weather & pear fruit on the trees
Its going to snow! Critical temperatures?
Just got back from Oklahoma-flowering pears are budding
How is your weather? (Part 1)
fruitnut January 30, 2016, 8:04pm #2

Unfortunately on the plains that’s normal. In the last week we’ve had 3 inches of snow, now highs near 80F for 3 days, and back to lower 20s. All in one week.

Sorry to hear your plums are swelling. That’s at least 6 weeks too early.

Goose plums. They are not really European or Japanese. 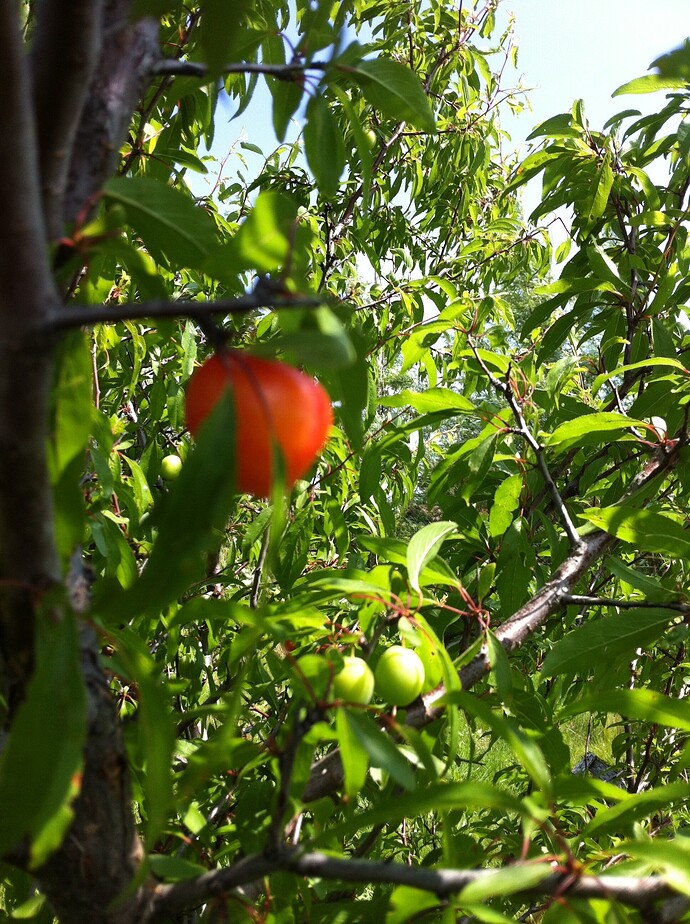 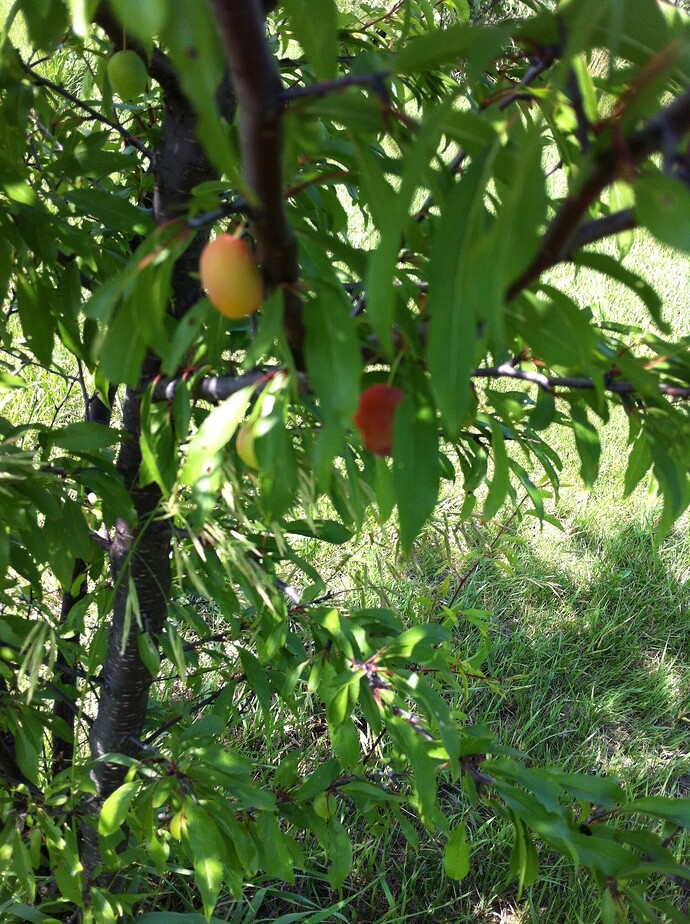 This is a goose plum today 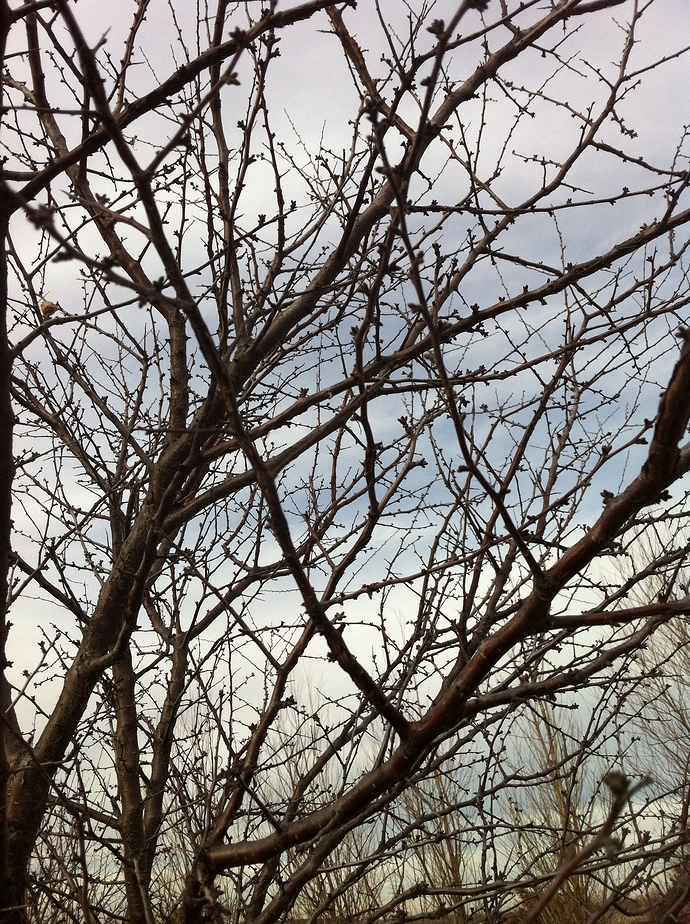 1936×2592 2.21 MB
This is a Canadian bounty plum today. By the way all Japanese scion wood is compatible with the bounty plum so they are nice to have around 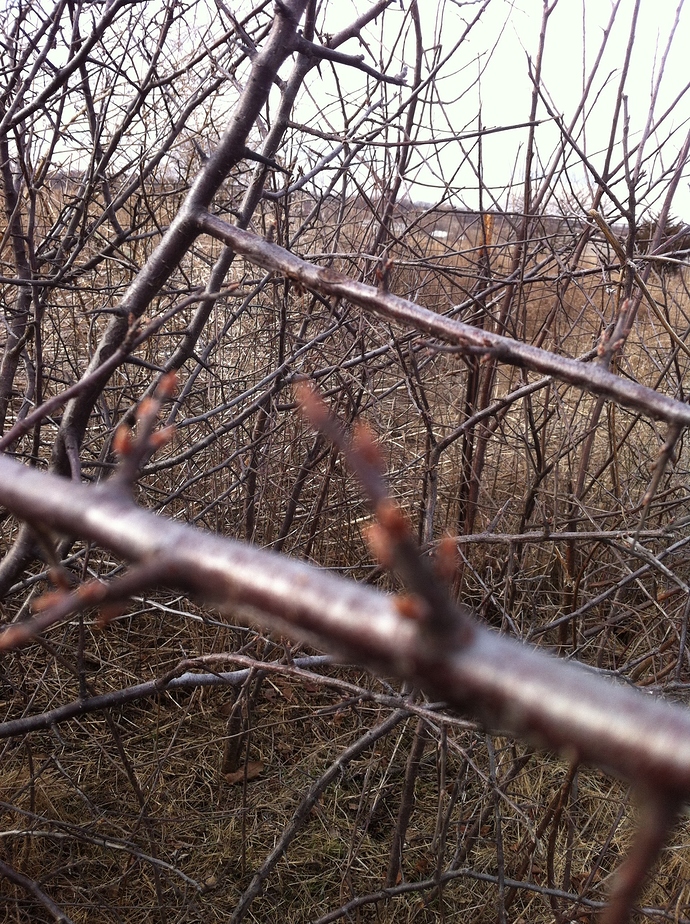 Yup! This year weather is not consistent…

My Saturn peach is budding so obvious, I’ll post a picture next time I’m visiting the forum…

Here are picts of the Saturn peach, no green yet but too “promising”! I want some flat peaches this year. Hopefully the weather cooperates… 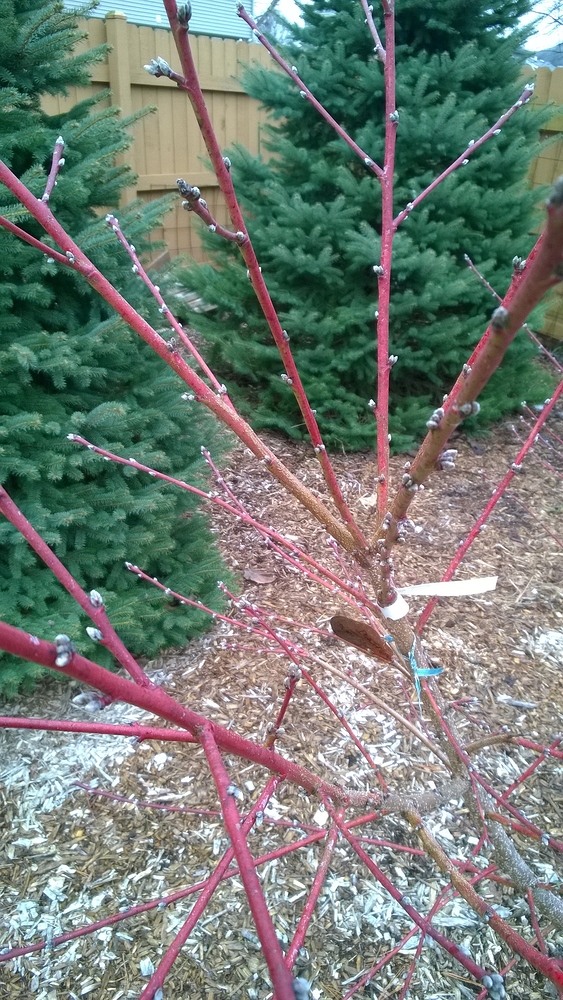 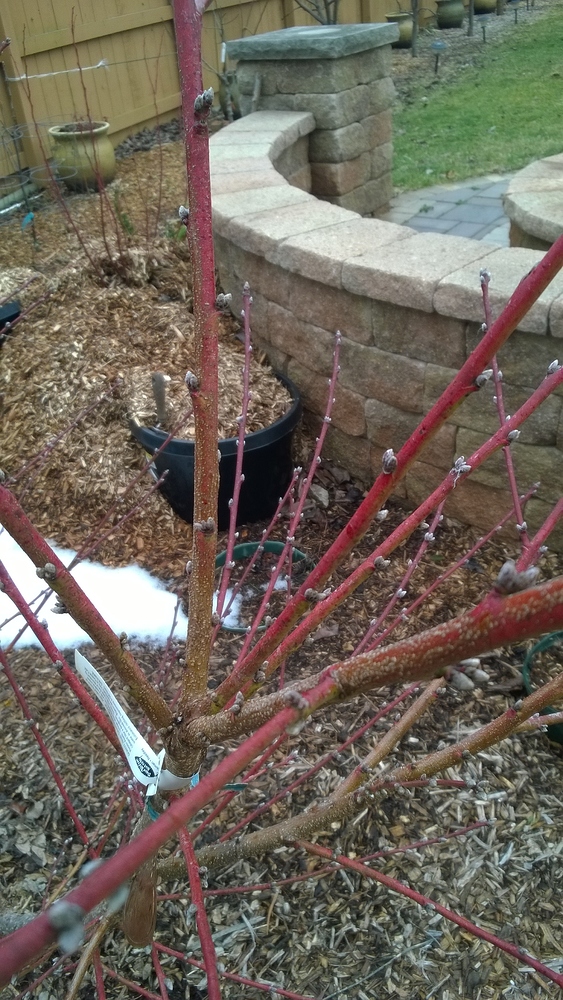 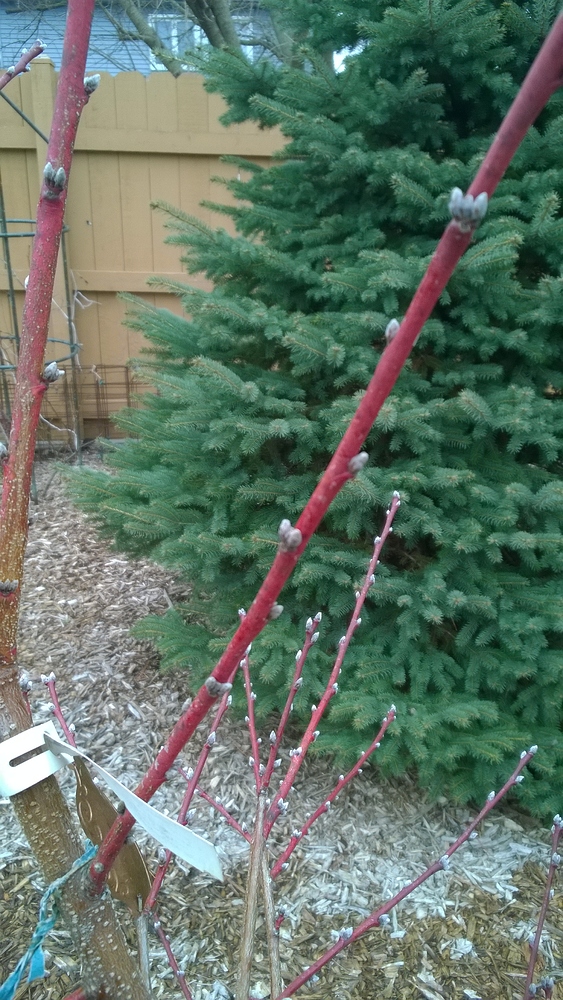 Oh, wow, Tom! That peach looks far too eager for spring to be growing in IL this year.

I’ve already been watching some of my apples and blackberries open part of their blooms before the cold weather arrived here at the beginning of Jan. They’ve since lost those to the cold. They are now opening more, which I also expect to wind up being an exercise in futility.

If I wind up losing everything this year, maybe next year I’ll get a bumper crop, since they won’t have to use any of their resources maturing fruit this year.

Thanks Fruitnut I was afraid you might tell me that. I’m not much of a stone fruit grower and it’s only partly my fault. Kansas weather should take at least half the responsibility for my plum crop.

Same story in Missouri. J. Plums and peaches have started to swell.

We still have snow on the ground from the blizzard, but it hit 64 degrees today… and is supposed to hit 62 on Wed.

Pretty mild last week- and down in the middle teens, they say, this week. I’m skeert.

Mark, going by the behavior of my trees in January, I expect you’ll have fewer problems if it just gets cold and stays that way. I also figure it’s likely that you and I have different concepts of mild weather. How warm has it been there?

I also figure it’s likely that you and I have different concepts of mild weather. How warm has it been there?

It’s been creeping into the 40’s on occassion- but what worries me is not so much the occassionals, but the overalls: it just hasn’t been as cold as we’re used to, and we’ve had some unusual summer highs too. The summers in general “seem” to run higher for longer (and we have been hitting some records in the last few years) and I feel that there is some accumulation going on. Don’t quite know what to make of it, and I guess that’s part of what I find scary.

I think we’re going to learn something over the next few years!

Gotcha. Creeping into the 40’s during the day is chilly to me.

My trees stopped advancing while we were having highs in that range. Now that we’re in a string of comfortable days in the 70’s w/nights in 50’s, they are once again restless.

I am finding it surprising as I join this conversation in progress that there is no mention of the heat being the result of surpassing 350 ppm of carbon in the atmosphere. It is well established that increasing carbon can have this effect, whatever its cause. So, without discussing the politically dangerous idea of WHY this is, shouldn’t we be able to at least accept THAT it is?

Cat, the reason it hasn’t come up is because the U.S. is the one country in the industrialized world where this is still a debate, instead of being a discussion about what to do about it. If we open this particular can of worms (where do they sell canned worms, anyway) this discussion will go on and on and on and no presentation of “facts” will change anyone’s mind.

The pathway to logic is by way of the emotions, no matter how well educated one is and climate change is too hot to handle here.

I agreed with Alan, this was a very heated topic in the past and got too personal.

Its not brought up because doing so is a jerky move thats only done to cause strife. Take that BS and take it to a political forum. Fricken tired of trolls.

Welcome to the forum, cataniam. Why not go to the Introducing Myself to Scott’s Forum thread and tell us all a bit about yourself and your interests in growing edibles, especially fruits. The welcome there has always been warm for all those who share the interest.