I ordered this Hachiya persimmon in the fall of 2019 to replace one that the nursery had sent me that spring that did not survive. It arrived and appeared to be healthy, but in the spring on 2020 it failed to bud out. So I notified the nursery which replaced it in fall of 2020. When the replacement arrived, I repotted this one to see what would happen as the rootball still looked healthy.
This spring the plant acted like it had a new life and all buds which had not opened last year sprang into life. So I repotted it again into a larger pot to assure the roots had plenty room to grow. The rootball was only about the size of two fists. After it was fully leafed out, I noticed some leaves beginning to turn brown on the tips and curl up. Eventually they fall off. So after about one month of really healthy look, I now have most leaves curling.
I have searched for what may be causing the leaves to curl. There are no aphids or other insects that I can detect.
Please advise if you think you know what may be infecting this plant?
Thanks
Dennis
Kent, wa 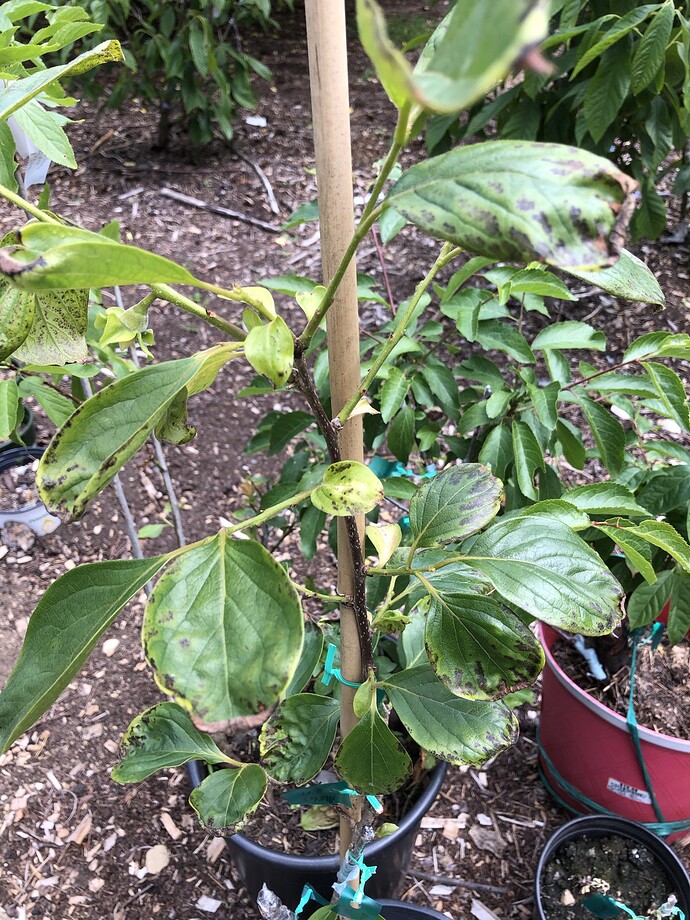 How is your potting medium? Do you suspect overwatering?
A heavy organic soil medium has killed numerous persimmons for me.

Actually it’s about 90% compost. Perhaps I should repot using more natural soil. Think i will try that tomorrow
Thanks for tip

if it doesnt do well let me know in january i will have scions of hachiya from my tree. i havent seen this with any of my persimmons so i have no recommendations.

See if you can let the soil dry out in shade. This time may be dangerous to repot the tree.
In the future, it may be best to use a fast draining mix with lots of perlite, bark and just a small amount of compost. I recently lost a couple of trees this way. One tree however recovered when I had tossed it in a pile (along with the pot) and it was protected from rain in this location. That was all it took for the tree roots to survive and allow some top growth.

I have some potted persimmons in mostly well composted wood chips. That look similar.
Info on line that best fits symptoms is calcium deficiency.
I had the compost tested , shows optimum calcium levels , so I don’t really know what is going on .?
They are in quarantine for now , going to try some fertilizer treatments , if I cannot get them looking normal, I will destroy.?
http://era.daf.qld.gov.au/id/eprint/2210/10/persim-nutrition.pdf
Page 63

Hi Dennis, I know your problem perfectly.
There are numerous fungal diseases that attack persimmon:
Among them these are the most important:

In your case, it is not a disease, it is a physiopathy (looking at the leaves, I know the symptoms perfectly).
It is a problem of poor adaptation of the rootstock to the ground, surely the rootstock of your Hachiya persimmon is Diospyros Lotus, which usually causes this type of problems in its most youthful state and in transplantation.

Never use cupric compounds in persimmon, as they cause phytotoxicity. 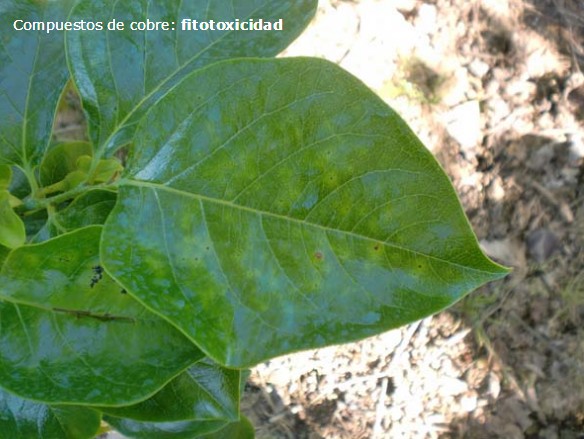 It is very likely that your persimmon has root suffocation problems from overwatering.

When I have had problems like the one you show, I always use a biostimulant with amino acids in irrigation for their recovery with very good results.

This is the product that I use in Spain.

In the United States there must be very similar products

Dennis, I’ve had the same problem with plants of persimmon bought from nurseries.
Look at the leaves of this Rojo Brillante . 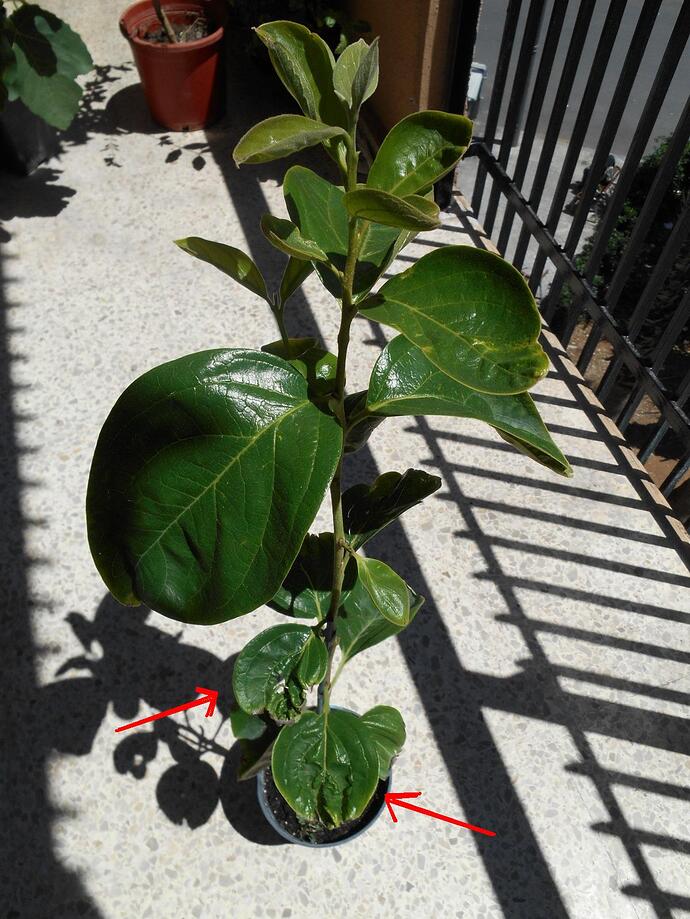 I have asked my friend Cristina, she is an agronomic engineer specialized in persimmons from the IVIA (Valencian Institute of Agrarian Research), I showed her your photo, and she confirms that it is a physiopathy due to two possible causes:

Applying amino acids and a microelement corrector, your persimmon should improve immediately.
On the other hand, a persimmon is not a suitable tree for growing in a pot, and you must transplant it to the soil of the orchard.

Jose,
Maybe, you could diagnose this persimmon leave issue for me.

It is a Rojo Brillante in a pot. Last month, the leaves looked like it suffered iron deficiency (I am pretty sure it was iron deficiency). I watered in chelated iron twice. The yellowing of the leaves went away the green color retuns. However, starting a bout a week ago, the tips of the leaves turned crispy brown. 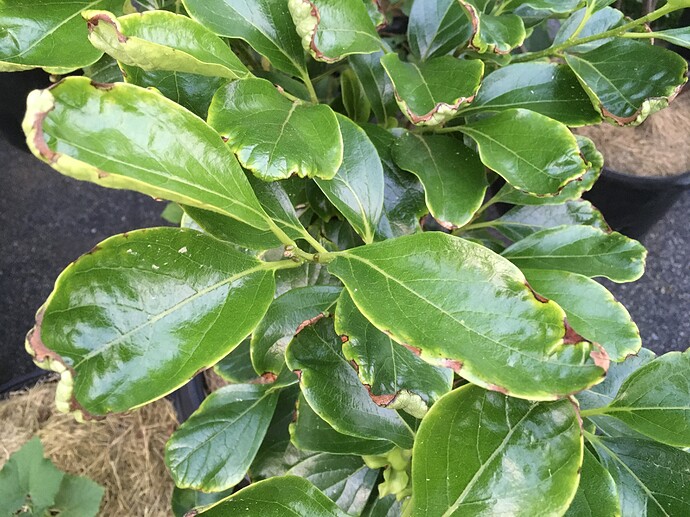 This is caused by too much iron in the soil? 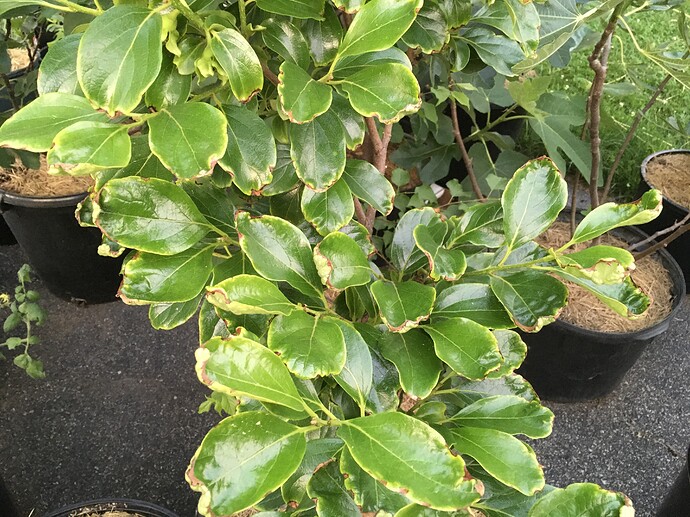 Hi Jose,
Thanks for your comments. The main reason I had it in a pot was to do early grafting and let it callous in my greenhouse,then I plan to plant it for a friend on his property this fall once the scions are growing.
The sales receipt only tells variety but not the rootstock name. Soihave inquired of the nursery to tell. Me if it’s Lotus, Kaki, or Diospyros virginiana. They seem to have different rootstocksfor various varieties, and their online catalog no longer shows Hachiya, so I am in hopes they can tell me. Gave them my order # so as soon as I hear. I will let you know. I repotted it 2 days ago I clean native soil, no compost, with gravel in the bottom to assure good drainage. I have fire ashes I could add for calcium, or I have dolomite lime, and I can add borax powder or give it a foliar spray with all the above. What of these would you recommend?
Dennis
Kent, wa

Hi Jose,
This morning I was able to contact the nursery to verify that my Hachiya was grafted onto the Diospyros virginiana rootstock. I noticed in your comment you suspected it was on Lotus. Does the rootstock change your opinion, or do you still think it is most likely calcium or magnesium deficiency? Perhaps your friend would know.
Thanks
Dennis
Kent, wa

Hi guys.
As Jack the ripper said “we go for parts” hahahahaha.

We will start with the description of the three most used rootstocks:

Diospyros Virginiana, has a very deep root system and usually emits an important taproot, tolerates high pH soils well, is of vigorous growth, and has very good affinity with both astringent and non-astringent varieties.

Diospyros caqui (seed of a variety of persimmon normally Rojo Brillante), is the most vigorous rootstock of the three, emits a very deep root system, tolerates soils with high pH without problems, and has total affinity with all kinds of varieties, the only drawback is that it develops trees that are too large in size

Dennis your variety is a Hachiya, which belongs to the PCA group (pollination constant astringent).

Nurseries for convenience usually use the Diospyros Lotus rootstock for astringent varieties, so the most normal thing is that the rootstock of your Hachiya persimmon is a Diospyros Lotus.
And we keep talking about nurseries because even though they are specialists in fruit trees, they make tremendous mistakes.
The grafting of persimmon in the nursery is carried out using the Chip Budding system, and for convenience they do not have the rootstocks in the ground but in pots, so they normally use substrates that are not very suitable for persimmon, and when you receive the tree at home, It arrives with nutritional deficiencies of some macro or micro element, this is a very common problem with persimmon plants bought in a nursery.

mamuang, the iron deficiency in a fruit tree, apart from causing iron chlorosis, which causes is that it prevents the plant from absorbing a large number of microelements (this is the real problem), and an excess of ferric chelates does not usually cause no phytotoxicity.

To prevent and solve the problems you have ( Dennis and you ) , which are not fungal problems, they are physiopathic problems, the solution is quite easy, having the basic fundamentals clear.

Persimmon is not a geranium hahahahahahaha, and does not tolerate universal composted substrates at all, persimmon like all fruit trees in general, as a substrate they need a good fertile soil from the orchard, with a small proportion of sand, and nothing else (if you add worm humus to the mixture is fantastic)
If they will be in a pot for a while, it is interesting to add some stones to the bottom of the pot so that there is good drainage, to avoid root suffocation.
The pots must be of an adequate size, since the rootstock of the persimmon, especially Diospyros Lotus, emits a shallow but very extensive root system.

Now, your persimmons are in a situation of stress, so we have to help them recover, and the most suitable products are two:

Having said all this, I am going to show you the products that I use in Spain, and that in the United States will be for sale under other trademarks

Caveats upfront: I’ve only been growing persimmons for about a year, so take my experience with a grain of salt.

I had 19 persimmon grafts growing in small volume, high depth containers for the last year without any sign of deficiency or the symptoms described here. I use a straight commercial peat-based mix with a little extra perlite mixed in. So I don’t think the fact that it is potted is in and of itself the source of the issue. That being said, native soil or a high-compost mix could make moisture management very challenging. IMO, compost is only suitable potting medium for short term items like vegetable transplants, and native soil is a big no-no (with some rare exceptions).

Adding a “drainage layer” to the bottom of a pot is counterproductive. The extra moisture won’t drain into the gravel for the same reason it won’t drain out of the bottom of the pot: capillary action. Water won’t drain from a layer of high capillarity (small particle size) to one of low capillarity (large particle size) unless the upper layer is beyond saturated. Once it gets back down to saturation point, the remaining water is stuck there. So what happens is you get that soggy layer at the bottom of the pot, where the water’s gone down as far as it can go. If you add an inch of gravel to “improve drainage,” then you’ve just moved that soggy layer an inch higher in the pot. Effectively, it just makes the pot smaller.

Mixing gravel or perlite in throughout the soil is more effective. However, it doesn’t improve drainage so much as lower moisture capacity in the soil, allowing it to dry more quickly via transpiration. If you have a very high percentage of coarse substrate, you do hit a point where drainage is better because the capillarity is lower. However, you then need to water more frequently and/or incorporate materials that are coarse AND hold moisture (diatomaceous earth, calcined clay, pine bark).

As for long-term viability in pots, @tonyOmahaz5 has some persimmons that have been in pots long-term. Perhaps he’ll chime in with whether he’s experienced these symptoms. I intend to do the same with my Chinebuli, as that’s the only practical way to grow kakis here. I also know that D virginiana and D rhombifolia are popular bonsai subjects. That’s kind of a whole different care ballgame, but clearly it works out OK for them in pots.

I take no issue with the larger points and your excellent diagnoses of the symptoms being presented. I just wanted to clear up the potted plant misconceptions.