Thinking of juicing these berries! What are your thoughts? I have a lot of these bushes! They were sold to me as Goumi but I guess I don’t mind since they produce fruit. 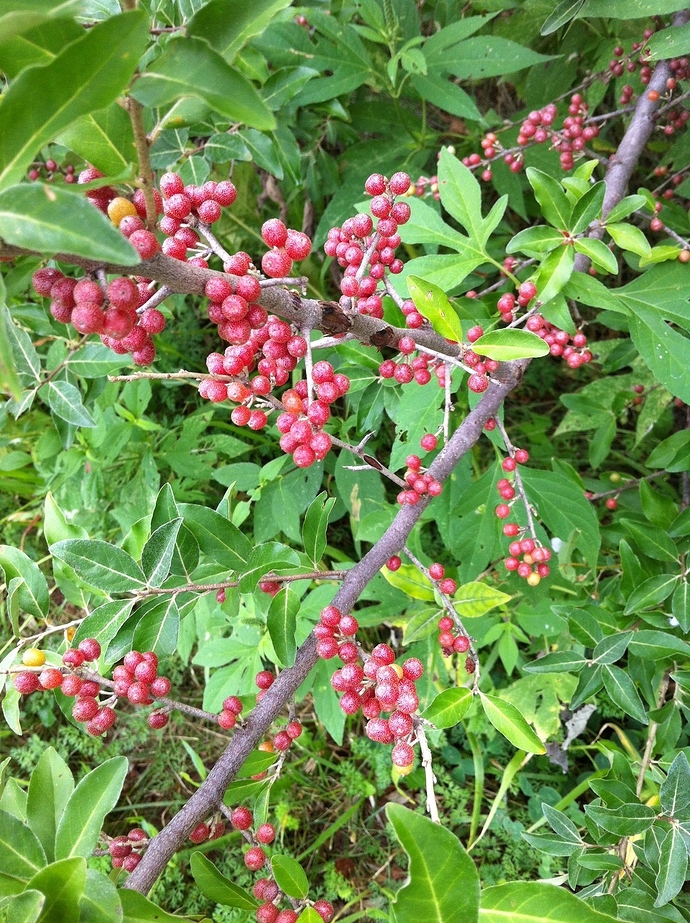 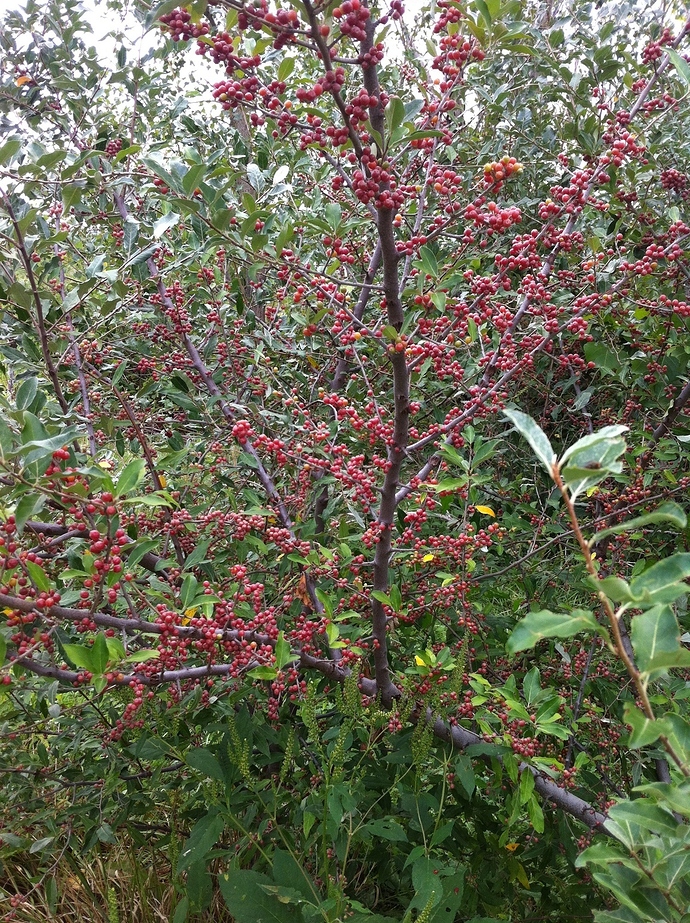 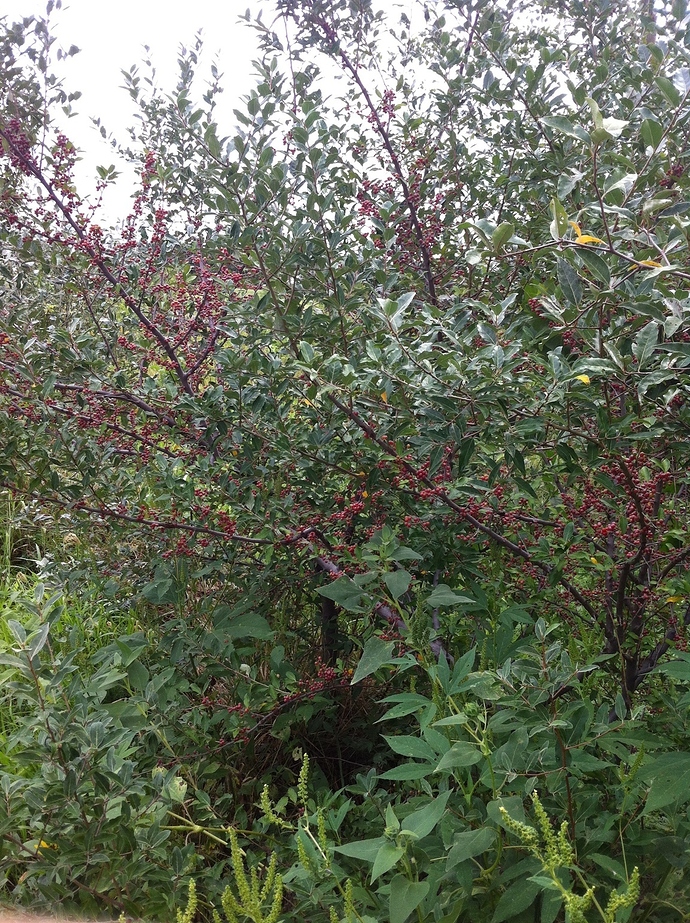 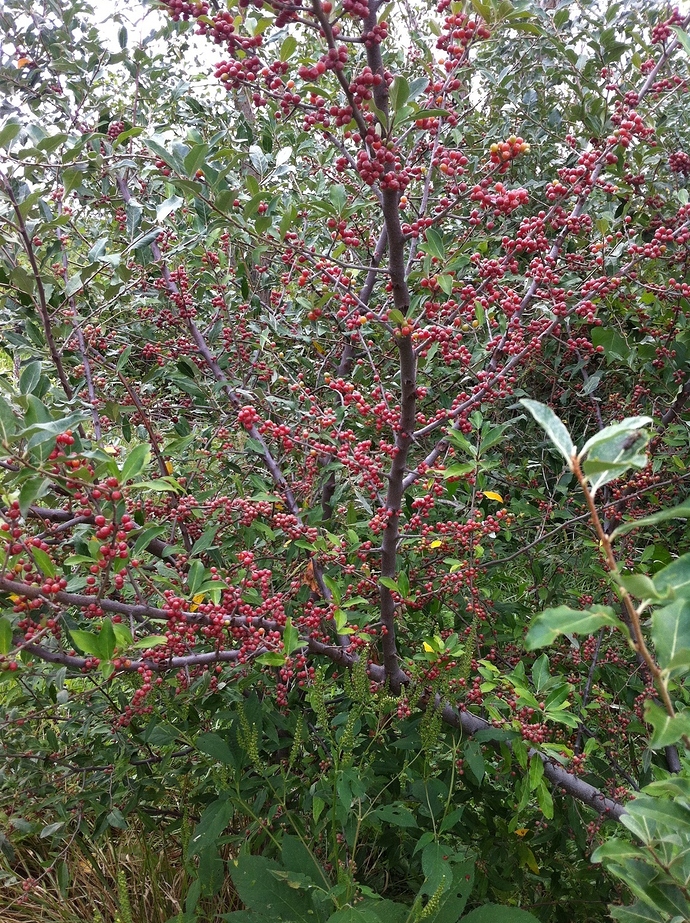 I got named varieties and they are only in their second year, so…
Maybe next year

They don’t produce a lot of fruit at first. They will produce a heavy harvest in the next year or two.

If you want to try grafting gouging, let me know.

I hear they make a great fruit leather. (Either one)

Clark, how large are those “shrubs” and do you have an expectation of max size?

So far they are at 6-8 feet and showing no signs of slowing down. They are all loaded fairly heavy. They take about 4-5 years to start producing like that. I gave them some cow manure and wood chips years ago because I thought they were goumi bushes and nothing beyond that. They don’t seem to get diseases. I suspect they are an invasive in some areas for that same reason (easy to grow). Nitrogen fixing, drought tolerant, disease resistant, heavy fruiting, and high lycopene content in the berries are fairly good reasons to grow them if they are not a problem in your area.

I see quite a few autumn olives growing in the forest edges, so they are definitely spreading on their own. Haven’t seen any loaded with berries like yours, so I would say you have a select variety. Most I taste are slightly astringent, like a dry wine. They are good looking plants with the silvery leaves.

I too was once sold E.Umbellata when it was supposed to be E.Multiflora. One good thing is you can graft goumi on autumn olive it will just sucker like crazy at first then tends to slow down. You’ll need to remove all the suckers that shoot up or they will out grow the graft.
Your E.Umbellata sure is loaded hopefully they are sweet and not astringent as most are. It seems the birds know when they are ripe so by the time they are no longer astringent the birds will clear the bush except for a handful if you are lucky. I have about 10 autumn olives I didn’t graft over and can tell you they will get big in full-partial sun. Mine are 5 years old and where only 24 inch tall when planted. Now some are already 15-20 ft tall but the goumis on the other hand stay smaller even when grafted on the autumn olives.
One other thing you should know is they are invasive and the birds will disperse seeds not only throughout your yard but all over. Because they fix nitrogen they tend to let weedy plants that normally wouldn’t stand a chance really grow and have been known to be the root cause of entire ecosystems being disrupted. That said they are tasty when ripe and to me invasive plants like kudzu seem to be more of a problem than E.Umbellata. I personaly think goumis taste better but they ripen late spring where as the autumn olive hints it’s name ripens in fall so growing both will give you a somewhat similar tasting fruit 2 times a year.

As others have noted here and in other posts about AO, they can be highly invasive and are so in my northern area. Some decades ago the Soil Conservation Service sold Wildlife Packets of mixed stuff, most of which were unsuited to our area (winterkilled) but the AO survived, thrived, spread and is a real pest. They will die back in a hard winter but regrow. They vary from no fruit to heavy as in your photo. Quite tasty when ripe I think. Birds do love them. Underneath the “favorite” large apple tree is a “lawn” of AO (I keep it mowed short but I don’t see any loss of vigor in their growing). Actually there are AO underneath any growing thing a bird might land on. I’ve made jam which tasted rather like chokecherry, quite good. And wine (which wasn’t to my liking but likely my recipe not the fruit). Overall it rather reminds me of rhubarb, which is much easier to pick! The thought of grafting something better onto them is quite interesting; I’ll have to give that a try. Now to decide which of the hundreds of bushes to graft to (did I mention it is quite invasive?).

Couple of years back, I made a couple of quarts of AO vodka extraction… came off pretty clear, and the berries retained their red color. Not especially to my liking, so I’m recycling it, as it were, through some Kerr crabapples to make some crabapple ‘brandy’ ( half-gallon jar filled with quartered crabs(or your choice of fruit), 1/2 cup sugar, q.s. to fill with cheapest vodka you can buy… agitate daily for at least 3 months…I decanted some crabapple brandy this week that I started 2 years ago… mighty tasty!

Sounds really good Lucky! I need to figure out what to do with them pretty soon because they will ripen sometime this month. These are some pictures from today. 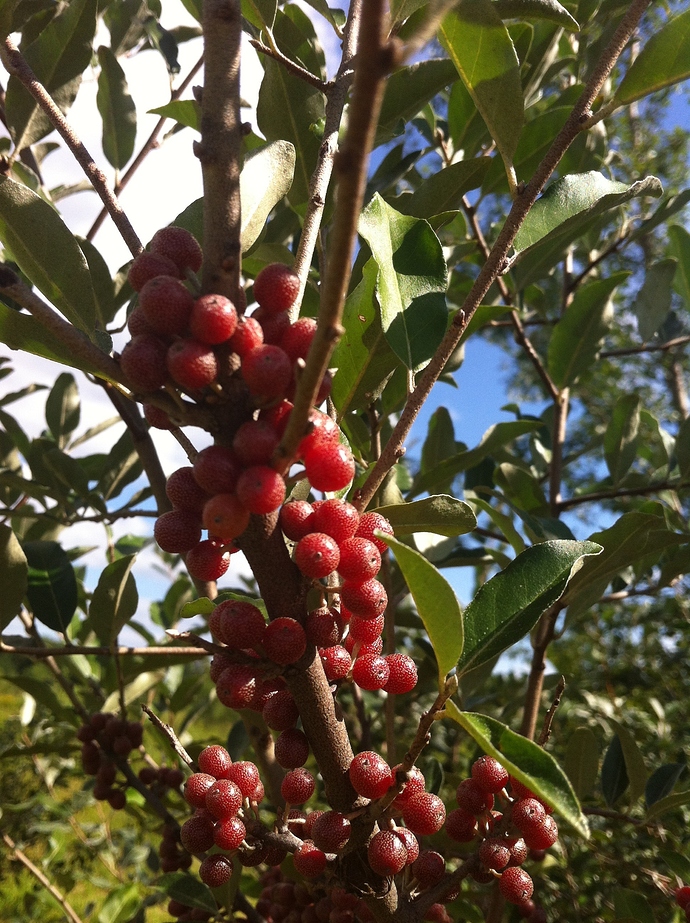 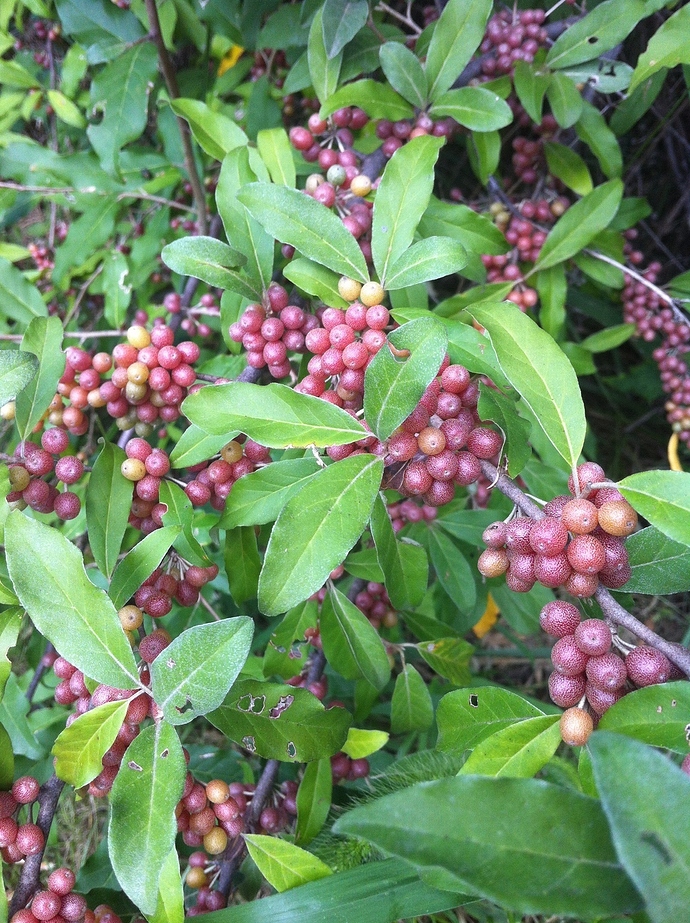 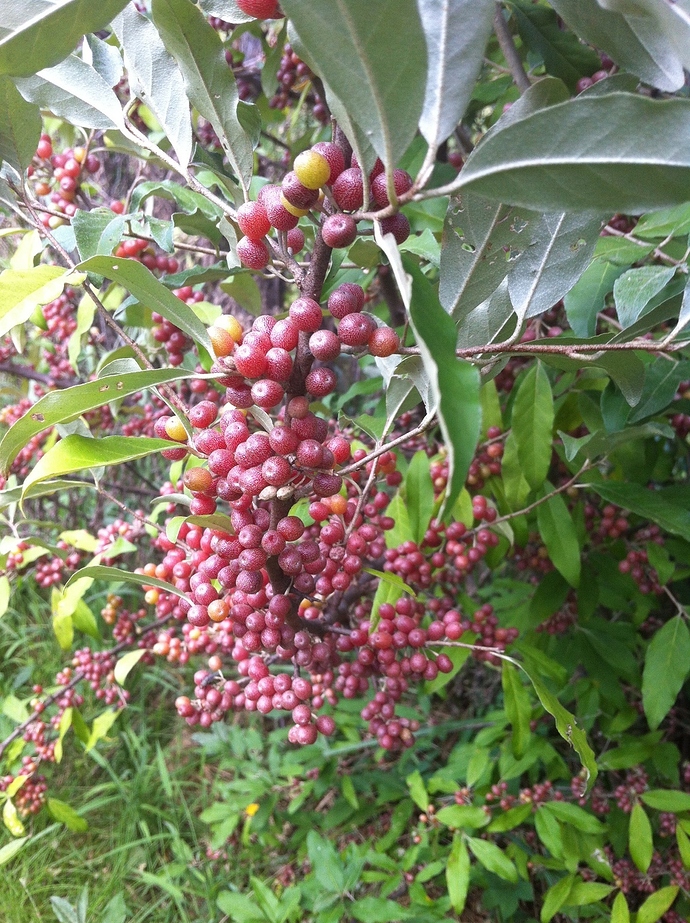 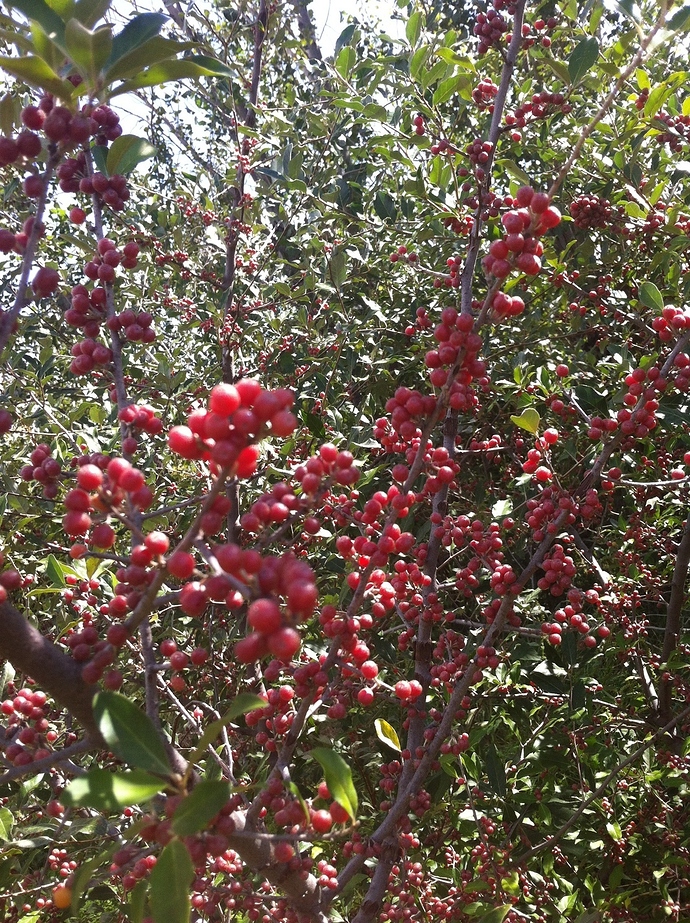 You may want to cover them with bird netting or there will be only half that once the birds come. The longer they are on the plant the sweeter they are. I’ve heard of people making AO ketchup and AO fruit leathers with them. Good luck and keep us updated.

Outstanding! I know they were sold to you as Goumi, but does anyone have a guess as to what variety of AO this is?

Bloom time in Kansas again and they are loaded! 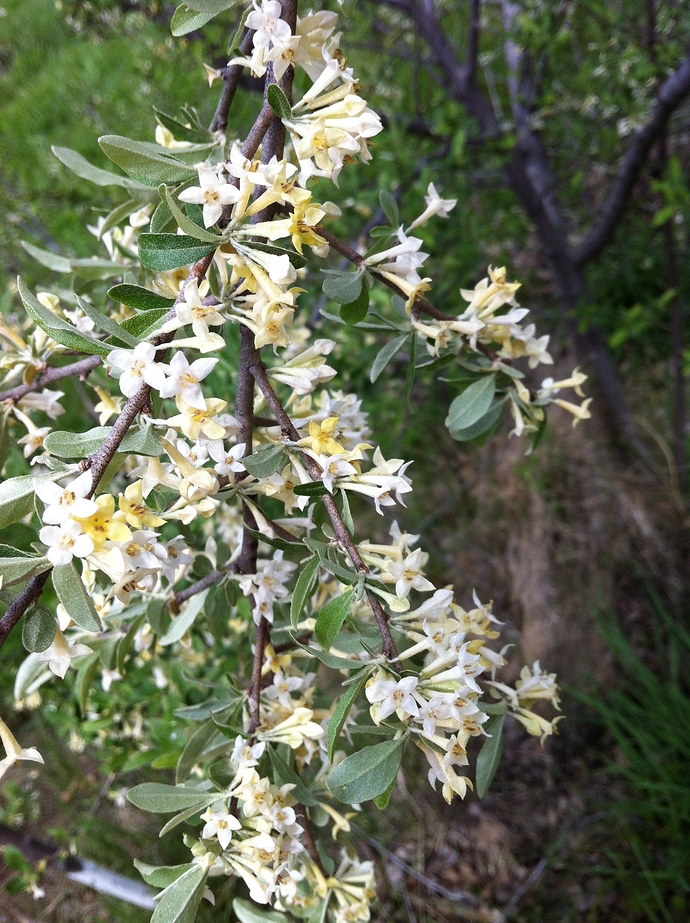 Do you find these are fragrant enough to smell them from a distance away?

I find mine bloom super heavily, but the fragrance isn’t something you notice unless right up in the plant.

Mine have a strong odor but not necessarily good because there is a lot of them. If you smell them up close no significant smell.

@irby
You asked earlier the height and I have some now that are 20’ and still growing in very poor soil. They do not establish quickly in poor soil. Have some bushes that are 4 feet tall but they will catch up to the others soon because they are now showing signs of being established.

I hope there’s a good crop this year. I just ran out of my frozen stash of juice.
There is a Wildlife management area near here that has a good stand of bushes.

Today @39thparallel and I went by to look at a gentleman autum olives and they are monsters! 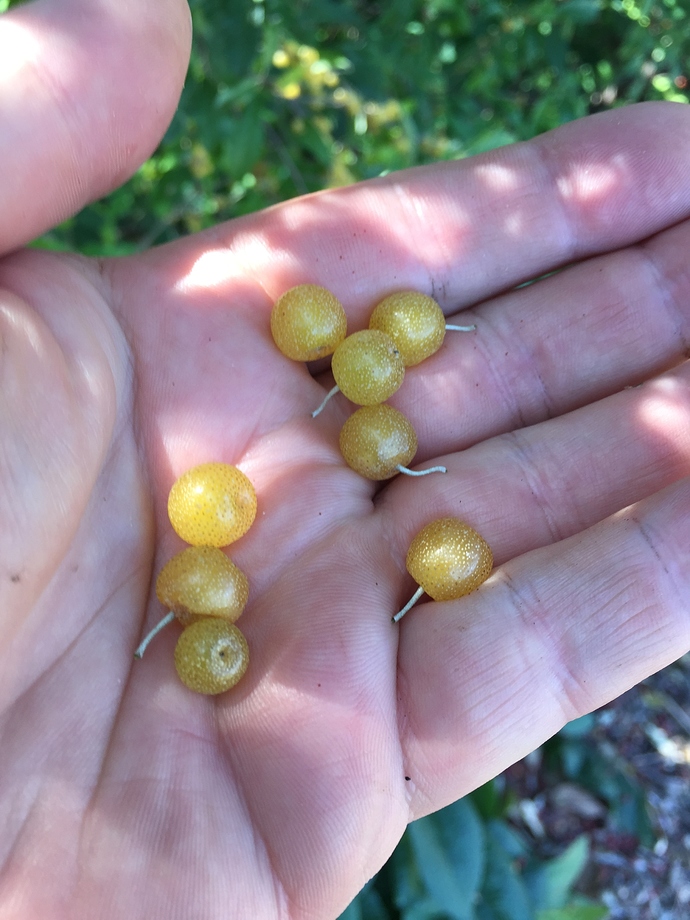 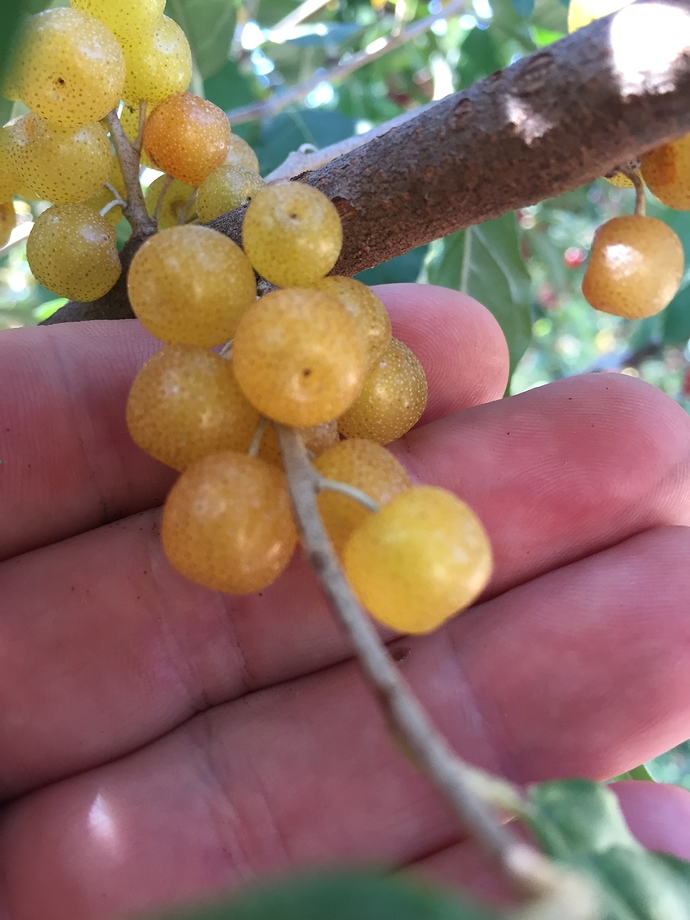 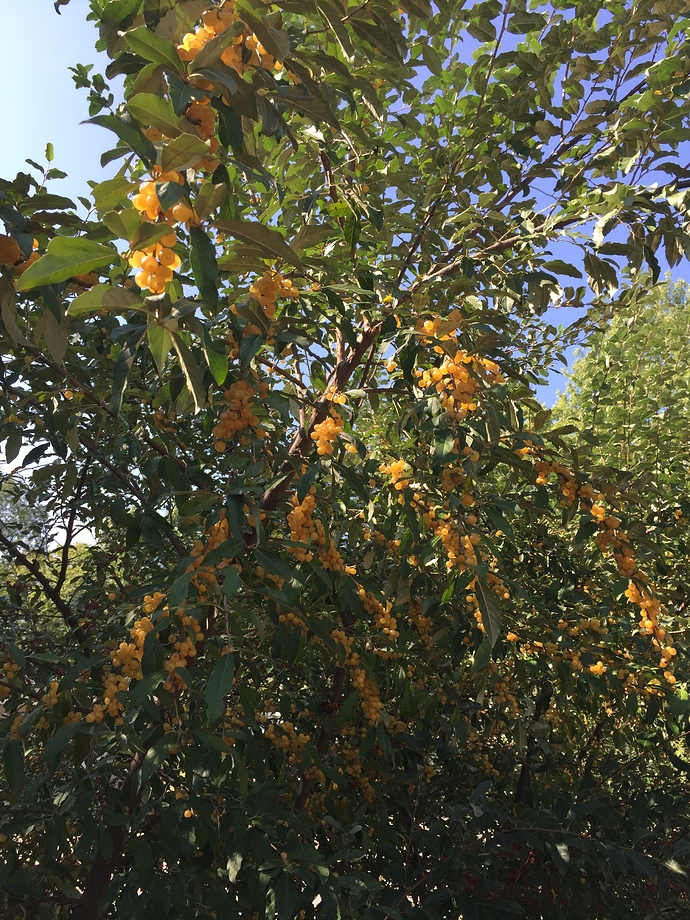 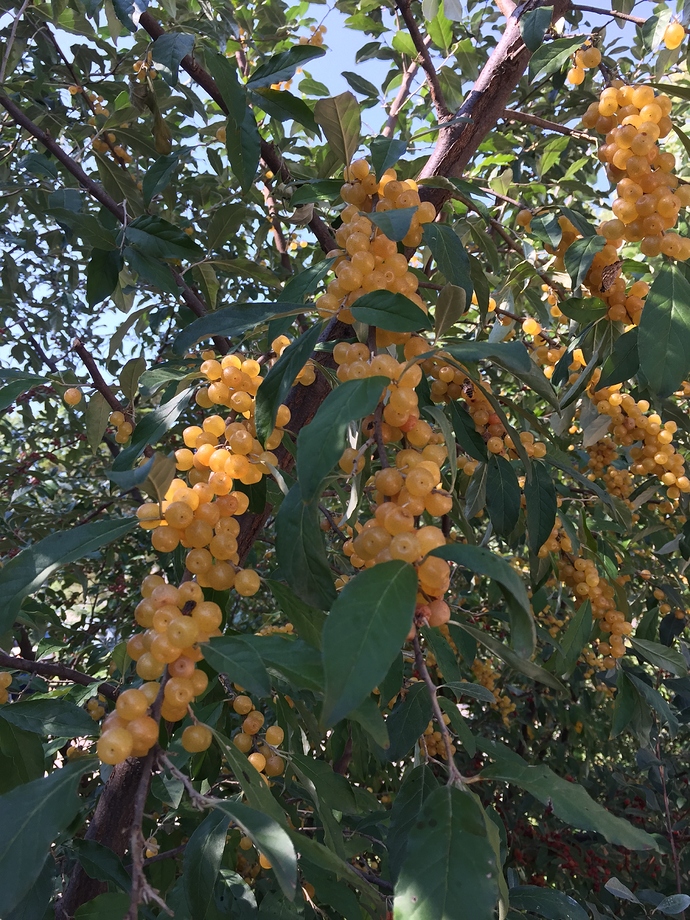 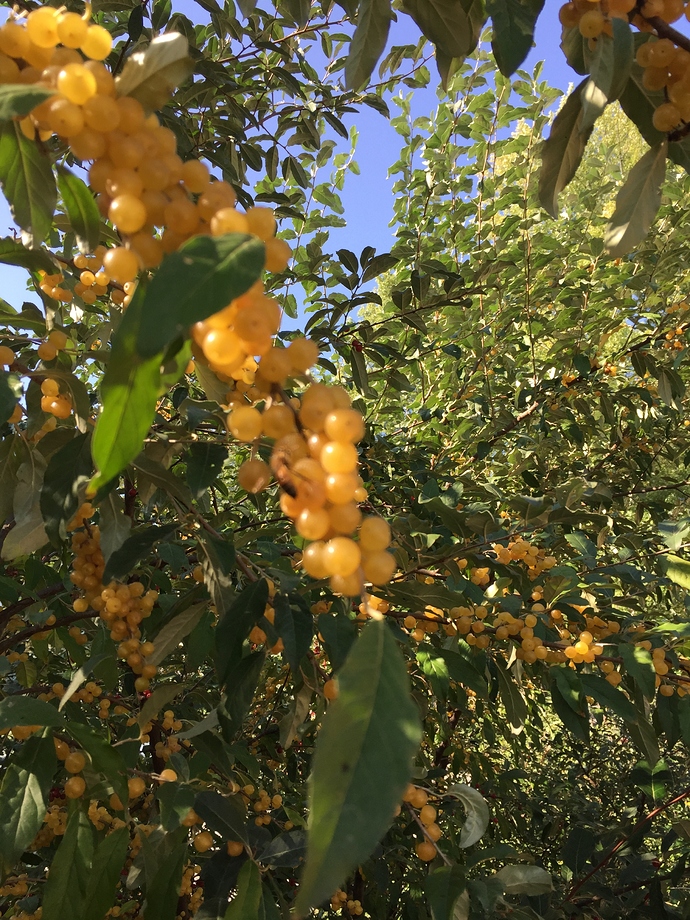 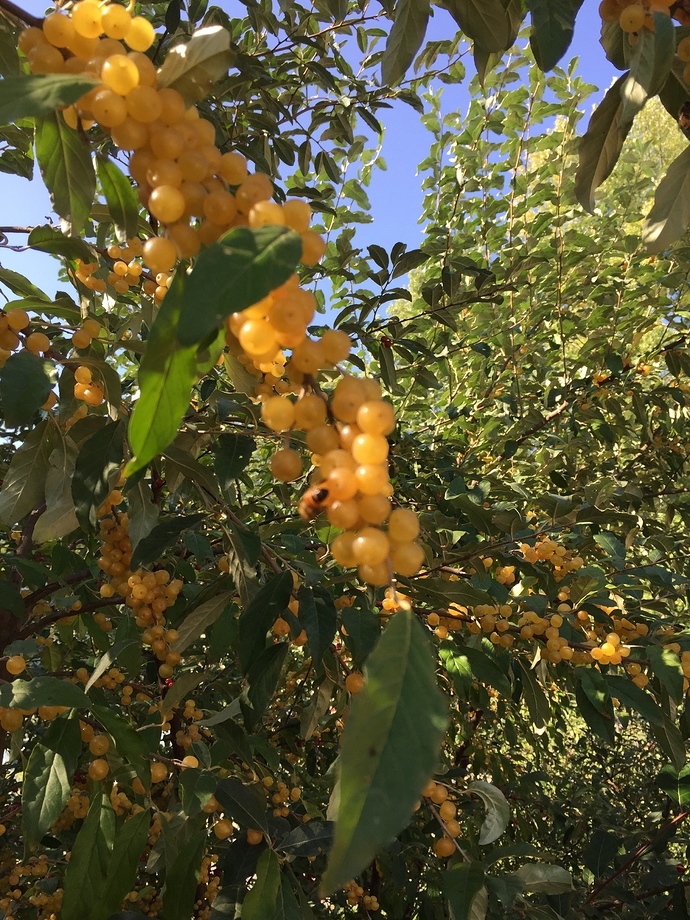 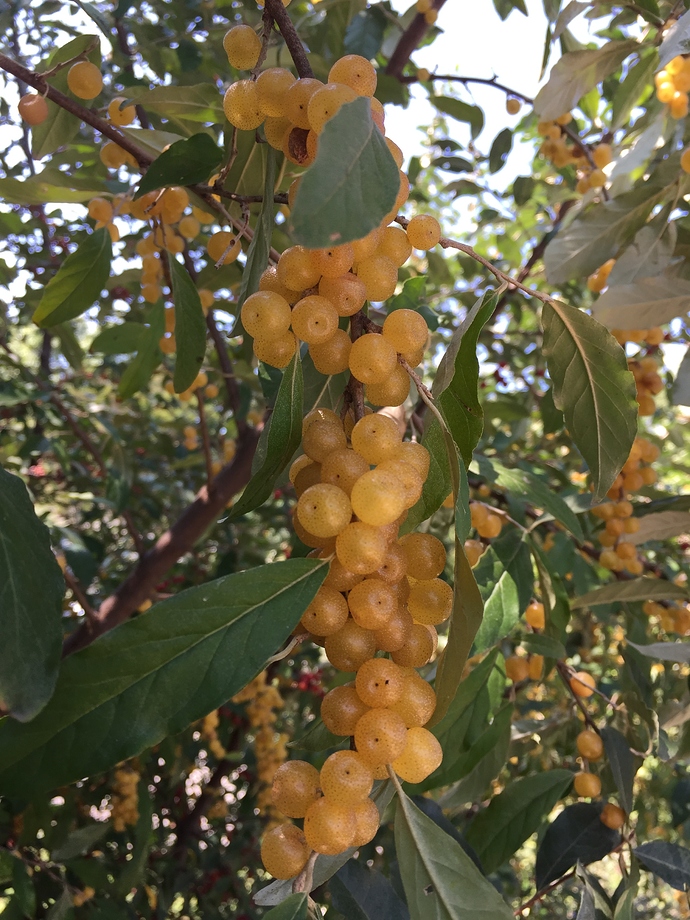 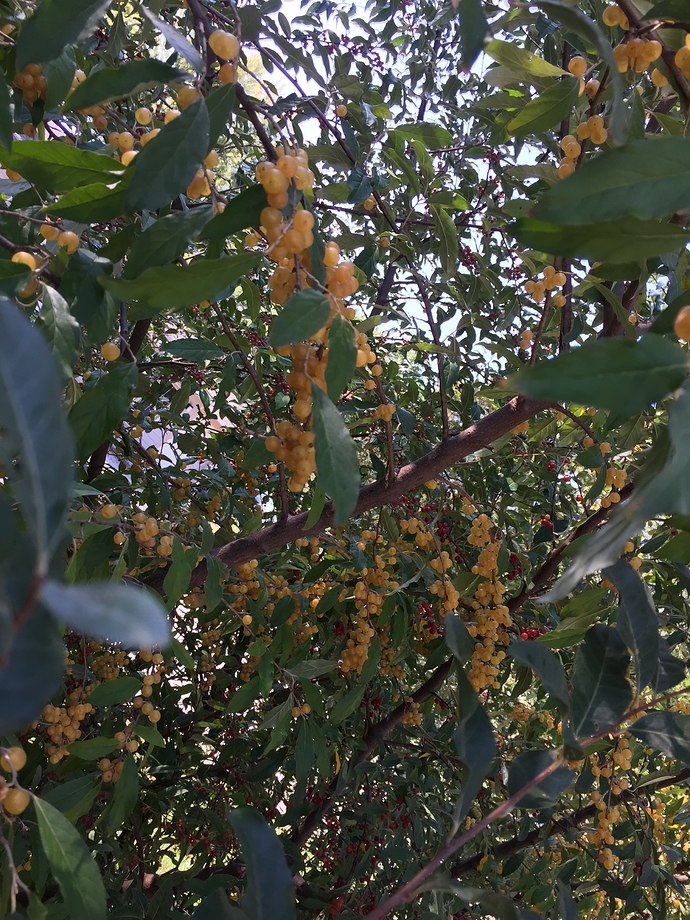