What are you dreaming of ordering for 2021?

I’ve done the same thing here over the last 6 yrs. here. turned a acre of lawn into a food forest. the ground covers are still filling in and trees are still maturing but so far is working great. i have everything planted in rows with the rows 10ft apart so mowing bis easy. bigger trees planted to the north and bushes to the south. i grow my veggies in raised beds. everything else is all mixed in the rows. mostly fruit and berries but have some hazels, rhubarb and some medicinals in there also. put in a couple pea shrubs near the chic coop as a supplement for them. when everything gets to full production i wont have to buy fruit from the store again. my neighbors think its beautifull. i mulch around the trees and bushes with wood chips every spring but once the ground covers fill in and the trees start to shade things i won’t have to anymore.

The 6’ of growth examples were in previous years, with scion grafted onto M-111 and bare root planted then. This year I did all interstem (scion->BUD9 or G.41->M111) and only saw a max of maybe 4’ growth. Probably just the nature of those more dwarfing rootstocks? Hopefully next year they’ll put on some nice growth.

I bought a half acre lot next to my house and am clearing it but keeping a native persimmon and native mulberry. I bought 100 seedlings of pawpaw and 100 seedlings of American Persimmon. I have cultivars going for pawpaw and a few Asian Persimmon (non-astringent) for grafting in a couple years.
I found fruitwood nursery and bought 6 Pineapple Guava, a mix of astringent and non Asian Persimmon Scions. I just completed the order of a mix of green and golden fuzzy cuttings.
Like a kid in a candy store

i have some dwarf ones growing in the south facing widow in my house. they spent the summer in my greenhouse. i have a kumquat and calamondin i bought at TSC for $8 each last june. my calamondin has 4 fruit on it already and has doubled in size. the kumquat for some reason has put on very little growth. if i can keep the cat out of them i might get to taste them this winter.

if you like haskaps i highly recommend aurora and honeybee. both are heavy producers and can survive to -40f. no mater how unprotected they will shrug it off and nothing bothers them here. also starts producing in mid june even before my early strawberries. so far the birds haven’t figured out what these are yet.

A majority of my apples are sweet (or red fleshed)…so, you can run your scion wish list past me if you like? Blueberry

I have a big like for how early the haskaps are and a small like for taste. Aurora and Borealis were the first two I planted. I enjoy both, borealis being the sweeter one, but less yield and harder to find on the bush. The indigos are a week earlier than A & B. Indigo gem is a heavy yielder but just ok for taste. This spring I had a bush with 20 berries on it for the first time. I ate them all immediately after tasting the first one. I had to check my map - it was indigo treat. I have struggled to decide whether to plant the later bearing haskaps for several years. Once my raspberries start haskaps are yesterday’s news. I went ahead just in case one year I might want them. This year’s raspberry crop was small and supported my decision. There was enough to graze daily, but not enough to process or freeze or share. A year ago late September we had a very hard, abrupt end to the growing season. Most of my raspberry floricanes were damaged for a few feet or totally. Even my Boyne I was trimming 3 feet of dead wood off. So I now have beauty(soon) beast and blizzard if I need them, and if not the birds are welcome to them. In my windy country I intersperse my bushes between my plum and apple trees to serve as a windbreak and to trap snow, so they do have a purpose to serve even if I don’t eat them.

i haven’t tried the later haskaps for the same reason you mentioned. my strawberries and raspberries start producing a couple weeks later so it would be a pain to get to the berries of all 3 at the same time. i also have indigo gem/ treat. the berries are tart but i like them. they are sparse producers though so i may remove them to get more auroras which i prefer. honey bee is a little tart but still good off the bush and a heavy producer. probably use them in jams and pies mostly. i plan to try making a mixed jam of haskap/ black currant. it should taste phenomenal! i highly suggest trying currants/ gooseberries. they are completely disease free here and are very easy to grow and propagate. if you’d like to try some i could send you cuttings of the sweeter ones. just stick them in the ground, leaving 1 bud exposed, put some mulch around them and keep moist . I’ve got 90-95% that rooted.

Another source we purchased 25 seedlings from last year is Pikes Peak Nursery in Indana, PA. I’m not sure if they ship but it would’t hurt to call and ask (very affordable price per seedling on persimmons as well as pawpaws)

More paw-paws, jujubes, root stock for apple scions (haven’t decided which ones yet), and kiwiberries (I hope!) That may have to wait another year as I need to build trellises for them. Too many projects going on right now! It’s fun to see what others are growing. A lot of these fruits are foreign to me - I’m in New England so our fruit tree choices are pretty limited.

UNH’s Kiwiberry Experts to Discuss How to Grow Tropical-Tasting Fruit in N.H....

Kiwiberries are tropical-tasting fruits that have grown in the backyards and private gardens of the region for more than 140 years. Granite Staters interested in adopting this long gardening tradition are invited to learn more from UNH’s Kiwiberry...

If you purchase the kiwis this year, they likely won’t get big enough to need a trellis, maybe just a stake for now beside the plant. You could work on it and get your trellis in place for the second year of growth!

Dreaming? I am dreaming of adding a heated sunroom onto the side of the house so that I can order more citrus! I want some kind of lime, a new kumquat as I killed the last, and some figs would be nice too… Maybe a vanilla vine.

The leaves have falled off the trees here and the primary colors when I look outside are brown and gray. This is certainly the time of year for dreaming. =)

Why does Raintree no longer take credit cards?

that’s weird, they took cards just a few weeks ago when I put in my bare root orders. can you do a credit card through paypal?

I was mildly annoyed that they charged my card immediately when they might not ship for six months, but oh well I guess

Good to know…I’ll probably do Burnt Ridge Nursery again if I order anything from Washington State.

I cannot answer specifically to why Raintree isn’t accepting CCs, but can say that many retailers can no longer eat the 2-5% fees attached to CCs. Profits have been reduced so significantly that they can no longer make money and accept CCs.

Apple is all about “pay to play”. After all consumers are using their phones to make payments. They therefore feel entitled to a cut…

Ever wonder why you can add cards from some banks to ApplePay and not others? Some banks have caved to their demands and give them a % of every transaction. Others just haven’t given in, yet…

Still that’s just a small slice of the fee card merchants are subjected to: 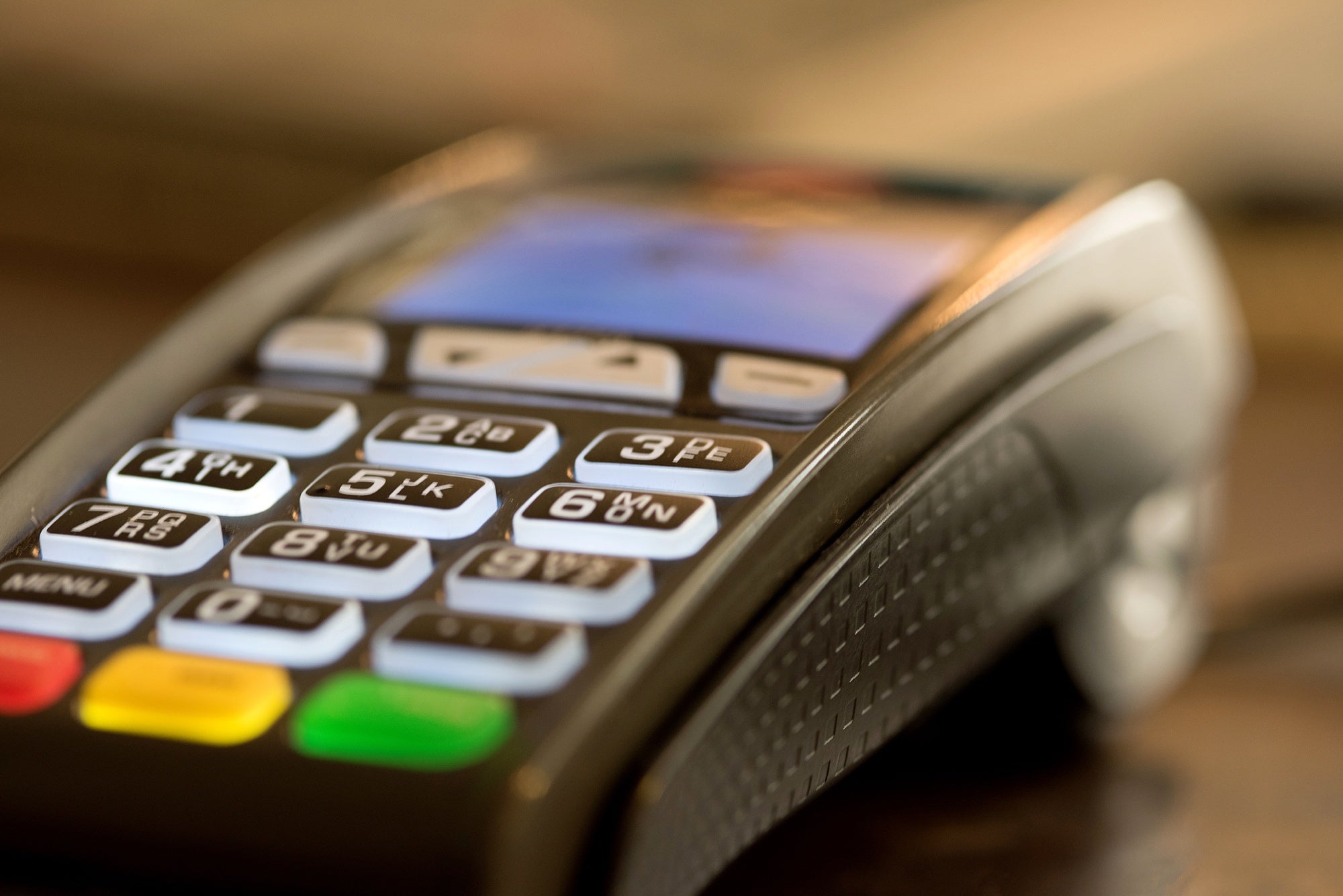 Average Credit Card Processing Fees and Costs in 2020 | The Ascent

Credit card processing fees can add up to a big expense for merchants. Here are the average fees and costs for many issuers and payment networks in 2020.